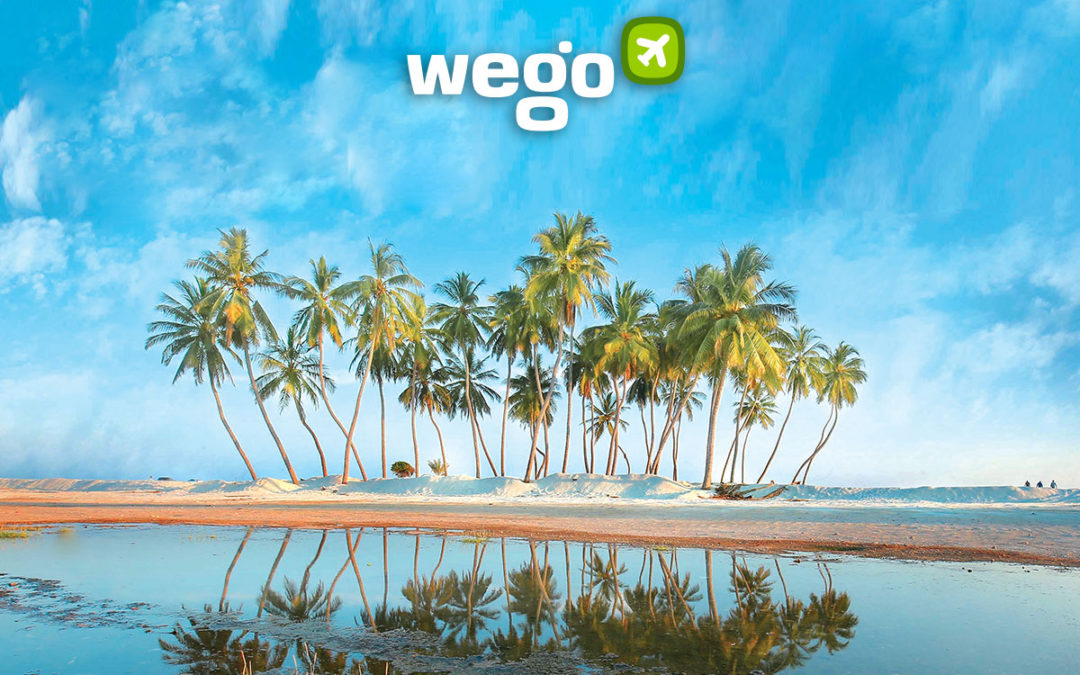 10 Best Places To Visit & Things To Do In Salalah, Oman

Seemingly a world’s apart from its industrialized counterpart in northern Oman, serenity still reigns in the coastal city of Salalah (صلالة). Among its numerous enviable epithets, Salalah is known as ‘the bride of the Arabian Sea,’ no doubt a reference to the natural beauty bestowed upon the city by both the Omani mountains and the Arabian Sea. Come alkhareef (autumn/monsoon season), Salalah’s beauty is further enhanced as the arid land is magically transformed into a misty oasis courtesy of the monsoon clouds and their constant drizzle. 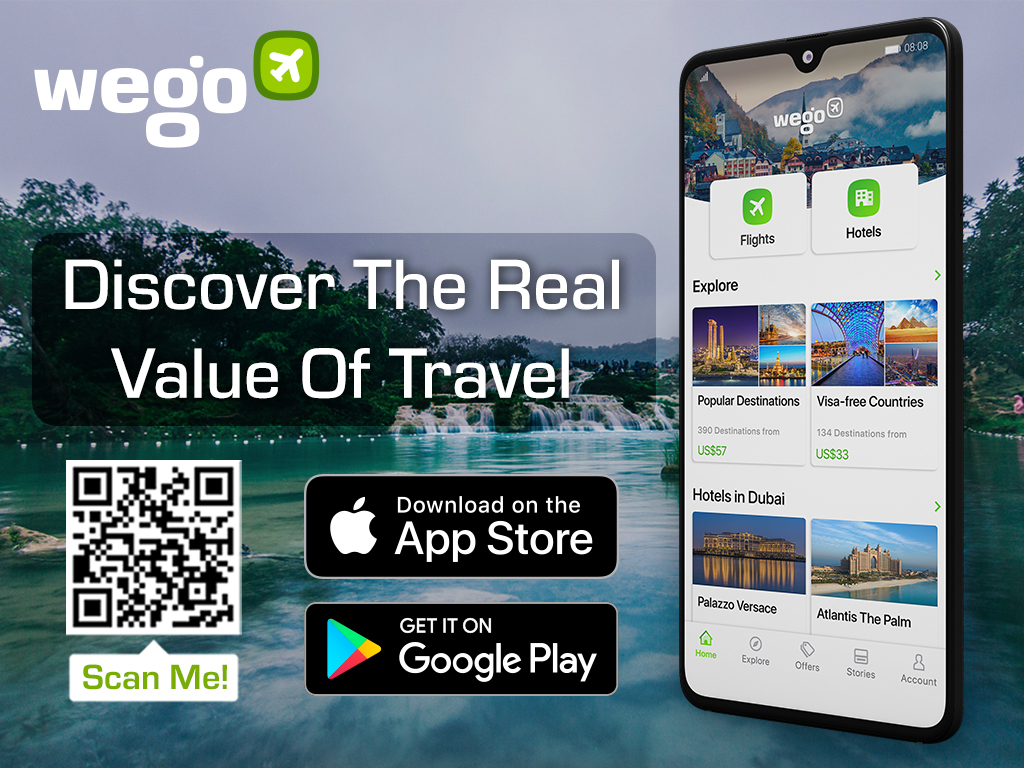 Salalah is also brimming with history, as exemplified by the numerous archaeological sites and historical incense plantations. The latter along with the incense museum are testaments to the city’s role as the cradle of the incense trade route. Indeed, Salalah and the Dhofar region in general hosted a flourishing trade route which had enabled merchants in days of yore to trade Arabian frankincense and myrrh for a variety of goods originating from India, South East Asia and parts of Africa.

With its rich historical pedigree and natural beauty, an excursion into the fabulous region of Salalah and its surrounding areas allows us to unearth numerous vestiges of the distant past along with sandy beaches, nature reserves as well lagoons populated by flamingos.

Here are our top picks of the 10 best places to visit and things to do in Salalah.

Rejoice in the Salalah Festival 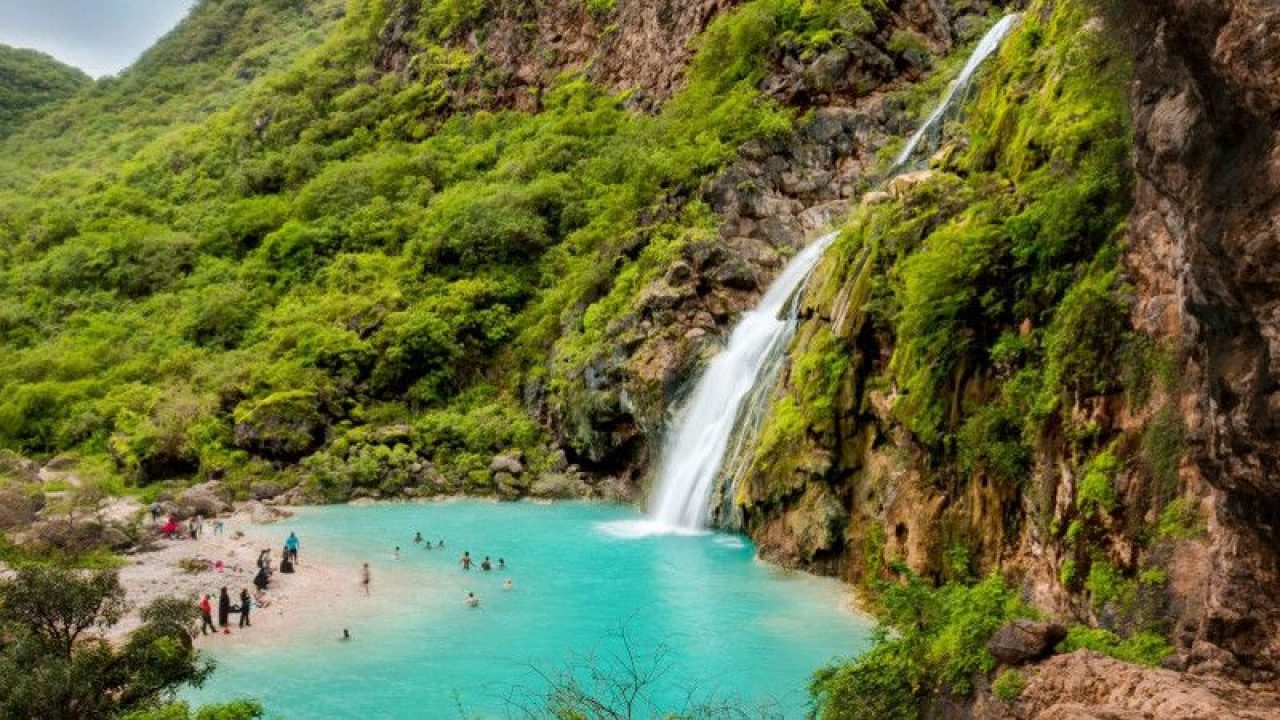 One of the main reasons why both domestic and international tourists visit the city is a certain particularity known as the Salalah Festival. For most of the year, the average temperature in the Middle East can reach a boiling 45° C (113° F), but from the month of July to September the temperature plummets dramatically as the monsoon season arrives. Seasonal rivers and waterfalls sprout as the landscape morphs into a verdant green pasture almost overnight. Locals and visitors welcome this brief respite by rejoicing in lively festivities highlighted by numerous funfairs, cultural shows and food stalls peddling kebabs and shawarma.

Hit the beaches of the Dhofar region 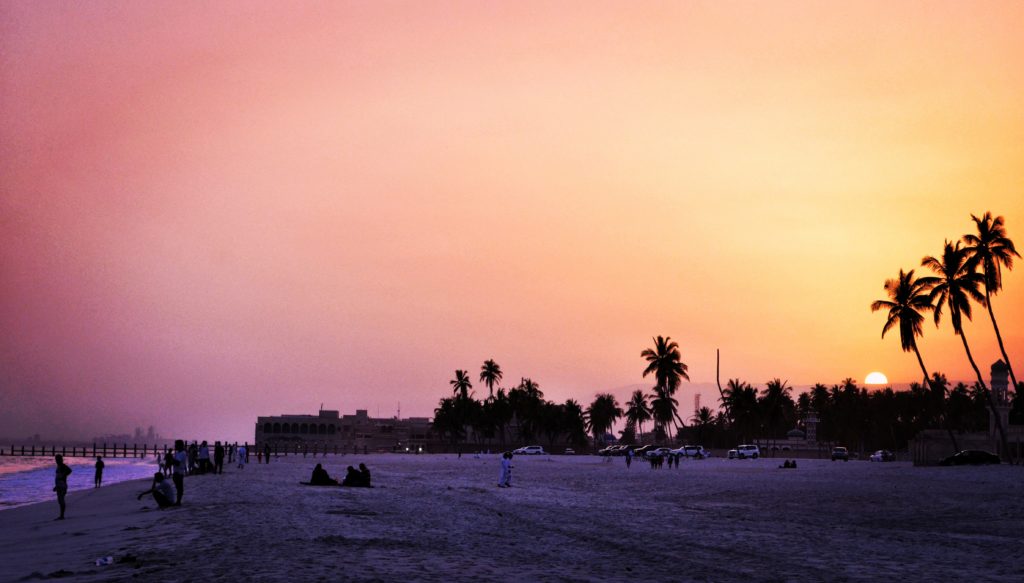 Surrounded by lush vegetation, the beaches of Dhofar offer varied and immaculate landscapes not limited to sand and sea alone. For example, visitors may find hidden coves and caves amidst the hollow rock walls of the towering cliffs. Picturesque lagoons populated by flamingos have also mesmerized tourists and biologists alike due to their unique environmental properties. Among the region’s most beautiful beaches are Al Mughsayl beach, Raysut beach and Al Hafah beach, most popular with diving and water skiing enthusiasts.

Offer incense at The Tomb of Job 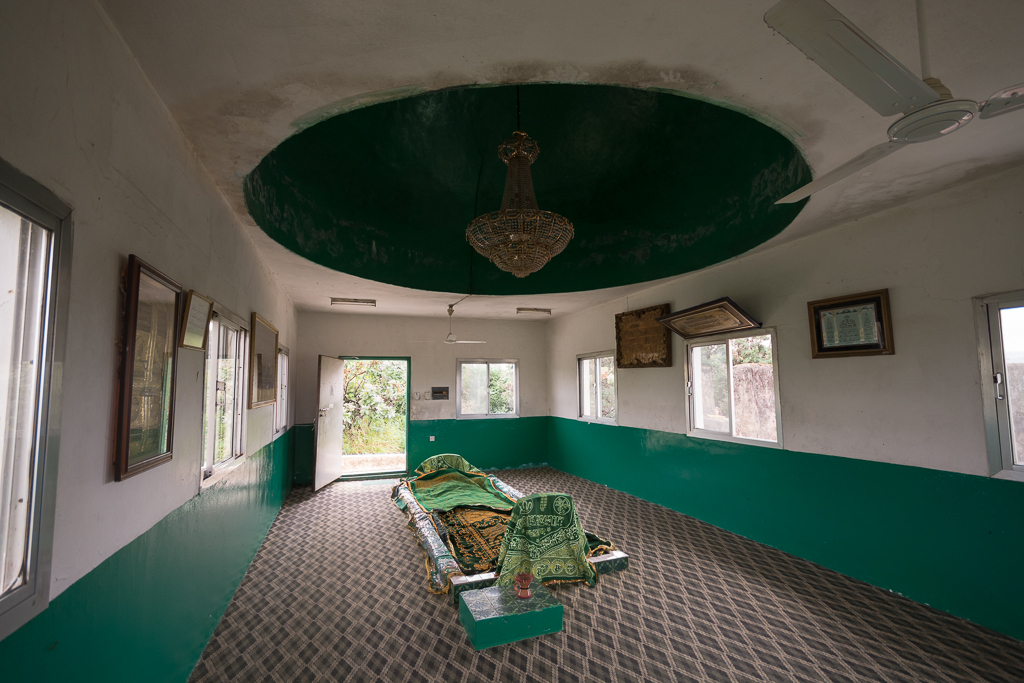 In the hills overlooking the city of Salalah, the Tomb of Job (Ayoub/Iyov) regularly attracts pilgrims looking to pay their respect to the Prophet by way of offering incense and prayers. Indeed, this site is considered sacred not only to Muslims but to all adherents of three Abrahamic religions. The tomb itself is surrounded by gardens and is quite modest and unassuming. 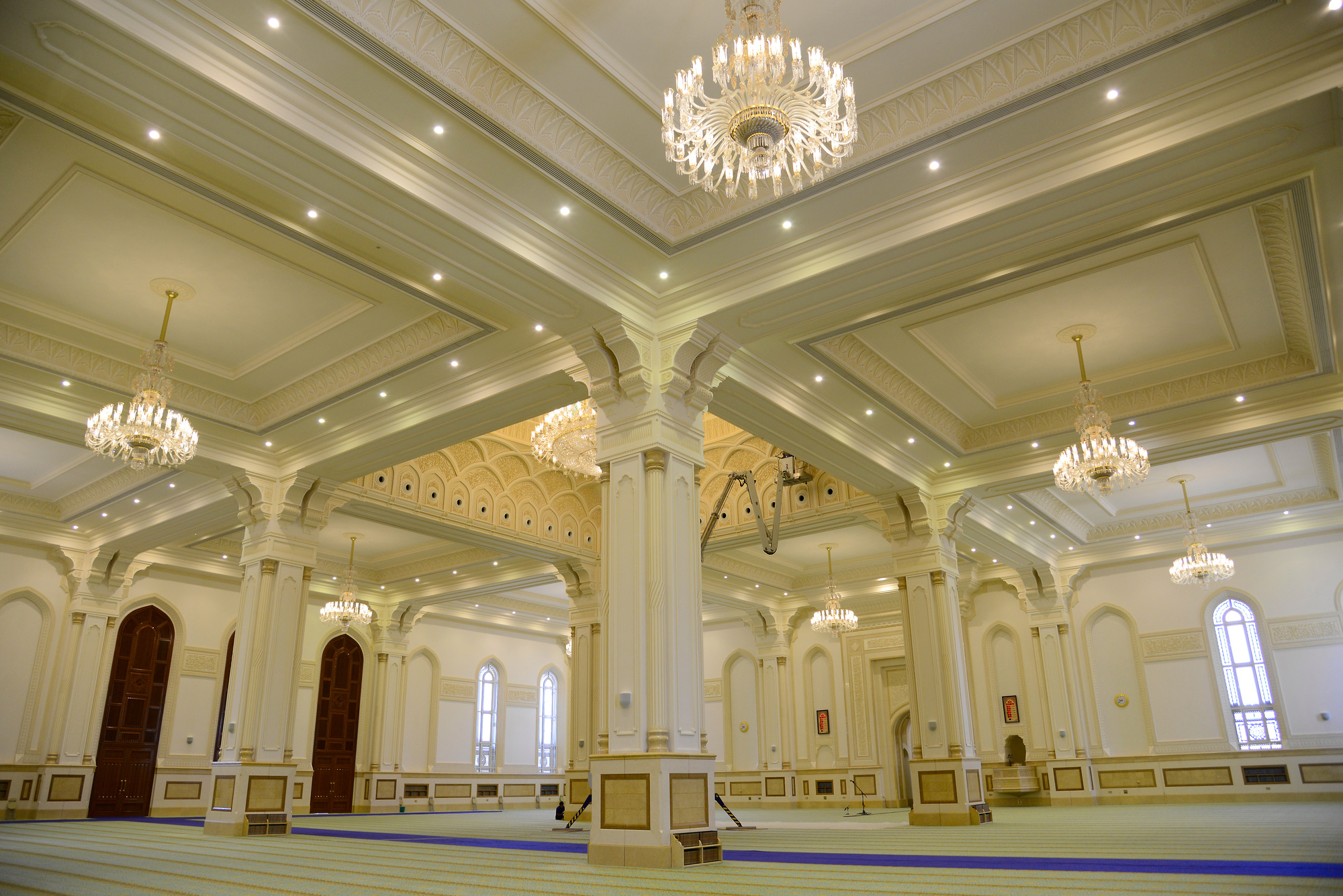 There’s a total of 32 mosques bearing the name of His Excellency Sultan Qaboos, with the one located at the heart of the city being the most exquisite. A centerpiece of the city, this grand mosque serves not only as a place of worship but also a sanctuary for those looking to engage in deep contemplation.

The structure’s architecture reflects a deep affinity towards Islamic and Omani aesthetics, with its distinctive crystal lanterns, handmade rugs and intricate motifs embedded into its walls. All are welcome to visit and enter the mosque, providing they adhere to certain requirements mainly pertaining to head coverings and modest clothing. 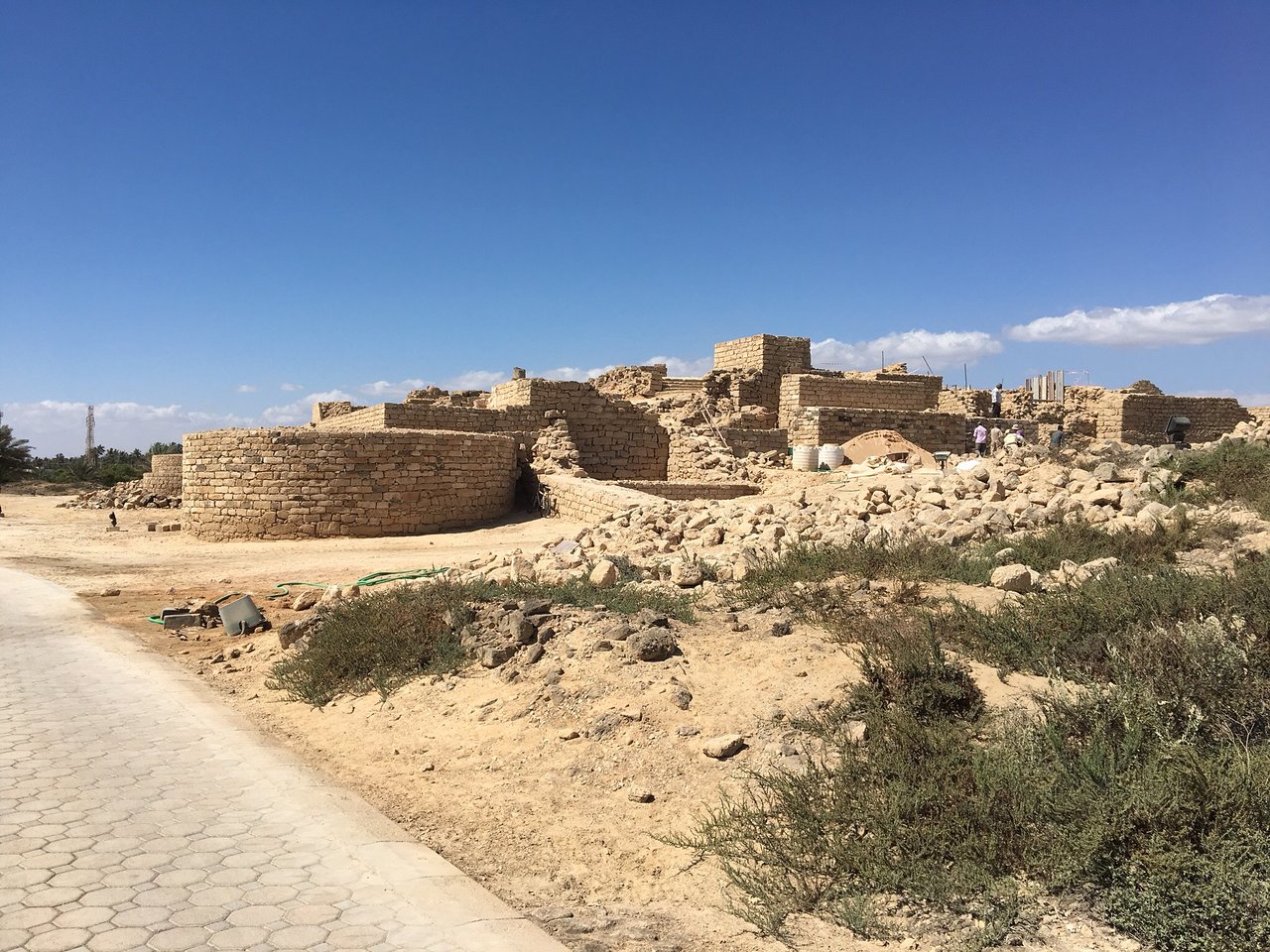 Listed as one of UNESCO World Heritage sites, Al Balid is a remnant of an ancient city where visitors may observe the ruins of a palace as well as a large mosque. Historians suggest that this truly ancient city predates Islam with its origins spanning 4,000 years BC. At the height of its influence, Al Balid served as an important port connecting the Arabian Peninsula with major trading powers such as China, India and Europe.

Watch dolphins or enjoy the scenery via a boat trip

If you’re looking to relax and appreciate the beauty of Salalah, you can’t go wrong with a boat tour. The city offers the chance of spotting dolphins with all their playful antics via a short boat ride. The boat tour typically lasts for two hours with a bigger boat may be arranged to fully accommodate your group. Alternate boat tours are also available should you wish to embark on a quiet and romantic journey onboard a traditional Omani wooden boat.

Visit the old city of Samharam 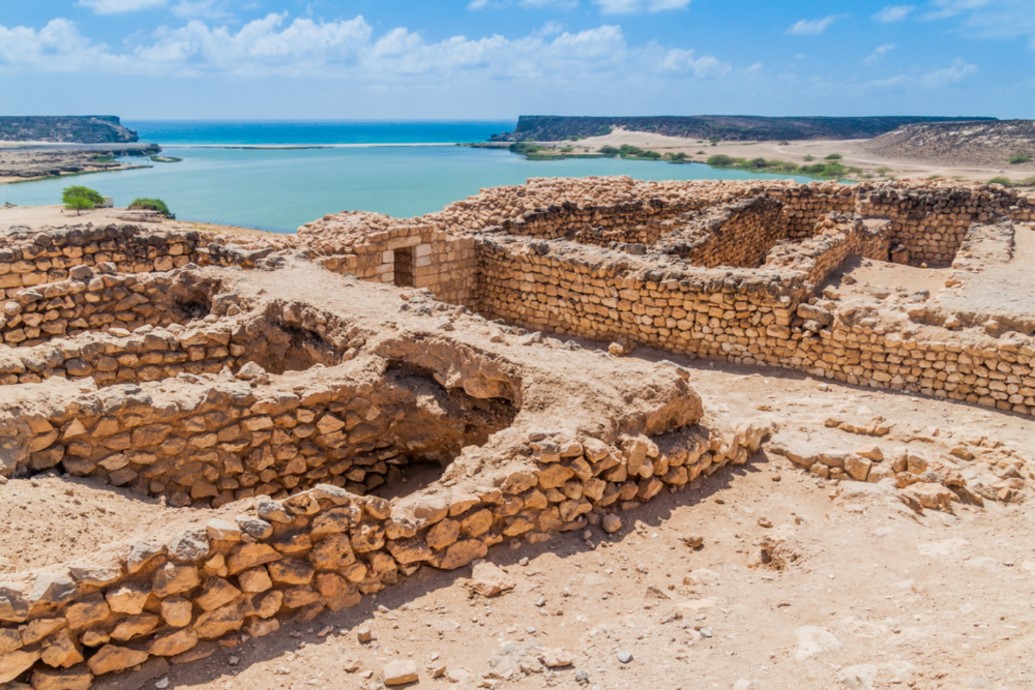 The old city of Samharam is renowned as a part of the ancient frankincense trade route. Royalties across India, China and Europe eagerly awaited the delivery of the famed Arabian incense commissioned through the port city of Samharam. A stroll through this heritage site offers insight into how the ancient civilization lived their lives in a city inexorably linked to the frankincense trade route. The nearby archaeological gallery sheds further light with the presence of a guide who’s exceedingly versed in the city’s history. 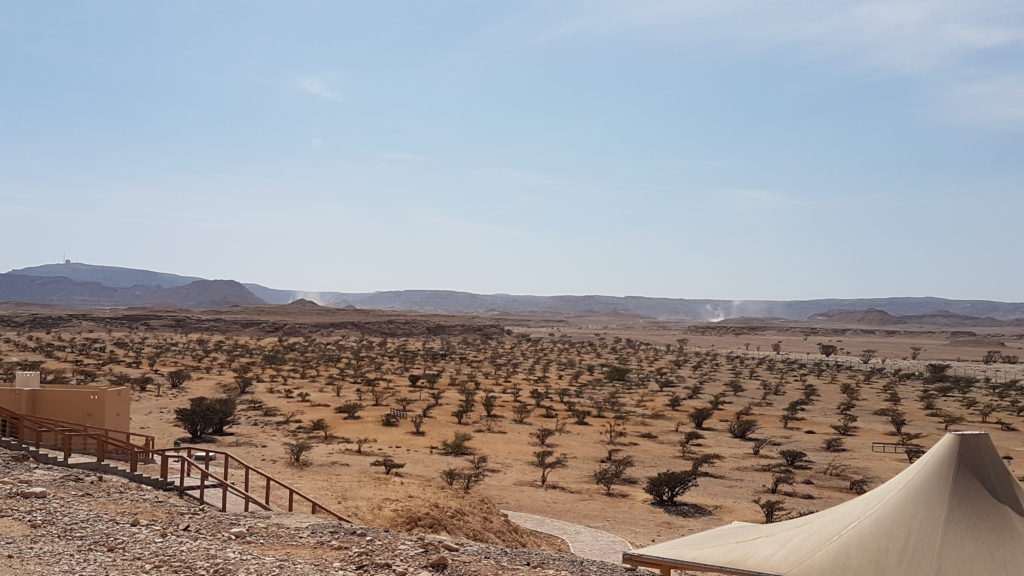 If all this frankincense business interests you, the next logical step would be to visit the the Wadi Dawkah Natural Park and learn about the process of extracting frankincense from the trees for which the country is famous for. Let yourself be intrigued by the traditional methods of sap extraction as the relaxing scents emanating from the 1,200 trees keep you company. Although the Park receives a good amount of visitors, facilities are surprisingly minimum.

Get the best deals for hotels in Salalah

Unearth the Lost City of Ubar 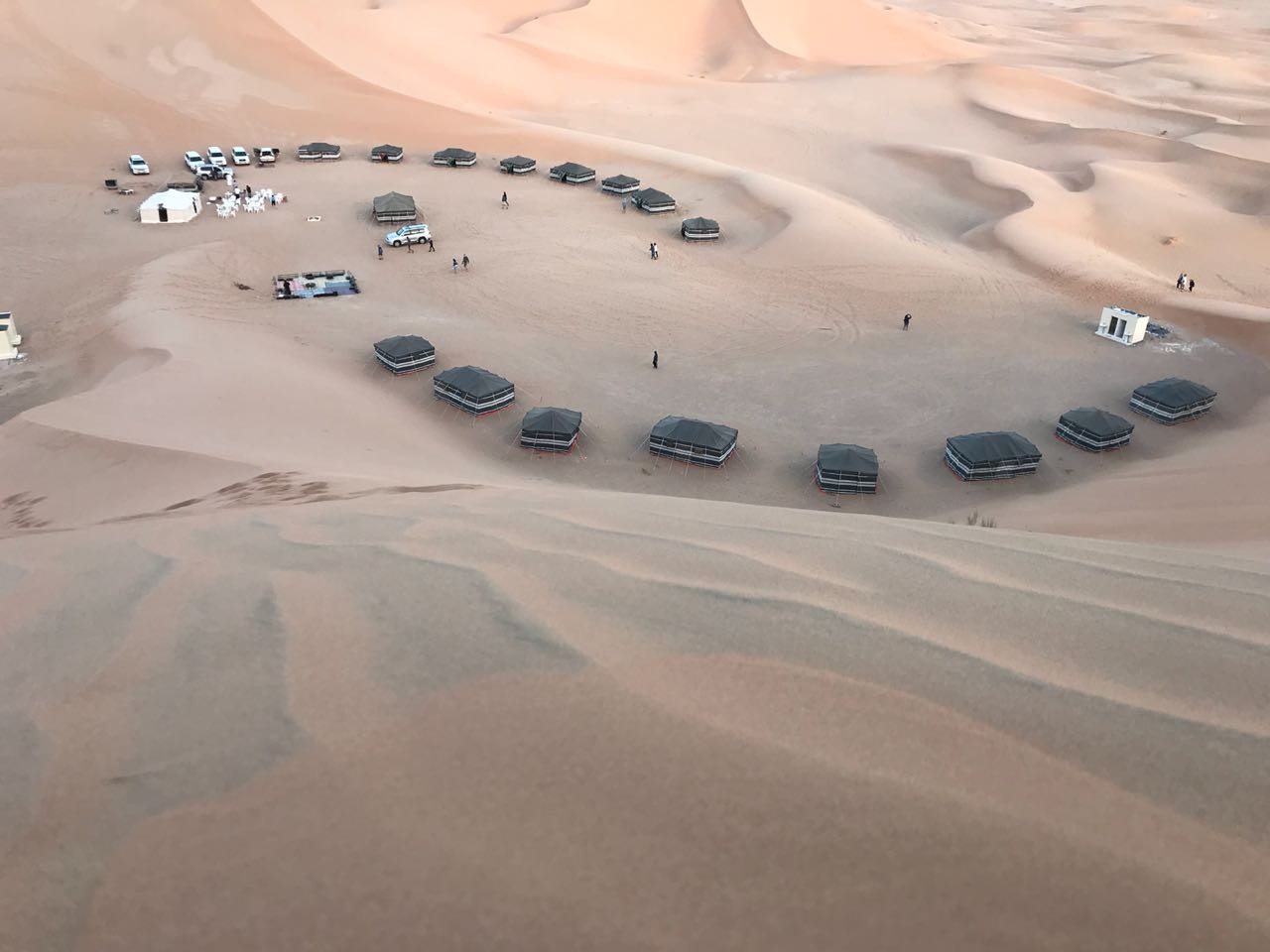 Well, sort of. Ubar, the city of immeasurable wealth punished by God for its vanity, has yet to be unearthed, unfortunately. You can, however, charter a private vehicle and knowledgeable guide and head off to the Rub al Khali desert and marvel at its breathtaking landscape. Huge sand dunes and authentic Bedouin settlements will allow you to alleviate some of the disappointment of not being able to visit the submerged city of Ubar.

Mingle and Shop at the local Souq 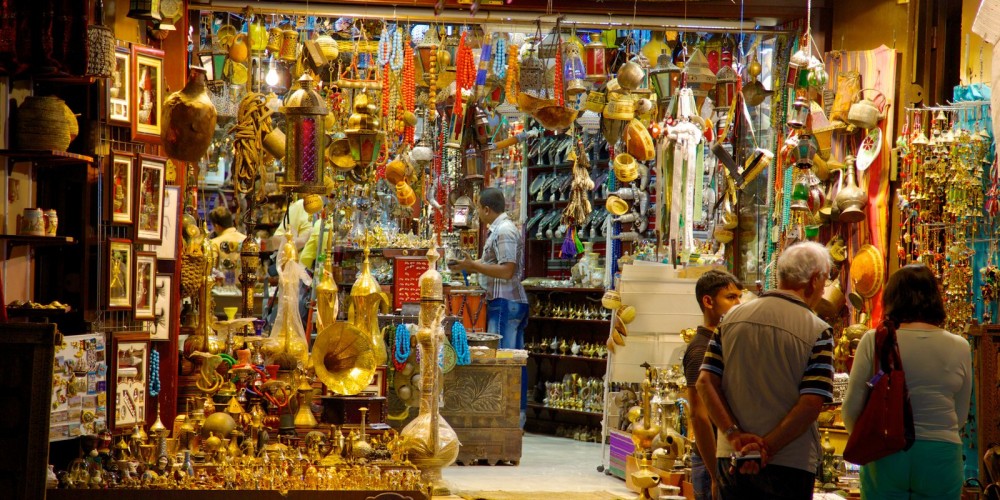 Traditional souqs are a must when visiting any Middle Eastern city. Brush shoulders with the jovial Salalah people, experience the local delights and uncover pearls of the local craft typically in the form of perfumes, frankincense in a variety of grades, myrrh and traditional garments. The frankincense in particular would make for an authentic gift due to its strong but pleasant scent. 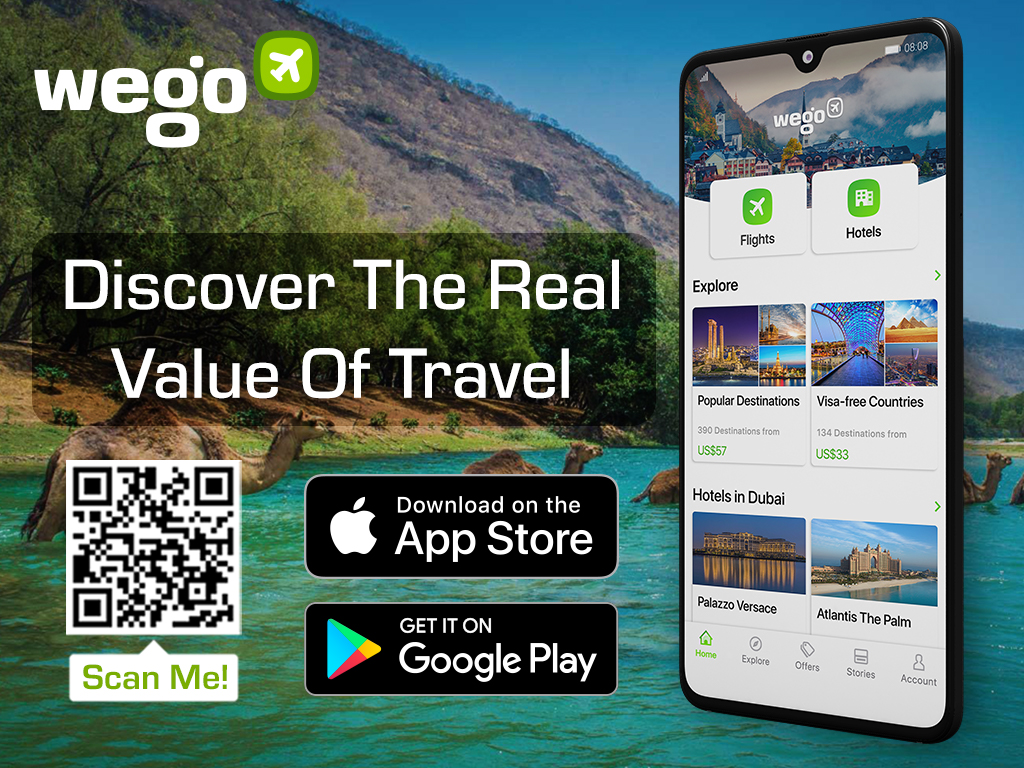