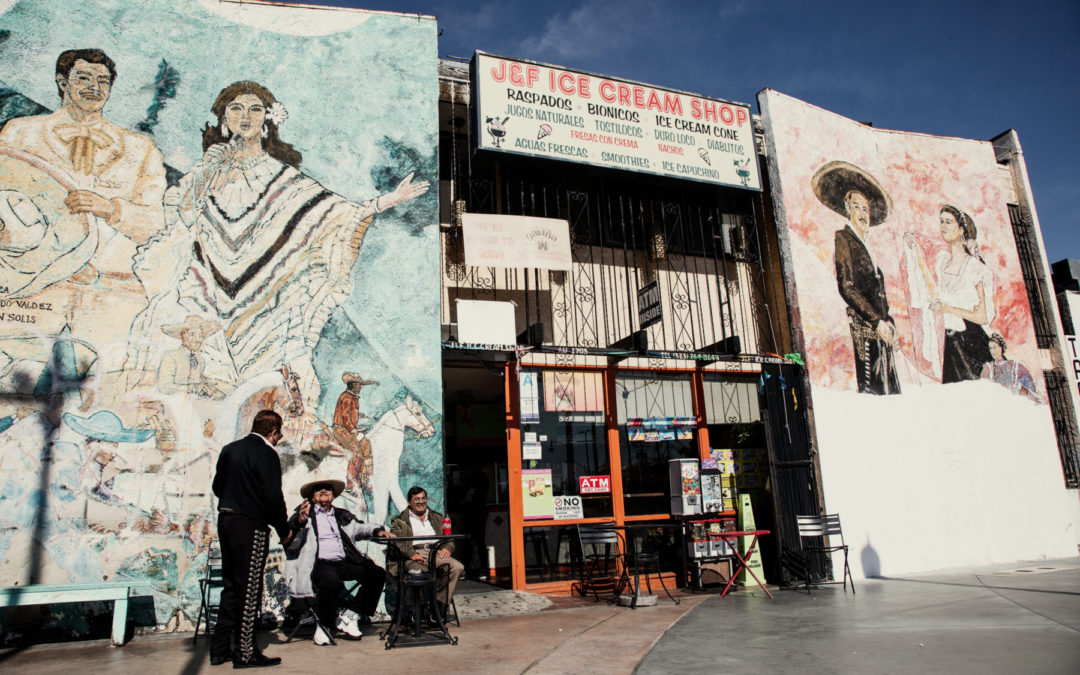 Around the World in One City: 10 Vibrant LA Neighbourhoods That Let You Savour Different Cultures

In a city that’s most well-known as the purveyor of the silver screen, Los Angeles has established its identity by thriving on imagination, creativity and street-wise hustle. Hollywood relentlessly churns out cinematic images of fantasy, relying on the compelling nature of fiction to sustain the industry. Feeding that imagination is a cosmopolitan mix of races and ethnicities since its first days. 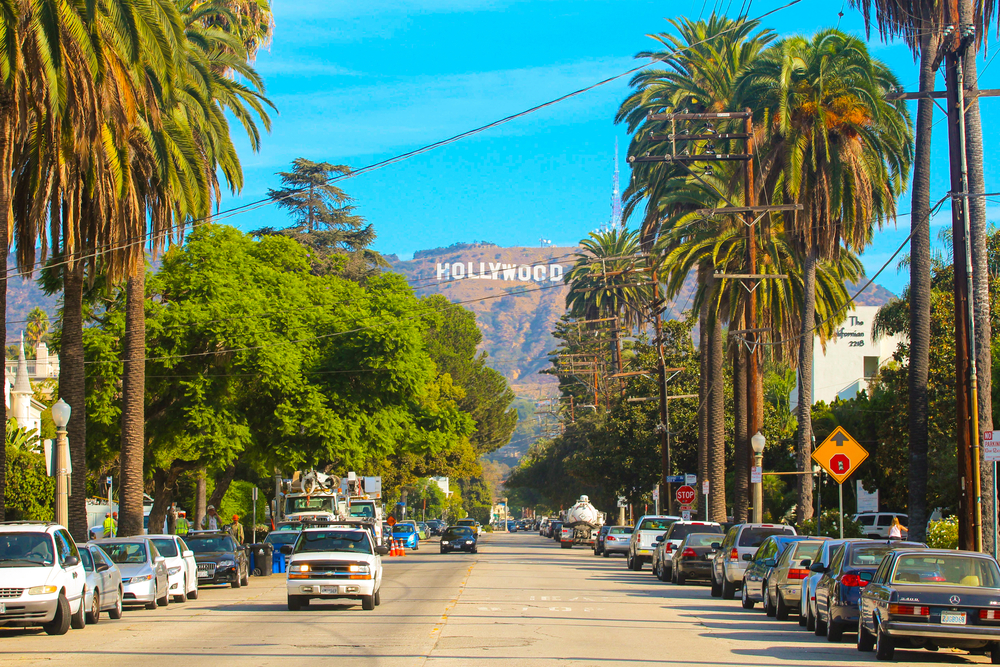 Built by an influx of immigrants during the frenzy of the 19th-century wild west and gold rush, attracted to the lucrative opportunities that California offered. LA has since been a home for generations of diverse communities from all over the world. Today, it is a polyglot of cultures spread over its landscape, congregating in certain areas. 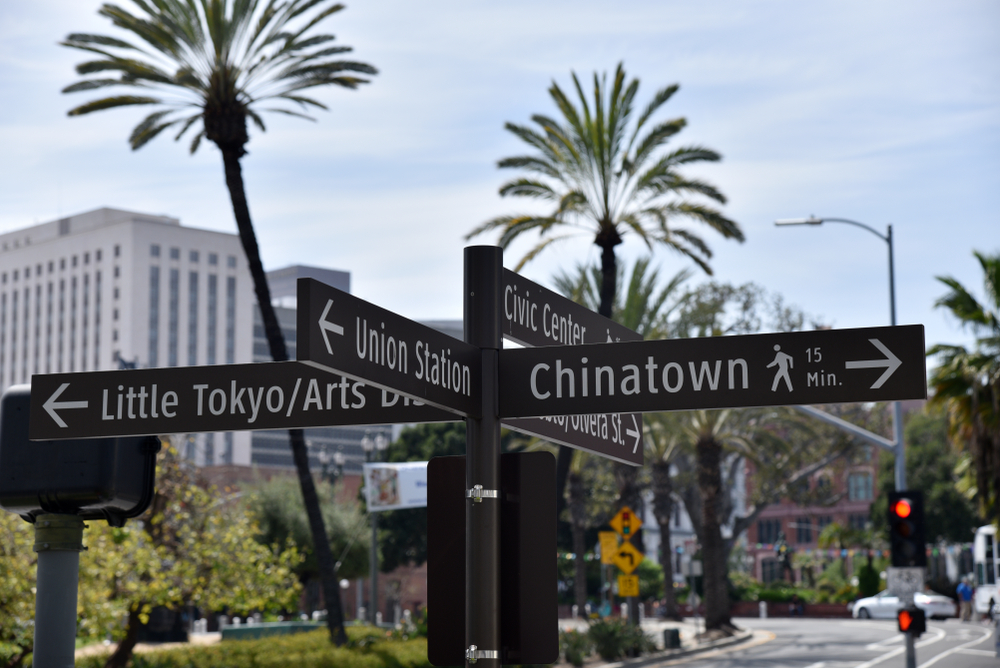 Exploring these different areas gives you a globe-spanning glimpse of other nations. Unlike the classic Jules Verne tale, you don’t need 80 days to go around the world. Take an engrossing trip through these places and enjoy the diversity of culture within the City of Angels. 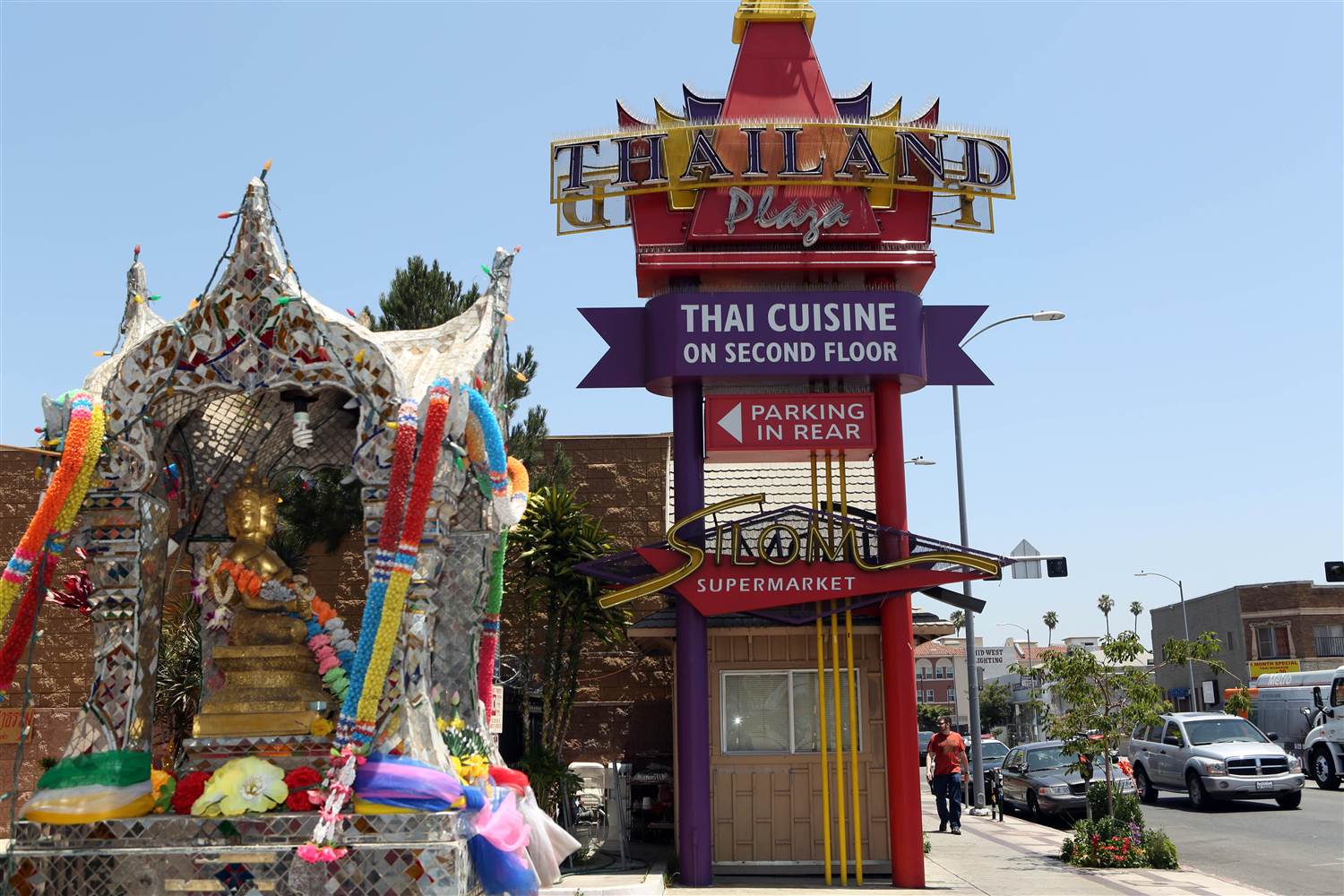 Ensconced within a six-block area in Los Feliz, the largest Thai community outside of Thailand proudly displays their culture and lifestyle for everyone to enjoy. Packed with colour, sights and flavours, this is the place to get your fix of Thailand’s vibrant soul. Thailand Plaza is a complex of Thai treats, from Salacca-flavored milk drinks and Thai snacks, and is a great place to start delving into Thai culture. 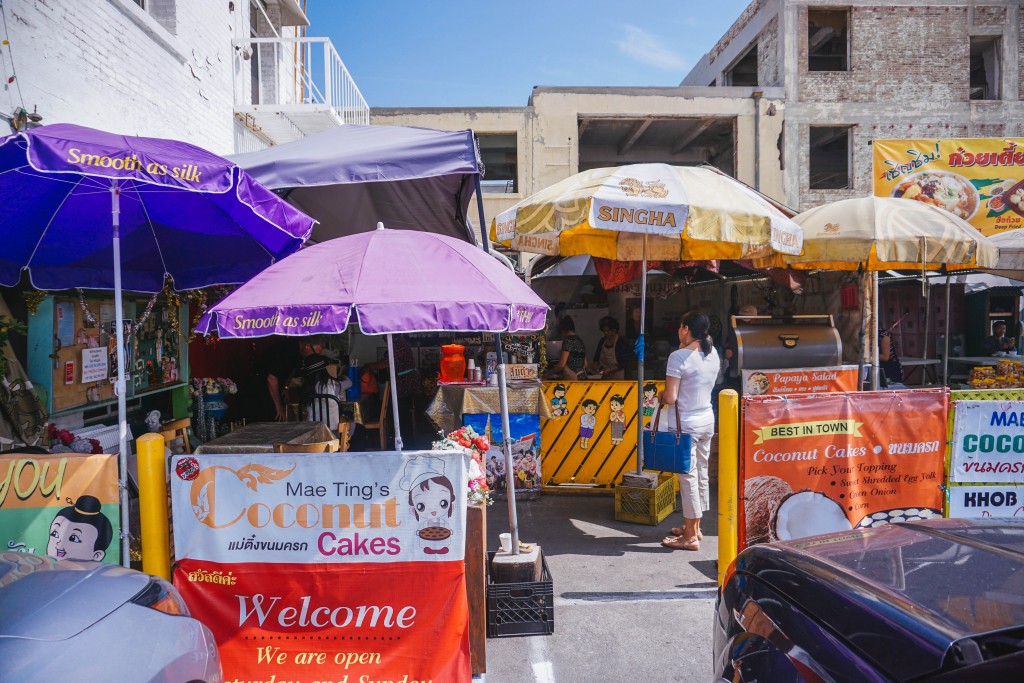 But as you stroll amid the Buddhism-inspired architecture and ornaments, your nose can’t ignore the signature smells of Thai cuisine. The array includes Hoy Ka’s authentic noodle soup and Darabar Secret Thai Cuisine’s range of splendid Thai tastes. Restaurants might be cramped, but it only adds to the ambience.

If you need to unwind, round things off with a Thai massage or karaoke session, or take in the sights casually, with a refreshing Thai iced milk tea in hand. 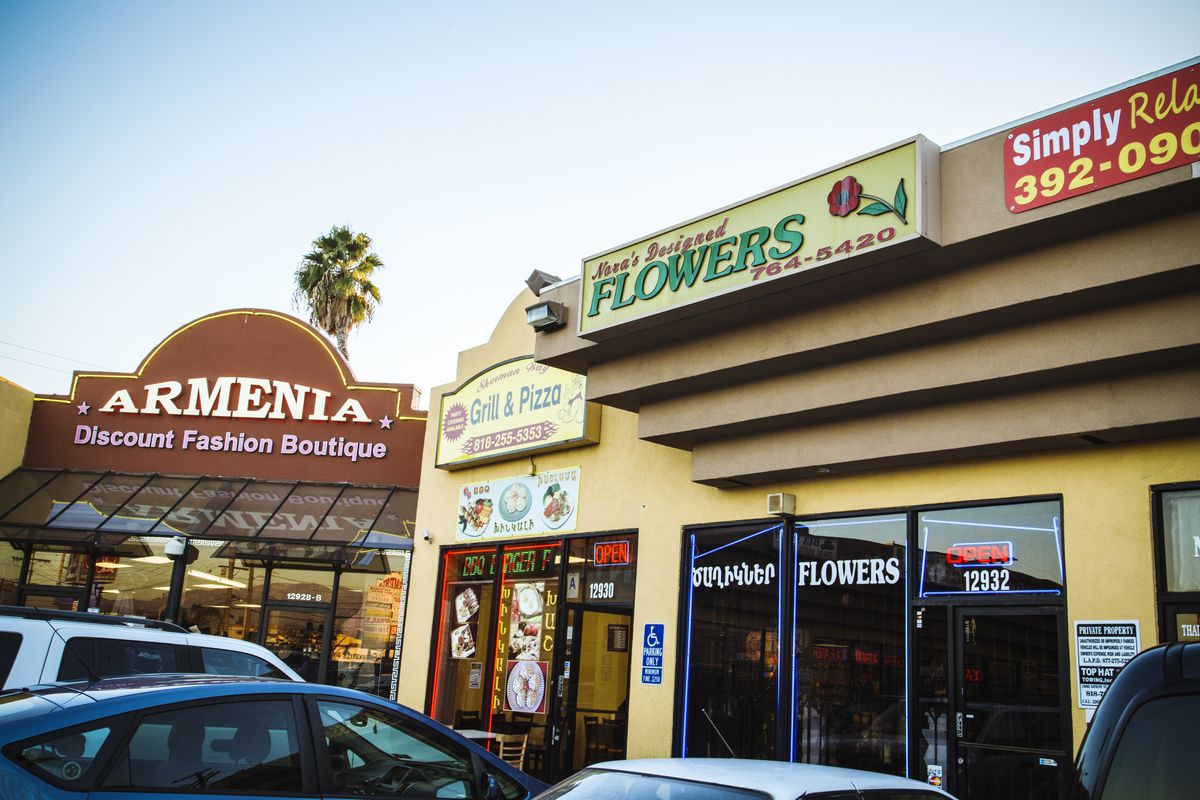 Right next to Thai Town, a proud Armenian culture continues to thrive and intrigue, much like their prominent figures who have made their mark on America. What began as a refuge for Armenians fleeing from the country’s violent conflicts, evolved into a slice of home, as shops and restaurants featuring Armenian delights sprang up alongside poignant tribute murals.

Despite the American facades, solidarity manifests in the diasporic community, tied together by values of family, religion and kindness. 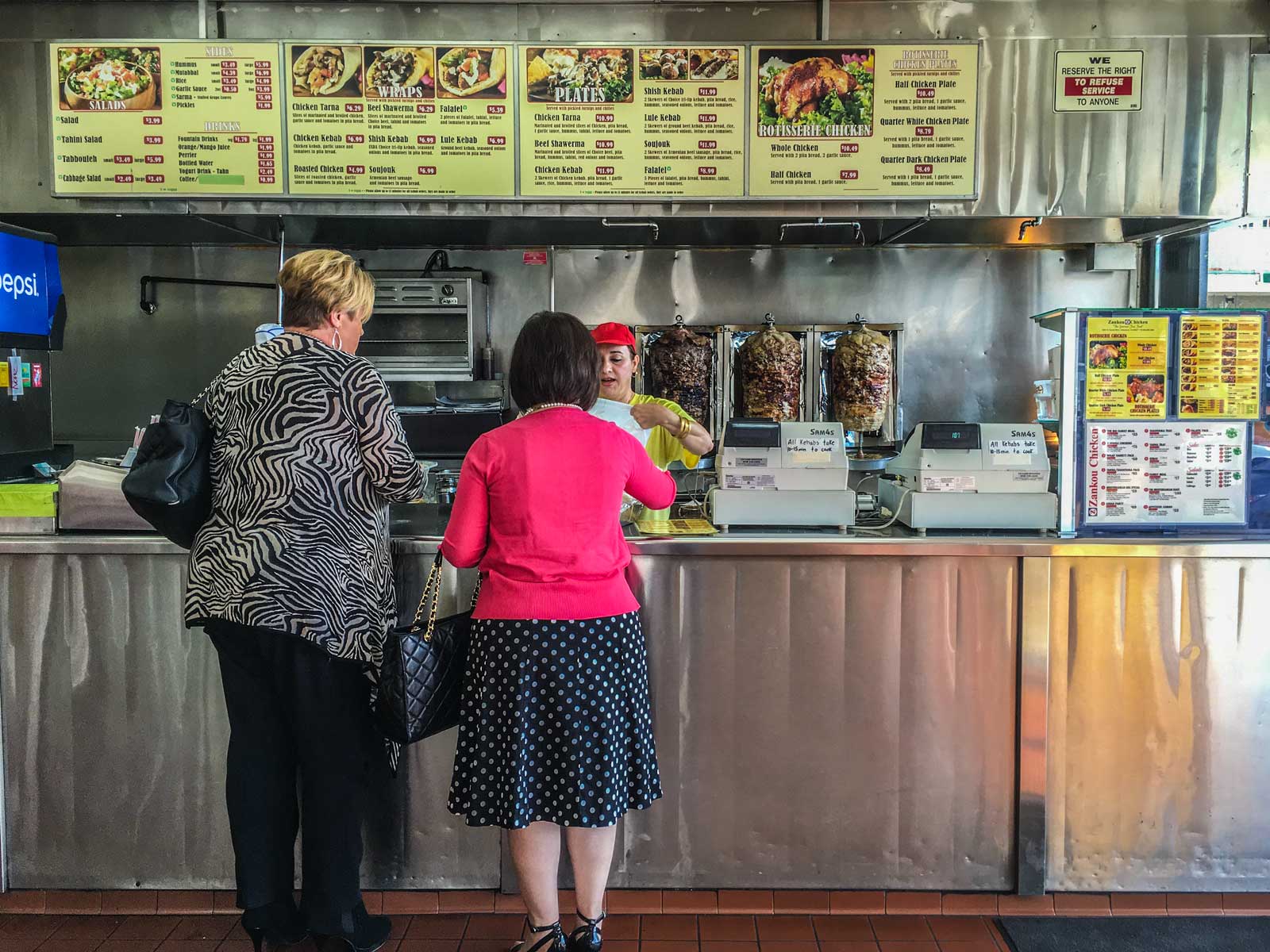 Fresh ingredients constitute the tantalising Middle Eastern fare at Carousel Restaurant, while Sasoun Bakery offers Armenian bread and pastries just out of the oven. The Ukranian Catholic Church features compelling Orthodox facades adorning the sanctuary. But ultimately, it’s the industrious people who brought these cultures over that give Little Armenia a sentimental, inviting, warmth. 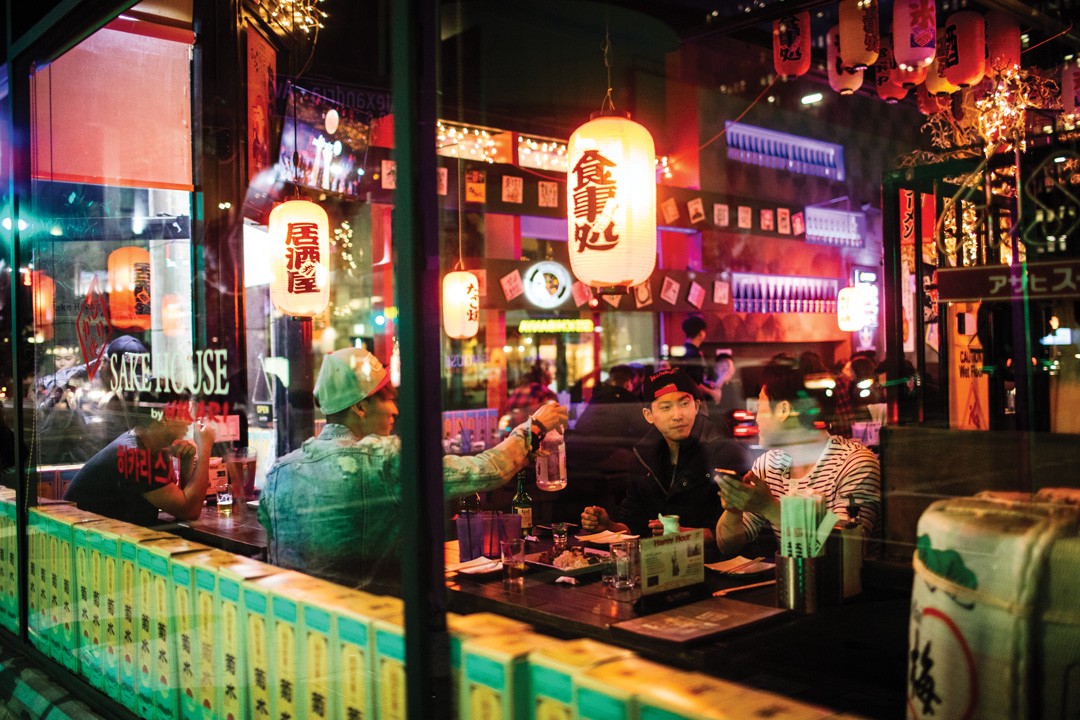 With K-Pop gaining popularity in the US, Korea is quickly endearing itself not just to Americans, but also to the world. And in Koreatown, you’ll find plenty in the Korean culture that fascinates and attracts. The Pot Bar at Line Hotel offers delectable infused soju, the Korean spirit of choice. Kobawoo Restaurant’s lettuce-wrapped pork belly slices are an explosion of Korean taste. 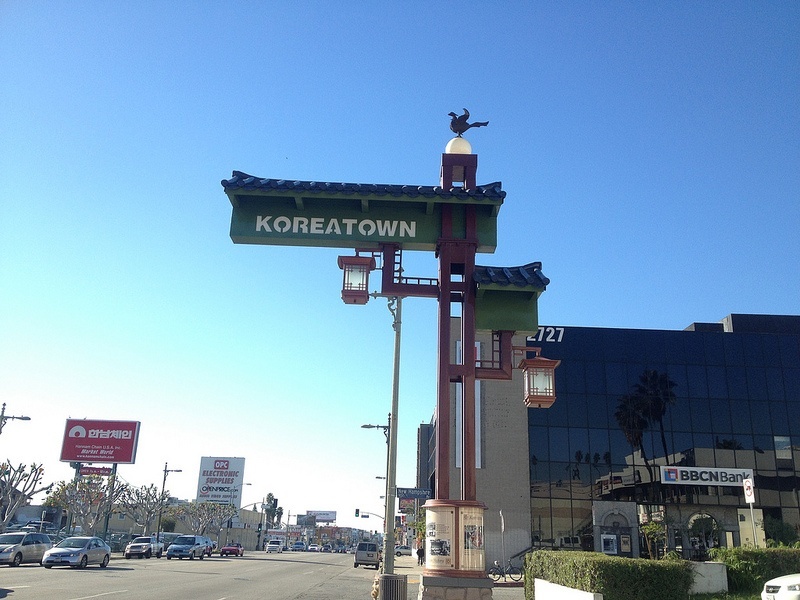 Along the main street of Korean signboards, you’ll find restaurants, shops and BBQ joints blending into Ktown’s buzzing energy. With more than 100,000 Koreans residing in Los Angeles, the collective spirit of its culture will have you bouncing with excitement.

A short distance from Koreatown, this enclave representing the best of Filipino culture is lesser-known but just as vibrant. Restaurants like The Park’s Finest BBQ serve American cuisine with a heavy Filipino twist. But for a deeper dive into more exotic local foods, check out Dollar Hits for servings you’d find on a Philippines street corner.

Unidad Park is a vibrant gallery of artworks featuring famous Filipino figures, landmarks and events, making for a vivid overview of the Philippines’ history. 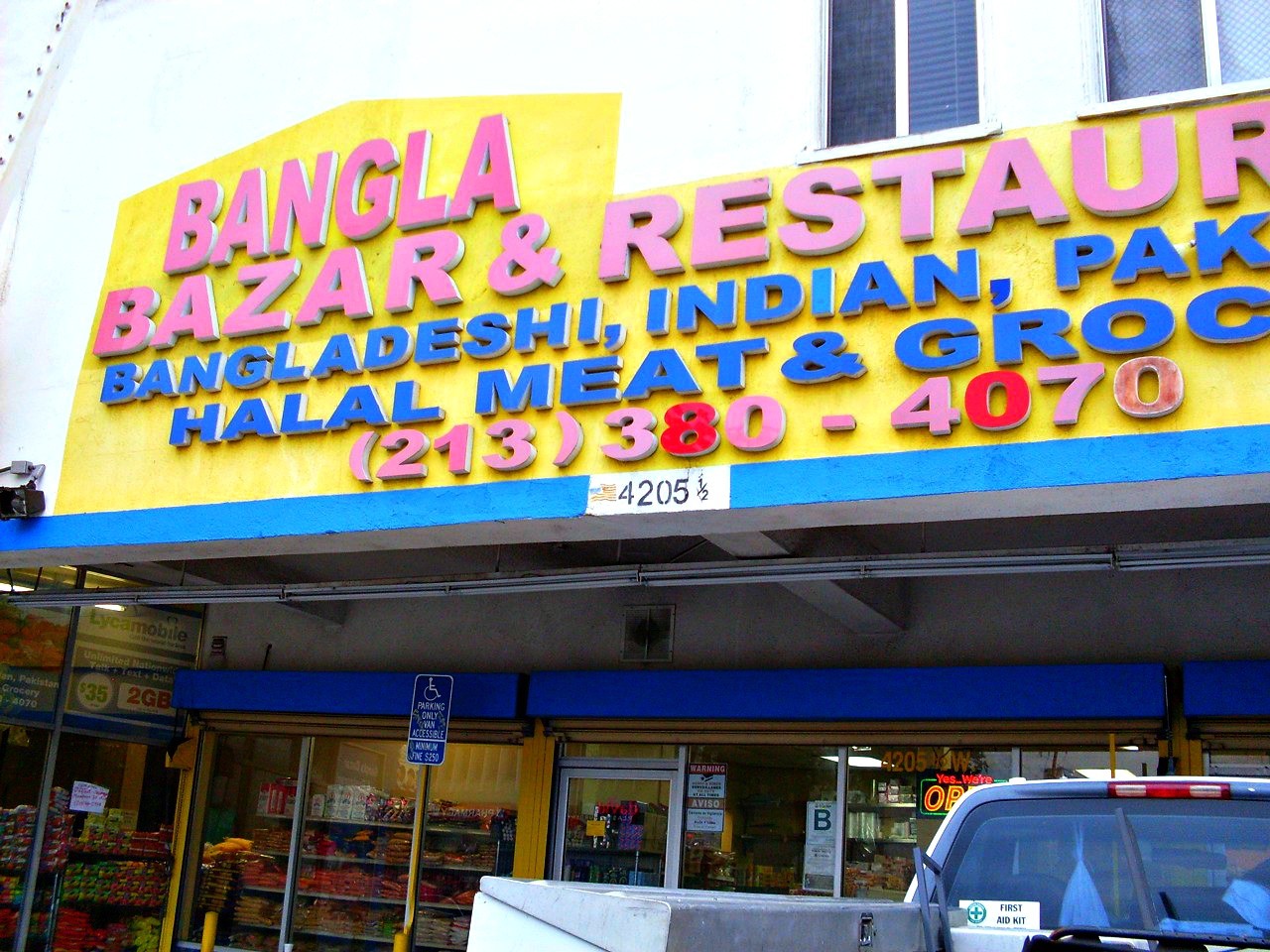 Despite inciting some controversy as part of a territorial dispute with Koreatown, the presence of Little Bangladesh highlights the extensive diversity in the Los Angeles community, even as friction still exists between small groups. But as your nose detects the unmistakably fragrant aroma of spices and herbs, you’ll know you’re in Little Bangladesh before you see the storefronts. You’ll realise how hungry you are, too. 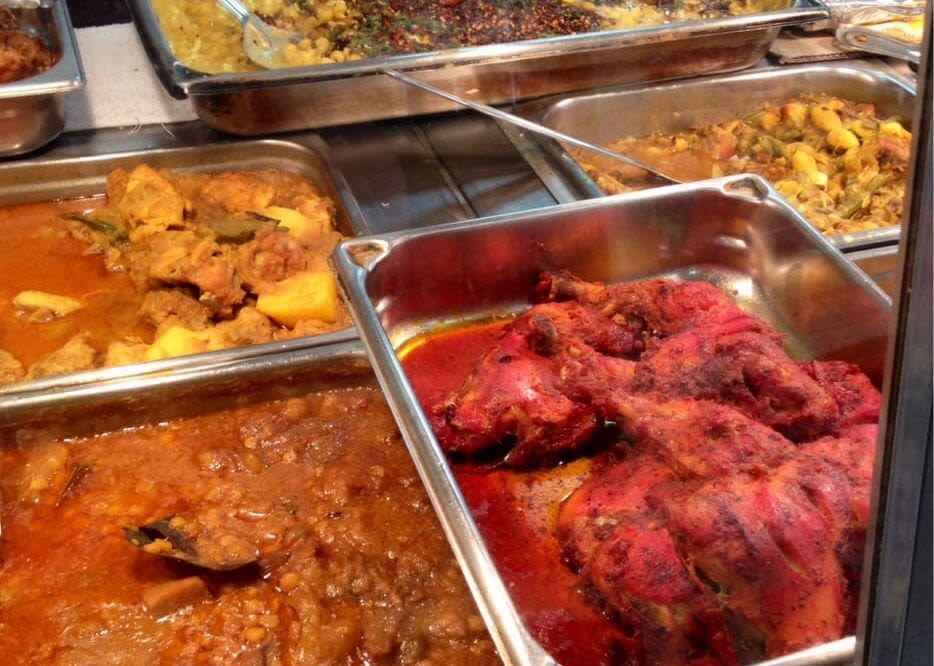 With stores doubling as restaurants, follow the smells through the retail, and you’ll find tantalising Indian, Pakistani and Bangladeshi dishes. From Bangla Bazar & Restaurant to Deshi Restaurant & Groceries, the goodness comes on paper plates and plastic utensils. This is no-frills, no-fuss food that is deceptively immense in taste. Within Central Los Angeles, a block of restaurants has gathered to become a shining ambassador for Ethiopia and Eritrea. Within unassuming storefronts, you’re ushered into vibrant Ethiopian decor and treated to sumptuous feasts in different styles.

Awash serves colourful platters of stews and minced meats, but their Zilzil tibs, or strips of sirloin steak, have delighted countless customers. Rahel Ethiopian Vegan Cuisine, as the name suggests, will satisfy any appetite with medleys of exotic vegetables and spices.

Post-1979 Revolution, many Iranians moved to Los Angeles in search of freedom and peace. In the process, the creative minds and cultural values that resided here helped to make Tehrangeles’ collection of neighbourhoods a beacon of pop culture for the Iranian diaspora. For a crash course in Iranian and Persian culture, dive into Westwood’s boulevard of music, literature and ubiquitous carpets and rugs. 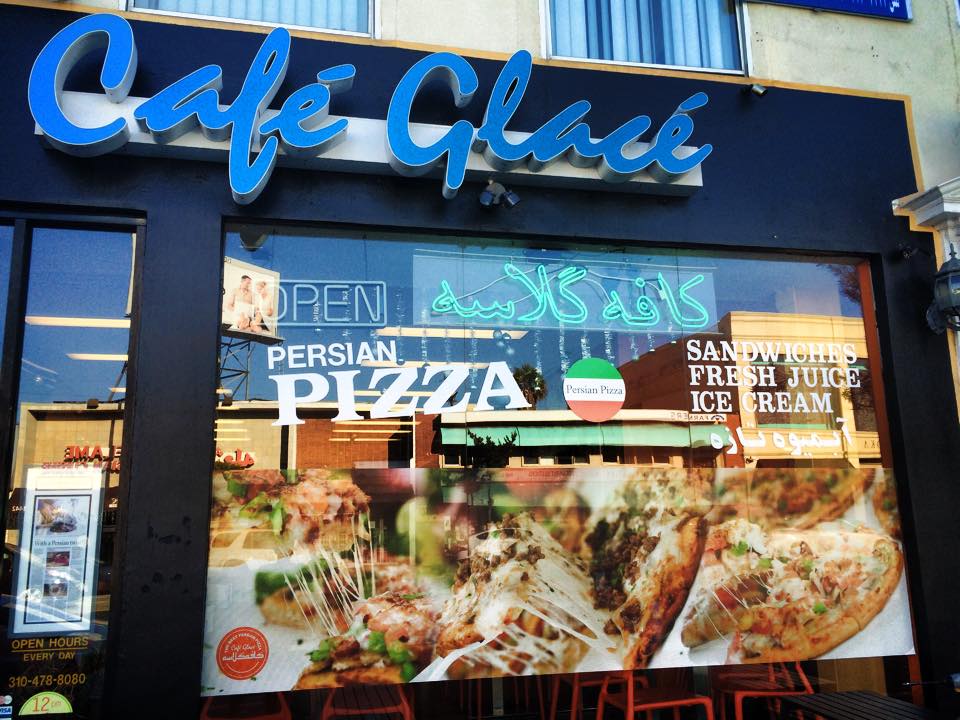 Iranian cuisine is a whole delicious world on its own, from snacks to course meals. Here, you’ll often find a quirky marriage of traditional Persian flavor and local favorites, like the ones at Cafe Glace, famous for its Persian pizza. 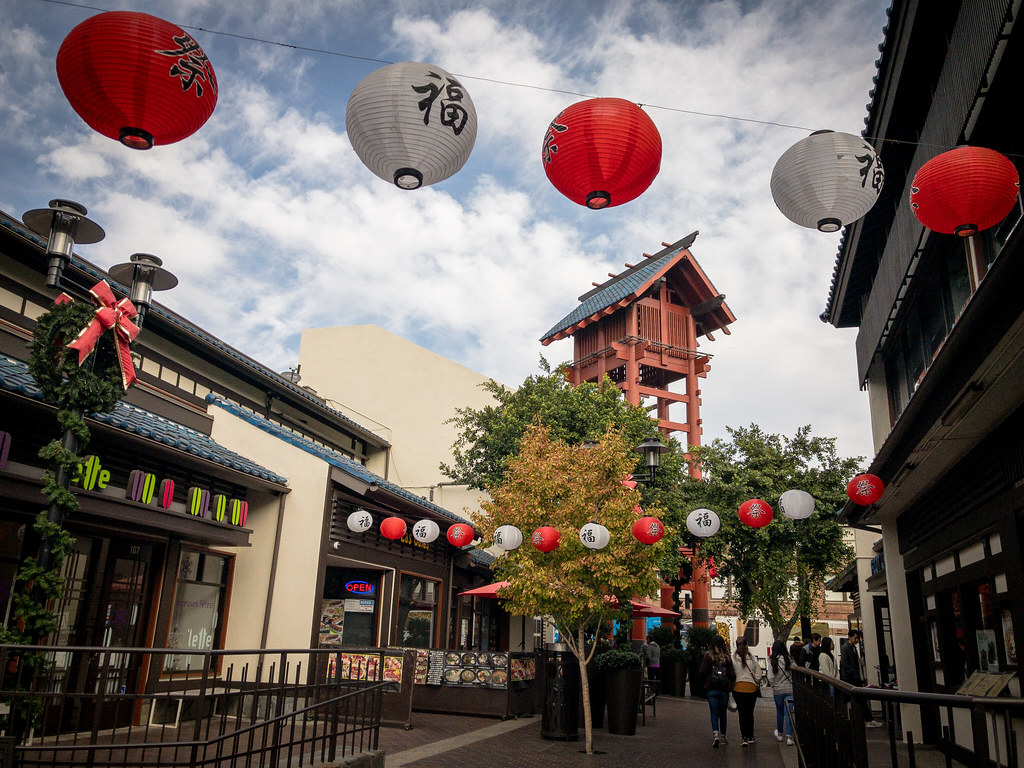 Just across the Santa Ana freeway from Chinatown, Little Tokyo embraces all the precious gems that make Japanese culture so unique. You’ll enjoy the diverse delicacies found in Japanese cuisine, from the heartwarming pleasures of tonkotsu (pork broth) ramen noodles at Daikokuya restaurant to an omakase lunch at Sushi Gen, replete with fresh sashimi. 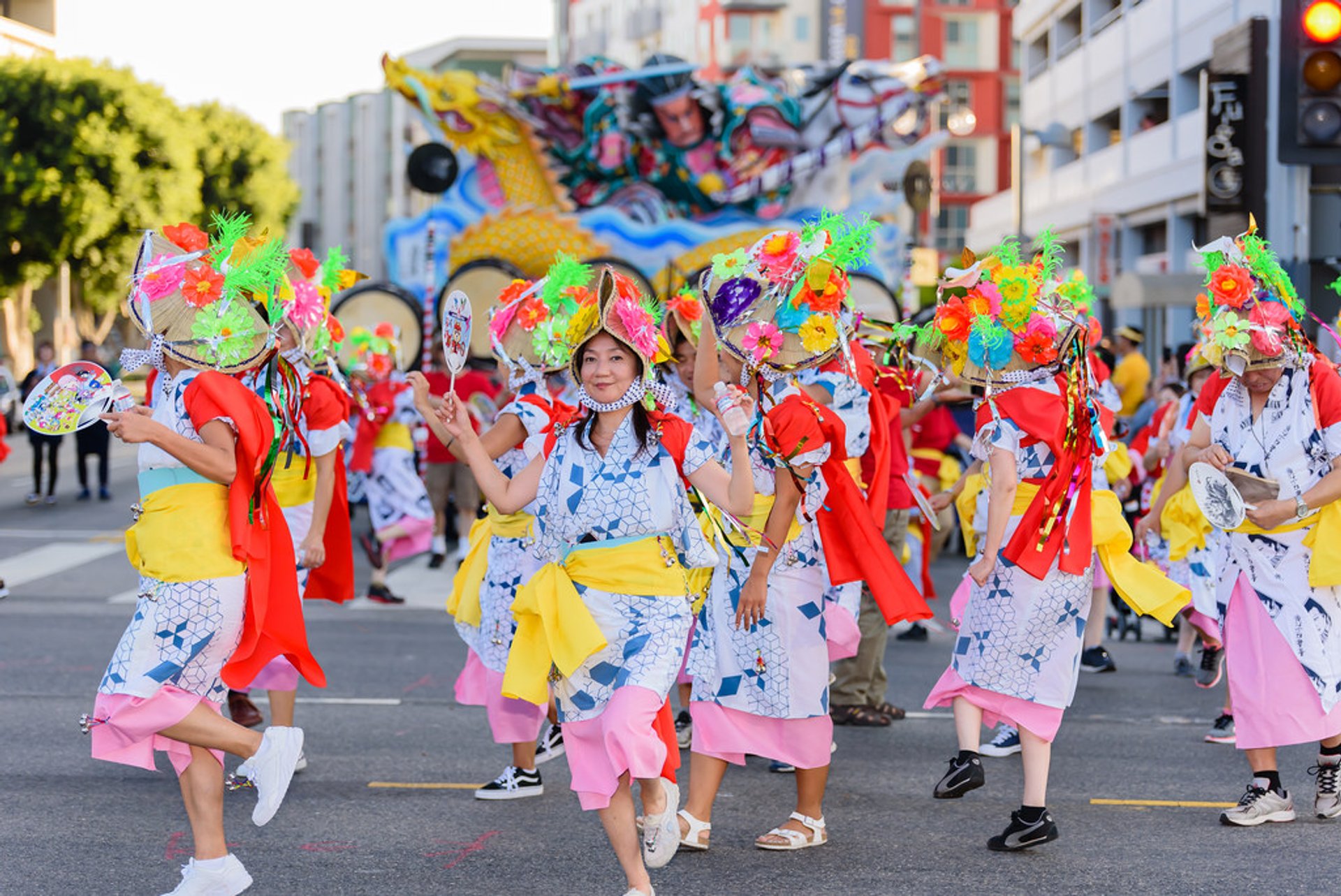 The Japanese Village Plaza is a delightful complex crammed with shops and outlets selling all things Japanese, from makeup and hair products to auspiciously adorable waving kitten statues or Maneki-Neko. And if you visit in August, you’ll get to enjoy the festivities of Nisei Week, showcasing parades of performers decked out in traditional Japanese attire. 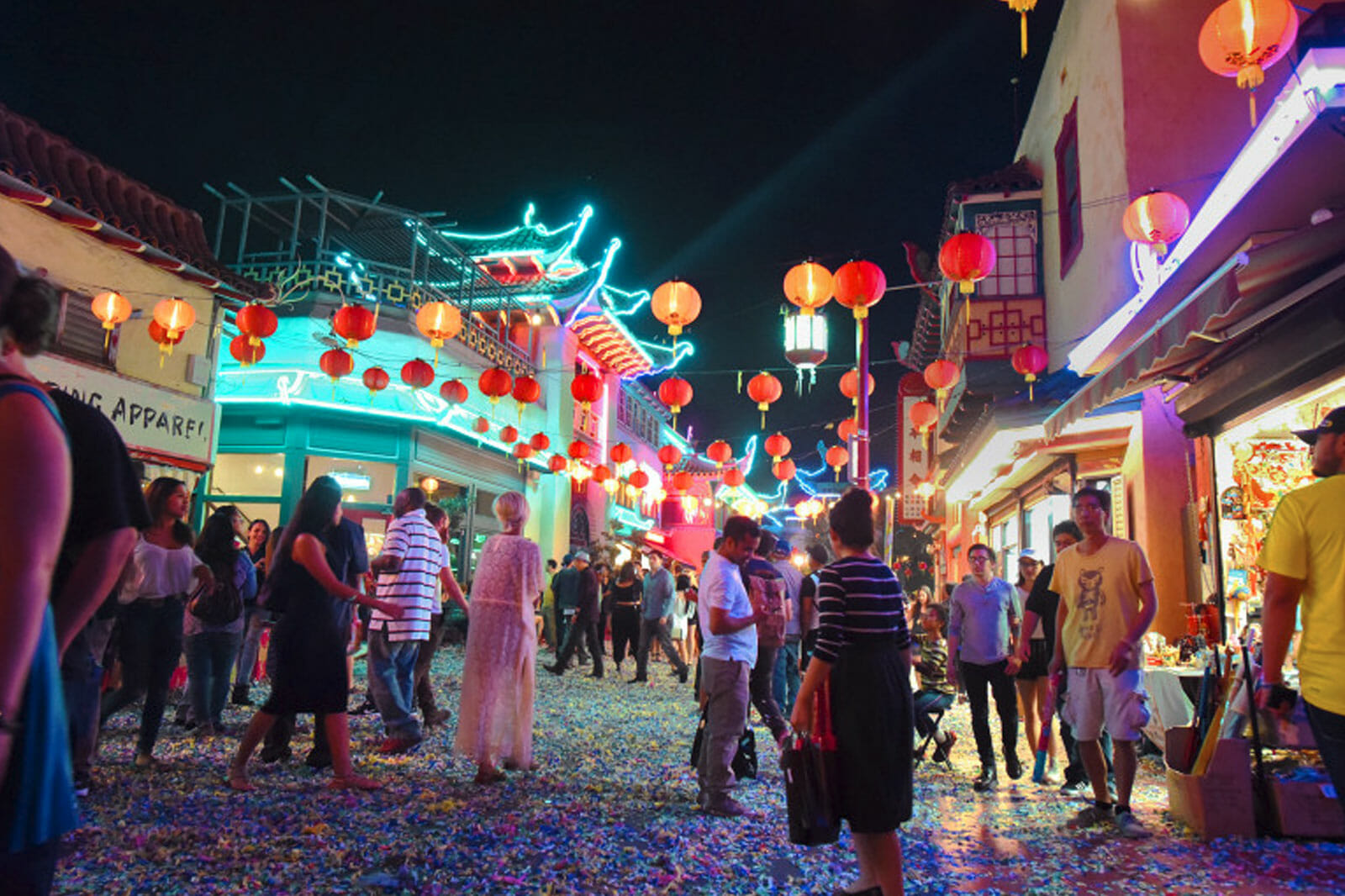 Chinese culture and identity have been a significant (and lucrative) subject for Hollywood, ever since martial arts captivated cinema audiences. Like famous figures including Bruce Lee and Jackie Chan, Chinatown holds fast to all that makes it special while innovating on Chinese cuisine and lifestyle to exhilarating effect.

From Thien Hau Temple to Central Plaza’s neon-lit square, Chinatown is a vibrant world to dive into. As you walk through Chung King Road or fill up on dim sum before a night on the town, you’ll be captivated by the quirks and charms of the Chinese spirit. 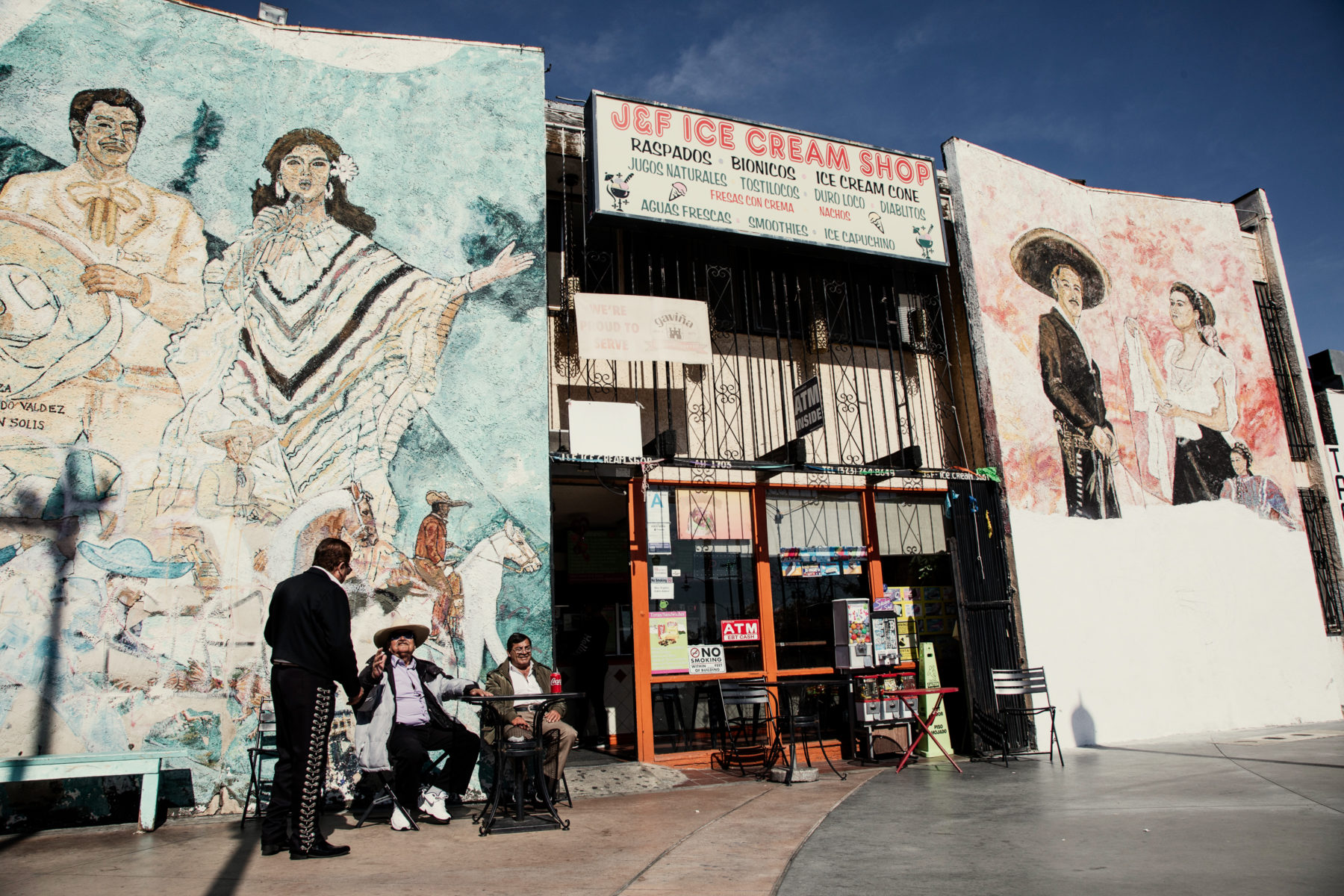 Hispanics and Latinx make up a significant cultural group of LA, and their cultural influence spreads across neighbourhoods and districts. Boyle Heights’ Mariachi Plaza is an absorbing representation of Mexico, particularly during nights of festivities and live performances.

The murals of Estrada Courts are vivid depictions of the Chicano identity and barrio culture. Street stalls and taquerias including Sonoratown and Salazar, serve up classic Latin tastes.

As you soak in the colours of Olvera Street, where Los Angeles was born, the legacies that endure and traditions that give life to the communities is enhanced. Entrenched into the roots of Los Angeles, a continent of cultures and history finds their own ways to manifest themselves and leave their mark. Endlessly fascinating and attractive, it’s all waiting for you to discover.