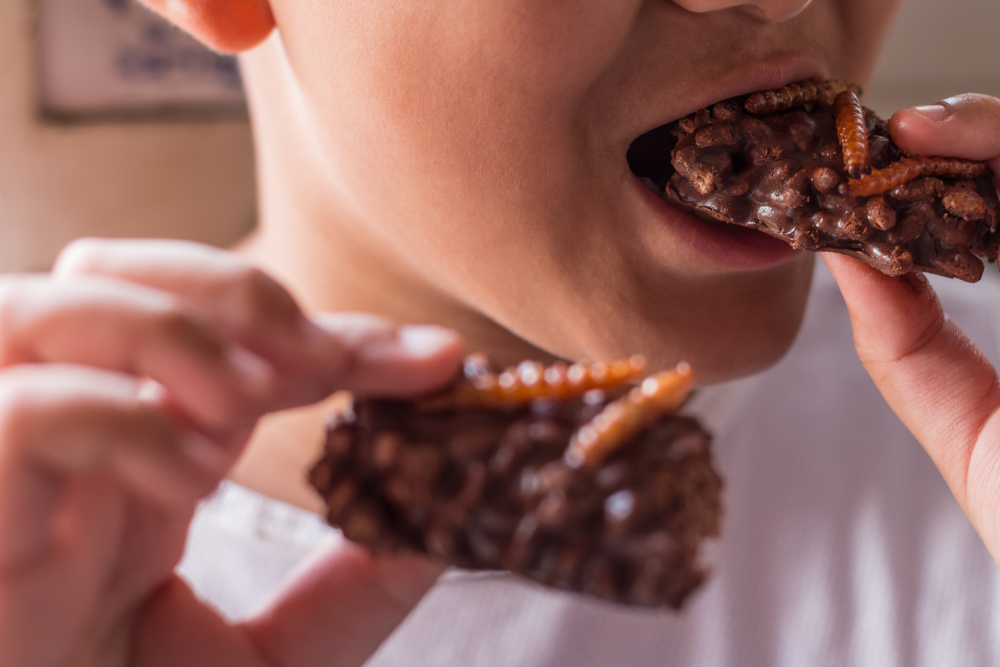 These 6 Countries Found Surprisingly Delicious Ways to Serve and Enjoy Insects — Would You Like to Try Them?

When my daughter told me about the taste of red ants (sour, like lemon) after a school trip to Indonesia, I wondered what it was in her gene that helped her chew an insect. 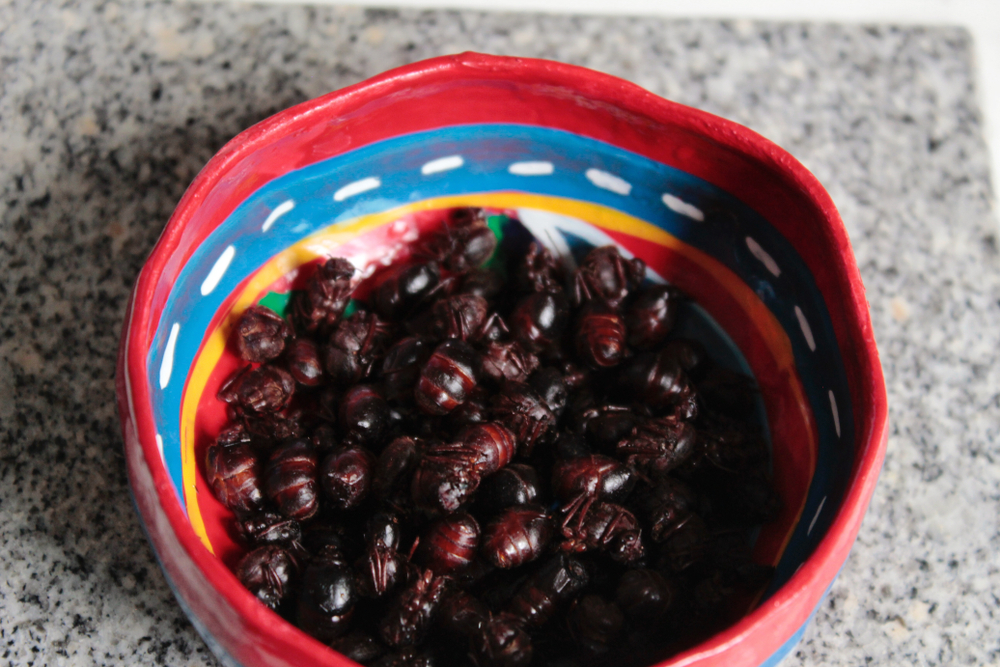 But then, how did I grow up a vegetarian in a family full of meat-eaters? I don’t know.

It was easy to be a vegetarian in India because vegetarian food is easily available there. It’s as simple as that. Chaotic yet wonderfully diverse, India also taught me not to judge others by what they wore or ate. 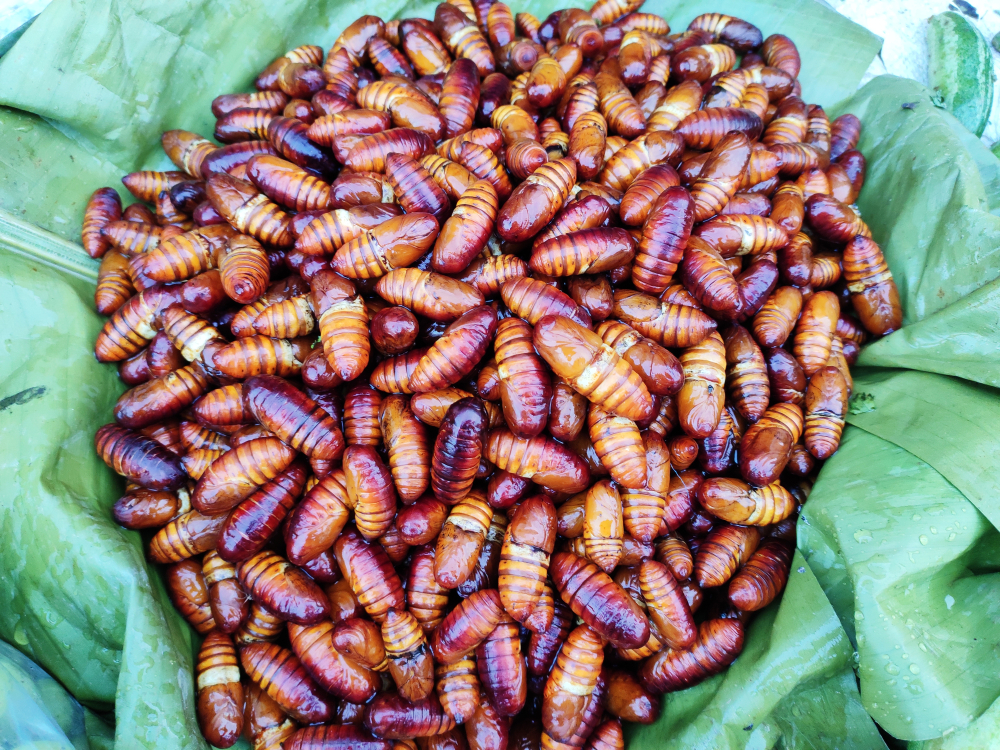 I do admit that I did not expect everyone to start talking about insects being the answer to the world’s food shortage crisis, but considering we already eat insects  — in chocolate, juice, coffee beans (yes, look it up!) — what’s with taking it a bit farther to include them in our menu? 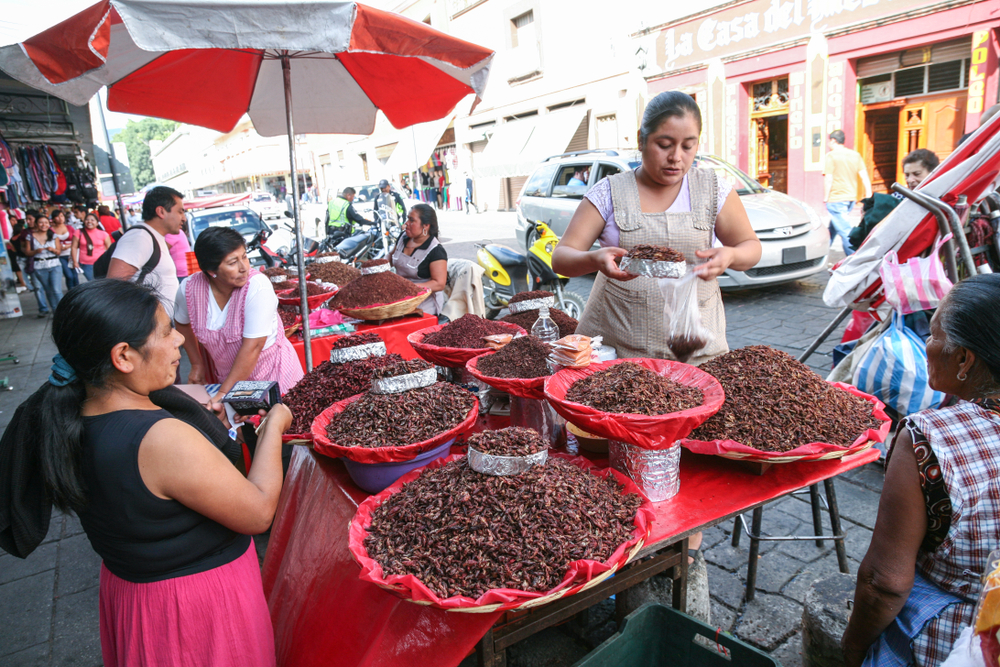 So here’s a list of places that could be at the forefront of the food industry’s insect revolution:

Hundreds of bug species are used as a source of food in Mexico and insects are a part of the culinary heritage of many Mexicans. 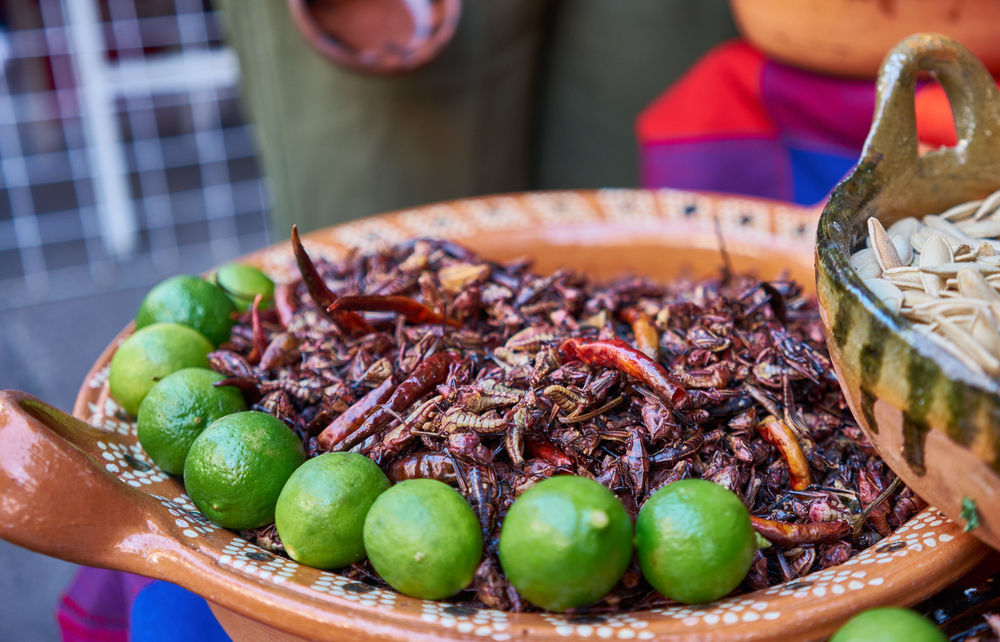 Some of the more popular insects are maguey worms, grasshoppers, escamoles or ant larvae, stink bugs, and atta ants. These are either boiled in stews or soups, or ground to make sauces. 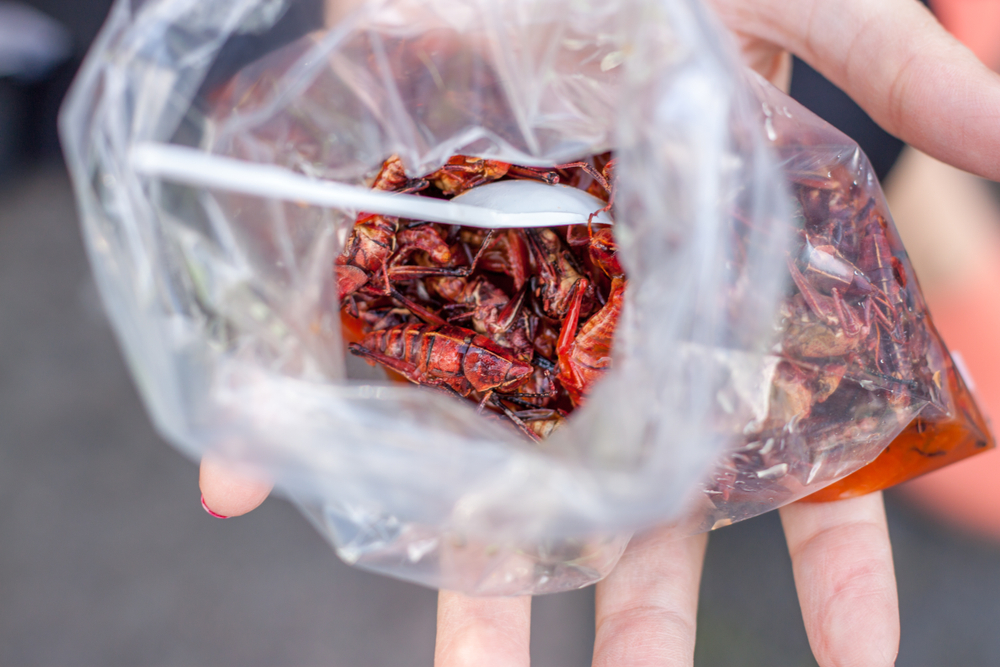 Some are even eaten as fillings in tacos or fried to be sold as snacks. Stink bugs are sometimes eaten raw despite their odor and a flavor that takes time to get accustomed to. 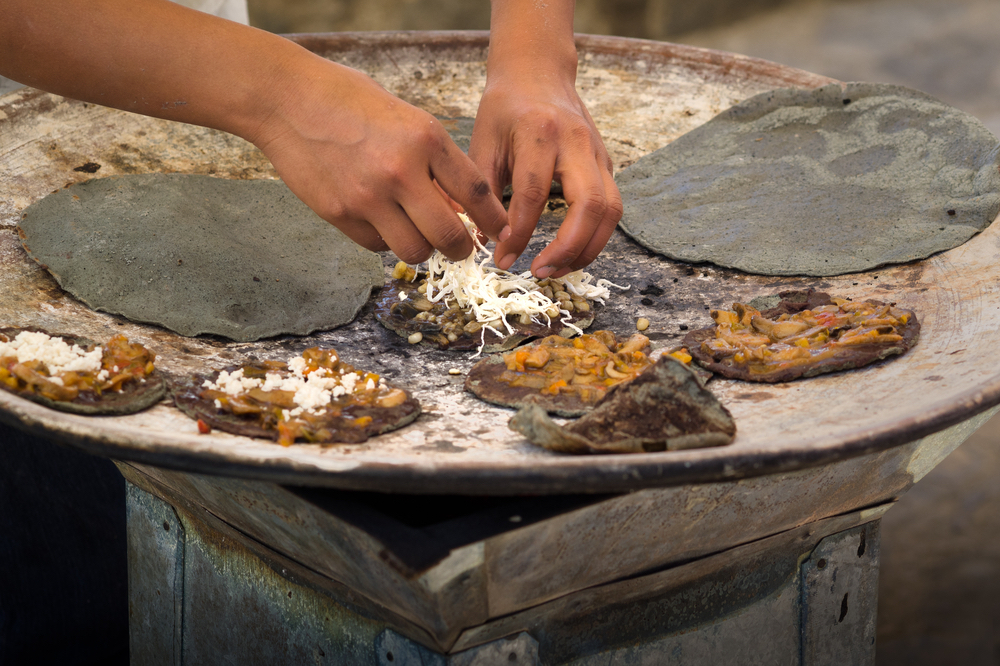 One of the UK’s more popular edible insect restaurants is Grub Kitchen. Located on a farm, this restaurant has added bugs to its recipes which include traditional British fare and international cuisine. 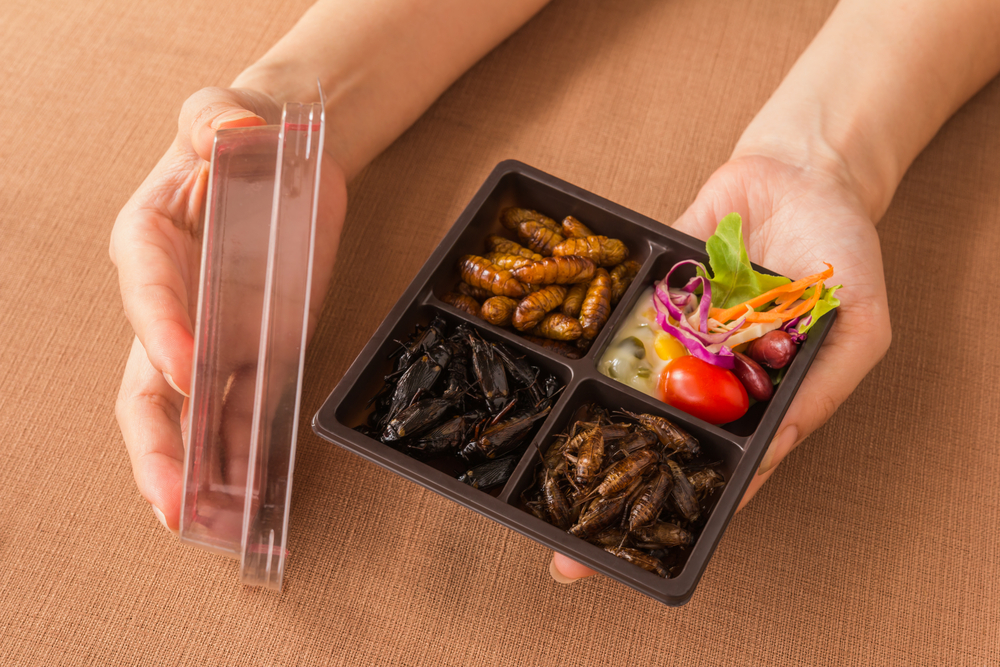 The cricket, mealworm and grasshopper burger served with fries and tzatziki sauce is a hit with those that have warmed up to the idea of insects on their plate. For those with a sweet tooth, there’s Welsh cake with cinnamon mealworms too. 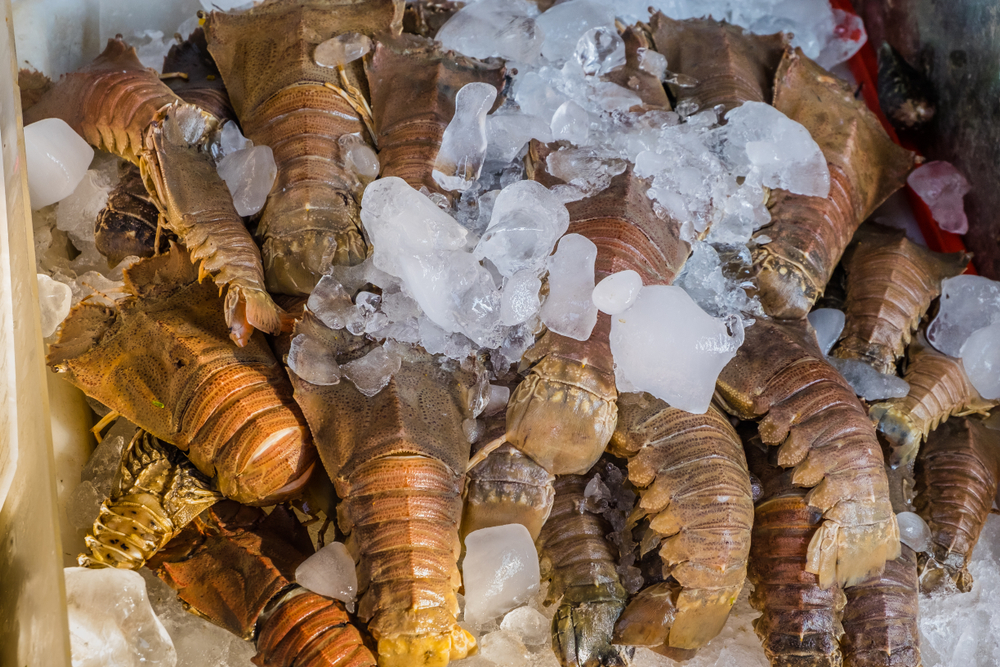 More than 300 insect species are food to tribal communities in at least ten states in India. Red ant eggs and the date palm worm are delicacies in Odisha’s Rayagada district. 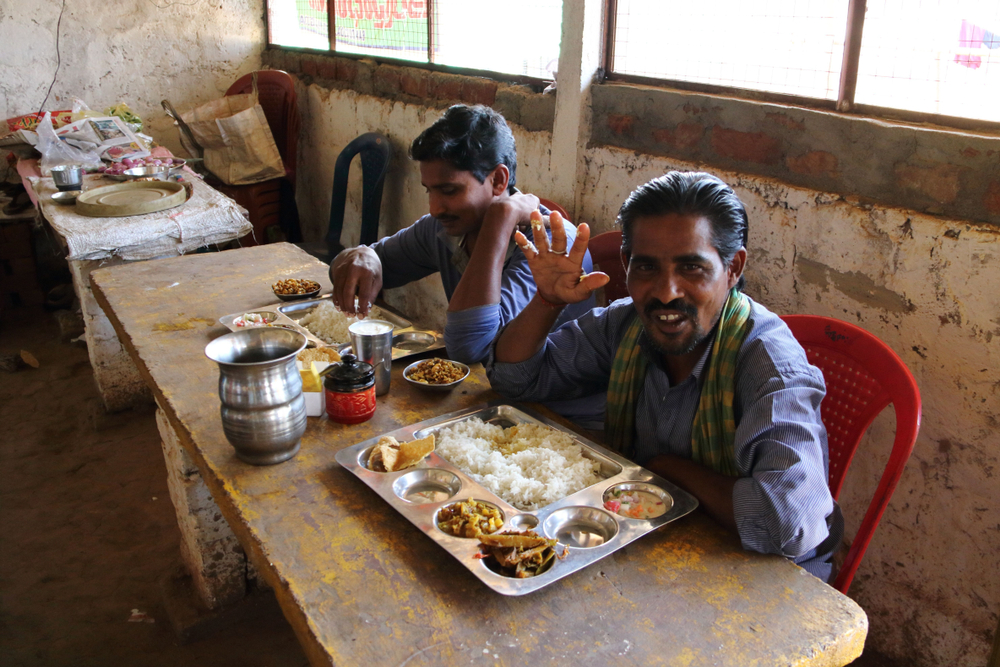 Naga tribes from Nagaland in northeastern India eat spiders, insects and worms, especially the woodworm and silkworm. These are usually roasted or fried in oil. Some tribes cook them in bamboo vinegar. 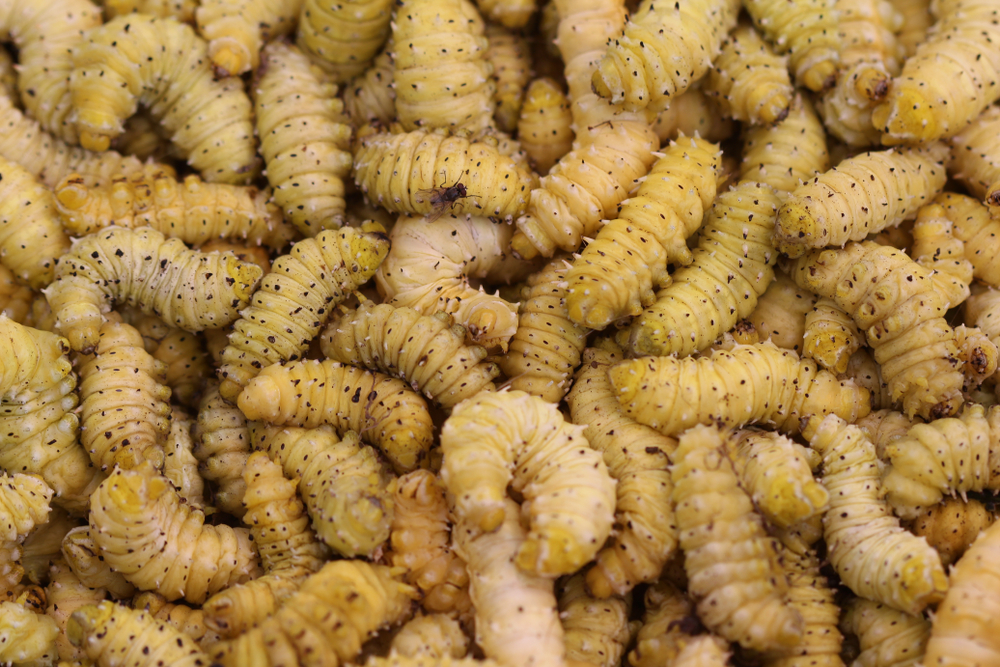 A report in a leading digital paper in India says Indian scientists are experimenting with insects as an alternative source of protein.

The Bodo people of Assam — who consume caterpillars, crickets, beetles and termites as part of their everyday diet — are a big inspiration to those that are looking at getting insects into the menu of more Indians. 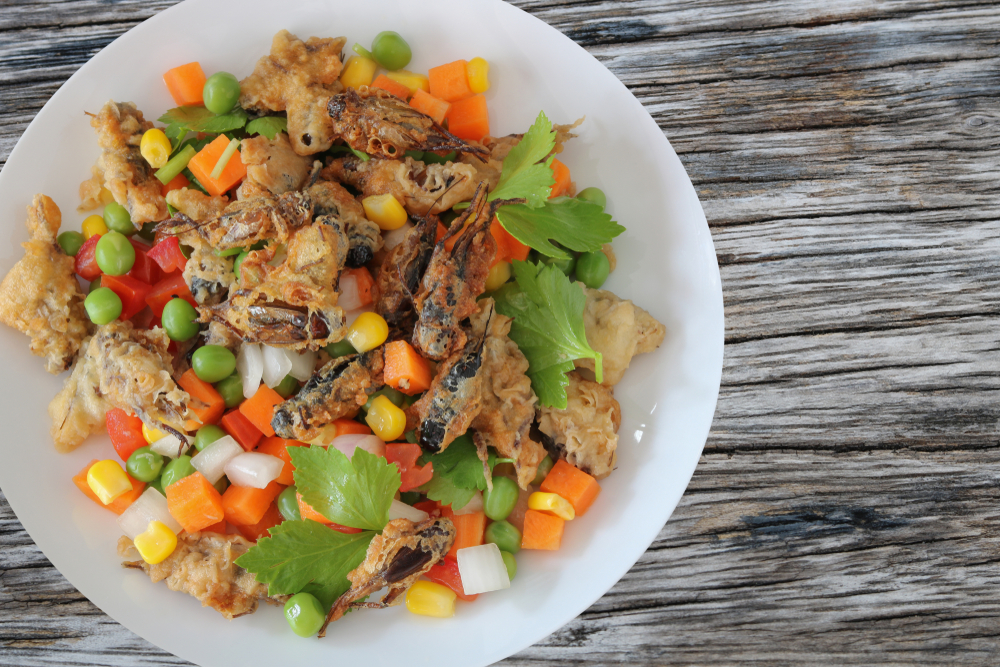 The Madhya Pradesh Silk Federation in Central India sells canned silkworm pupae for use in pizza or pickle, but sales are minimal. Though it will take time for a majority of Indians to get used to the idea of insects as food, efforts are on.

Head to Tokyo to Ramen Nagi restaurant if you want to try a bowl of noodles and soup with deep-fried worms and crickets.

The insect tsukemen was a big hit with customers when it was introduced a couple of years ago. The meal also included worm spring rolls, cricket rice and ice cream flavored with insect powder. 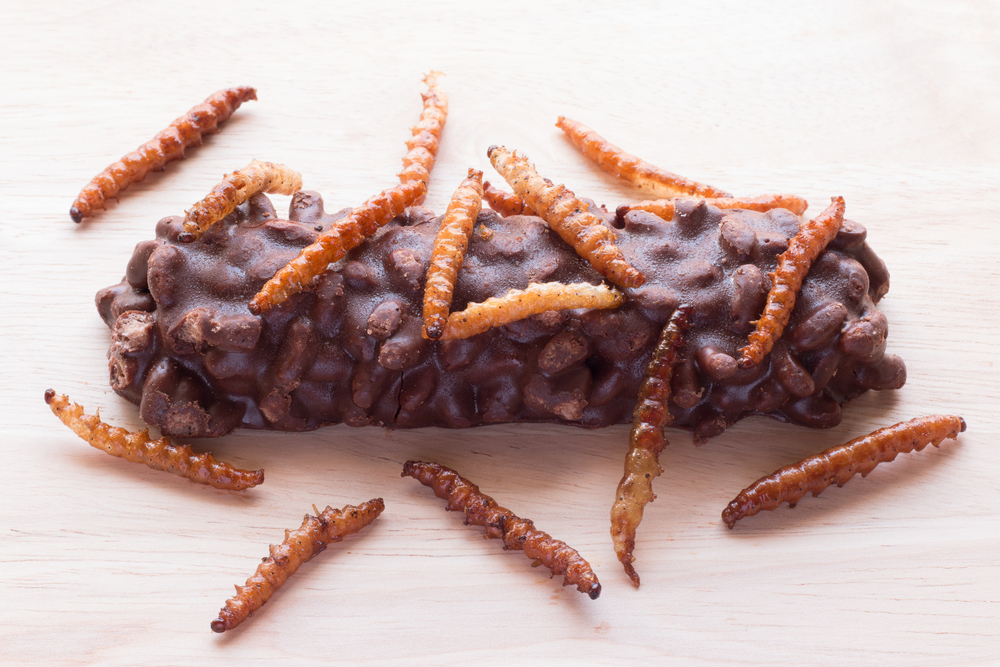 You could also try your luck at a vending machine in the city of Kumamoto on the island of Kyushu. It sells cricket bars, unicorn beetles and canned tarantulas. Its salty crickets are popular with the locals. 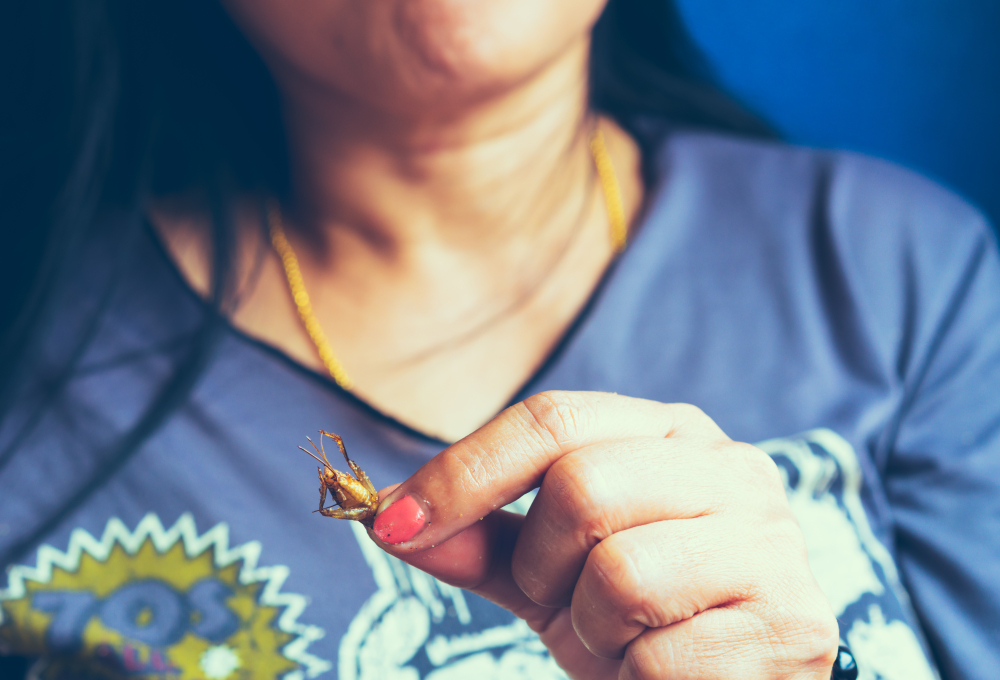 Toshiyuki Tomoda, who is behind this enterprise, started it to raise awareness of the food shortage crisis that is staring at us in the face. Apart from changing perceptions on what can or can’t be eaten,Tomoda seeks to build more curiosity around food and the environment. 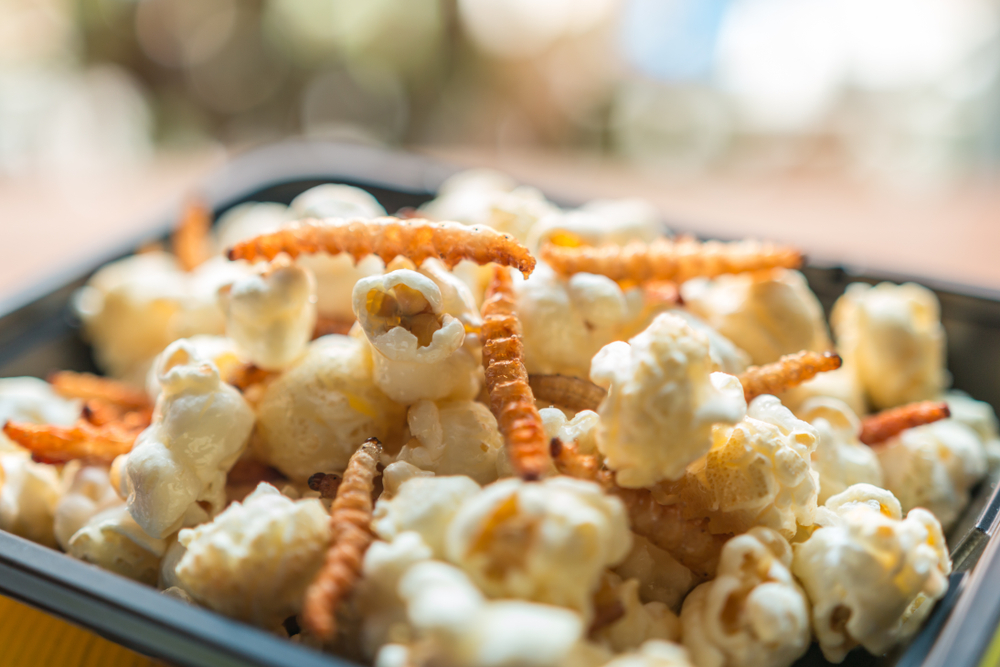 Though bugs are part of traditional Japanese cuisine in rural areas, urban dwellers are not used to the idea of insects in their food.

About 70 km from the city of Phnom Penh — in Kampong Cham — is an insect market also known as Skun where a wide variety of edible insects are bought and sold. 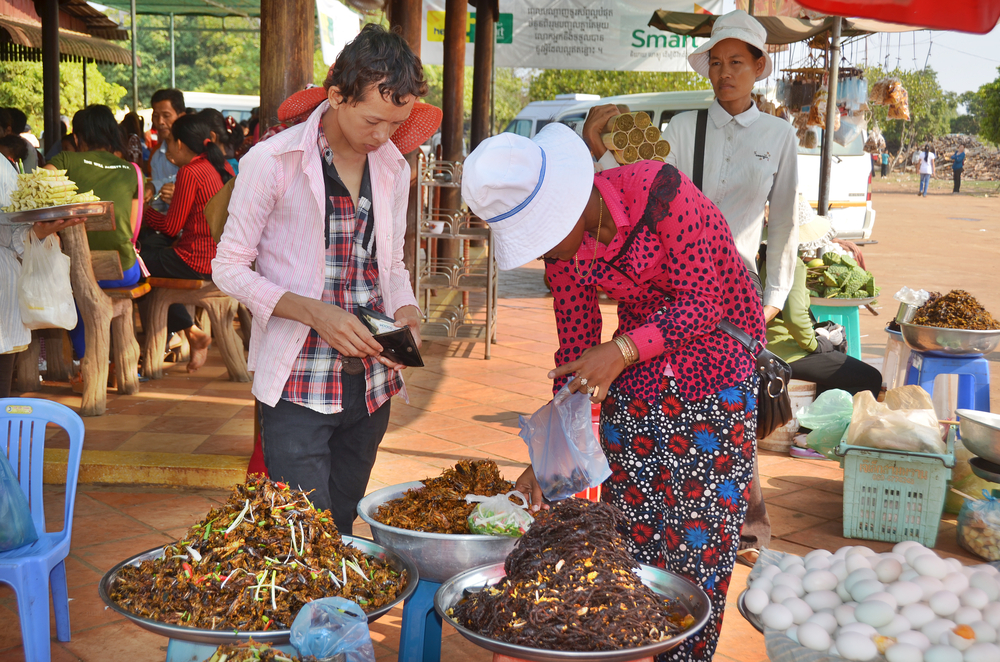 You could sample everything from crickets and silkworms to giant water bugs, grasshoppers and tarantulas. It is no secret that Cambodians love their insects. Fried and roasted insects on sticks are commonly sold as streetside snacks in Cambodia and some places in northern Thailand. 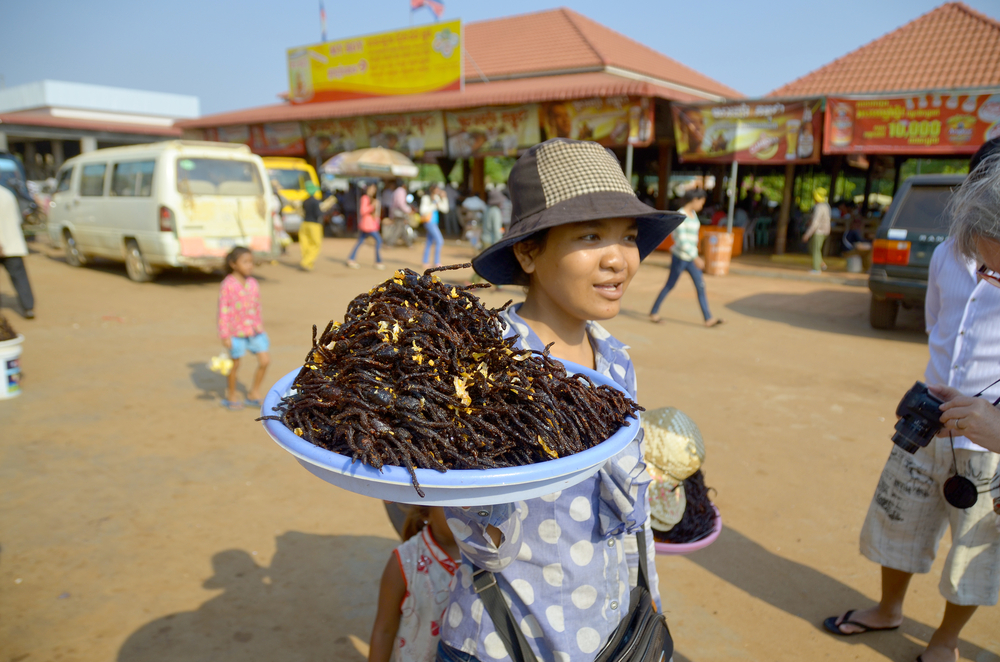 What used to be the poor man’s dish has fast become an indelible part of a culture’s mainstream cuisine. At the Bugs Cafe in Siem Reap, the tapas menu features a papaya salad with scorpions and spring rolls stuffed with ants. 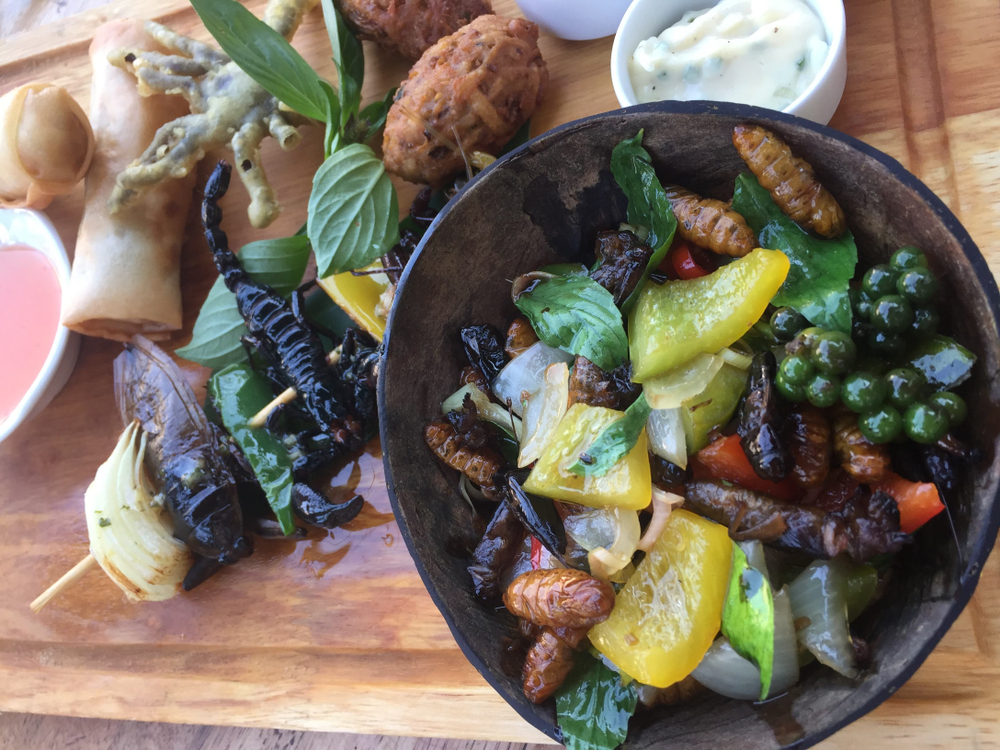 If you want to try something more adventurous, order the tarantulas that come deep-fried with sauce on the side.

One of the most popular Korean street foods is bundaegi or silkworm pupae. Not entirely unfamiliar with the idea of eating insects, the South Korean government is encouraging more food manufacturers to use insects in their powders and soups in a bid to expand the insect industry. 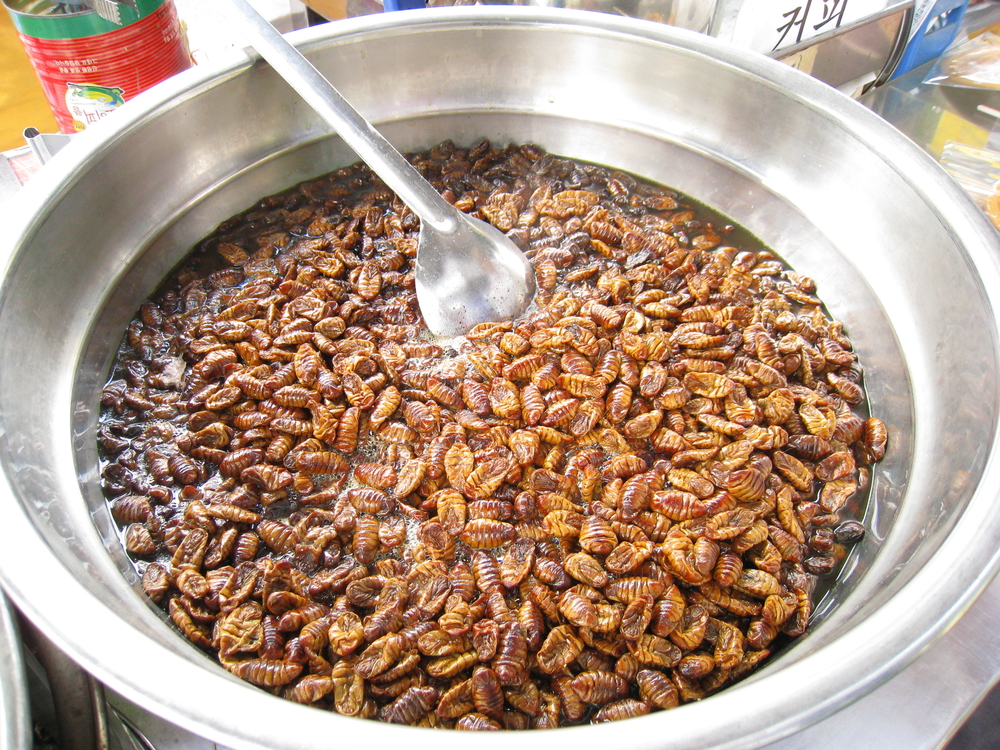 Papillon’s Kitchen, a restaurant in Seoul, uses the larval form of the darkling beetle in pasta, rice balls, ice creams and sauces. The worms are powdered before they are added to the dishes so as to help customers get used to the idea of ingesting them. 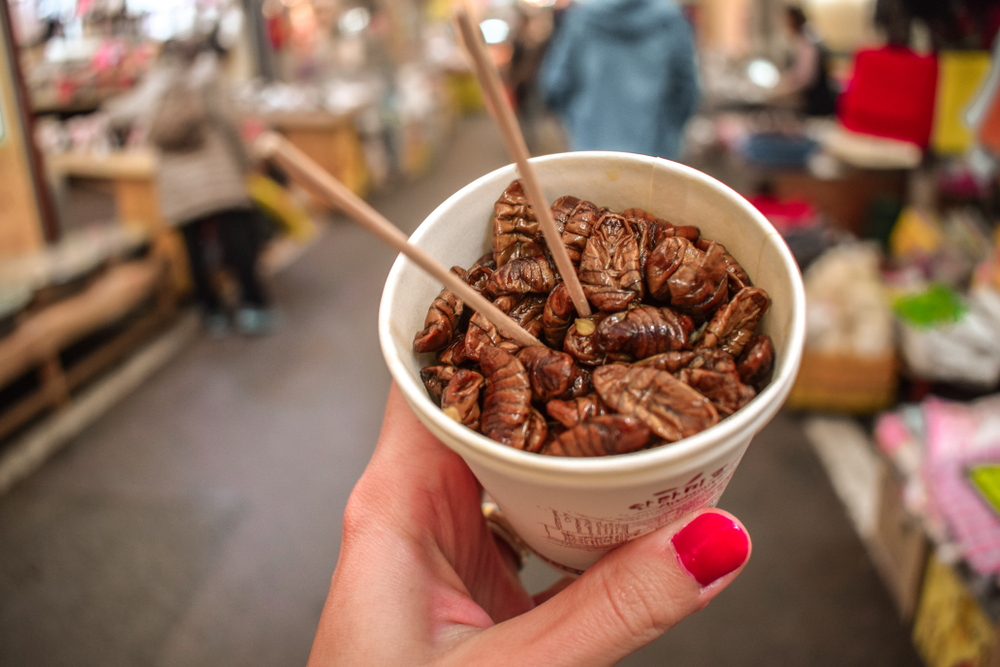 A food-tech startup in Seoul — Edible Inc — introduced the Mealworm 500 Shake, and has biscuits and bars made of silkworms and grasshoppers. Its aim is to help more people be open to fresh experiences and get rid of culinary prejudices.