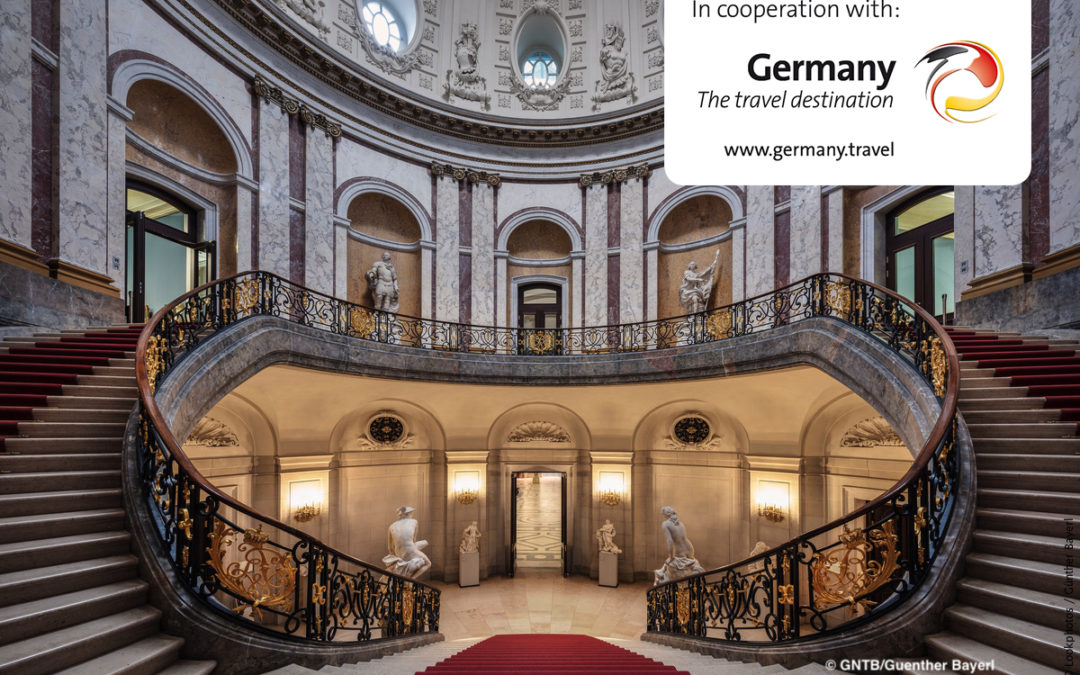 Heritage Sites in Germany: A Marriage of Diverse History, Culture, and Modernity in Berlin

The cultural or natural significance of a landmark stamped as a UNESCO World Heritage Site is indisputably pinned on the wishlist map of travelers worldwide.

And Germany has quite a few to boast about: 43 cultural sites and three natural, making the country a prime tourist destination throughout the year. A delightful medley of medieval castles and fairytale parks, Germany is where the old-city charm seeps into the wonders of the modern technology-driven life.

The capital city Berlin blends awe-inspiring German modernity with a long-stretched historical past in the perfect mix of glory and turbulence. Talk of captivating world heritage sites, and Berlin takes pride in housing quite a few. Here’s a list of stops for a charming stroll through the wonders of the European icon.

Potsdam – a Medley of Architectural Grandeur and Nature’s Tranquility

A one of a kind magnificent cultural hub – Palaces and Parks of Potsdam and Berlin has been a UNESCO World Heritage site since 1990. Encompassing a whopping 2064 hectares, this eclectic landscape and architectural collective begins from Potsdam and extends up to the district of Berlin – Zehlendorf.

The region is home to numerous lush fairy-tale gardens and some 150 awe-inspiring establishments dating back to the 18th – 20th century. Along the gorgeous tree-lined avenue, you can find regal grandeur in several parks and palaces of the stretch, including Norman Tower on Ruinenberg, Charlottenhof Villa, Babelsberg Park, etc.

Another significant historic site is the Cecilienhof Country House, where the ‘Big Three’ of the winning powers of World War 2 came together for the Potsdam Conference in 1945. The Belvedere Loggia Alexandra nestled in the Böttcherberg hill sits above the neo-classical landscape garden of the Glienicke Park and Palace in the Berlin side. Connecting the Wannsee locale to Potsdam is the Glienicke Bridge astride the Havel River, near which you’d find the hunting lodge of Jagdschloss Glienicke.

The Peacock Island is a romantic addition to the vista of this garden and palace landscape. Its dreamy little white summer palace is complemented by the other architectural spectacles such as a monastery’s Gothic ruins, English country house-like Kavaliershaus, etc. with the island’s fauna. A quick convenience tip: while you tour this part of the country, you can easily find numerous options for staying in Berlin.

Versailles of Germany – The Sanssouci Palace 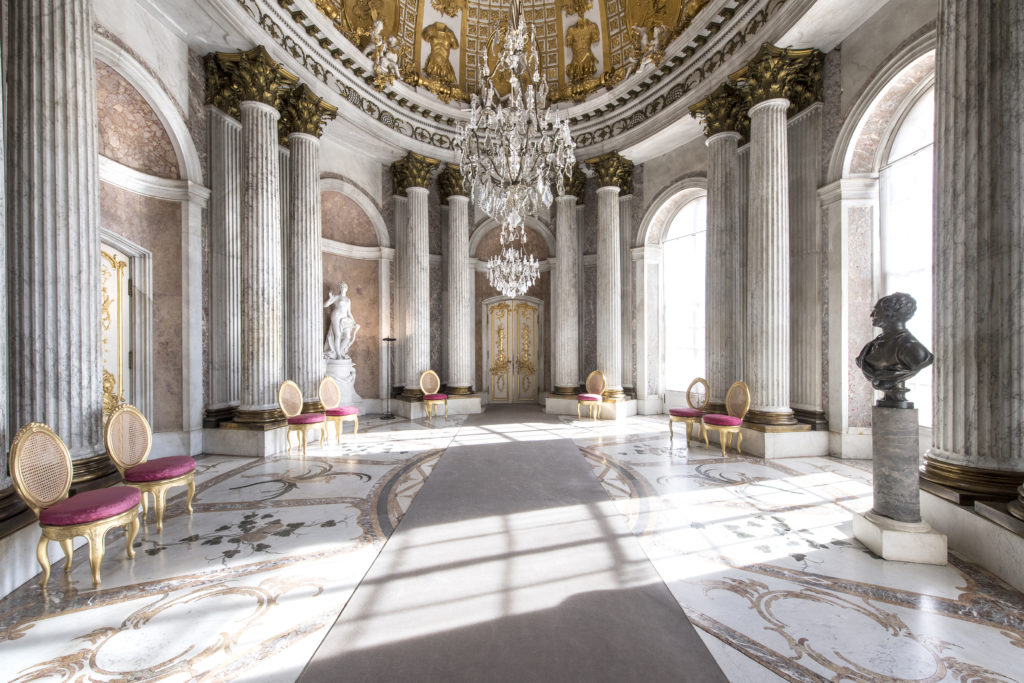 Arguably the grandest of all amongst the Places and Parks of Potsdam and Berlin is the Sanssouci Palace. Located inside the vast expanse of the Sanssouci Park, it also heralded as the Versailles of Germany. It served as the safe, nonchalant abode of Prussian King, Frederick the Great, away from the more happening Berlin court (sans souci in French means carefree).

The Rococo-style garden landscape of the Park, peppered with beautiful works of art, offers a tranquil and delightful walk through nature and human marvel. Besides Sanssouci Palace, it boasts other top attractions like the Roman Baths, the Great Fountain, the Chinese House, the Orangery Palace, and the Antique Temple. The New Palace also gives the onlooker a peek into the royal extravaganza, having preserved the valuables from the King’s time.

Treasures of the Museum Island in the Heart of Berlin 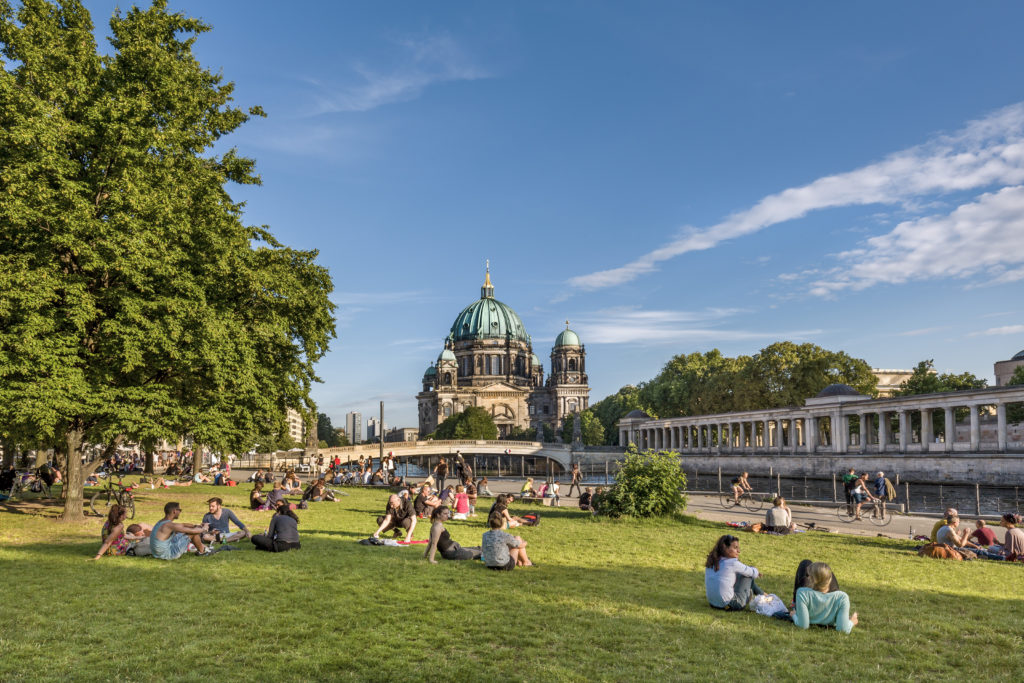 A cluster of pre-eminent museums right in the heart of historic Berlin summons culture-seekers from lands far and wide. What began as King Friedrich Wilhelm III’s personal miscellany of royal treasuries has today become a treasure trove of priceless classic art and antiques from around the globe, thereby bagging the status of a UNESCO World Heritage Site.

Among the many fascinating gems of Museumsinsel (German for Museum Island) is the painted sandstone bust of Nefertiti, the ancient Egyptian Queen known for her spellbinding beauty. This symbol of feminine beauty believed to be a work of 1345 BC is now housed in the Neues Museum, which also exhibits numerous collections from the Bronze Age, the Golden Age, and even the Stone Age.

The other establishments in this museum ensemble are Pergamon Museum, Alte Nationalgalerie, Alte Museum, and Bode Museum. The Pergamon Museum with its monumental Pergamon Altar of ancient Greece and an enthralling compilation of Islamic art and architecture summons the largest footfalls on the island.

Altes Museum is the oldest of all, with highlights being Etruscan art and classic antiques from Greece and Rome, including the Roman bust of Queen Cleopatra. The splendor of Bode Museum lies in Byzantine Art, while Alte Nationalgalerie shines in gasconading neoclassical architecture.

Be inspired and explore more of the travel destination Germany, click here