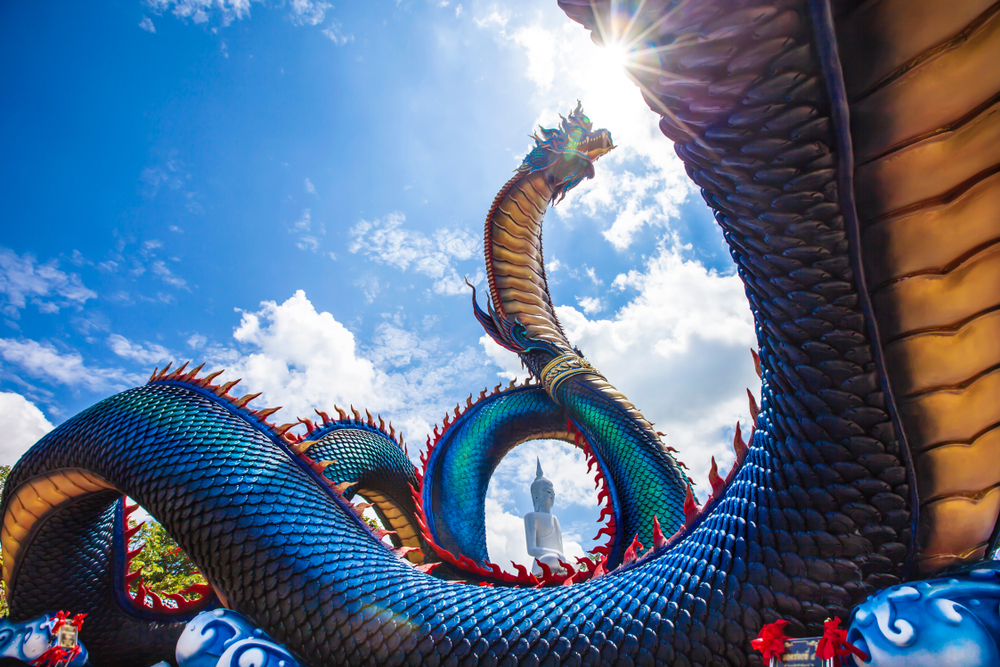 Searching for the Fire-Throwing Serpent in Between Thailand and Laos: Mukdahan Along the Mekong

My time in Thailand was mostly spent in the north-eastern region of Isaan, which makes up some 20 provinces. It’s the largest region of Thailand and borders both Laos and Cambodia. 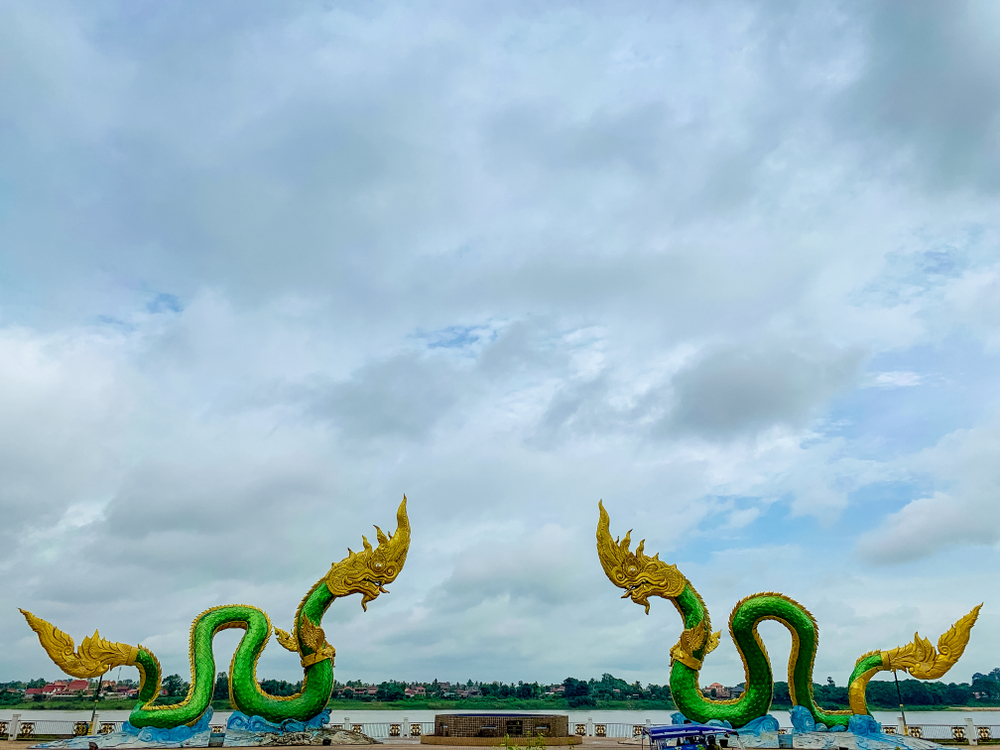 To the north-east of Isaan itself, along its border with Laos, lies the famous Mekong River. The river is famous for its massive catfish and the old legend of creatures called Naga, a race of serpentine beings that are said to inhabit the Mekong.

To this day, a phenomenon called the Naga fireballs or Mekong lights is said to occur once a year after Buddhist Lent. Local myth attributes this to either the Naga in the river or the Phaya Nak, a giant serpent said to inhabit the Mekong River. 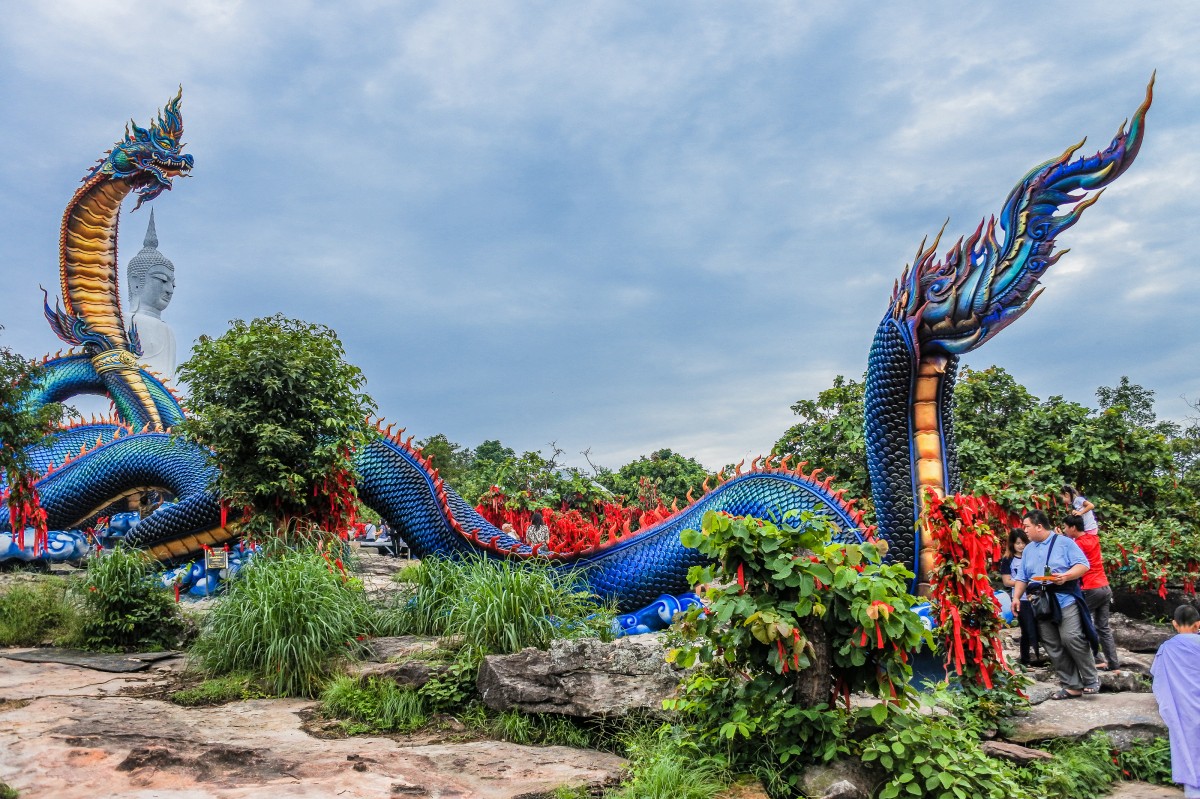 Unfortunately for me, Buddhist Lent ends in late October, and I was in Isaan in February and therefore unable to see for myself if the Naga were in the habit of throwing up fireballs.

Not that my experience was in any way dulled by the lack of fire-flinging mythical creatures, as I spent my time in the distinctly unique town of Mukdahan, which sits on the Thai side of the Mekong and faces Laos. 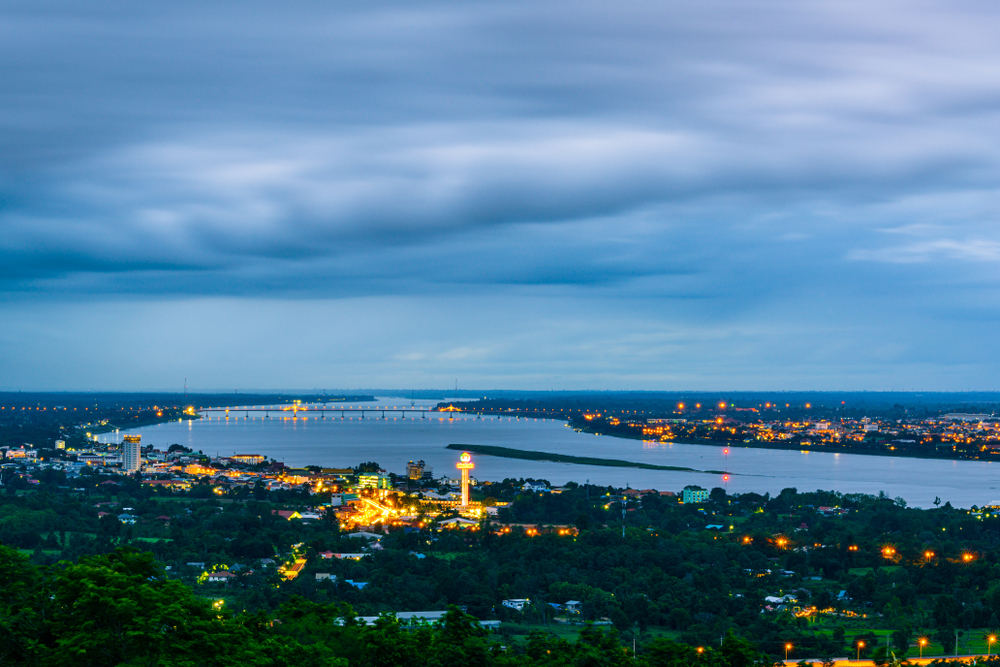 Mukdahan is perhaps best known for its Indochina market. To my inexpert eyes it seemed more “China” than “Indo”, but in no way is this meant as a complaint. I had indeed spent a considerable amount of time wandering a similar market in Bangkok, but Mukdahan’s Indochina market surpasses it in both charm and quality.

While it is true that you will come across many a shop or stall that sells exactly the same merchandise as the previous one, that does not detract from the lovely sights and smells of the place.

Beautifully carved Buddha statues, both the Chinese and slimmer Thai variant, can be found in addition to silk, cashmere, glassware, and even one stall that seemed to sell nothing but hunting knives.

It is also deceptively long. I cannot claim to have made any empirically testable measurements, but it felt like it was at least a kilometre long; and once I had finished that, I was informed that I had only seen the over-ground portion of the market. An equally long but more circuitous portion lay yet beneath our feet. 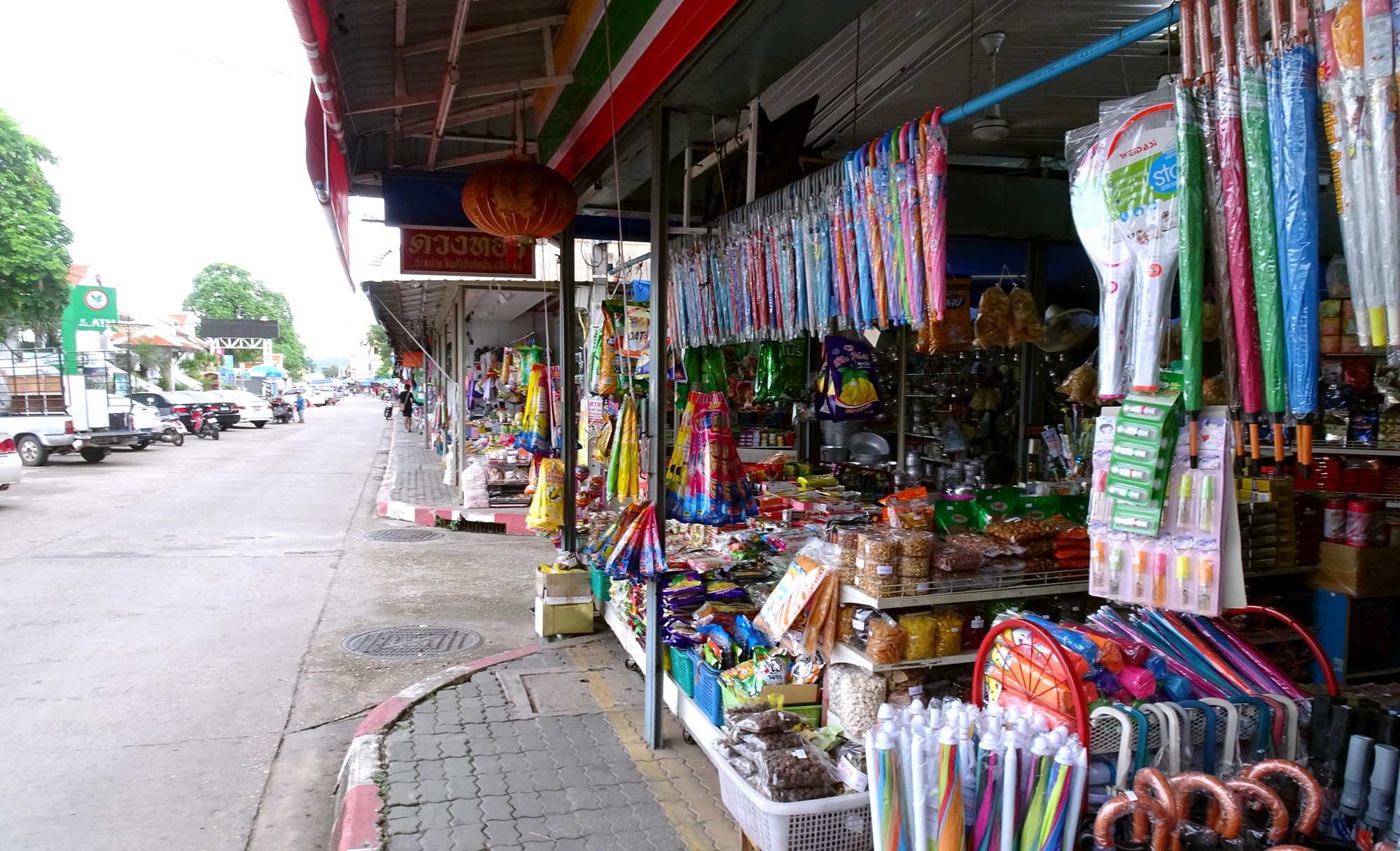 Sadly, I have since heard that the underground portion has had to be moved above ground due to the flooding of the Mekong River.

What I had initially taken to be some sort of bizarre water tower at the southern end of the town turned out to be the Mukdahan Tower, an accessible observation tower with gorgeous views of the surrounding area. 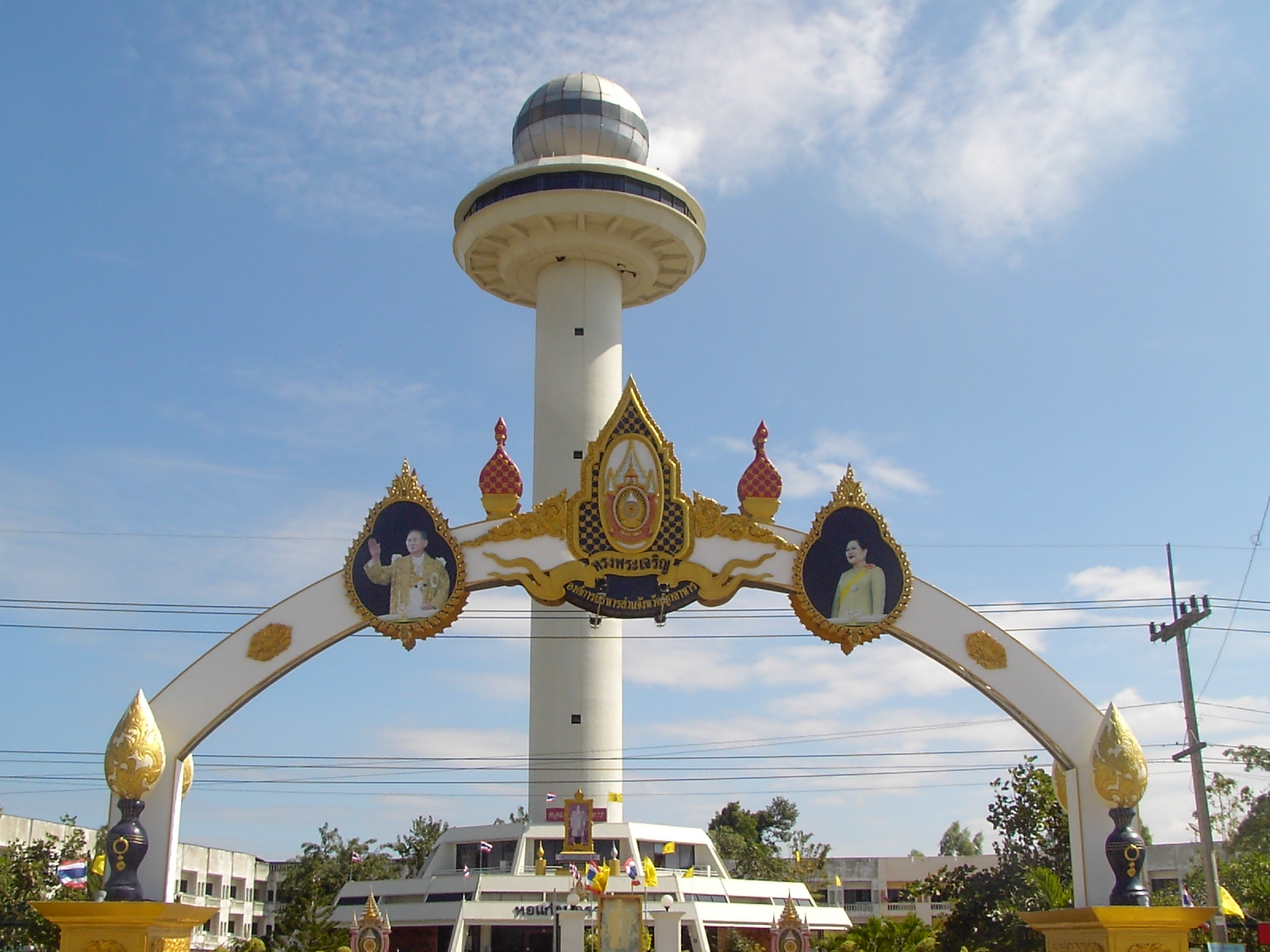 Within the tower itself is also a museum area showcasing bits and bobs from the local area’s history, with of course no lack of those iconic Thai Buddhist shrines and photographs of their late beloved king.

Looking back on it all, I confess that if I am ever to find myself in a position to return to Mukdahan, my curiosity dictates I must do so in late October, and see if the mythical creatures of the Mekong River really do throw fire into the air. 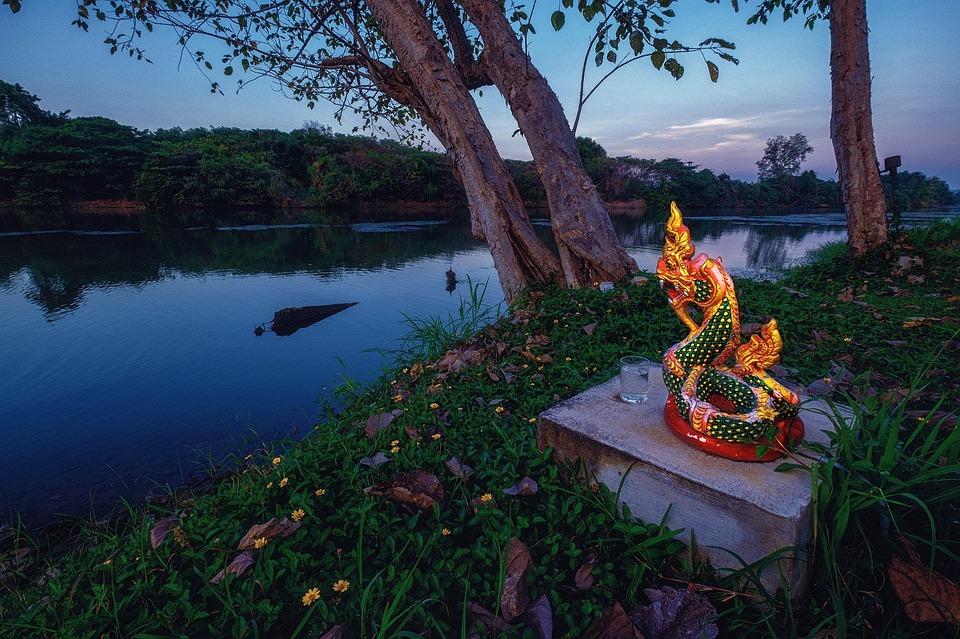