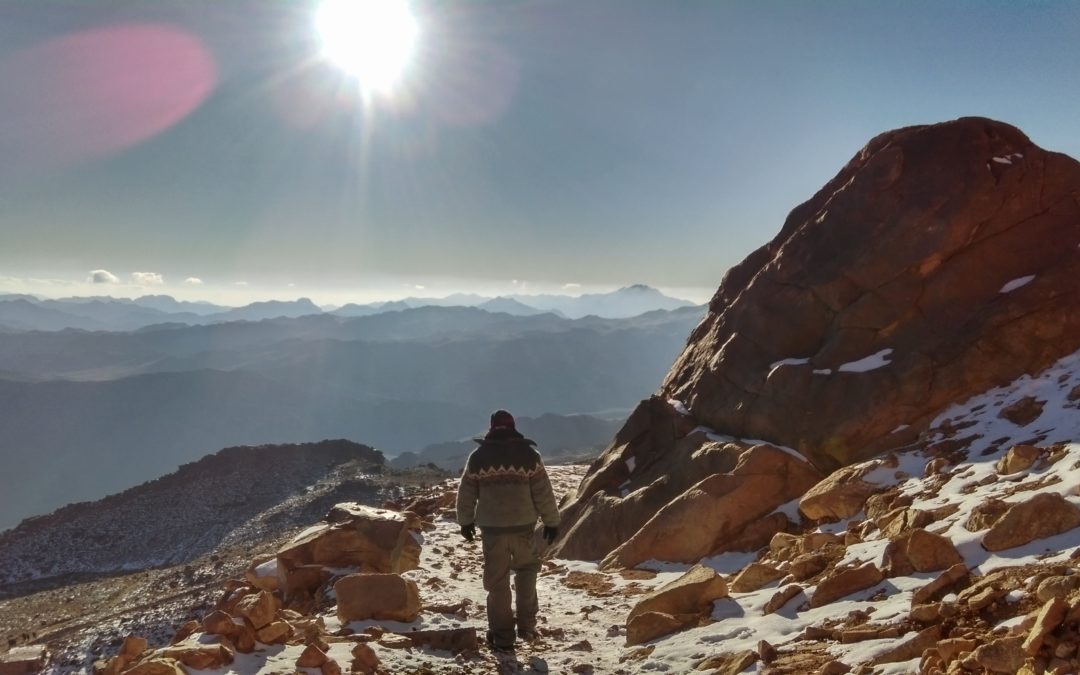 Standing Above the Clouds on Mount Sinai: My Arduous Hike Revealed Something Completely Otherworldly

I have always maintained that there is something special about Sinai. When you cross the Suez Canal and enter Sinai proper, you are not just crossing a canal within Egypt. You have just crossed over from Africa into Asia. 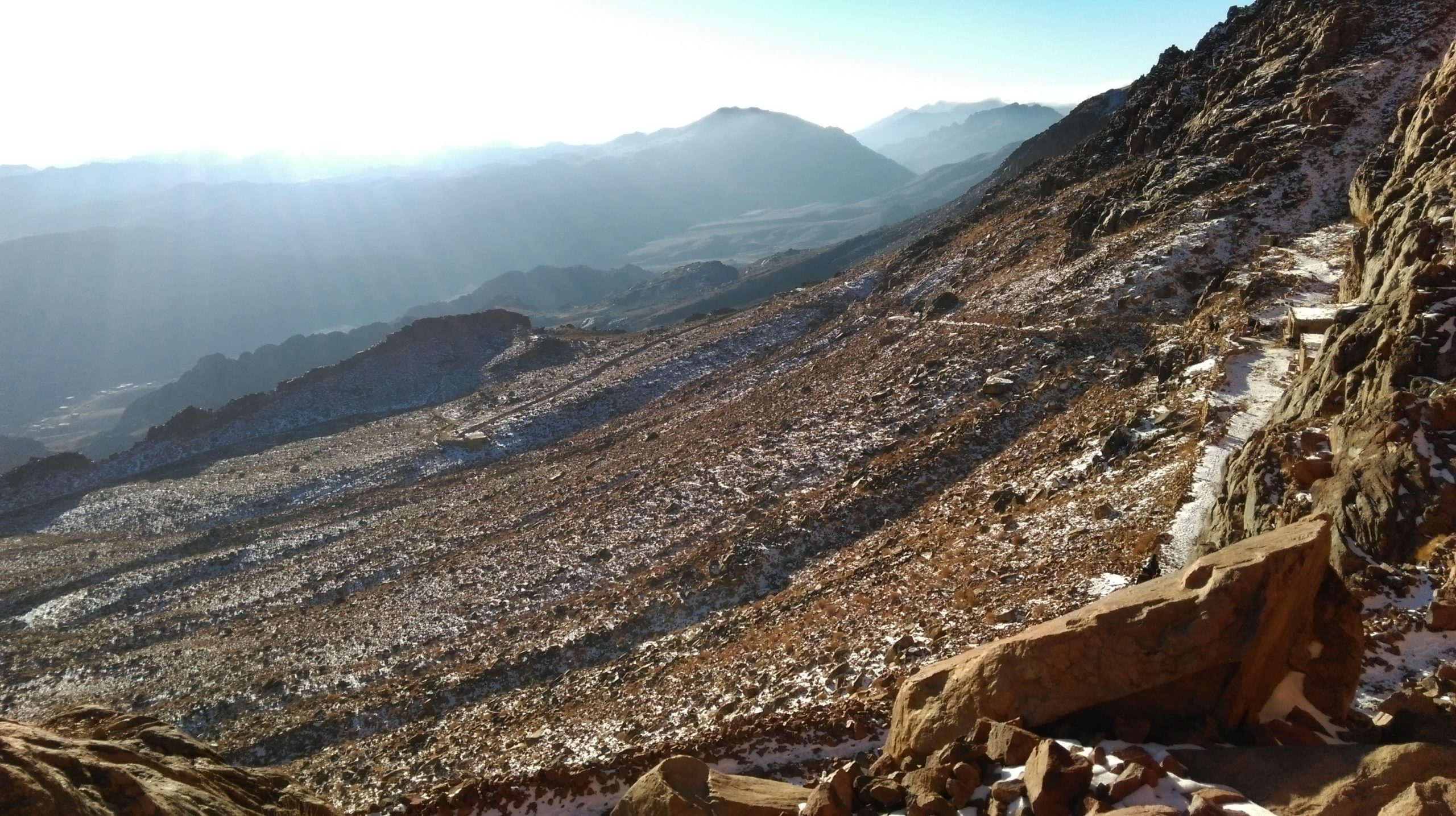 But this is more than just a journey from one continent to another. When you enter Sinai, you are walking upon land mentioned in the sacred texts of all the Abrahamic religions. Jews, Christians, and Muslims alike all tell the story of Moses crossing the Red Sea and speaking to God on the top of Mount Sinai, known in Arabic as Jabal Musa (“the Mountain of Moses”). 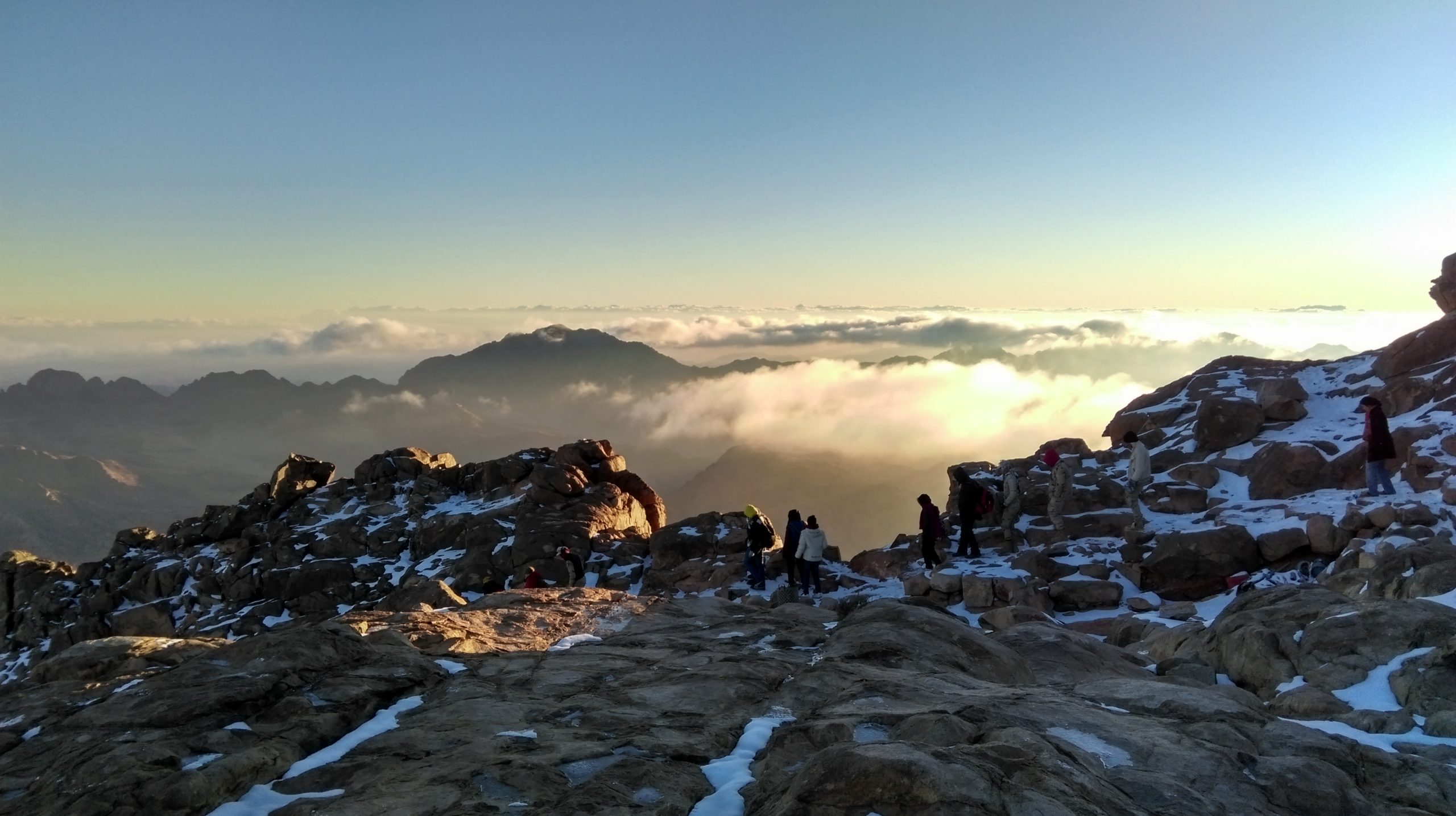 I was lucky to have made my first ascent of Mount Sinai in the middle of winter. Why I consider this lucky will become clear very shortly.

Once the local authorities had announced that it was safe to climb the mountain that particular December evening, we set off from Sharm El Sheikh via bus through the desert and mountain roads that lead to the base of Mount Sinai. The safety check is essential, as winter storms can engulf the peak and more than one hiker who disregarded the warnings has had to be airlifted out.

The guide warned us that we were in for the sort of cold that is unheard of anywhere else in Egypt, but despite the many layers of clothing, I was nevertheless unprepared for the cold that was to greet me at the summit. 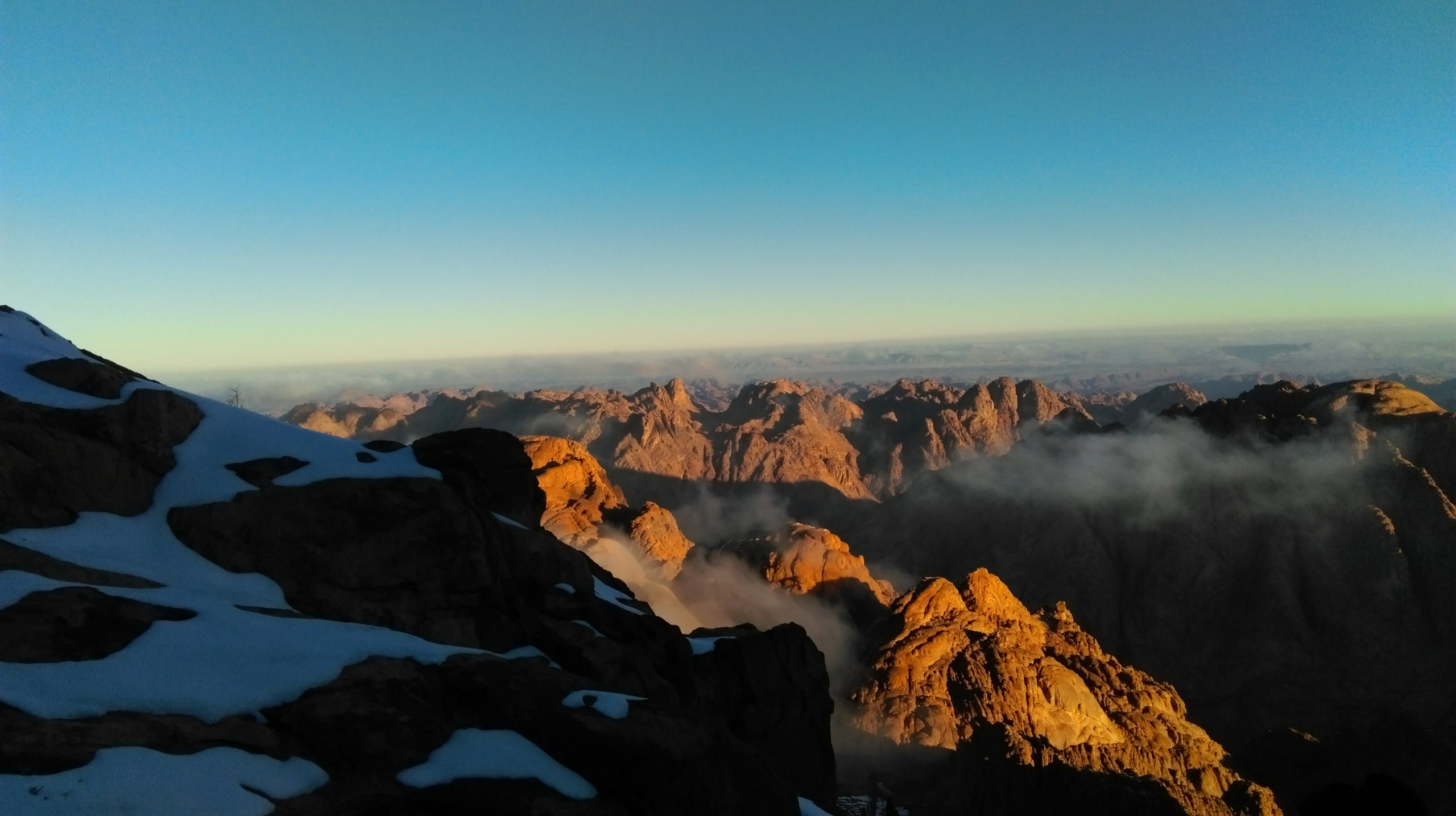 Indeed, even at the base of the mountain, the temperature was 5 degrees below freezing. I had a newfound respect for the Greek Orthodox Monks that have maintained the Sacred Monastery of the God-Trodden Mount Sinai for almost 1,500 years. The monastery itself is a living part of Christian history that dates back to 565 A.D. and is a UNESCO World Heritage Site. 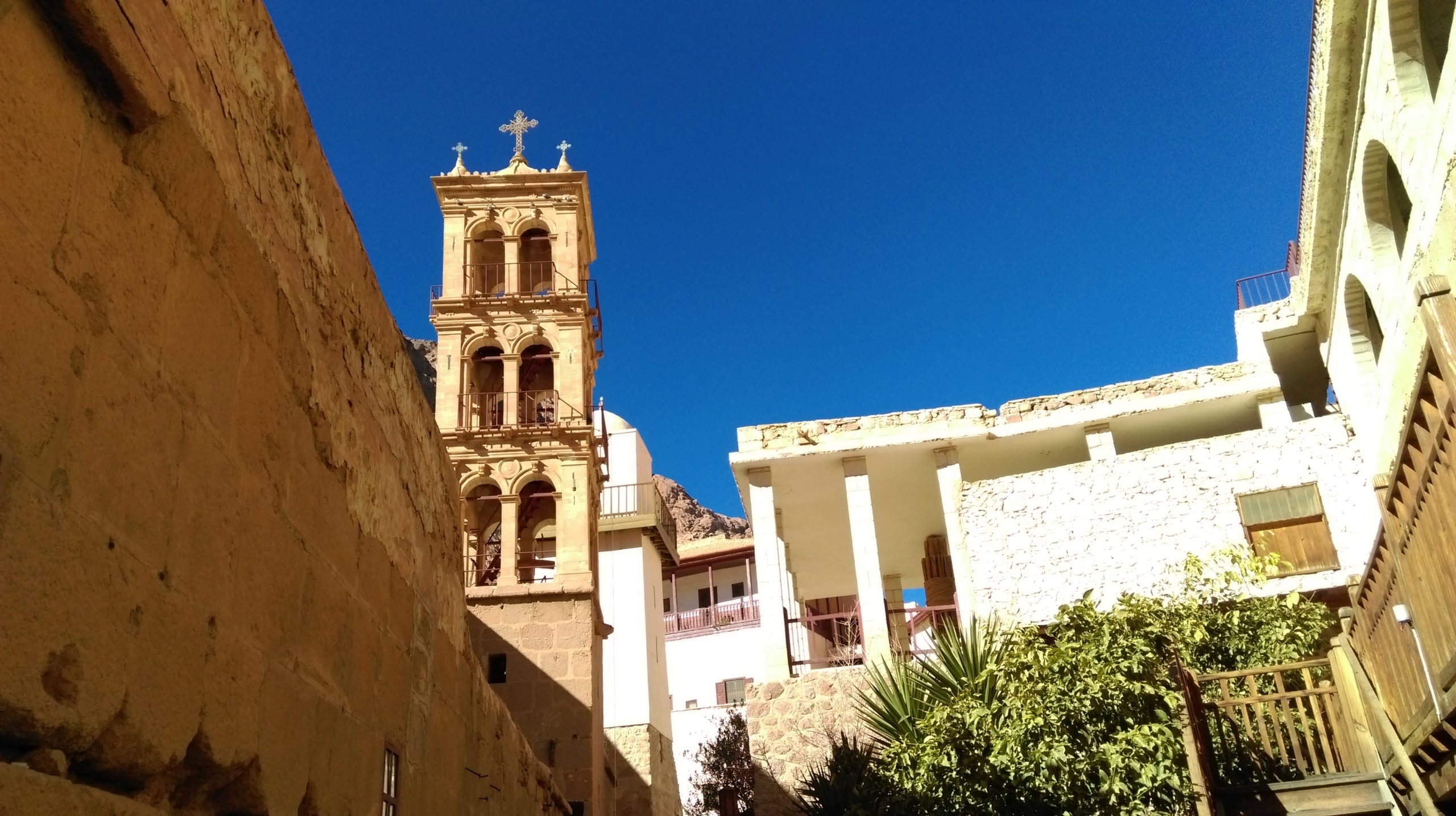 Buried beneath more layers of clothing than I can ever remember burdening myself with, I began my trek up the mountain with a group of about a dozen others led by a Bedouin guide. Thankfully, you don’t need to be an experienced mountain climber, as a path has been carved and built into the side of the mountain.

That being said, this is no easy hike. I saw more than a few people turn back after the first kilometre or so; defeated by the icy chill of the desert night or the arduous trail. 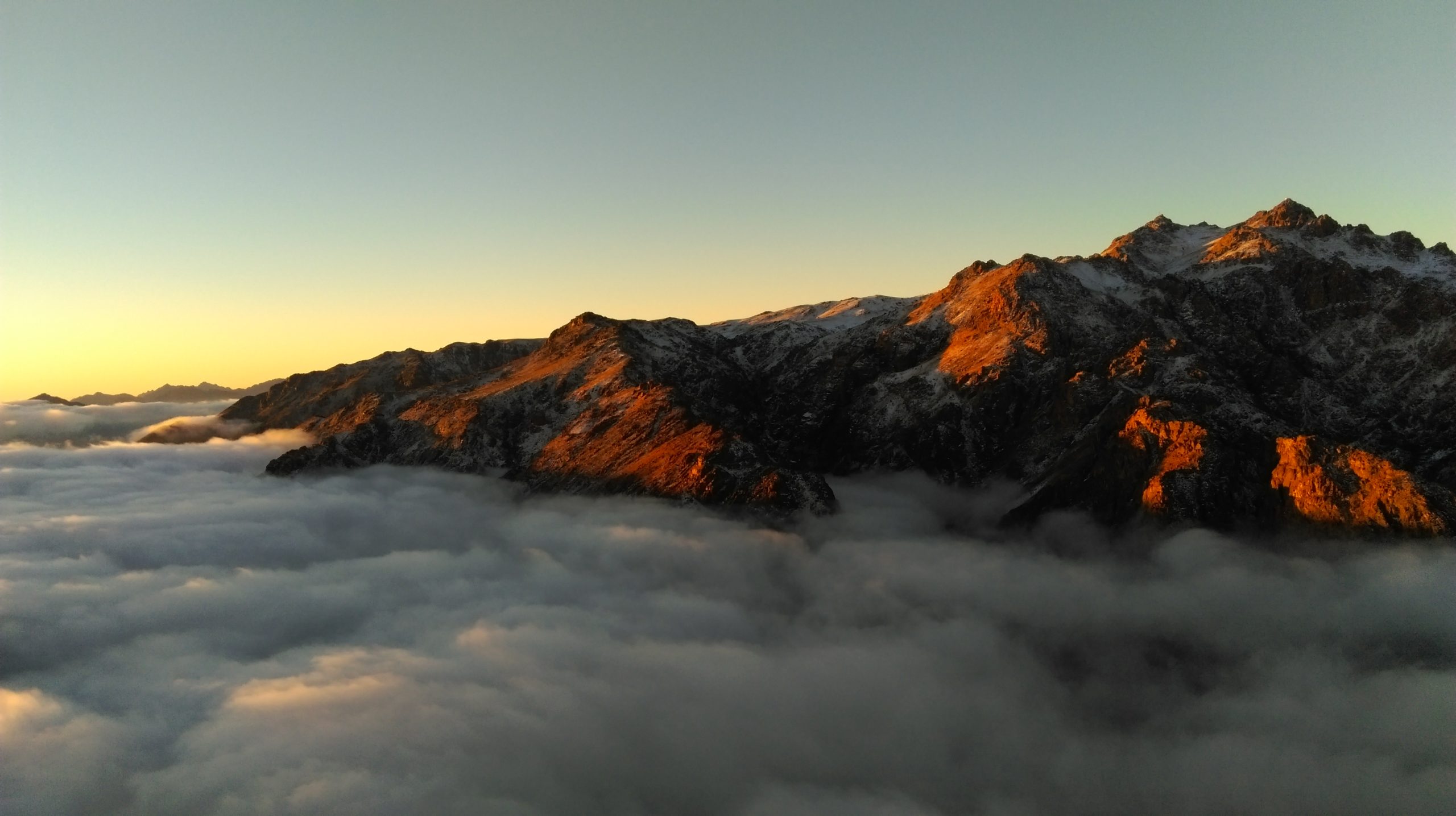 The entire climb took us some 4 hours as we made our way along the 7-kilometre trail through the night. The reason such a journey is organized at night despite the icy cold was to become breathtakingly apparent when dawn broke.

The last kilometre consists entirely of stone steps, and this is also where the optional camel ride ends and you must proceed on foot. By the time we reached the top, the temperature was 15 degrees below zero, and the bottle of water in my backpack had frozen solid. 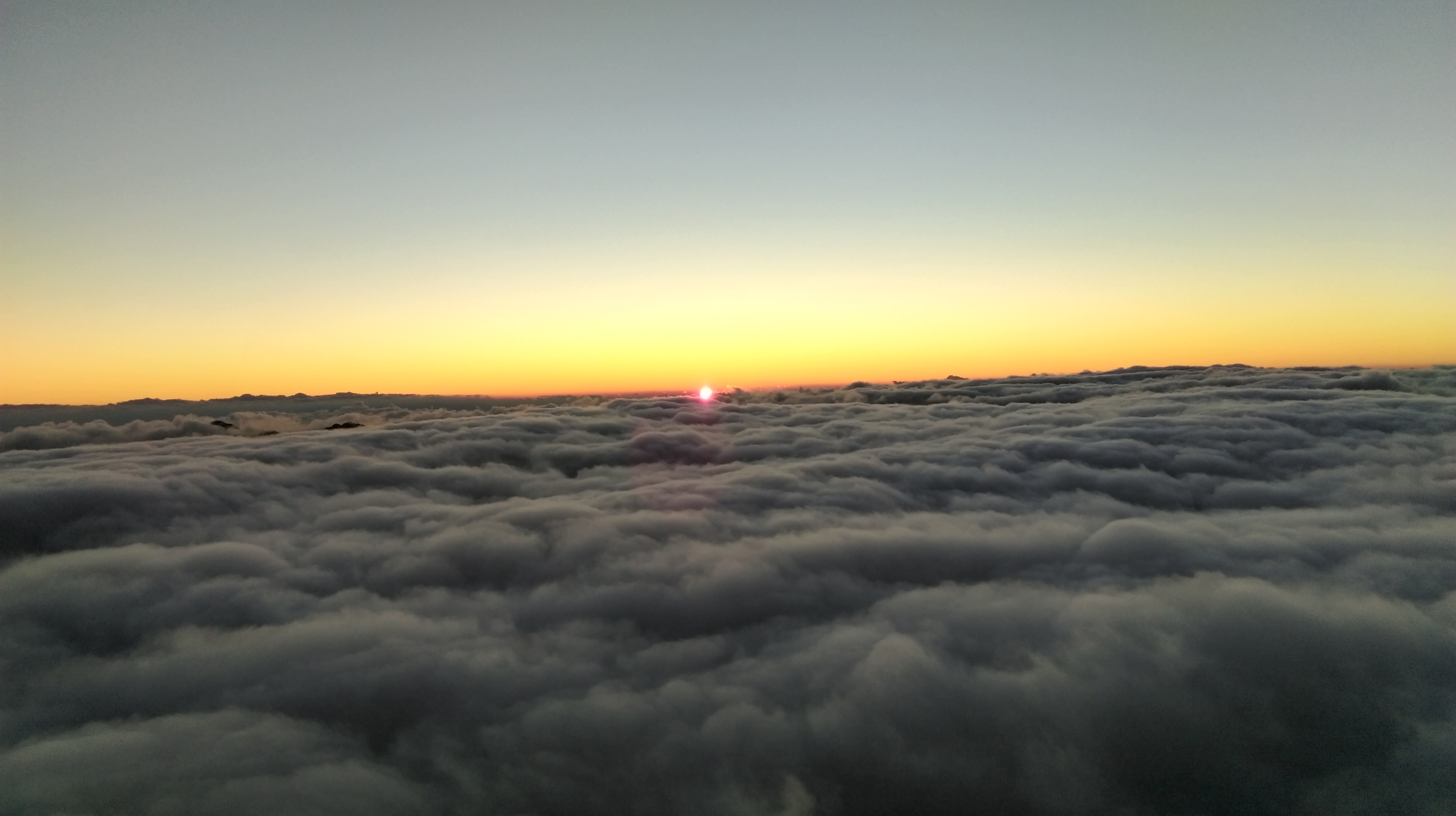 But as we made our way slowly up the mountain, we ascended through the clouds that crown the summit and beheld the night sky. The sight that I had only ever seen before in photographs slowly came into view: The Milky Way, painted across the night sky like a smoky brush stroke. 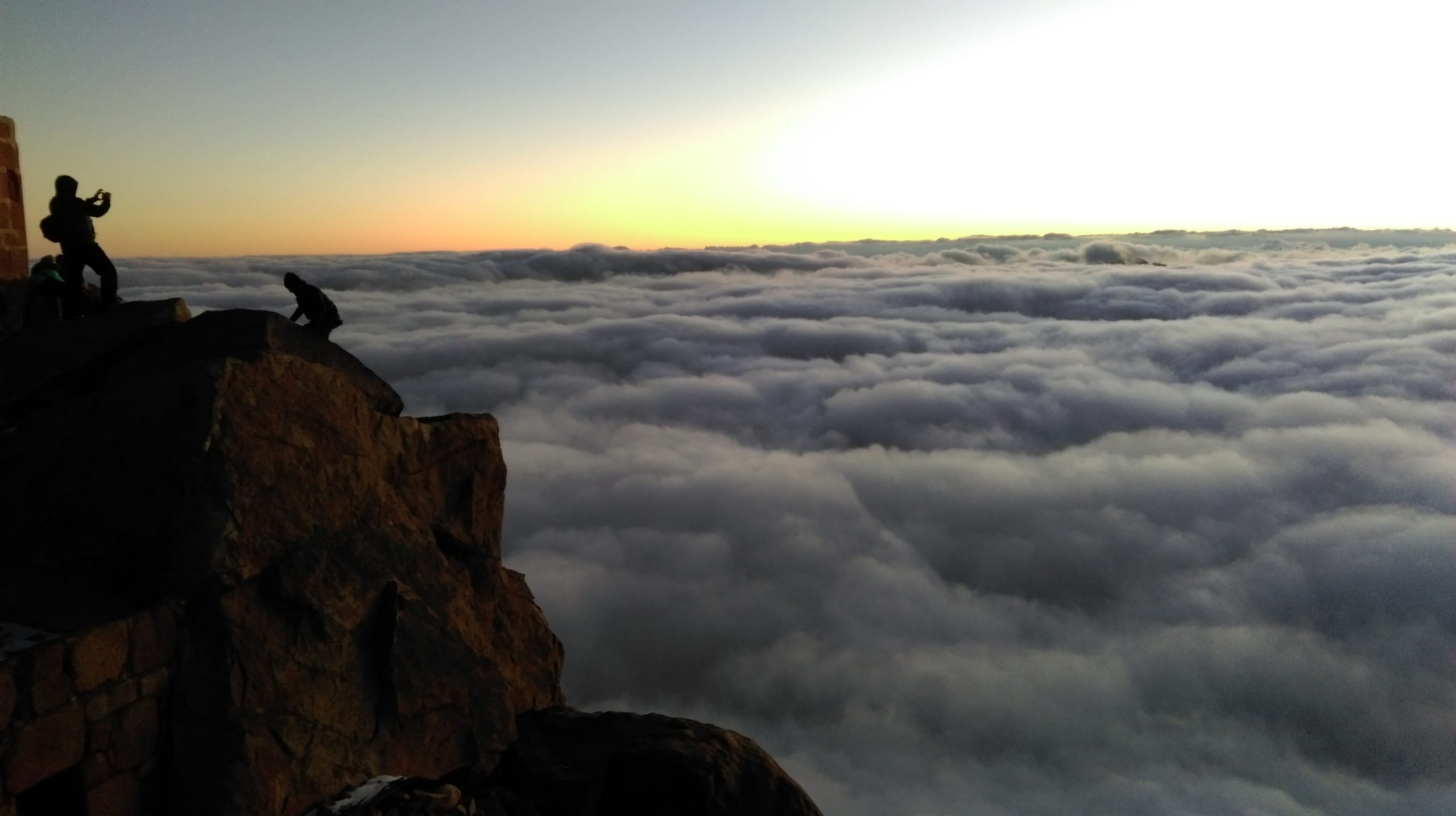 Upon the very top stand two tiny old structures: a church and a mosque. And as we stood upon the summit as dawn broke, with a sea of clouds gathered beneath us and a cosmic ocean slowly fading above us, I knew what it meant to have my breath taken away. 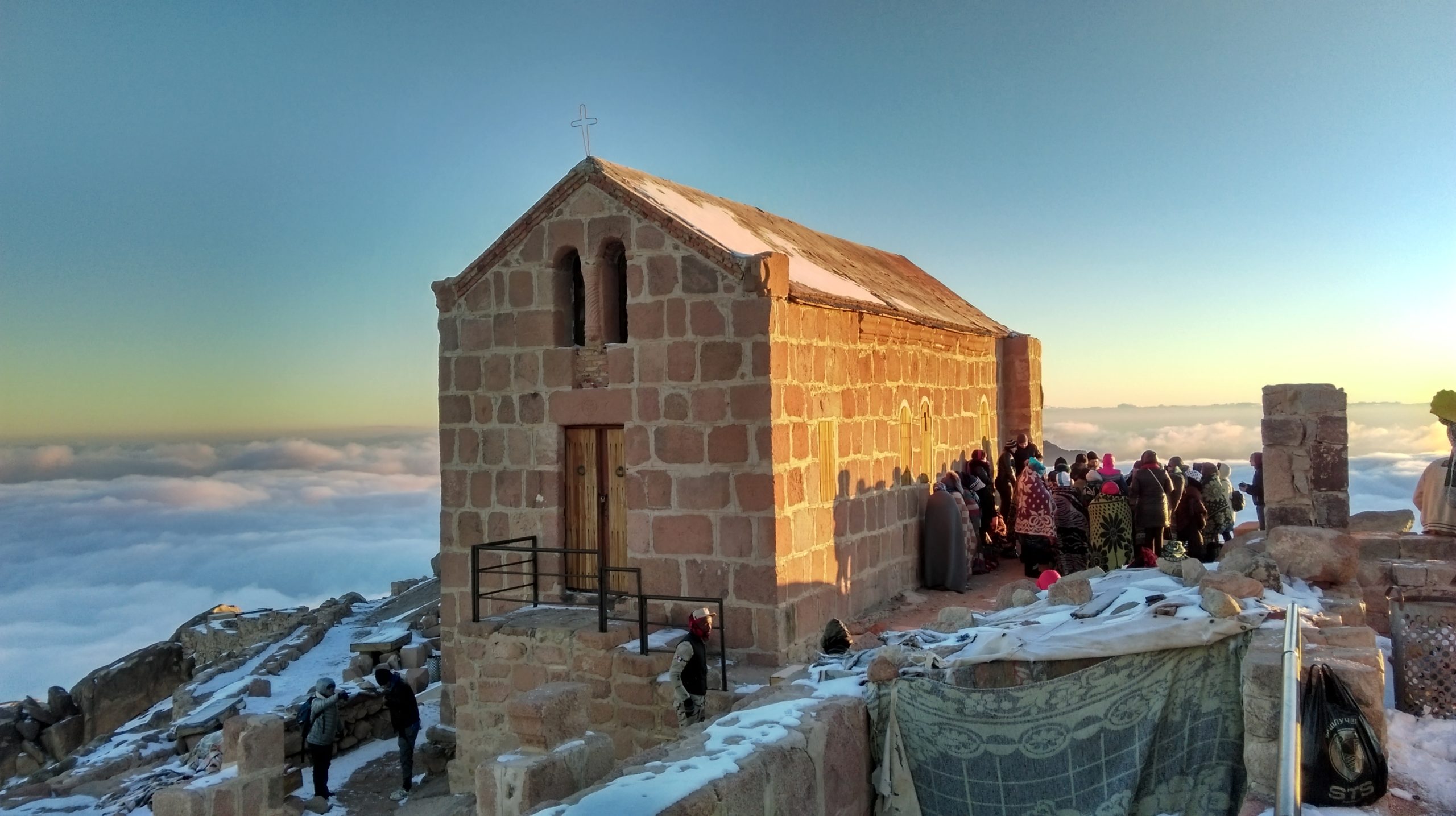 A group of two dozen or so Orthodox pilgrims from Ukraine had also made the journey to the top, and as I witnessed dawn break from above the clouds for the first time, they stood by the church and began to sing a hymn.