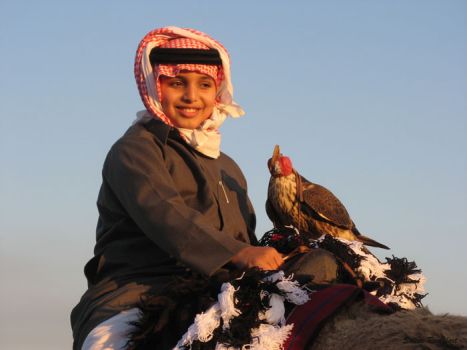 The soaring heights of Qatar

Things are heating up in the UAE and we don’t mean the weather. The region’s carriers are entering a new phase of tourism evolution with the hottest global events, grandest and most imaginative architecture, new state-of-the-art airports, not only attracting an entire new generation of tourism, but also taking transfer traffic from the more traditional long-haul airlines.

Qatar Airways is helping to accelerate the momentum announcing in no uncertain terms that they are determined to become a larger global airline.  It’s 5-star approach to its business has served it well with the carrier voted Airline of the Year by Skytrax in both 2011 and 2012. Accolades also include (just for 2012) Best Airline in the Middle East, Best Airline Staff Service in the Middle East, Best Business Class in the World and the list goes on.

The airline will be the first of the Middle Eastern carriers to receive the Boeing 787 Dreamliner which will fly the Doha to London route and one of 60 of the new planes on order. With 111 aircraft already in its livery, flying to 119 destinations Qatar has orders in valued at more than $50 billion for 250 more aircraft, including the Dreamliner, 787s, 777s, Airbus SAS A350s, A380s and A320s.

The 5-star accolade is not assigned lightly and Qatar extended the first class service to its dedicated Premium Terminal at Doha International Airport, the first of its kind in the world.  First and business class passengers can enjoy spa treatments, Jacuzzis, saunas, business services, fine dining, concierge meet and greet services, and e-gates to speed up immigration facilities in an atrium with soothing water features.

Next on the list is the New Doha International Airport, first expected to open at the end of 2012, but now slated for a mid-2013 unveiling. Qatar says the new terminal is required due to the high growth the airline has bought into the city with the first phase of the new airport able to handle 29 million passengers annually, three times the current airport capacity. Total completion of the oasis themed building will see a 50 million passenger throughput, 320,000 aircraft movements and 2 million tonnes of cargo handled each year.

CEO Akbar Al Baker has stated that ‘there will be no other airport of such a high standard’. Giant retail areas that will be highly visible in large, comfortable spaces and while luxury items will naturally be available as you might expect, the airline chief says that all budgets and tastes will be considered. Suffice to say this will be an airport unlike any other.

Qatar recently grabbed headlines with much speculation about which alliance the carrier would select announcing they would become a member of Oneworld in less than two years. The union provides a step up for British Airways and others linking access to the rapidly growing markets in Asia, Africa and the Middle East.

And the growth continues. Qatar plans to fly to six new destinations in as many months including Myanmar (it’s tenth ASEAN gateway), Mozambique, Kenya, Kilimanjaro, Rwanda, Belgrade, Warsaw and Chicago in 2013.

All this construction and expansion will suitably shine for one of the largest sporting events in the world when Doha hosts the 2022 FIFA World Cup. Preparations, many with an ecological conscious, include a New Doha Port, Doha Metro and Qatar Railway including a $1 billion alternative energy project to provide green cooling techniques for the stadiums.

One might ask what’s next for this city of the future. Fasten your seat belts and enjoy the ride, Qatar is soaring to new heights.