What’s a visit to Tokyo without a side trip to Disneyland and DisneySea?

Minus Mickey, Donald and Duffy is what.

Duffy the bear is a favourite Disney character in Japan, just one of the quirkier aspects integral to a visit to one of the world’s largest cities where difference, from a Westerner’s eye, is everything.

Launched as a main attraction at DisneySea (the adjacent park to Disneyland) in 2005, Duffy had never been a prominent character in USA Disney parks.

In Tokyo, it’s a different case.

Duffy the bear is everywhere. 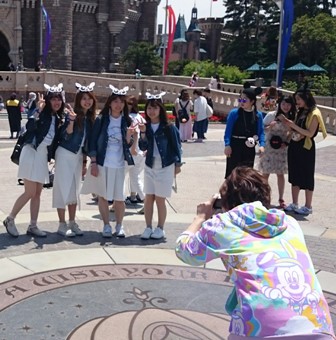 By the way, for the uninitiated, Duffy shared escapades with Mickey from his Cape Cod, Massachusetts base, a duo set to have frolicking fun wherever they went.

DisneySea along with Disneyland straddling Tokyo Bay presents Duffy the bear in a perfect seaside location.

The Japanese have embraced Duffy like a long lost friend. Duffy merchandise boasts prominent positioning in all the shops across Disneyland/DisneySea. He’s the inescapable bear. 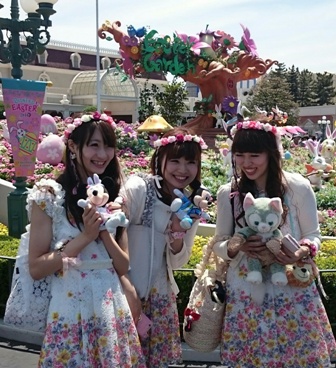 So popular is this ursine character that purchases of Duffy themed merchandise are limited for each customer in case the shops run out of Duffy stuff. Given the amount of Disney paraphernalia the Japanese wear during a visit, I’m not surprised that Disney bosses have taken measures to ensure everyone gets a chance to buy their own Duffy souvenir. Clearly a lot of yen is to be made from selling Disney memorabilia to a captive audience.

Tokyo Disneyland has been in operation since 1983. DisneySea (focused on contemporary characters: Sindbad, the Little Mermaid and the recently acquired Star Wars franchise for example) was opened in 2001.

Tickets to both parks can be purchased online at www.tokyodisneyresort.jp

(It’s a good idea to purchase tickets online before visiting. During school holidays and peak summer season, you won’t get in otherwise.)

Different passes are available: one day, multi-day, family and individual. 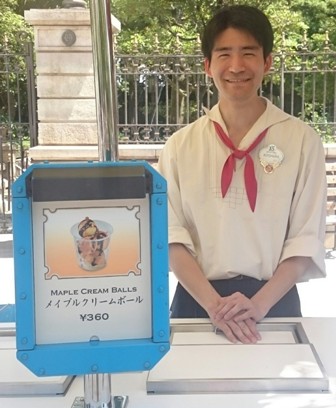 Like all Disney parks across the world (the newest park in Shanghai is set to open in 2016), the whole shebang is immaculately run.

Gardens are lovingly tended to the nth degree, not an errant leaf out of place. Queues at popular rides (sometimes two hours long) are scrupulously monitored by ever smiling Disney employees, customers jollied along like happy seals to the next waterfall slide ride.

Food and beverage outlets (buffets are de rigueur, there are no a la carte restaurants) are easily accessible with comestibles available at various price points though food is where authentic Japanese influence is lacking. A weird amalgam of USA/Japanese cuisine constitutes the buffet arrays in both parks, borrowing from both but sadly excelling at neither.

But if a fantasy land experience without gourmet treats is your oyster, this is the place to find a pearl or three.

I’m no great fan of the Disney when-you-wish-upon-a-star illusion but constant messages of good triumphing over dastardly evil and the joys of eternal simplistic youth are compelling. 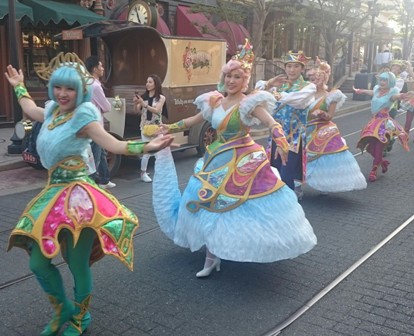 If you’re in Tokyo for a few days and feel the need for pure escapism, the Disney parks provide a completely alternate reality.

Certainly the Japanese have embraced Disney characters (and their requisite wholesomeness) like Donald ducks to water.

The daily Easter Parade sees hundreds of Japanese waiting patiently in prime positions along the route. Seated like Buddha on the cleanly swept footpaths, they wait quietly for a walk on down the Mickey, Donald, Goofy, Snow White Duffy and Pluto road. I’ve only seen comparable devotion before in the holiest temples and churches.

The rides are terrific. I loved the Indiana Jones like volcano roller coaster and the Tower of Terror amongst several other thrill seekers’ delights. I didn’t make it to Space Mountain (next time I hope), but I enjoyed the newest Star Wars 3D ride where I did indeed feel like Luke Skywalker hurtling at light speed from one planet to another.

I was less impressed by the shows; saccharine sweet and oh-so-twee but the kids seemed to love them.

Both parks are open until well after sunset. Stay late and enjoy the fireworks. The lighting is fantastic and the whole waterside extravaganza comes alive after dark.

Takeshita-dori near Harajuka Station, one stop past Shibuya, where young Japanese dress up like Lolita, Goths and other fantasy fetishes is weirdly like Disneyland and DisneySea but slightly less edgy. How can Snow White be Lolita for instance?

I loved watching Japanese fans dedicate their appearance to the Disney fantasy world.

In this respect alone, Tokyo Disneyland and DisneySea are well worth visiting.

I never expected to feel such cross-cultural resonances in Mickey Mouse land but there you have it; always be ready for multiple surprises in Japan.

Tom Neal Tacker travelled to Tokyo as a guest of Tokyo Disneyland.

No visit to a Disney park is complete without a shopping opportunity. Smack bang between the two Disney parks is the Ikspiari shopping mall. Spread over three floors, there are more shops and food outlets here than Donald Duck could line up in a row. Some of the restaurants are better than in the two parks themselves. The retail shops are pricy. See www.ikspiari.com

Nearby is the Emion Hotel. Thematically linked to the parks via merchandising and family friendly facilities, it’s an above average place to stay. Free shuttle buses carry guests to and from the parks (approximately 2 ks). A good onsen is open for a nominal fee to house guests. A restaurant on the top floor serves authentic Japanese cuisine, something the Disney parks do not. See Hotel Emion Tokyo Bay.