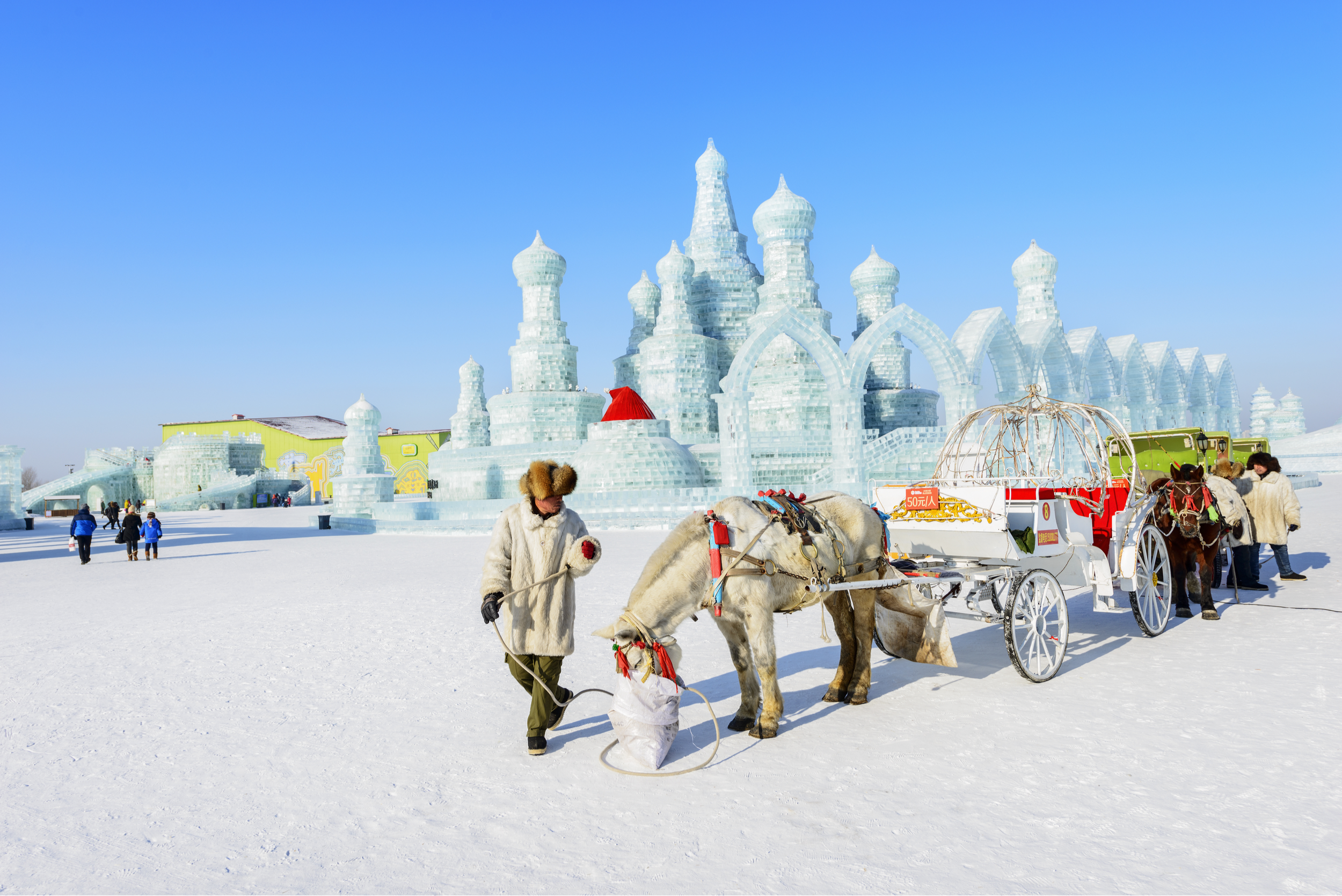 As winter begins to peak in January and February, frozen attractions start to pop up all over the world again. However, many of these tend to be overpriced tourist traps that really don’t offer that much to do. Here’s our pick of ice festivals around the world that are not just great experience themselves, but are also surrounded by other terrific experiences or sights.

Pretty much the superstar of all winter festivals, the Harbin International Ice and Snow Sculpture Festival is the largest snow and ice festival in the world.

Ice sculptors from the world over would flock to Harbin to show off their incredible skills and creativity, presenting some imposing ice and snow sculptures to the millions of visitors who flock to see these massive works of art. The festival will go on until February 20, 2020. 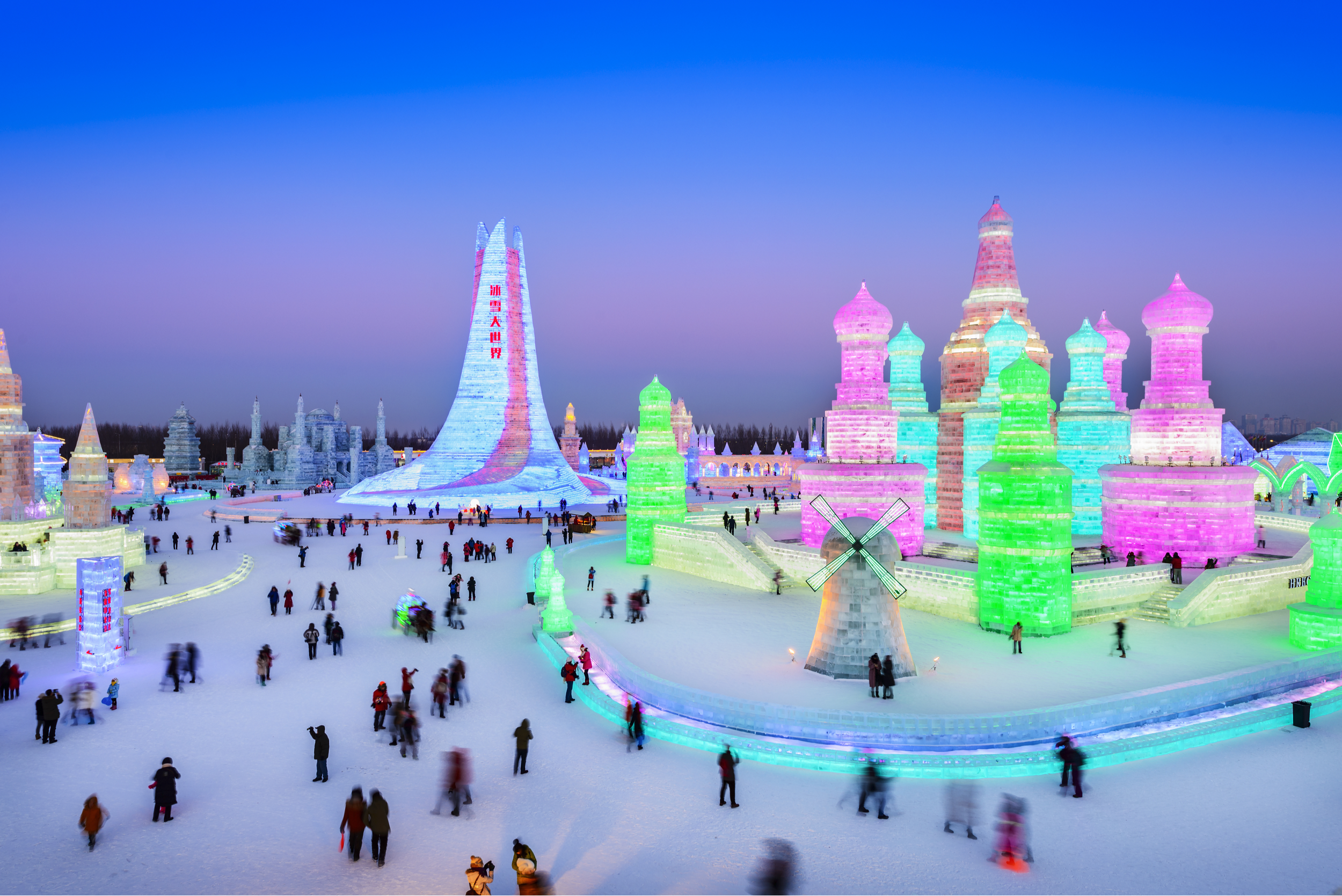 The main – and most renowned – exhibition area is the Harbin Ice and Snow World, where you can see beautiful replicas of world landmarks and icons carved out of ice from the Songhua River.

Aside from this, there are also plenty of other attractions that are part of this event, including smaller sculptures dotted around the city, ice lantern displays at the Wanda Ice Lantern Park, and the child-friendly activities in Zhaolin Park which feature slides and castles on a smaller scale.

One of the must-visit sites has to the Saint Sophia Cathedral, a former Russian Orthodox Church built in 1907.

Located deep in the beautifully scenic Chena River State Recreation Area, the Aurora Ice Museum features elaborately carved sculptures and ice art. The features of the attraction are incredibly well-built and are consistently maintained and updated by a slew of dedicated ice carvers.

While they usually work behind the scenes, sometimes you may be lucky enough to catch a glimpse of their genius at work!

Unlike most other icy attractions in this list, the Aurora Ice Museum is a year-round attraction. Its name is a nod to the occasional sighting of Aurora Borealis in the region, and you can see that being incorporated into the design of the place as well with colorful lights livening up the atmosphere.

There is also an ice bar that serves up appletinis in a martini glass made out of one entire piece of ice.

The Aurora Ice Museum is actually part of the Chena Hot Springs Resort. The hot springs were first discovered by gold miners but now has turned into a quaint cabin resort with expansive hot spring facilities.

The highlight of the property is the stunning outdoor rock lake, where visitors can relax in a warm hot spring under the stars, and if you’re lucky, under the Aurora Borealis.

The week-long Sapporo Snow Festival dates back 7 decades and is one of the most popular winter events in Japan. Every year, the festival draws in tourists from the world over and across Japan as well, bringing millions into this idyllic northern Japanese city.

The entire event spans across 3 sites, the Odori site, the Susukino site, and the Tsu Dome site. This year, the festival will begin on January 31 until February 11, 2020.

The main site of this festival is the Odori site, which takes place in Odori Park, located right in the middle of the city, and spans 1.5 kilometers. Here, there are over a dozen massive snow sculptures as well as light features lining the area.

Over at the Tsu Dome site, which is further away but is pretty extensive, there are snow slides, snow rafting, more sculptures, and also food stands and a stage within the dome.

While there may be a never-ending list of places to visit and food to eat in the city, don’t forget to hit the beautiful slopes of Sapporo!

Located just a short distance from the city center, the Sapporo Teine is a recreational center with comprehensive skiing facilities. It was also host to the 1972 Winter Olympics, marking it as the first location in Asia to ever host the event. There are also terrific views of the city here.

Located just about 30 minutes away from Quebec City, Hôtel de Glace is not a run-of-the-mill ice hotel. The hotel opens seasonally and changes its theme each year. It’s part of the Valcartier property, so expect uncompromised luxury and an impressive roster of activities. The rooms and suites at the ice hotel also come with a room at the Hôtel Valcartier to access all the modern amenities we need.

The property also has an onsite spa, the Aroma Spa, which offers luxurious treatments and an incredible ‘Thermal Experience.’ The thermal experience includes a Finnish sauna, essential oil steam baths, indoor and outdoor pools and hot tubs, as wells as cold baths. Those looking for more thrill can look forward to the inner tube slides, snow rafting, and also, ice skating.

Quebec City itself is also incredibly charming during winter, especially so in the Quartier Petit Champlain, which claims to be the oldest commercial district in North America.

Here, during the winter season, you’ll find the streets lined with snow and a beautiful golden glow from the lights that continue to hang, creating a remarkably romantic atmosphere. Dine in one of the quaint little cafes, pop into a little trinket shop, or go ice skating.