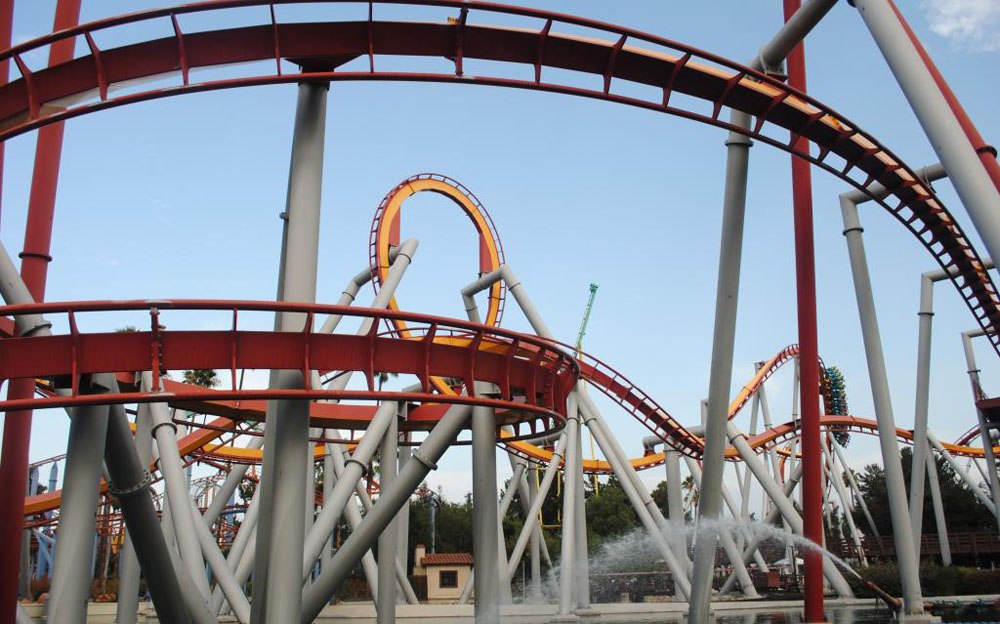 Here are my picks for Anaheim’s theme parks and themed attractions.

Off to see the sights!

Pirates Dinner Adventure. My first stop in Anaheim having just flown 14 hours from Australia and it kind of reminds me of the Australian Outback Spectacular ”“ something I always make the family go and see when we visit the Gold Coast.

The interior is amazing, a giant pirate ship sits smack in the middle of a stadium and audience members are divided into groups with a colour and a captain who has to battle for his place as we cheer him on. Great fun! 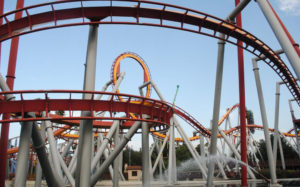 Don’t miss: the new WindSeeker which takes you up 90 metres before it spreads its metal arms and swings you around on a 60-second flight at a 45 degree angle.

Also highly recommended; Snoopy Unleashed on Ice show at the Charles M Schulz Theatre which has quite breathtaking stunts and dance routines.

Medieval Times. Dinner and a show! The audience is divided into separate kingdoms and each leader competes in various games. Word of warning for you Purell-addicted germaphobes, maybe bring along your own cutlery as this dish is all hands on.

Mickey in the happiest place on earth

Disneyland. The Happiest Place on Earth is still pretty cheerful after all these years and there are a few new attractions at Disneyland worth checking out.

I spent my first day wandering through A Bugs Land, great for littlies, and Cars Land, which is like walking on set into Radiator Springs and it has an awesome roller coaster.

Must Do: My other picks include Mike & Sully to the Rescue and the Grizzly River Run (maybe take a poncho).

Dinner tonight for me was a cream cheese-filled pretzel as I watched World Of Colours ”“ a music and lighting spectacular featuring scenes from nearly every Disney movie ”“ my fave? Pirates of the Caribbean.

My second day’s Disney adventure started with breakfast at Minnie’s Caf©, an intimate affair with Eeyore, Pooh, Rafiki, Chip, Dale and the gang and a huge variety of food.

I then headed for Space Mountain with my queue-jumping-enabled Fastpass, before taking advantage of my 20%-off voucher at Downtown Disney.

Must See: Mickey and the Magical Map ”“ great show because it includes loads of Disney characters including Pocahontas, Mulan and King Louis from Jungle Book.

Sea World San Diego. The star of the show here is of course Shamu the killer whale, so I made this my first stop. I got to the stadium nice and early and nabbed myself a seat up front and centre – the wet zone.

So of course I was able to get some awesome photos of the star herself and still managed to keep my camera dry.

Top Tip: Take a ride on the Skyride Tower to get a view of the park and get your bearings.

After grabbing myself some Dippin’ Dots I headed for the Dolphin show which has the world’s only performing pilot whales and birds. With a few rather colourful human acrobats thrown in for good measure. This show is definitely not what you’d expect ”“ in a good way!

Next up, Wild Arctic to see walrus and beluga whales which, like most Australia kids I expect, I have never seen before ”“ and they are unlike any animals I have ever seen. A bit different from koalas and kangaroos.

Must See: Cirque de la Mer ”“ this is one of the funniest things I have seen since arriving in California and I don’t want to give away any spoilers ”“ you’ll have to go see it for yourself!

Karmel Shuttle Service provide an excellent shuttle service between LAX and Anaheim hotels. The drivers are great fun, and keep you entertained on the hour-long drive by pointing out items of interest (like this highway was the location for the Sandra Bullock film Speed while it was under construction).

Lux Bus. The trip from downtown Anaheim to San Diego takes about 2 hours, but we’re entertained along the way as our driver points out Will Ferrell’s old school Bette Midler’s house where the Mighty Ducks live.

Howard Johnson Plaza Hotel is practically a theme park in itself, with an awesome water park, large family rooms and close proximity to Disneyland.

Hotel Menage is a boutique hotel, with beautifully decorated rooms and it’s so close to Disneyland you can watch the fireworks each night from the pool bar.