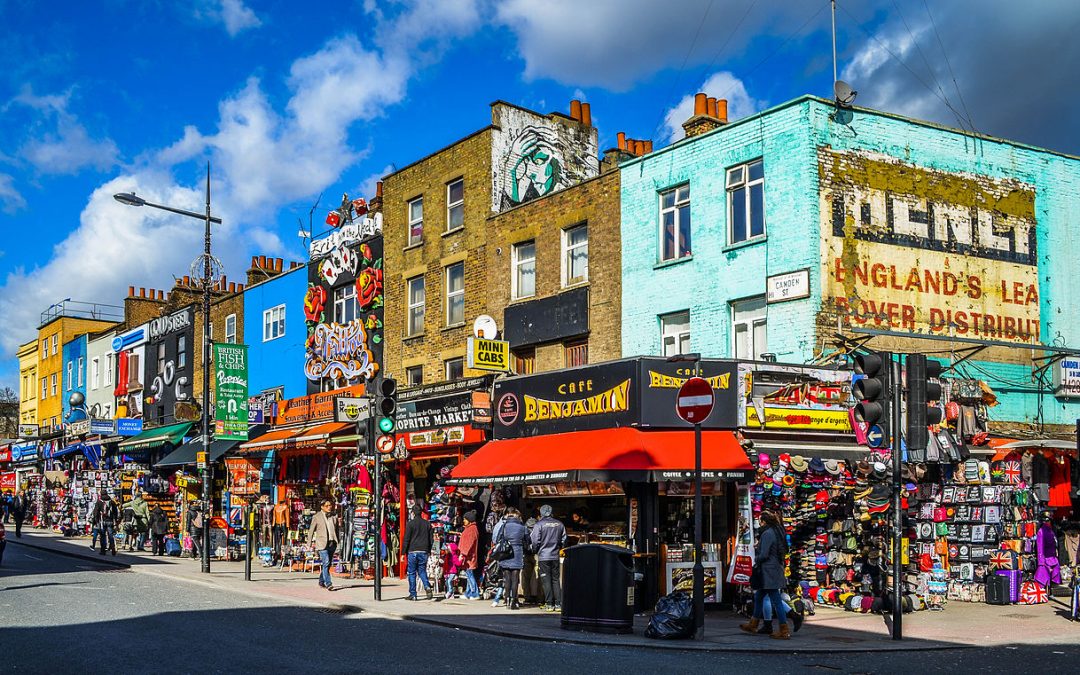 This One Cool Spot in London Lets You Experience the City at Its Most Eccentric — Prepare to Be Amused by the Sights!

Having grown up in the UK I can say that London and the rest of England are two very different places. Sure, the weather is just as rainy in both, but London is nevertheless a strange beast.

While its value for history buffs is almost unending, London is also home to Camden Town. Now, if London is a strange beast, then Camden Town is the point at which all of London’s peculiarities convalesce into a distinctly odd, eccentric, and nevertheless bewitching area. 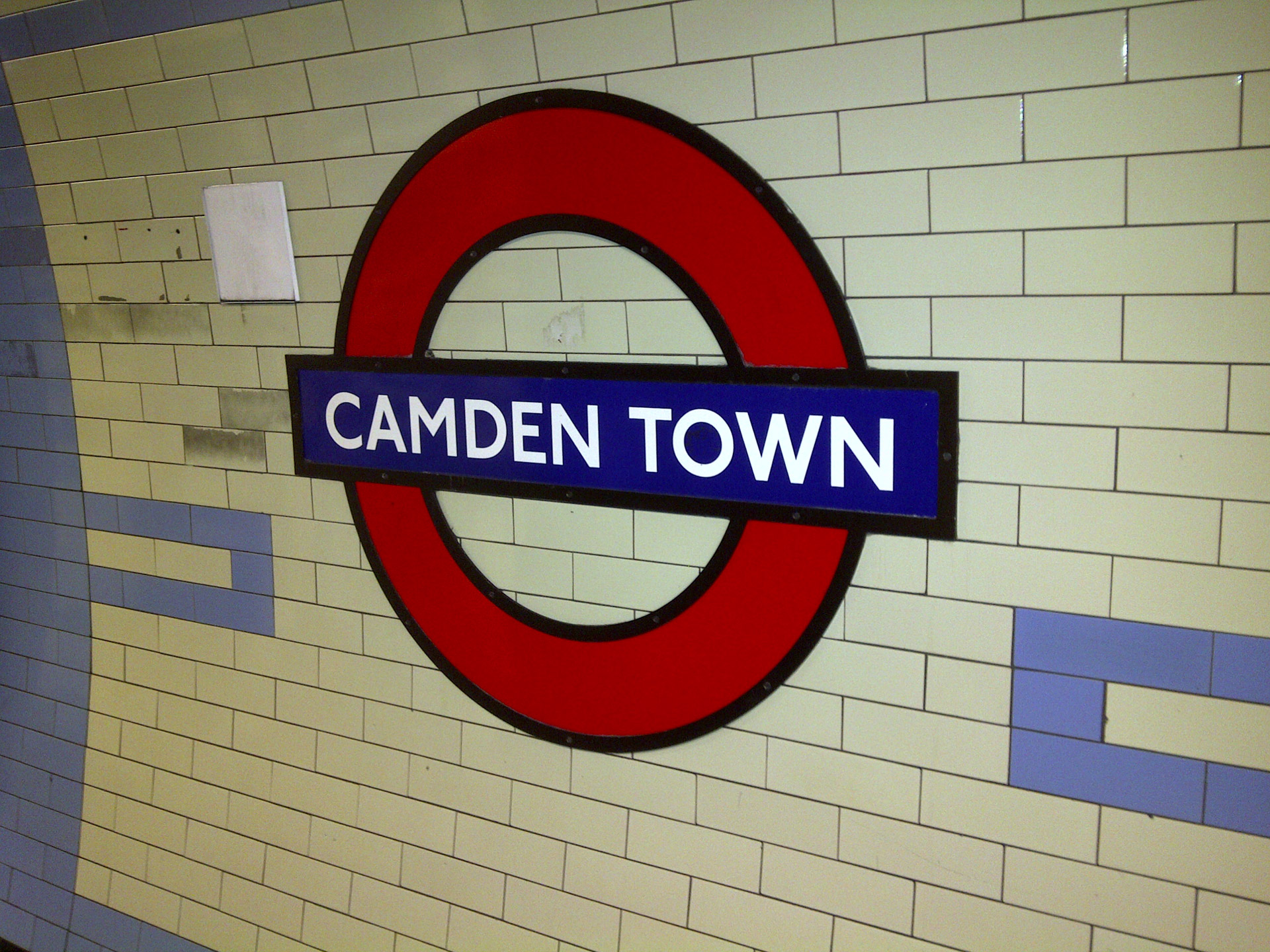 The eccentricity of Camden and, specifically, Camden Market is embodied by both the myriad of shops and the sorts of people you are likely to find walking past you.

Indeed, on one of my many visits to Camden I remember my sister making the remark that “Camden is definitely the weirdest part of London”. Just as she said that, an elderly gentleman with a scraggly long beard, a small dog, and more leather about his person than a half-dozen cows could provide overheard her and added, “And it’s the bloody best!”, as he walked by. 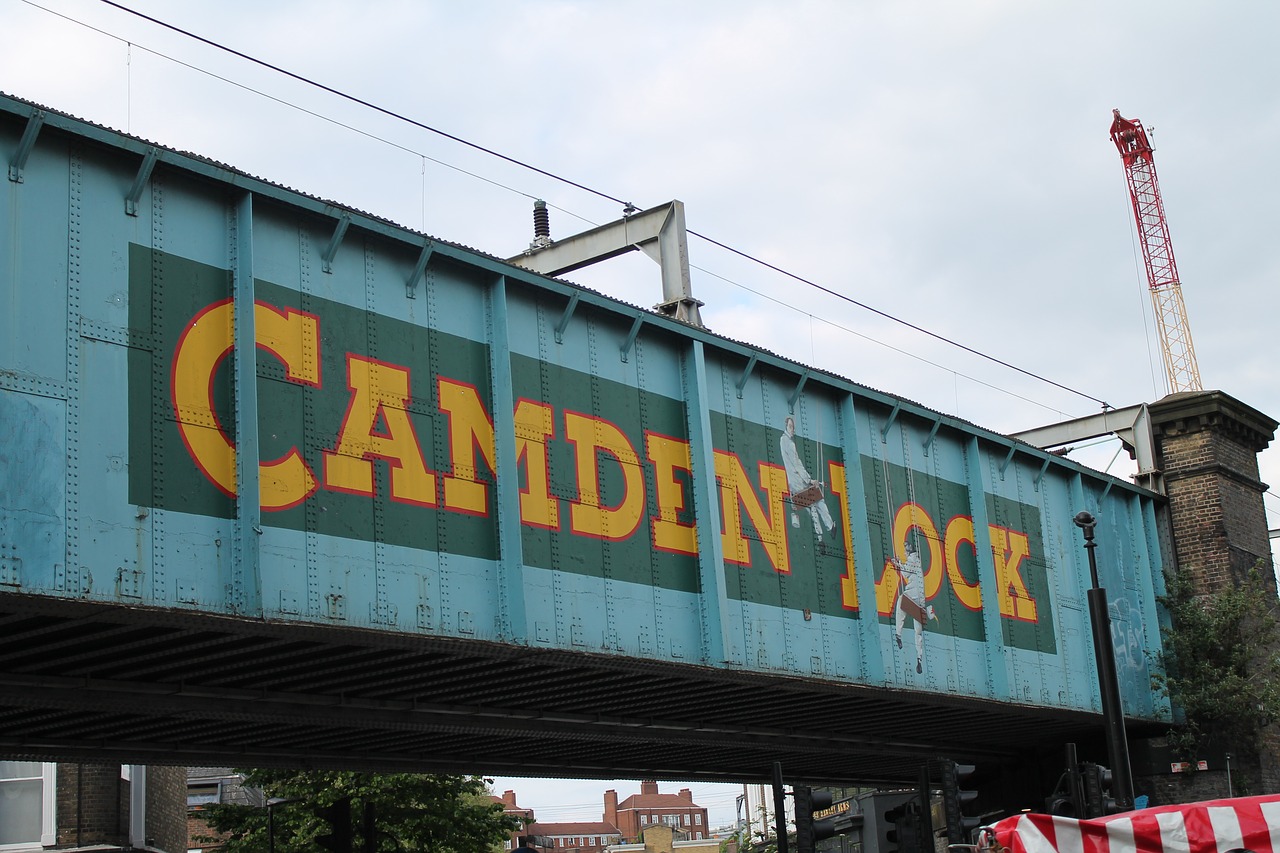 Just past the huge line of clothes stalls was a shop that I once popped into with the intent of buying a band t-shirt. The shop was lined from floor to ceiling with heavy metal gear, spiked leather boots, and all the panoply of merchandise you would expect in such a shop.

oThe owner of the shop was either Syrian or Lebanese and his two assistants were Polish, both dressed to match the shop with leather corsets, tattoos, piercings, and gothic-style makeup. What I found in that shop is something you’ll only ever see in Camden. On one shelf were t-shirts for satanic black metal bands, and on the shelf below a t-shirt with a crescent and a star on it with the caption: “Don’t Panic, I’m Islamic”. 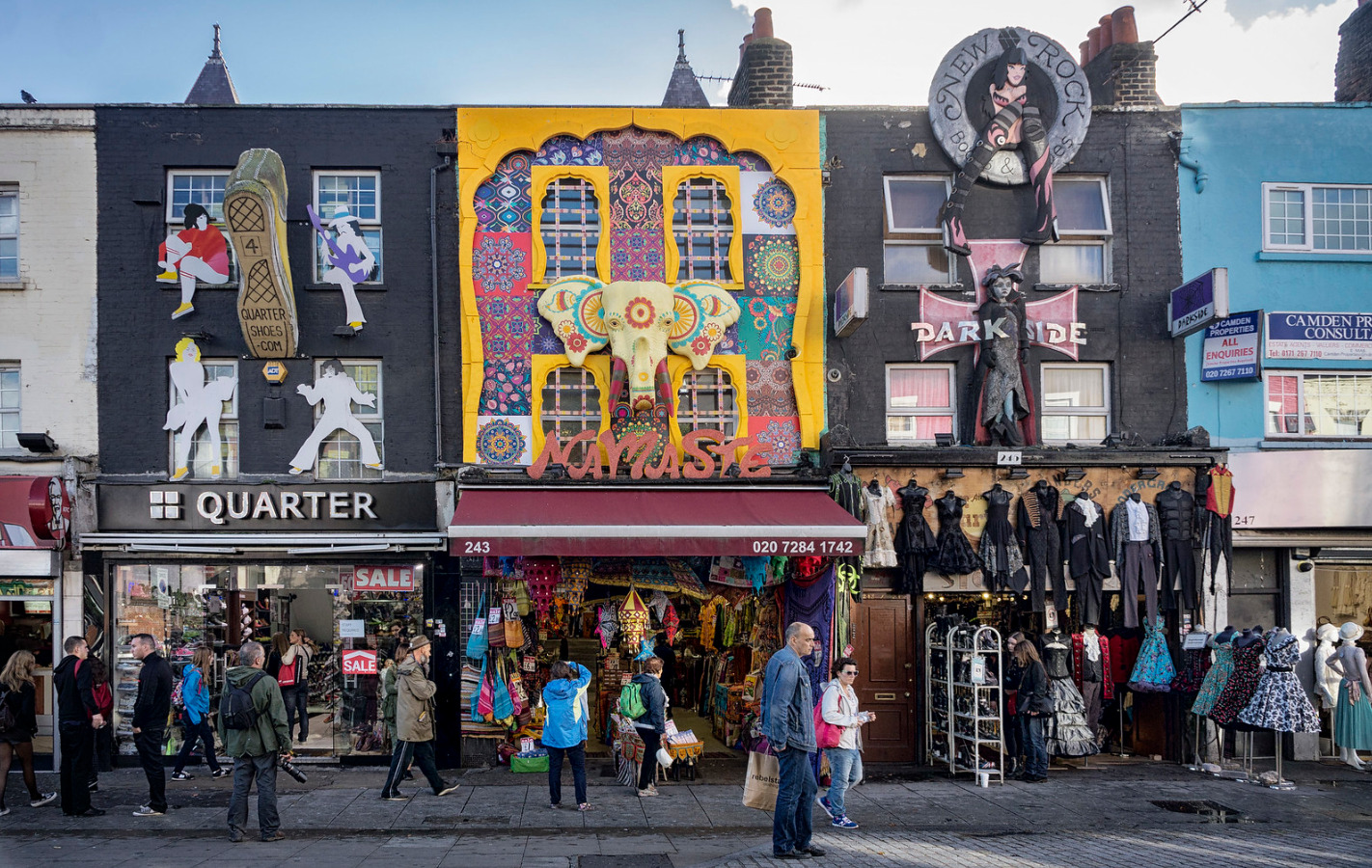 As you wander deeper into the winding market of Camden it is very easy to get lost, both literally and in a more metaphorical sense. Food stalls sell every kind of food imaginable, including the best chicken burrito I ever had (sadly it has since closed), and every taste is catered to. On one visit I found a typical Egyptian ‘ahwa (café), with shishas (water pipes) and everything, just near the military surplus shop. 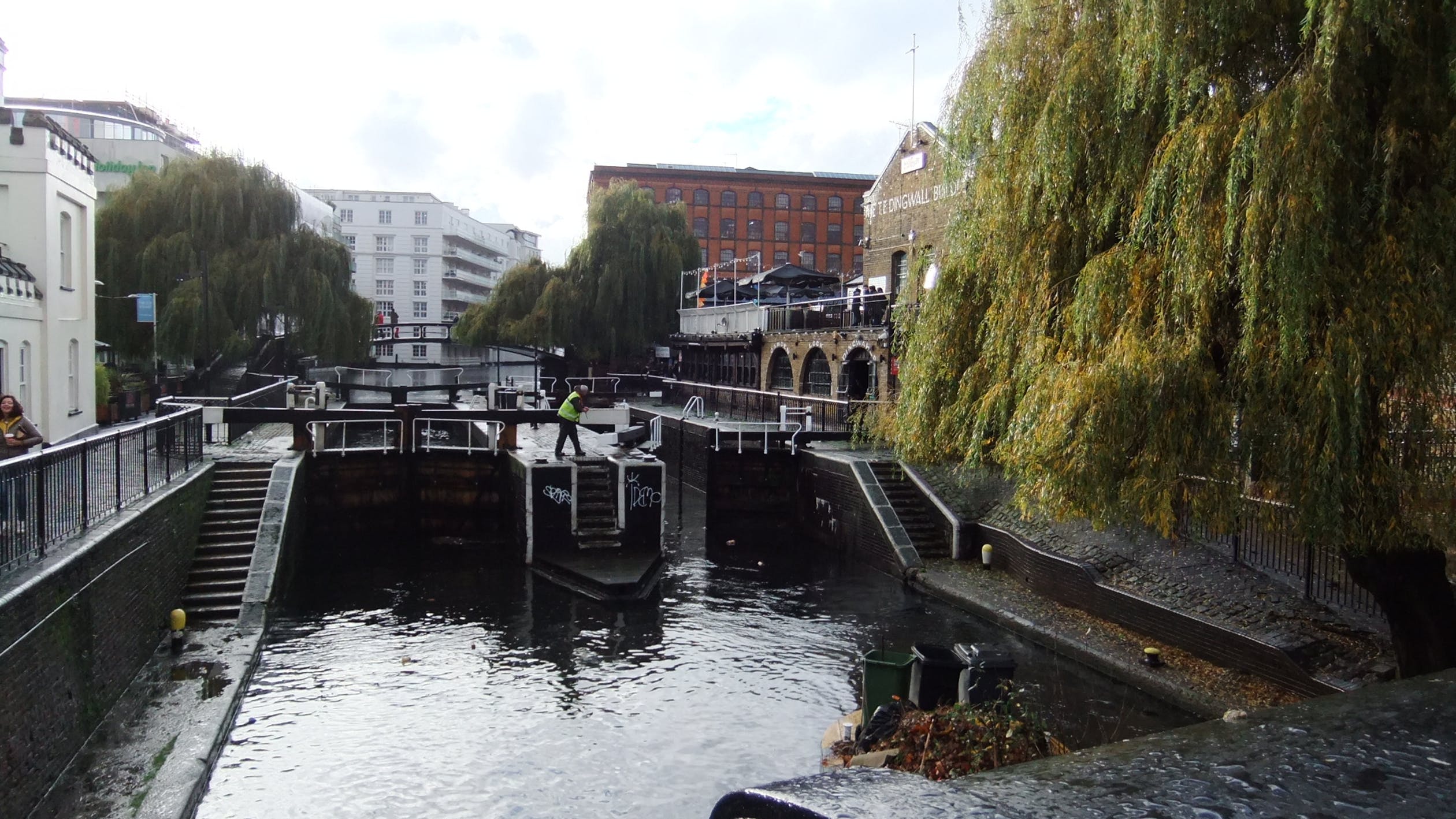 Hippies, metal-heads, fashionistas, antique-seekers, Sinophiles, and everything in-between will find something to their liking there. Whether you are looking for Buddhist wall coverings, steel-spiked leather jackets, British antiques, incense, military surplus clothing, or just a good plate of Chinese food, you will find it in Camden.