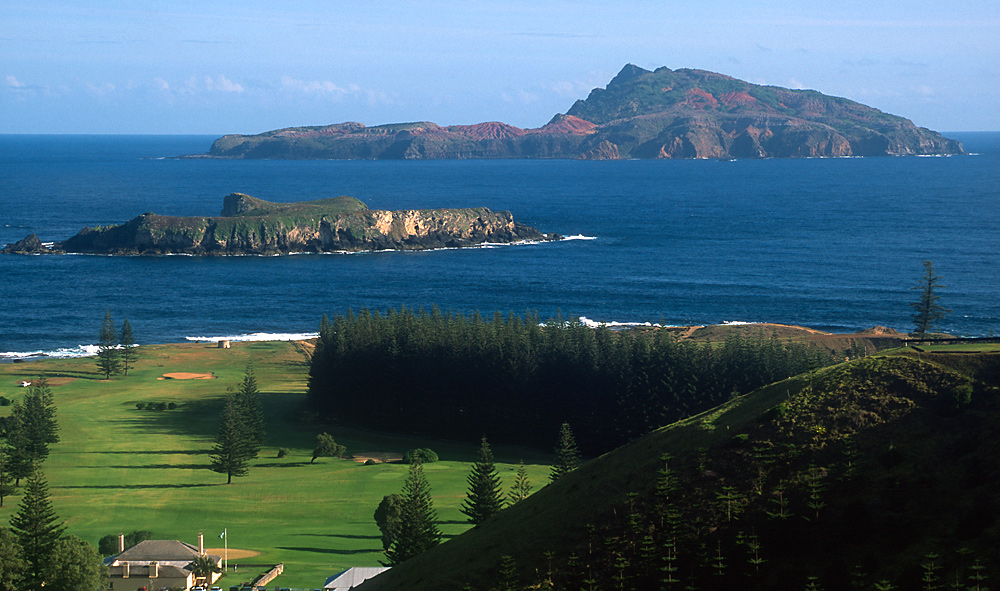 Inside the Norfolk Island world of author Colleen McCullough

Australian author, Colleen McCullough, one of the world’s great writers and renowned for her book, The Thorn Birds, found solace and inspiration living on a small island off the east coast of Australia – Norfolk Island. Travel writer Roderick Eime, takes a tour through McCullough’s historic home on the beautiful island.

There’s a faint waft of tobacco smoke drifting in from the back room as we’re greeted at the entrance to this most significant home on Norfolk Island. It’s both enchanting and a little bit spooky to think her powerful character still permeates the halls and corridors of this 30-room minor manor. 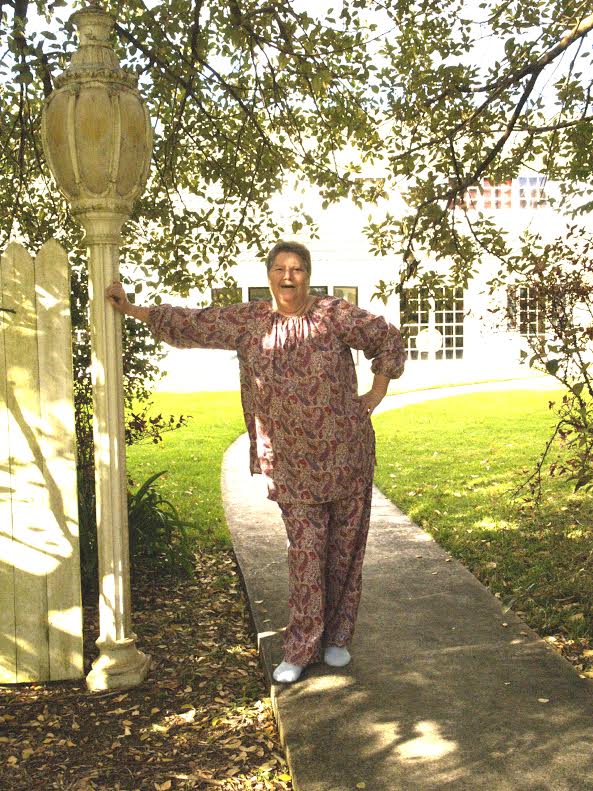 McCullough at the gateway to Old Yenna

‘Old Yenna’, the former residence of acclaimed author, neuroscientist and larger-than-life, NSW-born personality has been something of secret since ‘Col’ first arrived on Norfolk in 1979, until her passing in January of this year.

Her partner, Ric Robinson, made the decision to allow visitors into the ground floor of the home where McCullough’s office and library are housed as well as the kitchen and lavishly decorated living areas that hark to a time of outrageous psychedelia.

The tours are organised by Les Quintal, also our driver and manager for Baunti Escapes who have the exclusive right to conduct these tours. Les was one of McCullough’s closer friends, helping her build and extend some of the residence. Meeting us in the foyer is Rebecca, perhaps the last remaining member of McCullough’s staff, who tended her in the final years. 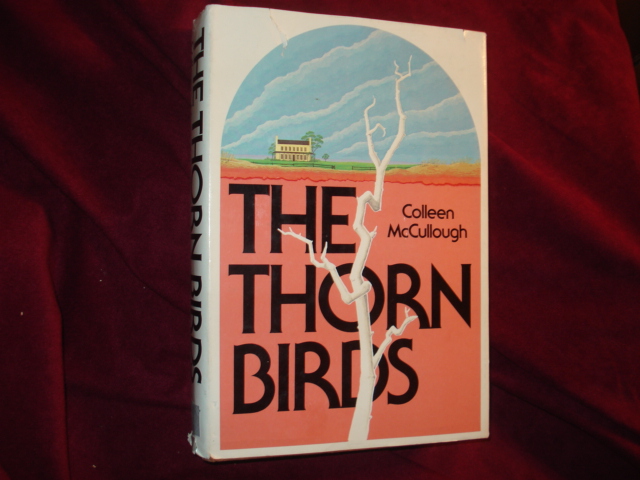 While you won’t get a first edition of The Thorn Birds, you can still buy autographed copies of most titles at fair prices

Apart from the eye-assaulting d©cor that spoke volumes for McCullough’s extreme individualism, it’s the untold stories that taunt us. Clearly this unofficial monarch of Norfolk Island possessed a forthright character that left a lasting impression on everyone, meek and mighty, who she came in contact with.

We gawk shamelessly at the outrageous Florence Broadhurst wallpaper and the Cherry Phillips glasswork. Phillips also worked on designs for Parliament House, Canberra, while Broadhurst’s own mysterious life and demise only adds mystique to the already expressive walls. 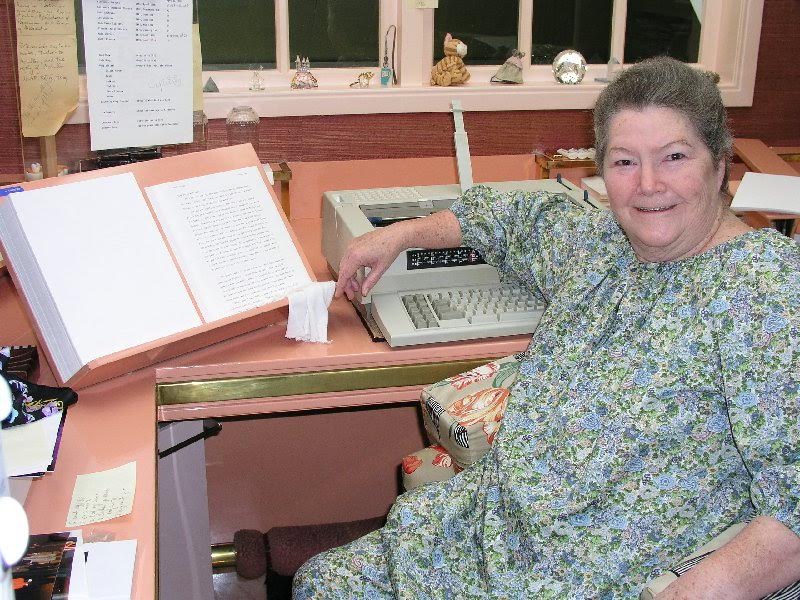 Dinner parties with the wealthy and influential friends like Francis Ford Coppola and the Duke of Norfolk, would have been quite an occasion. But even as the raucous banter was reaching a crescendo, and McCullough had had enough, she would unashamedly announce, “thanks everyone, it’s f..k off time. No exceptions”, and she would promptly exit to begin her nightly writing routine. 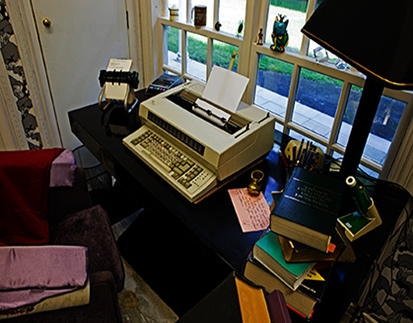 One of the highlights is certainly McCullough’s ‘scriptorium’, where the well-worn IBM golfball typewriter sits in pride of place, surrounded by her personal minutiae, ubiquitous ashtray and many writing aids. The adjourning door leads to a small but densely packed library, full of resource material and many rare and valuable volumes. 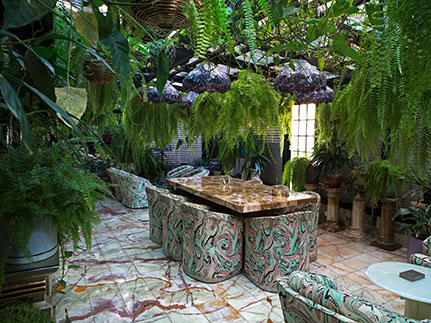 The conservatory. McCullough would refuse to have the plants trimmed

The temptation to take photos is overwhelming, but alas, we are not permitted to take pictures inside the house, instead we are obliged to consume the surroundings in our mental repository. 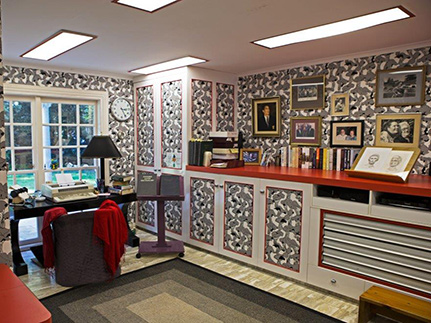 The ‘scriptorium’, where her nightly writing sessions would take place

Rebecca leads us through the meticulous kitchen where everything was over-organised and labelled as any self respecting scientist would have it. McCullough was notoriously pedantic about food preparation and her prescriptive diet which contained “not a lot of greenery.”

Even without photos, you are left with a distinct and permanent insight into the character of this formidable woman who adorned her living areas with paintings and art of whatever the heck pleased her. Whether it was the generously proportioned physique of the subject supposed to have inspired ‘Tim’ or the somewhat immodestly posed damsel, euphemistically dubbed, “Miss Pussy”.

Success, according to McCullough, was the ability to “tell anyone in the world to get stuffed”.

For more information about all things Norfolk Island, see http://www.norfolkisland.com.au/