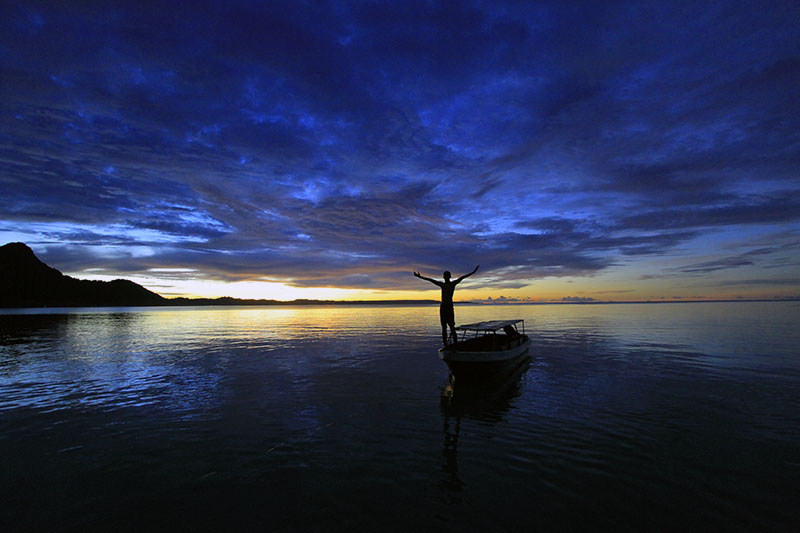 One man’s quest to bring tourism home through social media

If storytellers are the new marketers then one Indonesian man has given his home town an invaluable boost.

Travel has been undergoing a social media revolution these past few years and we’ve seen some very unique translations of this. One recent and wonderfully original examples of social media supporting tourism, was undertaken by Achmad Alkatiri, (known as Mad to his friends), an enthusiastic supporter of the industry in Indonesia. Mad highlights the significant power of one… accompanied by a hashtag. 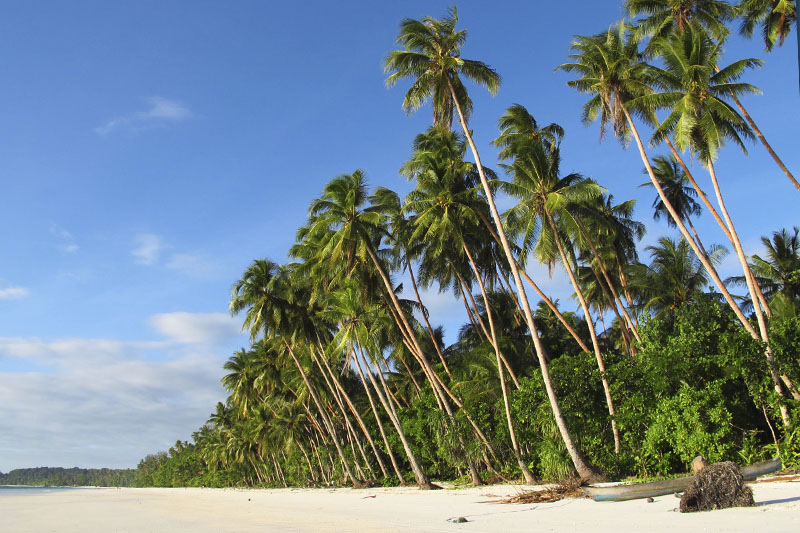 Mad, who now lives in Jakarta, always spoke passionately of the beauty of his home in the Maluku Islands in east Indonesia between Sulawesi and Papua. The islands are blessed with untouched and exquisitely tranquil scenery, yet they hold a very low profile in the travel world. Mad is an extremely active member of a number of travel communities and an avid supporter of promoting the beauty of Indonesia, beyond Bali and Lombok, to fellow Indonesians and international visitors. Quite appropriately Mad is also the Senior Community and Social Product Manager for Wego and has presented at social media events internationally.

This perfect combination of passion for social media, and his country, saw Mad approach Indonesia’s Tourism and Creative Economy Ministry with the concept of #BarondaMaluku (travelling in Maluku) who happily supported the project. Along with ten eager social media enthusiasts, bloggers, journalists and photographers, Mad embarked on his mission to capture the natural beauty and magnetism of his home in the islands and share it with the world.

“Originally the idea stemmed from the constant questions I was getting about whether it was safe or not to travel to Maluku. Once it was a very popular holiday destination but many years ago its reputation suffered due to local conflict,” explained Mad.

“Unfortunately, although it was a long time ago, the stigma remained and I was keen to let everyone know that this stunning destination is completely safe and eagerly welcomes visitors.” 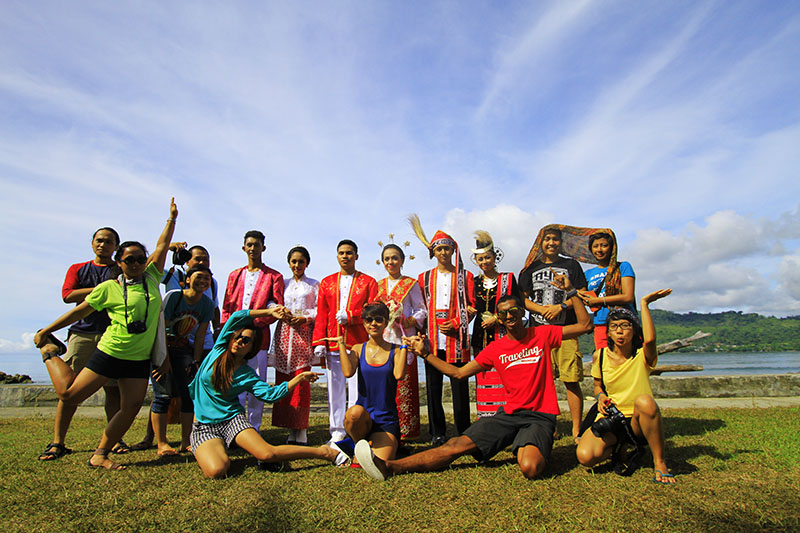 The #BarondaMaluku team – Achmad at front, second from the right

“The team live-tweeted during the trip and uploaded stunning photographs to both Twitter and Instagram with the #BarondaMaluku hashtag,” said Mad. “Team members are relatively high profile on social media platforms and Riyanni Djangkaru (@r_djangkaru) and Marischka Prudence (@marischkaprue) for example, each have more than 200,000 followers. The #BarondaMaluku hashtag produced more than 20 million impressions during the trip and images were re-shared hundreds of times.” 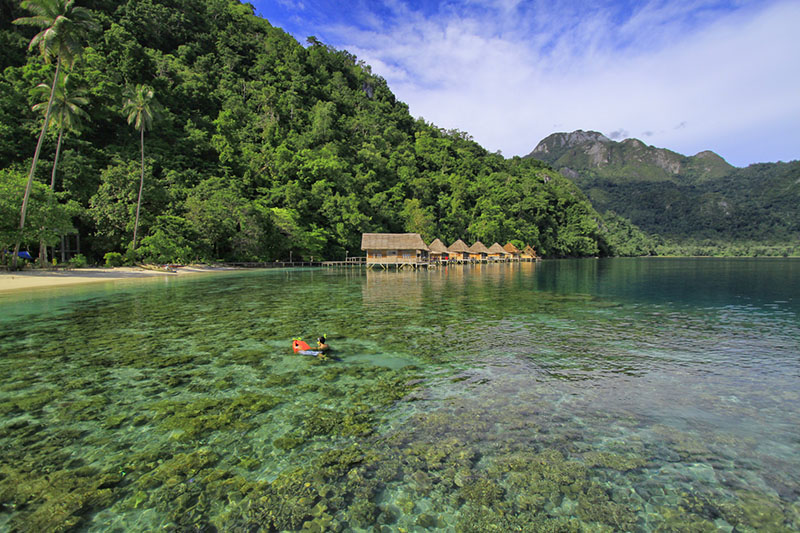 For six days the team explored the food and local culture with some very friendly and willing representatives of the islands, saw some of the best sunsets on the planet and explored the incredible beauty of the life in the surrounding waters. All the while the social media activity created a previously unheard of buzz about this stunning location.

Ora Beach was a favourite among the group. “Almost everyone in the team complained to me that we only did three dives there and spent only one night at the resort, they said it wasn’t enough!” Mad relayed.

Maluku residents were overwhelmed by the excitement and were very proud that the team had such an interest in their little piece of paradise. Mad was equally impressed with their own tweeting activity consistently welcoming visitors to their home town. 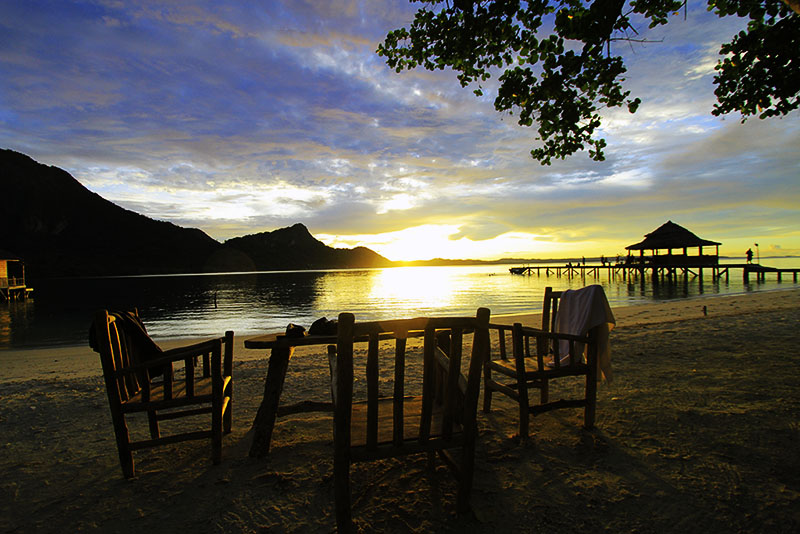 The sun sets over Ora Beach

An emotive and beautifully filmed video capturing the #BarondaMaluku trip was uploaded to YouTube and received 3,000 views in just one week.

“I couldn’t be happier,” said Mad of the experience. “The team was amazed at what they saw during their trip to Maluku. Some even said it was one of their best experiences, and they were able to see a beautiful little part of Indonesia that they’d never heard of before. They are still asking when our next trip will be, they want to see more!”

For Mad this is just the beginning. He plans another trip to explore more of the region and create a dedicated website where images can be viewed and more information about how to get there, accommodation, activities and the like, are available in one place.

“We want our site to become a snapshot of everything you would need to know about visiting Maluku,” said Mad. His closing comment reflects just how passionate this individual is about his home town.

“I’ve always believed, just like the sun, our Indonesia will rise from the east, from Maluku.”