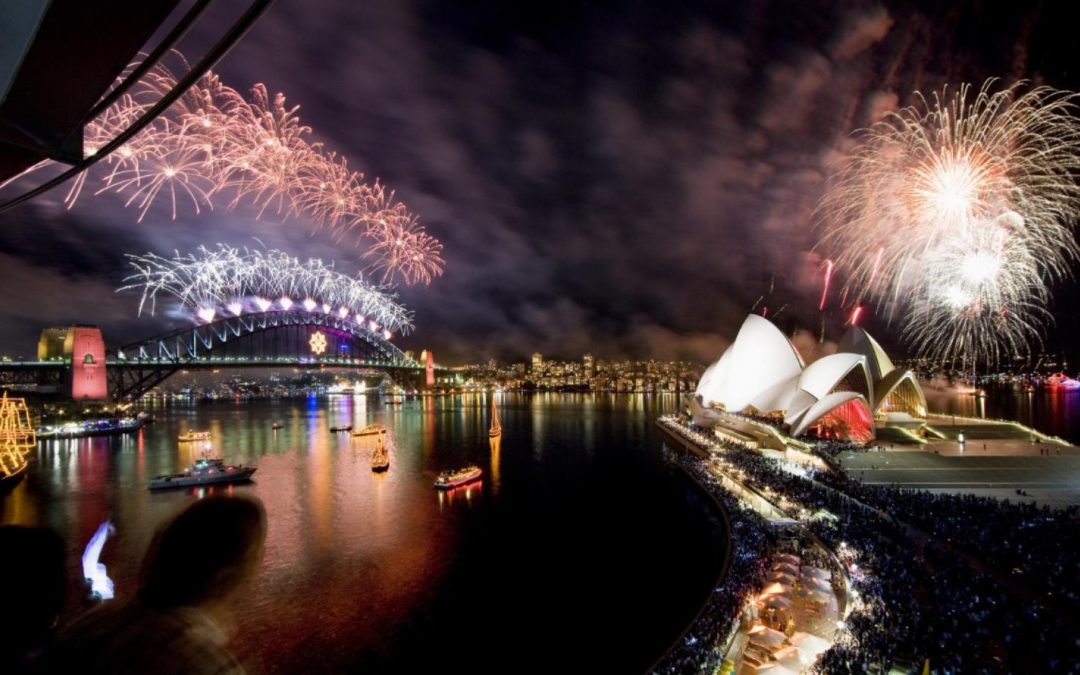 How to have an incredible New Year’s Eve in Sydney

Everyone should treat themselves to at least one New Year’s Eve in Sydney ”“ no other city in the world does it with quite as much vibrancy and pizazz.

Midnight comes earlier to Sydney than almost any other major international city, so cameras from around the world are trained on the city as its dramatic firework extravaganza unfolds. Enjoying it live is infinitely better!

1. Grab your chance to take part in one of the most renowned New Year celebrations in the world. With its spectacular harbour, distinctive “Coathanger”-style bridge and iconic Sydney Opera House, Sydney has the perfect stage for an unforgettable end-of-year party that is a magnet for international celebrities such as Leonardo DiCaprio and Paris Hilton. And of course it all culminates in those famous fireworks.

2. Join the good-humoured crowds lining Sydney Harbour, and make new friends. You’ll have plenty to choose from ”“ more than a million people gather around the foreshore each year in a spirit of cheerfulness and hope. The atmosphere is one you’ll never forget.

3. Plan ahead and choose the viewing point that suits you best. They are located all round Sydney’s massive harbour, and many are free. If you prefer, book a place in an exclusive VIP area or on one of the many yachts and boats.

4. Sydney New Year’s Eve is a well-organised, safe and friendly event. There are a mixture of licensed and alcohol-free viewing areas available, though it’s great to salute the New Year with a glass of Australia’s wonderful sparkling wine.

5. Make a day of it. Long before it’s dark enough for fireworks, Sydney Harbour is the dramatic setting for a host of activities including air displays, a sunset demonstration of fire-tug water cannons, and a traditional Aboriginal and Torres Strait Islander smoking ceremony, which uses eucalyptus smoke to “cleanse” the harbour of negative spirits.

6. Choose which fireworks display you want to see and tune into the NYE soundtrack. The Family Fireworks at 9pm allow young children to be part of the festivities. But at the stroke of midnight, accompanied by a countdown from a million voices, the Sydney skyline erupts with its truly extraordinary firework extravaganza.

7. Look out for the signature “waterfall effect”, which has been a crowd-pleaser since it was first devised. It resembles a cascade of flames pouring down from the road level of the Harbour Bridge, and makes a breathtaking pyrotechnic spectacle.

8. Enjoy the warm summer’s evening. New Year’s Eve falls in the Australian summer, making it the ideal time to escape the Northern Hemisphere winter and see Sydney at its best.

9. Make the most of your visit’s good timing: Sydney’s New Year’s Eve falls between two milestones in the city calendar, Christmas and the Sydney Festival, a lively arts and cultural festival which takes over the city each January. Add the traditional Boxing Day start to the world-famous Sydney to Hobart yacht race, and there’s plenty to keep you entertained and intrigued.

What to look out for:

Get an idea of the vantage point you’d like from the website www.sydneynewyearseve.com. There are plenty to choose from and it’s essential idea to plan ahead. This is one of largest and most popular free events in the world. Some people start putting out their picnic blankets and deck chairs the night before, and the crowds build steadily from around midday.

Go to the Midnight Fireworks show with a smile. You’ll be amazed how many complete strangers share your optimism.

How to get there:

Get there and back by public transport (including taxis, trains, ferries and buses) with extra services operating on the night. Information on transport, vantage points and access for people with disability available on the Sydney New Year’s Eve website.

Grab a last minute flight to Sydney, you’ll be surprised at some of the bargains out there! Find airfares from Singapore here, Malaysia here, and India here and have a Happy New Year!!