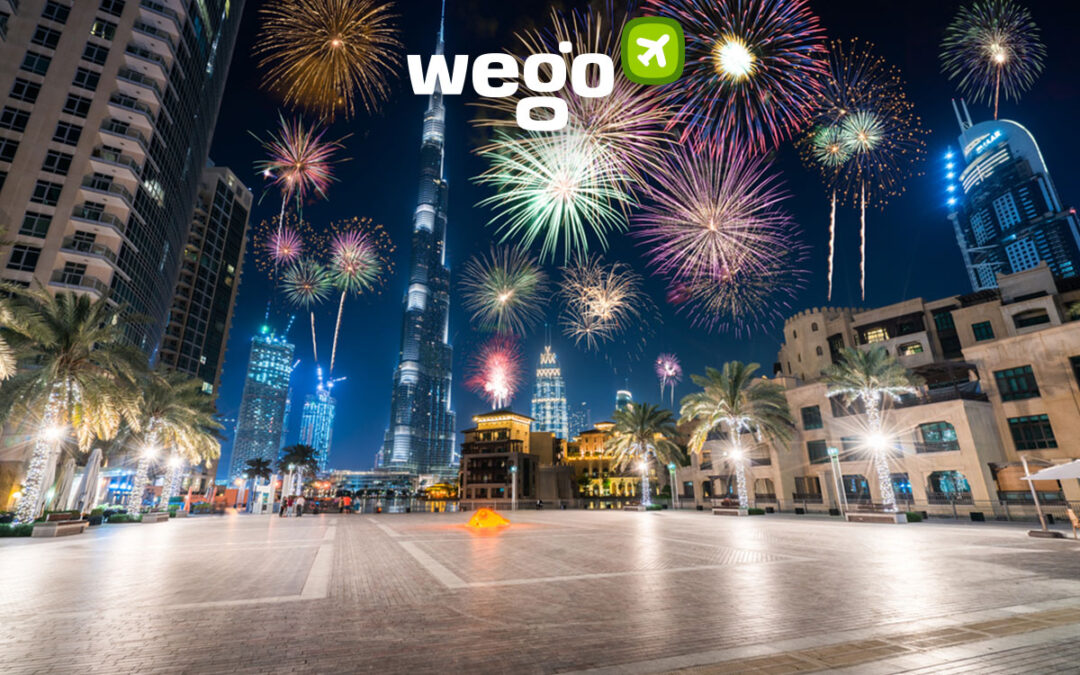 New Year 2023 in the UAE: Places to Celebrate New Year’s Eve in The Emirates

For many of us, the New Year holidays have always been about that heartwarming olio of hope, positivity and celebration. There’s just something about the turning of the year that allows us to believe in the promise of a better tomorrow. In 2022, referred to as the post-pandemic era, situations have allowed for more and more celebrations to be held including the perennial new year’s eve that people are looking forward to.

Unlike last year, government workers and some private-sector employees will have to enjoy their new year’s eve on the weekend since 1 January 2023 will fall on a Sunday. So far, there hasn’t been any official announcement from the government stating that Monday will be a public holiday. We’ll update this section should new developments unfold.

For those looking to celebrate their new year’s eve in the UAE, we’ll provide you with some recommendations which may just suit your plan.

Celebrate the New Year in the world’s most exciting desert city. With its dazzling vibe, futuristic architecture and oriental heritage, Dubai has established itself as the place to be for the coming New Year’s Eve. 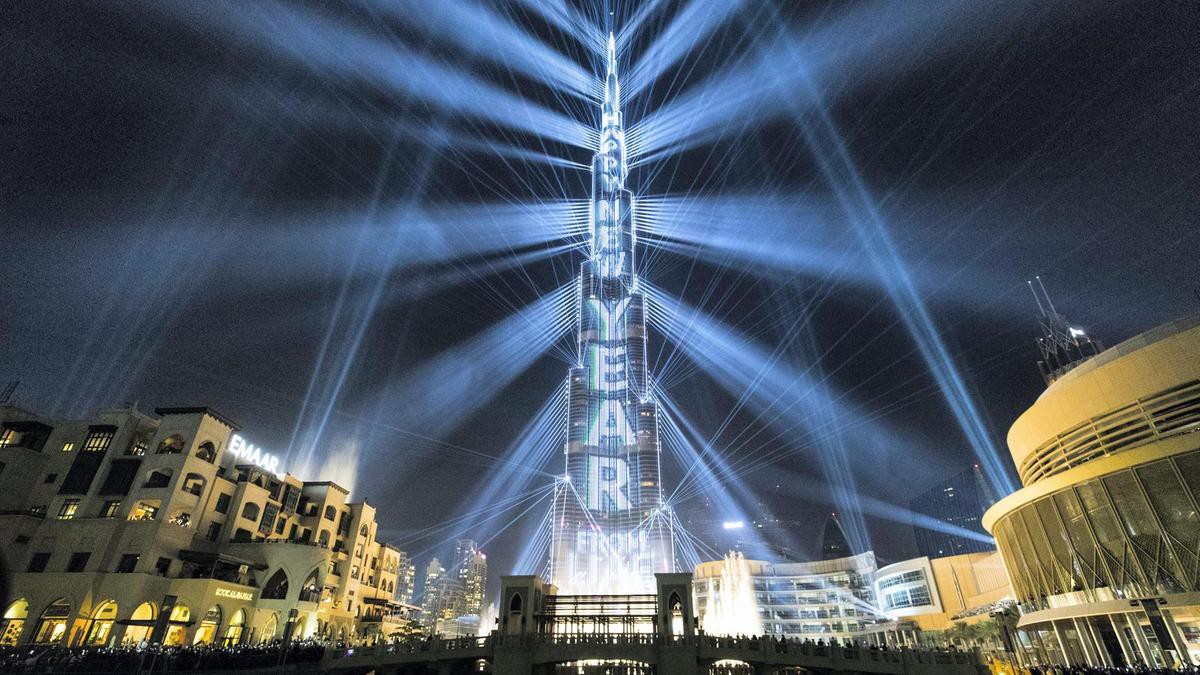 Typically, downtown Dubai will be adorned with spectacular decorations to capture the festive spirit of the occasion. Although there hasn’t been any update for this year’s plan, the Burj Khalifa was flamboyant in hosting the grand masterpiece of fireworks and light and laser show last year.

The countdown to the new year splayed on the Burj Khalifa became the star of the show, while the dancing lights and fireworks display were gloriously synchronized with the Dubai Fountain Show.

Building on the festivities, everyone will be presented with the opportunity to be a part of this grand showcase. Restaurants and hotels on Sheikh Mohammed Bin Rashid Boulevard and Dubai Mall terraces will be open and are taking reservations for the night celebrations. Additionally, Burj Park could be a family-friendly place, with food and drink outlets readily available.

The venues mentioned below haven’t yet been confirmed available to show new year’s eve fireworks this year, but these are the places that usually provide people with some attractions during new year’s celebrations.

Having a theme titled ‘A Night with The Stars’, the Atlantis, The Palm is planning to invite pop superstar Kylie Minogue to their 2022 NYE party. The concept of the royal gala dinner that they preserve this year will be added with a dazzling fireworks display which makes the skies look glamorous.

The Burj al Arab Jumeirah fireworks show returns this year, and visitors will be presented with the option of selecting their ideal vantage point. Head to Kite Beach for a lively atmosphere while waiting for the year to pass. Or head to Black Palace Beach where the crowd is thinner if you’re looking for some relative peace and quiet.

A minimum of five nights booking is required when checking in during the last week of December. A five-night stay at the panoramic suite could cost up to AED 107,975 (USD 30,000) excluding taxes. Burj Al Arab Jumeirah has led the way in the utmost Arabian luxury and hospitality. An icon in its own right, it merges traditional design with incredible feats of architecture and truly elevated experiences for its guests.

Dubbed the hottest hotel on Palm Jumeirah, FIVE Palm Jumeirah is a dare-to-be-different hotel that captures the glamour and vibe of Dubai. Set against a breathtaking backdrop of the beach and Dubai Marina skyline, this lifestyle hotel boasts 470 luxurious rooms and suites with ocean or city views.

A four-bedroom beach villa with a private pool that can accommodate upto ten people at the FIVE Palm Jumeirah will cost Dh 111,225 (USD 30,200) for a 4-day stay between 29 December 2022 and 1 January 2023. Dine under the stars with THE smokin’ beach BBQ and live cooking stations that will ensure you feast like a King and Queen. Dress to impress, enjoy a lineup of entertainment, including a live band and DJ sets. Be sure to keep the champagne flowing as you get ready to watch the stunning firework display.

Experience the splendor of Dubai thsi New Year from St. Regis situated in the heart of the iconic Palm Jumeirah and savor handcrafted menus across a variety of dining options along with exclusive access to Kyma Beach Dubai, a Greek-inspired beach club and restaurant. The St. Regis Dubai, The Palm is offering an exclusive New Year for upt 6 guests, a silver dinner package and an incredible firework show at AED 80,000 (USD 21,700).

Family resort Le Meridien Beach Resort & Spa will play host to a ‘night under the stars’ extravaganza to ring in 2023 in style. The ultimate al fresco celebration is pulling out all the stops to welcome in the New Year with an array of international cuisine along with a plethora of live performances to enjoy with friends and family.
Dhs2,300 for adults (selected house drinks), Dhs1,150 for kids aged six-12 (soft drinks), free (kids under six). Sat Dec 31, 8pm-1pm. Jumeirah Beach Residence (04 316 5550).

Dubai has virtually an inexhaustible list of venues where you can celebrate the New Year’s Eve festivities. If you’re looking for alternatives to the Burj Khalifa, the following is your best bet.

Go on a cruise dinner

Getting some distance can sometimes be one of the best ways to enjoy the festival of fire. The best option to avoid the New Year’s Eve traffic jams in Dubai is to go afloat on dinner cruises. This will usually allow you to observe several fireworks displays while at the same time allowing you to avoid traffic congestion and the oftentimes bumptious crowd.

Global Village Dubai hasn’t confirmed any schedule related to the 2023 new year’s celebration. But last year they presented people with a special fireworks show along with the setting up of seven big displays to showcase the passing of the year in numerous locations worldwide. The show commenced at 5 PM Dubai time, and the screens displayed you the view of the new year events in  Australia, China, Thailand, India, Bangladesh, Pakistan, Dubai and Russia, at around 1 AM.

As the UAE has relaxed their Covid safety rules, the Department of Culture and Tourism (DCT) updated several changes to its safety measures for attending events:

Abu Dhabi regularly attracts visitors looking to enjoy themselves in its pristine beaches and charming atmosphere. When it comes to New Year’s Eve celebration, the city pulls out all the stops and dress to the nines to ensure an unforgettable passing of the year.

Unlike Dubai, the fireworks display and new year countdown aren’t especially ‘centralized’ in a single location. There are quite a few places in Abu Dhabi where visitors and residents alike may take part in the festivities.

As above, so below; as the fireworks illuminate the night sky, their reflections can also be seen on the waters below, adding a certain festive sheen to Abu Dhabi’s favourite spot.

Renowned for hosting numerous high-profile attractions such as Ferrari World, Warner Bros World, Yas Waterworld and Yas Marina (among numerous others), the turning of the year celebrations have always been marked by the spectacular fireworks display. What’s more, the entrance fee is non-existent.

If all goes well, the luxurious Emirates Palace Hotel will once again host an end-of-year celebration featuring a stunning fireworks show just as in previous years. While admission won’t be free, the exquisite dining experience along with the aforementioned fireworks display will definitely be worth the cost.

Everybody who’s anybody has traditionally attended the end-of-year festivities in Al Maryah Island when they’re in Abu Dhabi. This year, they plan to hold a spectacular musical show which will start at 7 pm and until 1 am. The show will also be accompanied by a dazzling pyrotechnic show that served as a magnet attracting everyone from celebrities, all drawn to the liveliness of the festivities.

The Sheikh Zayed Heritage Festival is essentially an event exhibiting the UAE’s heritage highlighting the history and union of the UAE. This year’s event will commence on 18 November 2022, all the way to 18 March 2023, and as a part of the New Year celebration, the fireworks display will be held for everyone to enjoy.

The football stadium traditionally hosts one of Abu Dhabi’s impressive new year celebrations. Assuming the authorities give their go-ahead, numerous fireworks displays will once again light up the night sky as the countdown to the new year reverberates in and around the stadium. 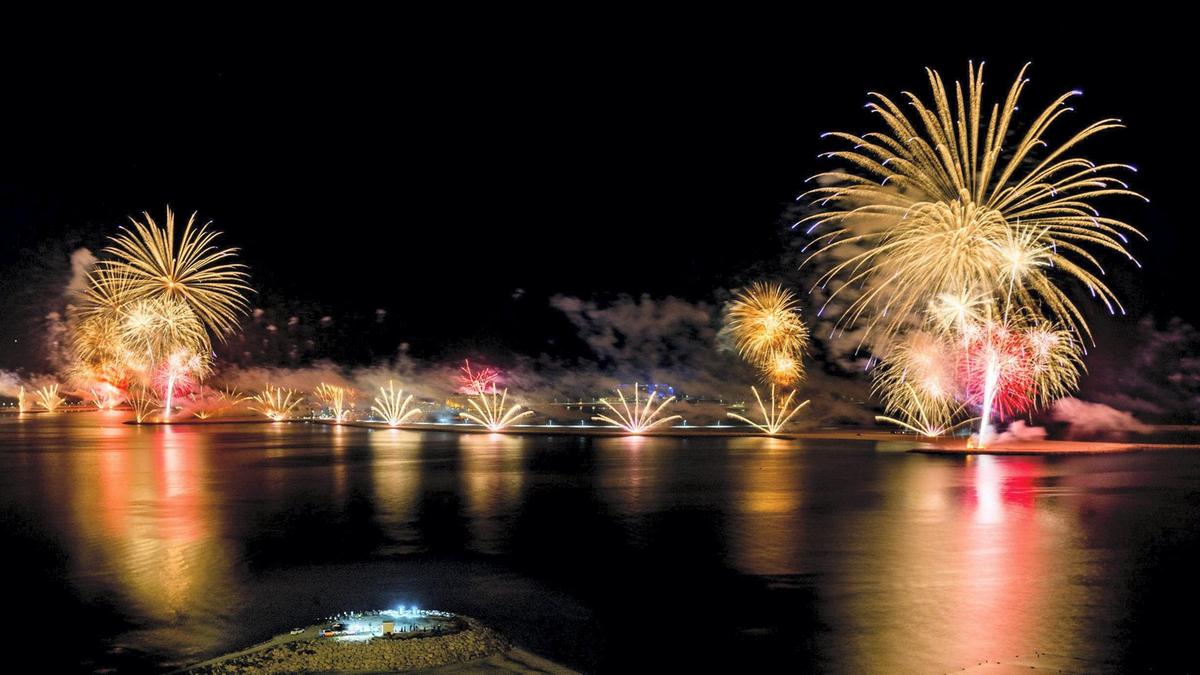 Encircled by the mystifying Al Hajar mountains, the emirate of Ras al Khaimah prepares itself to wish you a ‘fiery’ new year. Organizers have stated that come New Year’s Eve, they are planning to treat RAK residents to a 12-minute long visually stunning pyrotechnic spectacle stretching 4.7 kilometres long. The Emirate is also preparing for another Guinness World Record-breaking fireworks display this year, which will feature pyro-drones, lights, colours, shapes and music as an additional element that will be harmonized with the drones’ movement to make the viewers mesmerized. The show is promoted under the hashtag #RAKNYE2023.

There will be festivals and family-friendly programs for the residents and tourists preceding new year’s eve, starting on 15 November to 31 December 2022, in the emirate to enliven the festivities. It will be run by the same organizer. The waterfront between the island of Al Marjan and Al Hamra village will be the venue and they will open the gate at 4 pm to welcome visitors. Moreover, parking space for 20,000 cars will be provided on-site.