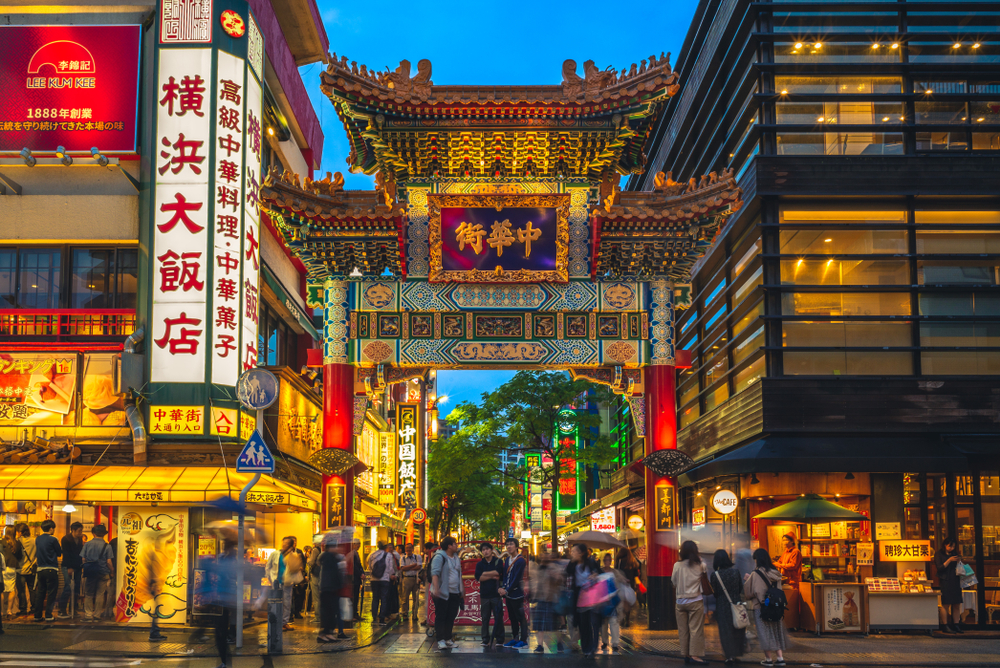 8 Prominent Chinatowns Around the World Rich With History and Culture: A Timely Glimpse of the Chinese Diaspora

The Chinese Diaspora refers to the phenomenon of Chinese migration that resulted in close to 50 million ethnic Chinese living outside of our homelands of China, Taiwan, Hong Kong, and Macau, and are referred to as 華僑 (huáqiáo) or 華裔 (huáyì) and overseas Chinese in English.

While the most substantial population clusters are located in Southeast Asia and the United States, there are dozens of countries that also have significant Chinese populations, from Peru to Australia. One of the products borne from this phenomenon is Chinatowns. 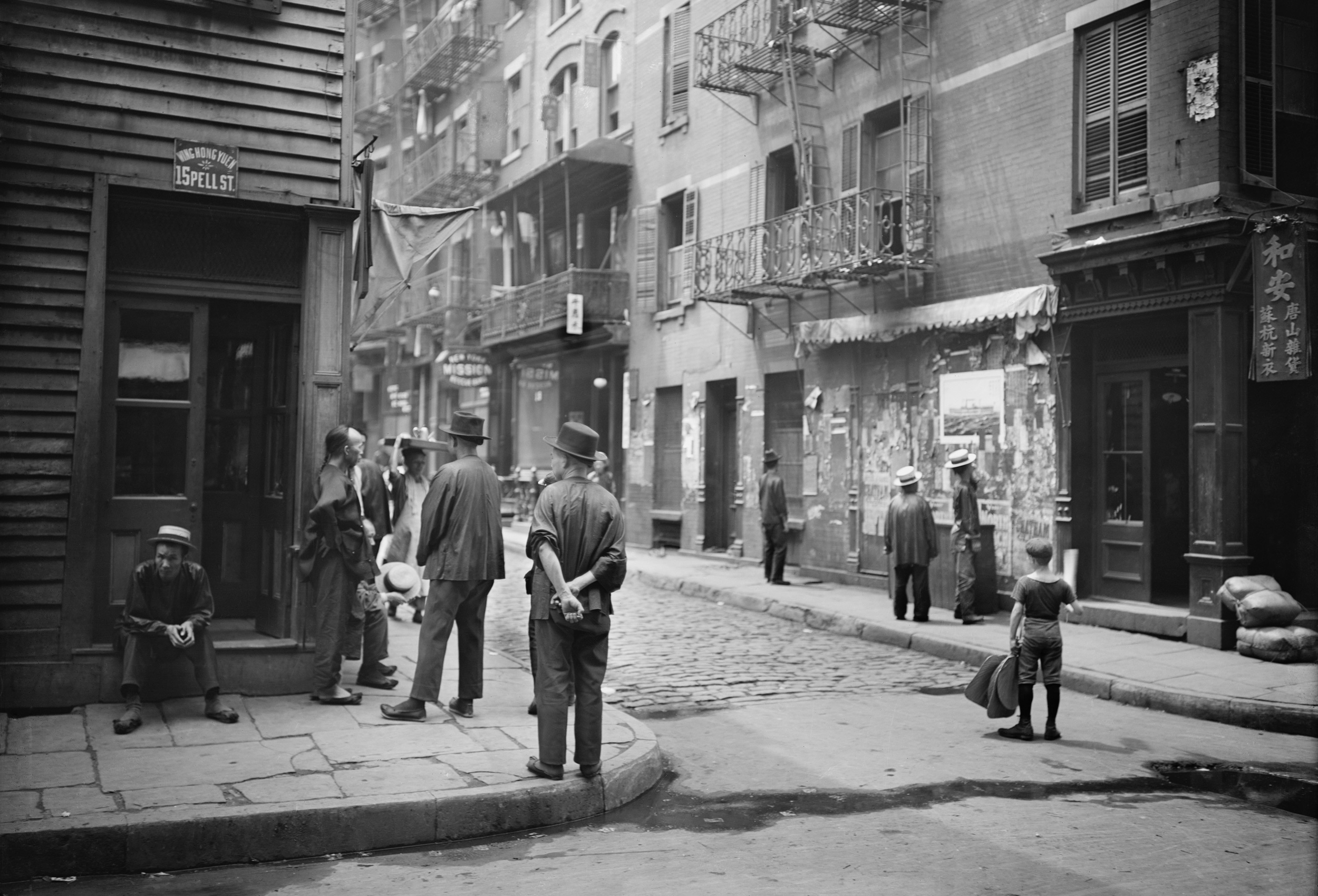 As the waves of migration had started from the 1800s, much of the history of overseas Chinese was at a time where travel was not the accessible commodity we know currently. It was also a time where racism was not illegal and there was barely any concept of human rights, much less the abuses of it.

This encouraged Chinese people to congregate together in safer enclaves, forming Chinatowns, or 唐人街 (tángrénjiē) – in reference to the Tang Dynasty. 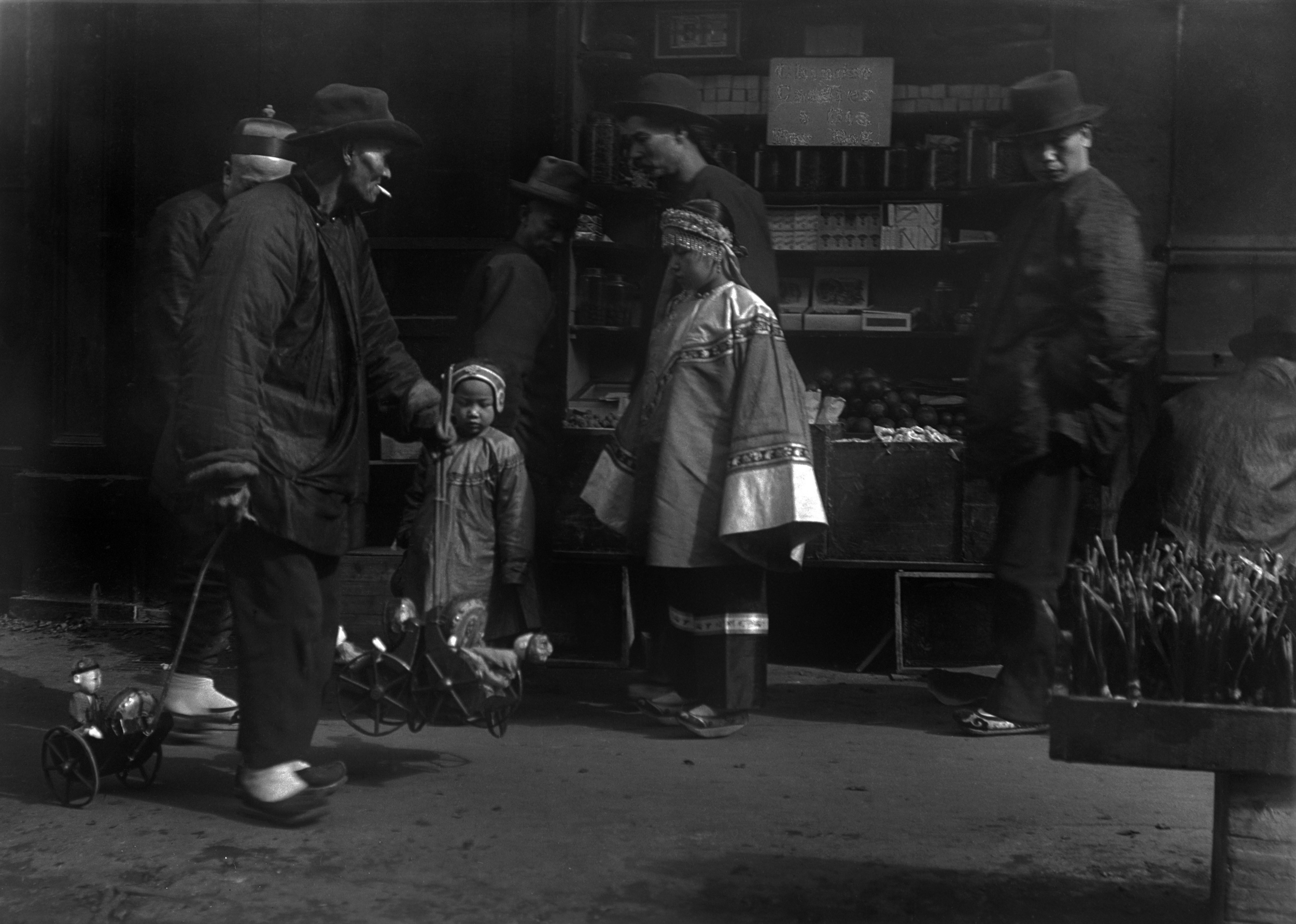 With ongoing pandemic rocking the world, racism has once again gripped our communities even in countries that have resilient anti-discrimination laws, thanks in part to the growing “nationalist” rhetorics across the world. Chinese businesses are at risk, and hate crimes against East Asians have been spiking.

But just as every major pandemic the world has seen before, from the Black Plague to the Spanish Flu, we will overcome coronavirus as well. So, while we now observe the basic protective measures and educate ourselves, it is also a great time to learn more about the Chinese Diaspora.

Chinatowns are bustling cultural hubs that can be found in virtually every major city in the world, and they are typically located in prime downtown areas often with elaborate gateways or 牌坊 (páifāng). 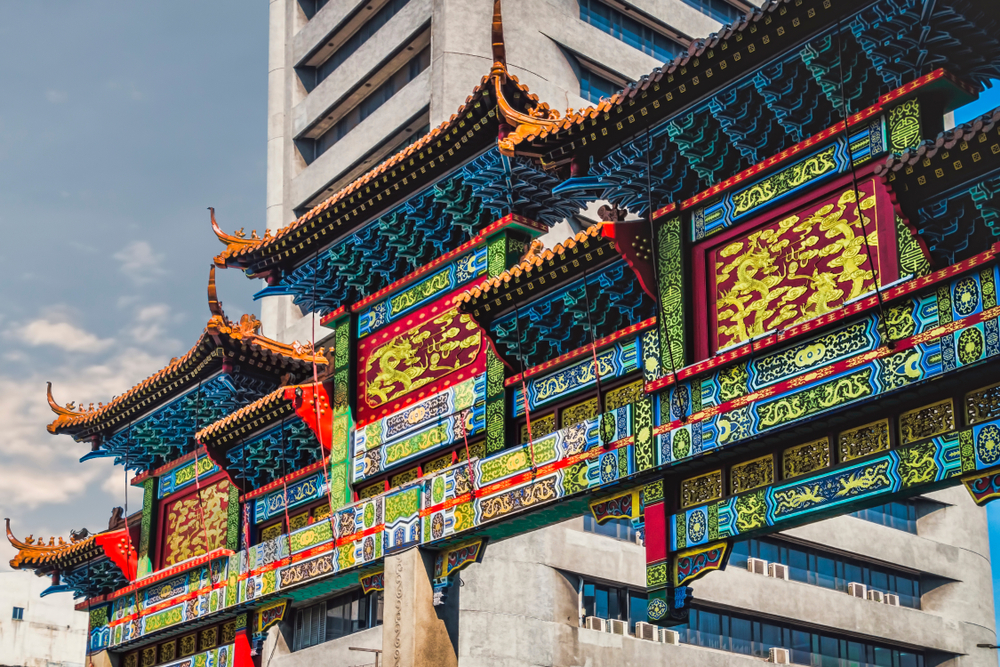 From mouth-wateringly delicious roasts and dim sum to fine tea shops and traditional Asian handicrafts, Chinatowns are great introductions to the culture of Chinese people living overseas. Often, each is unique, blending some of the local cultures into the Chinese one.

Perhaps one of the hardest-hit cities in the world by the coronavirus so far, there has been a massive toll on New York City, and consequently, Manhattan’s Chinatown. Located in Lower Manhattan, the borough’s Chinatown’s story began with a Cantonese settler Ah Ken in the 1850s. He started out as a landlord on Mott Street and ventured into the cigar business on Park Street later on. 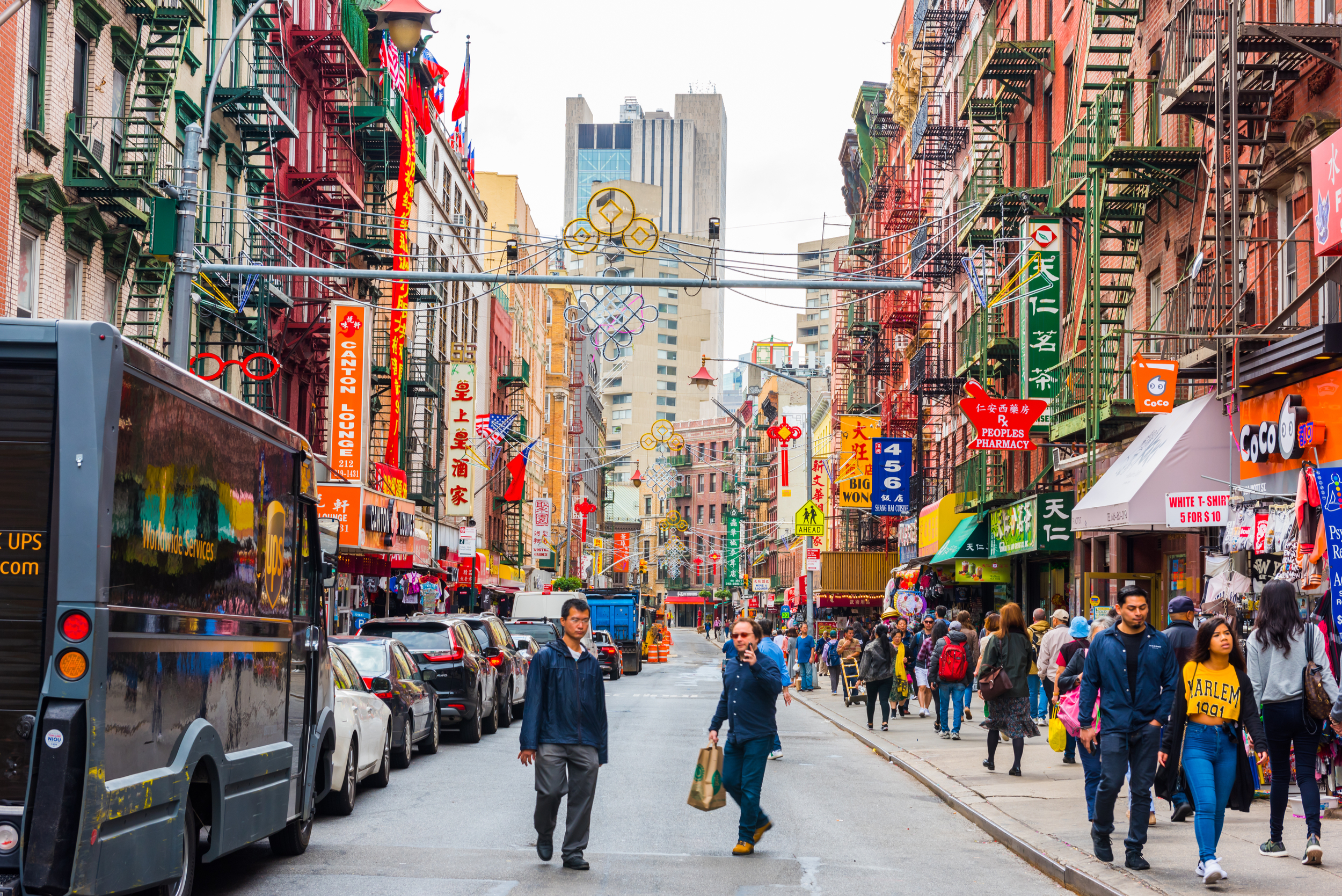 A greater influx of Chinese immigrants came by after 1965 when the Hart-Cellar Act was passed, attracting vast waves of immigrants from Hong Kong and Guangdong until the 90s.

This cemented Manhattan Chinatown’s position as a Cantonese enclave but has since seen more diverse groups of Chinese joining the community as well, making it more lively and raucous than ever before. 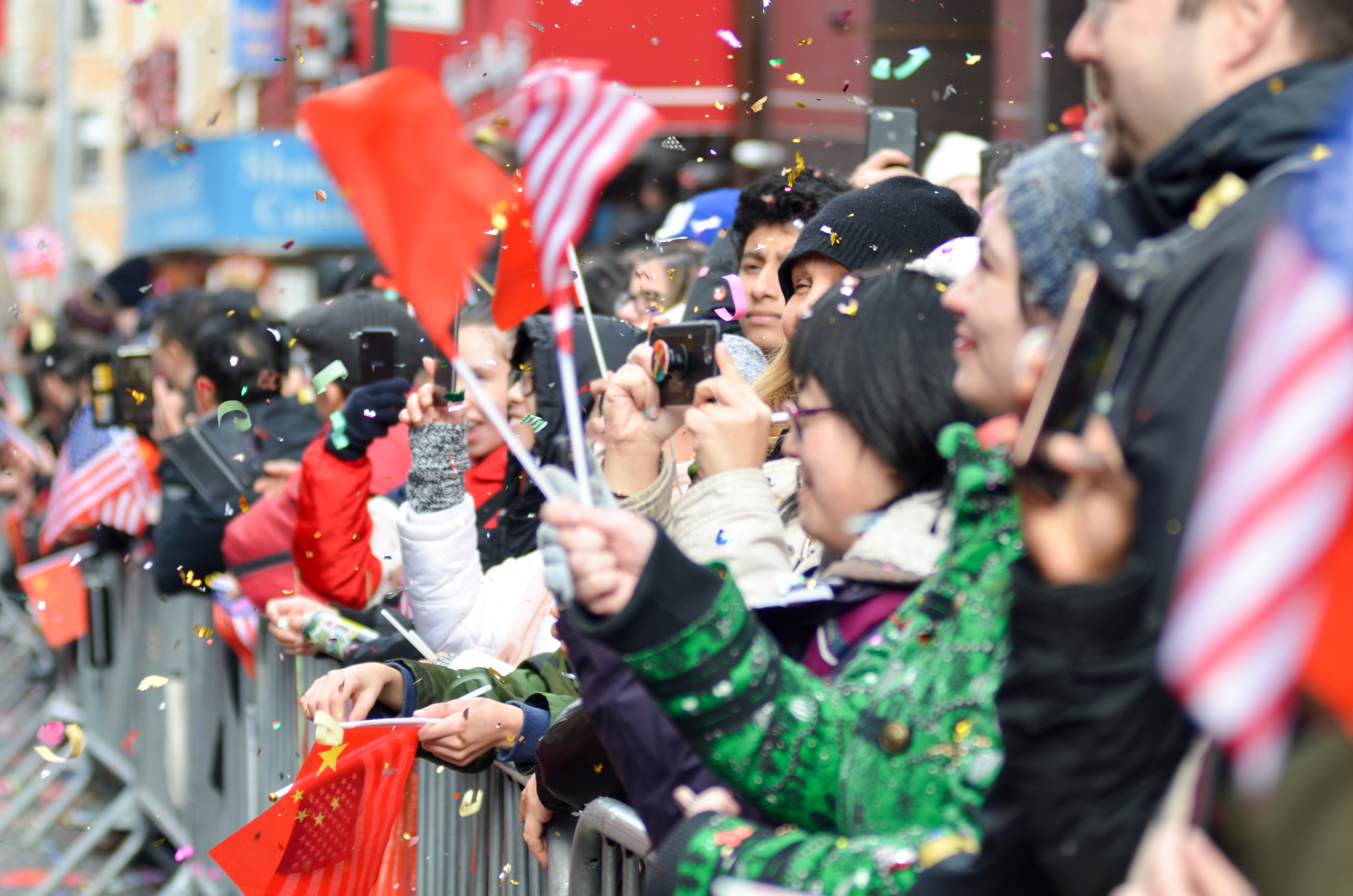 Consequently, most of the stalwarts of Manhattan Chinatown, which serve up some of the best Chinese food in America, are Cantonese restaurants, including the iconic Wo Hop and Nom Wah Tea Parlour. They’re absolute must-visits in New York City proper, not just for Manhattan Chinatown. Further up in Queens, you would find Flushing Chinatown, which is packed with just as many Chinese goodies but from the inland regions of China. 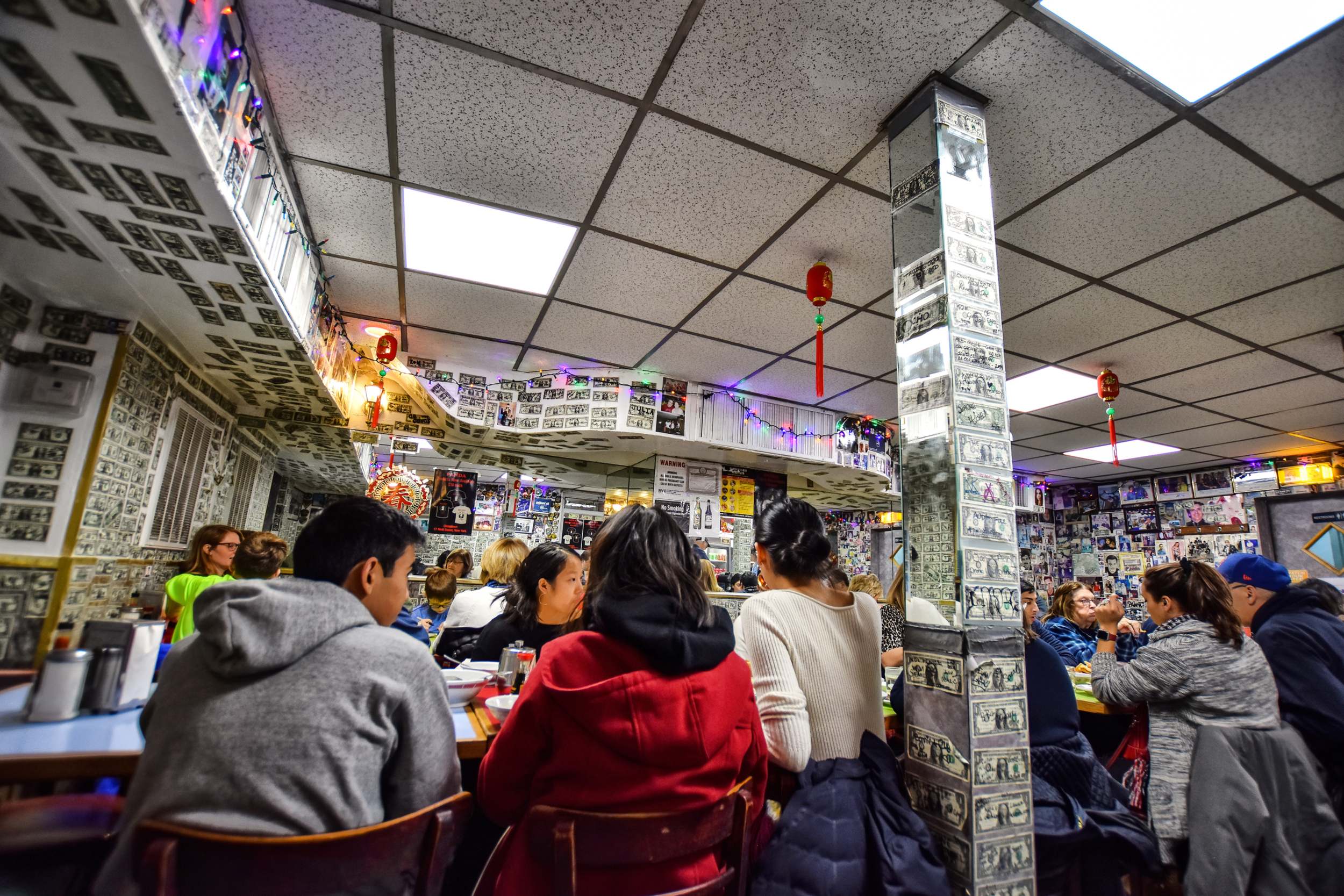 Widely considered by many (including myself) to be the street food capital of the world, Bangkok’s narrative is one that is intertwined with food. The same can be said of Chinese in Thailand, which stands as the largest group of overseas Chinese in the world at close to 10 million people with many more having mixed ethnicities of Thai and Chinese that includes the members of the Chakri dynasty, the current ruling royal house of the Kingdom of Thailand. 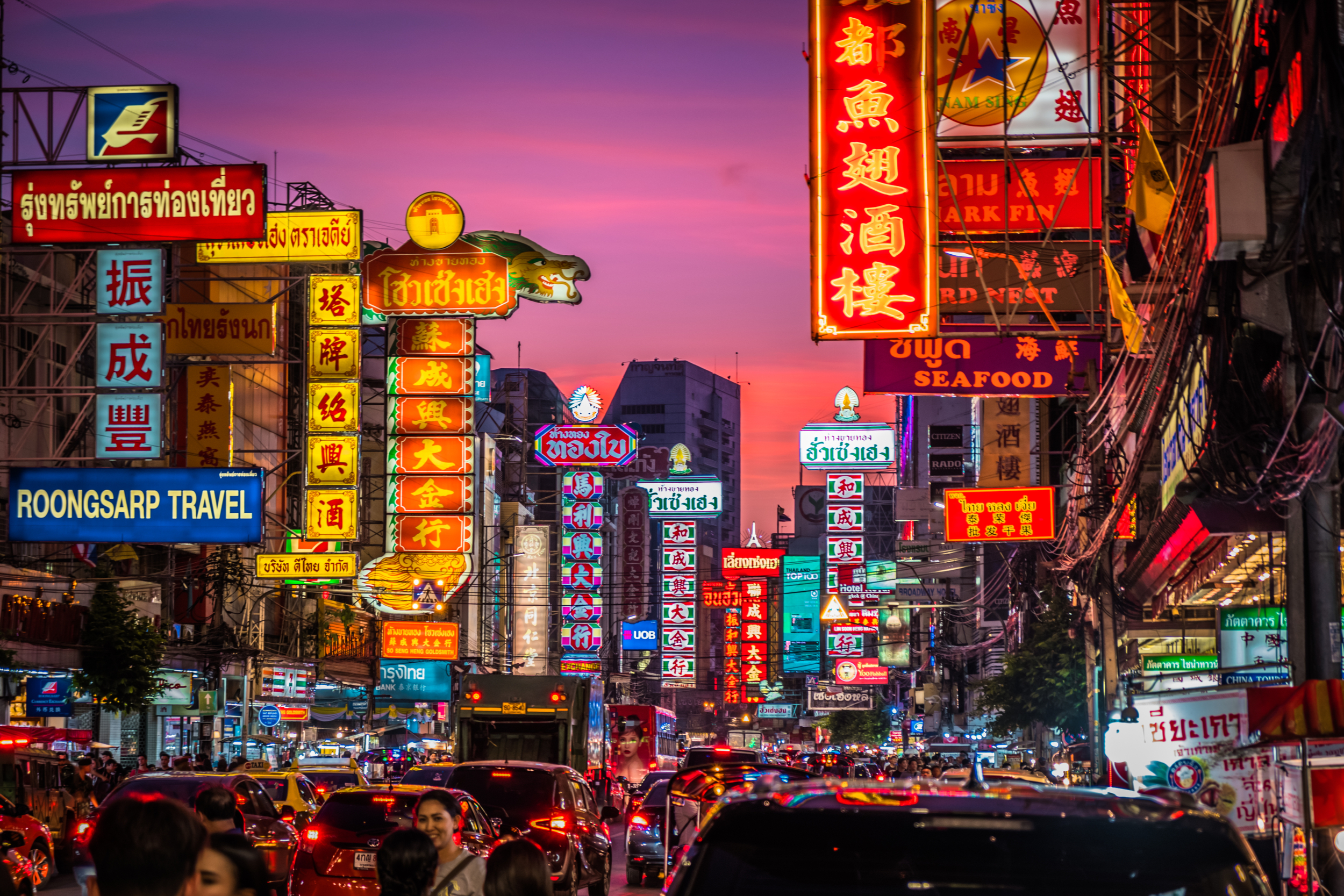 So, perhaps it’s less than surprising to learn that the Chinatown in Bangkok, Yaowarat, is the perennial spot for street food in the megacity. Following the scare in 2017 when misunderstood and misinterpreted articles surfaced about Bangkok eradicating street food, Yaowarat has been a frequent fixture in food chronicles and reports since. 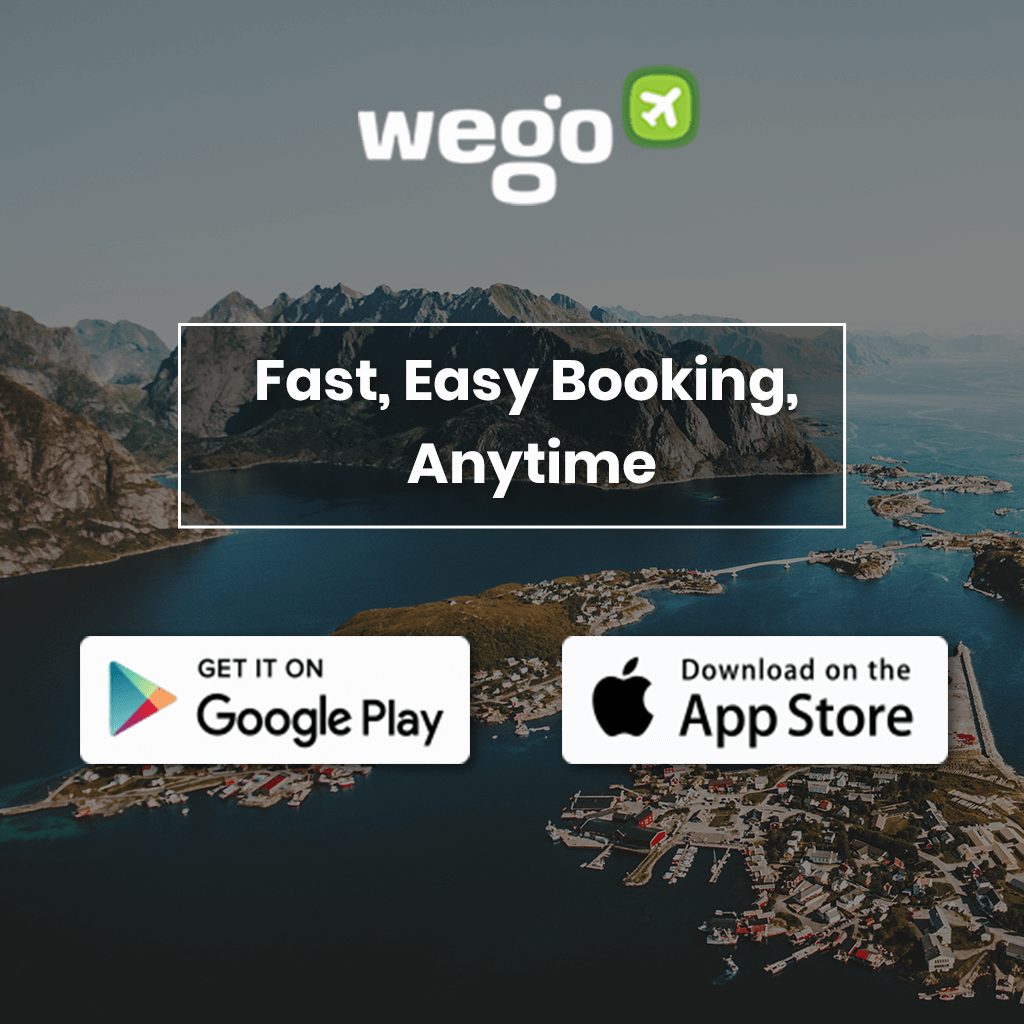 The district has also been graced by the Michelin Guide, with Raan Jay Fai’s Michelin Star and a slew of others with Bib Gourmand. 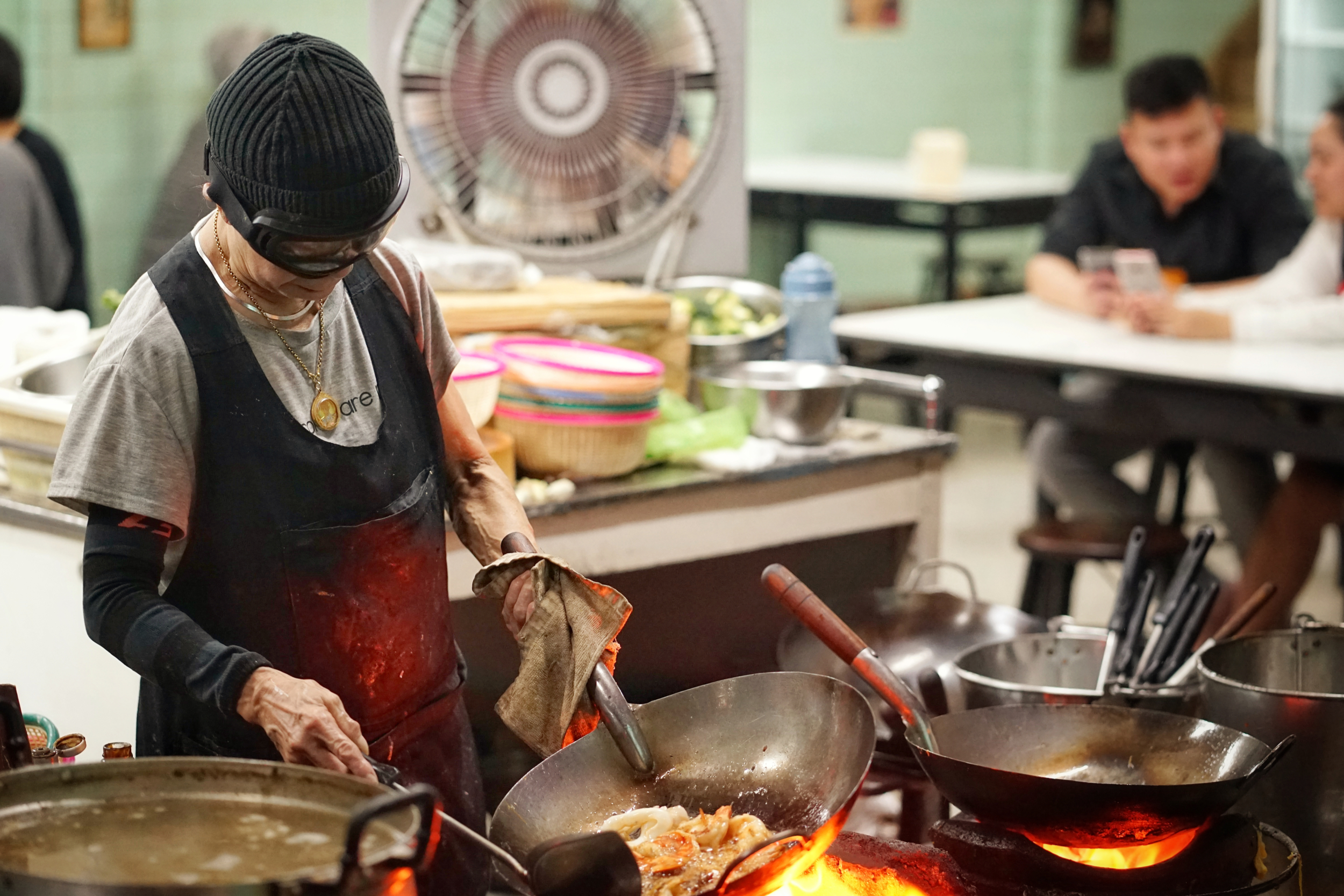 While its street food is best savored at night, which is when more stalls would be open and when the temperatures become more bearable, there are also plenty of daytime activities. There’s a heritage center, the illustrious So clan’s So Heng Thai Mansion, fabric shops, and several iconic temples. These include the Guan Yin Shrine, home to a 900-year-old idol, and Wat Traimit, home to the Phra Sukothai Traimit, a buddha statue constructed of 18k gold estimated to be worth $250 million. 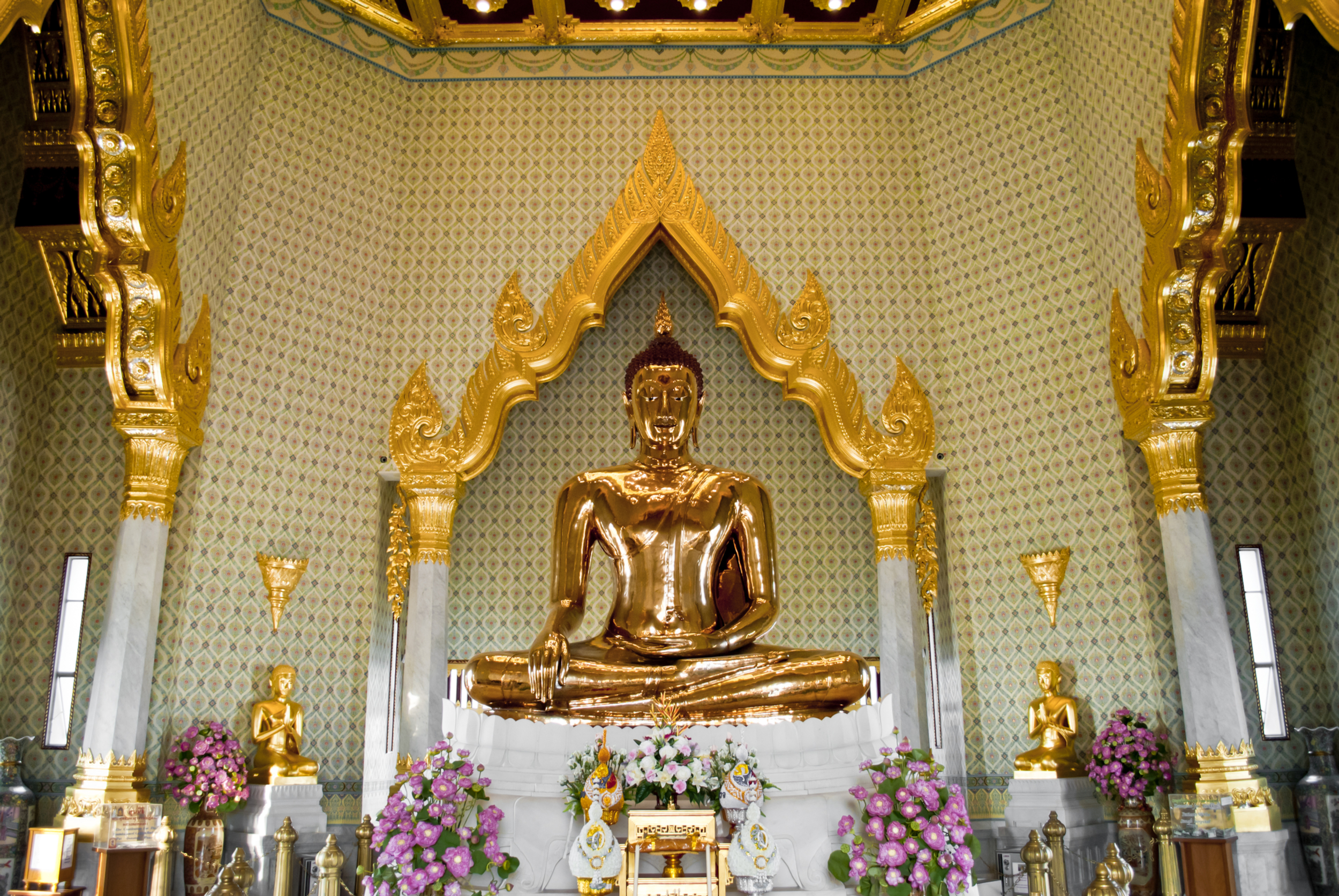 The China-Japan relations is a historical one that spans over 2,000 years, and much of Japanese history had been influenced by Imperial China, as with the Koreans. This happened most extensively during the Taika Reforms when much of the Chinese way of life was imported to Japan by Emperor Kotoku, during China’s Sui Dynasty, assimilating everything from writing systems to architecture, religion to cuisine. 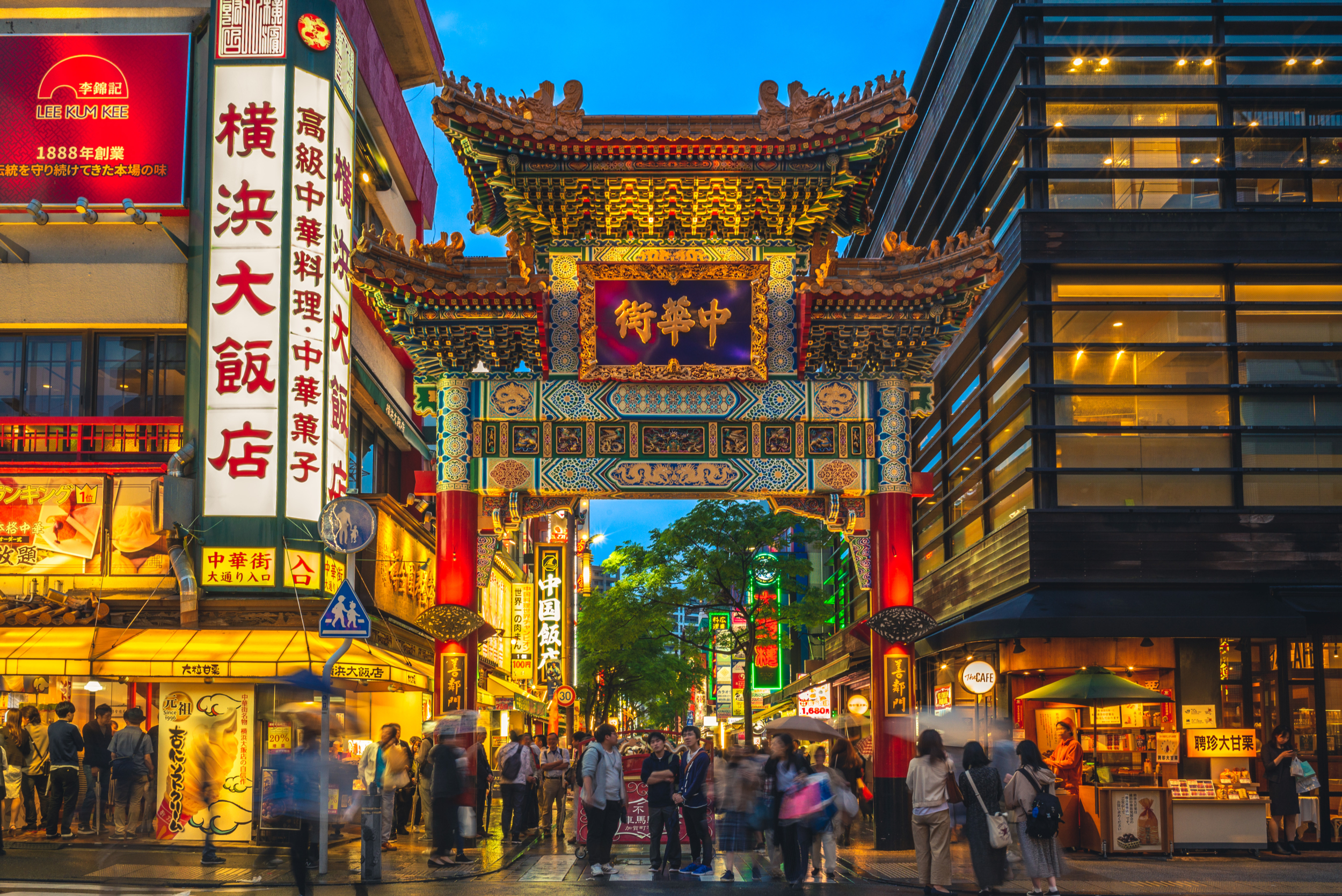 While the China-Japan relationship has since gotten extraordinarily prickly and troubled within the last century due to brutal wars and heated territorial disputes, the relationship between the nations is historical, and Chinese enclaves had already formed before that. While there are few ethnic Chinese still living there, Yokohama Chinatown is the largest Chinatown in Japan and is most famous for its food. 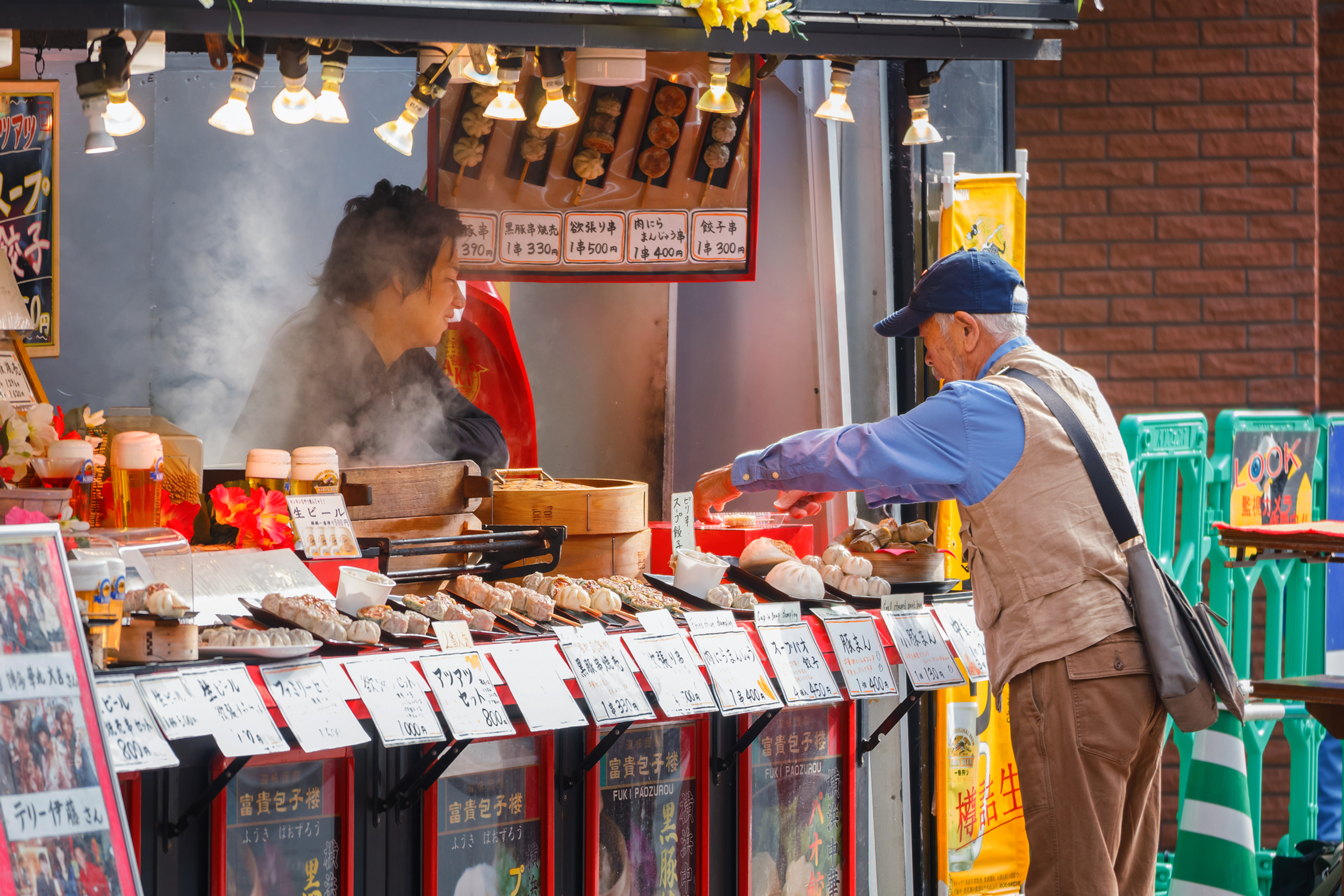 Yokohama Chinatown is packed with over 200 shops, many of which are food outlets selling Japanese Chinese food, known as chūka ryōri (中華料理), and some more traditional Chinese food. The streets are flanked by stalls selling steamed buns, roasted chestnuts, and egg custard tarts, as well as restaurants that serve up mapo-tofu tantan-men. Also, be sure to visit the vibrantly colored Kantei-byo, a historic Taoist temple dating back to 1862, dedicated to the deity of war, justice, and business. 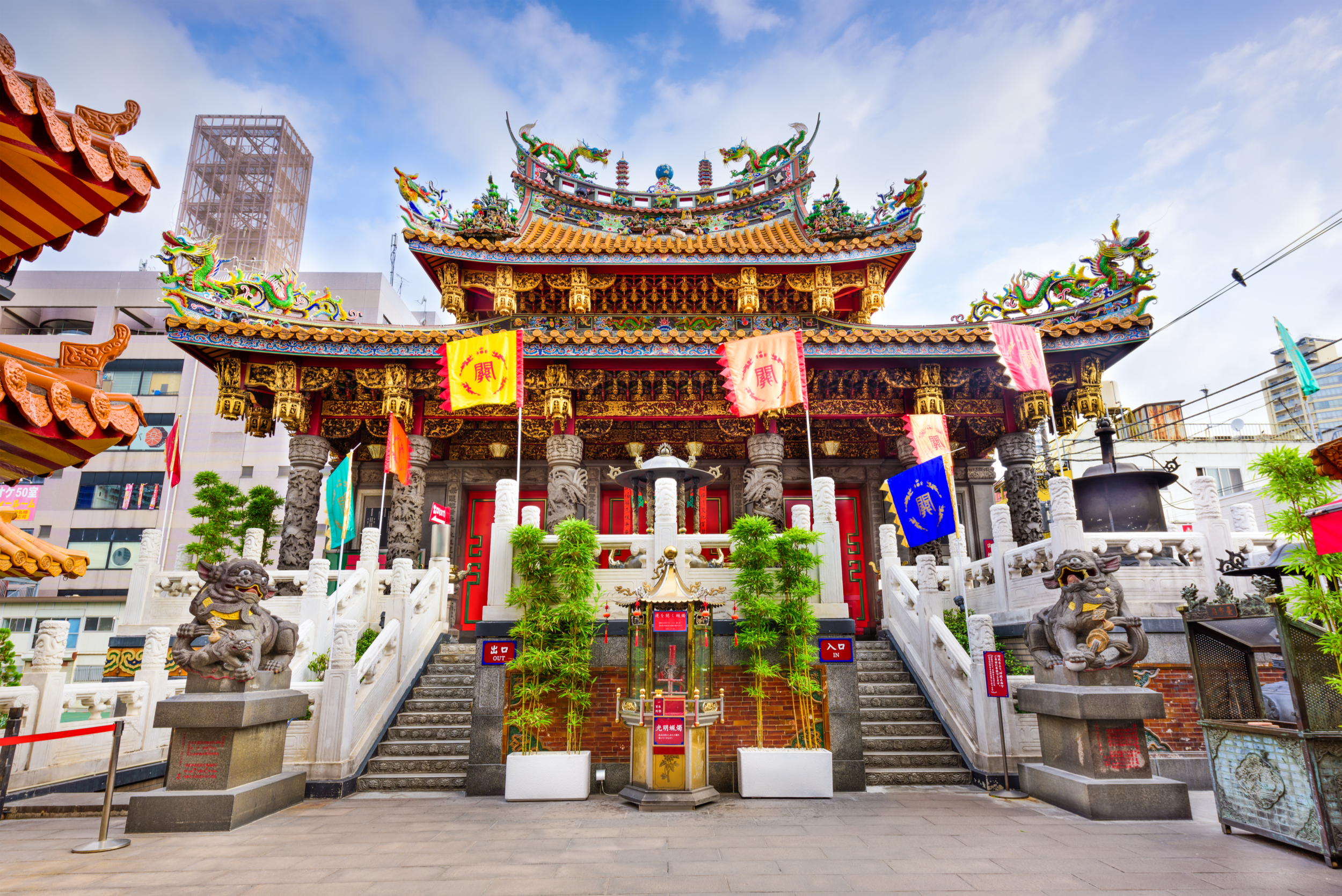 The UK’s ties with China is a long, storied, and complicated one riddled with wars and territorial disputes. The first Chinatown in the city of London, located in the East End, was one that was plagued by sensationalized reports that it was filled with slums and opium dens. It was eventually largely decimated during World War II, and newer Chinese immigrants chose to settle elsewhere instead. 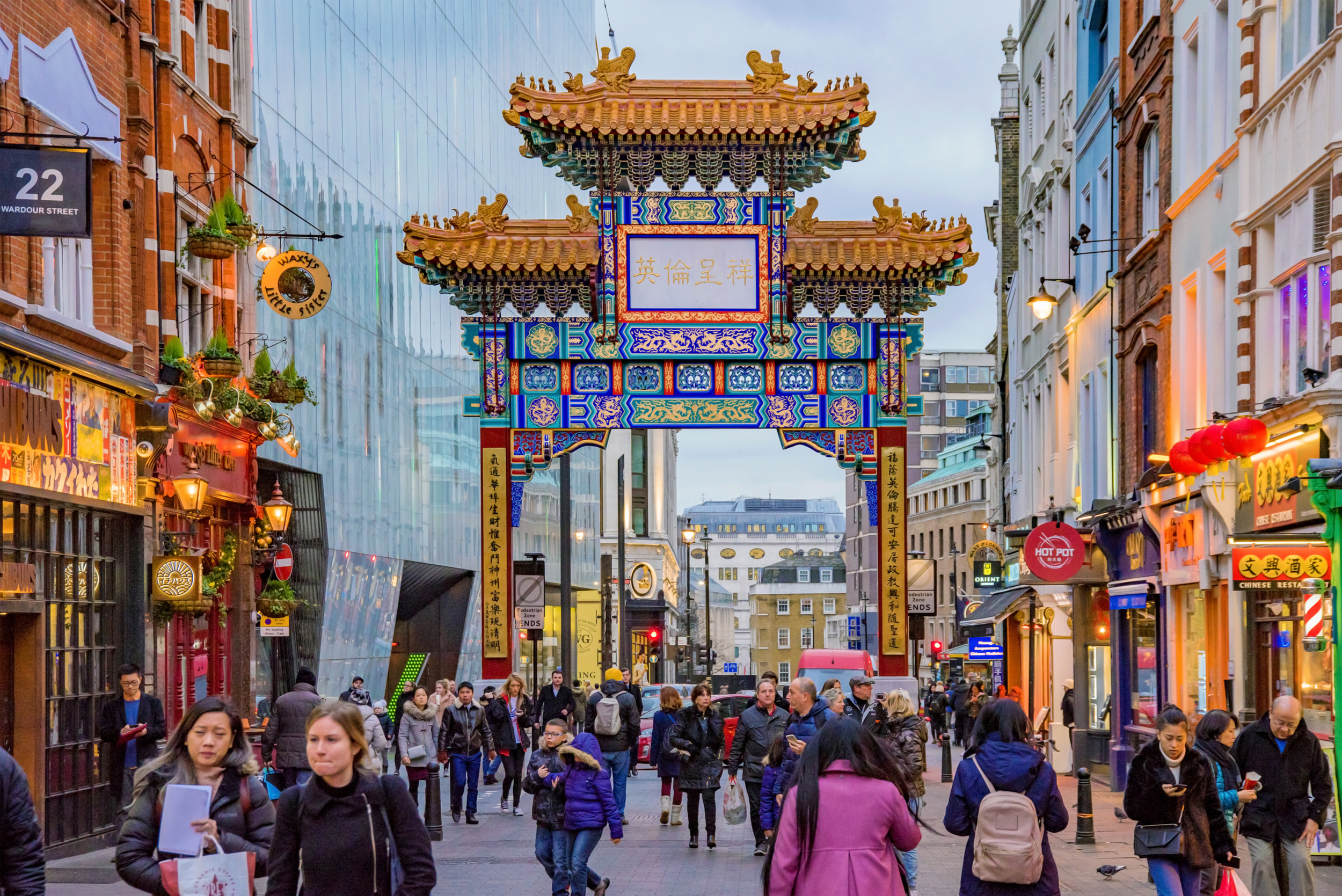 The Chinatown today is located in the bustling West End, bordered by the exciting entertainment district of Soho and the iconic Theatreland. Filled to the brim with Chinese restaurants, Asian grocers, and traditional teahouses, all alongside a whole range of continental and international offerings, London’s Chinatown is always packed with locals and tourists from all ethnicities. 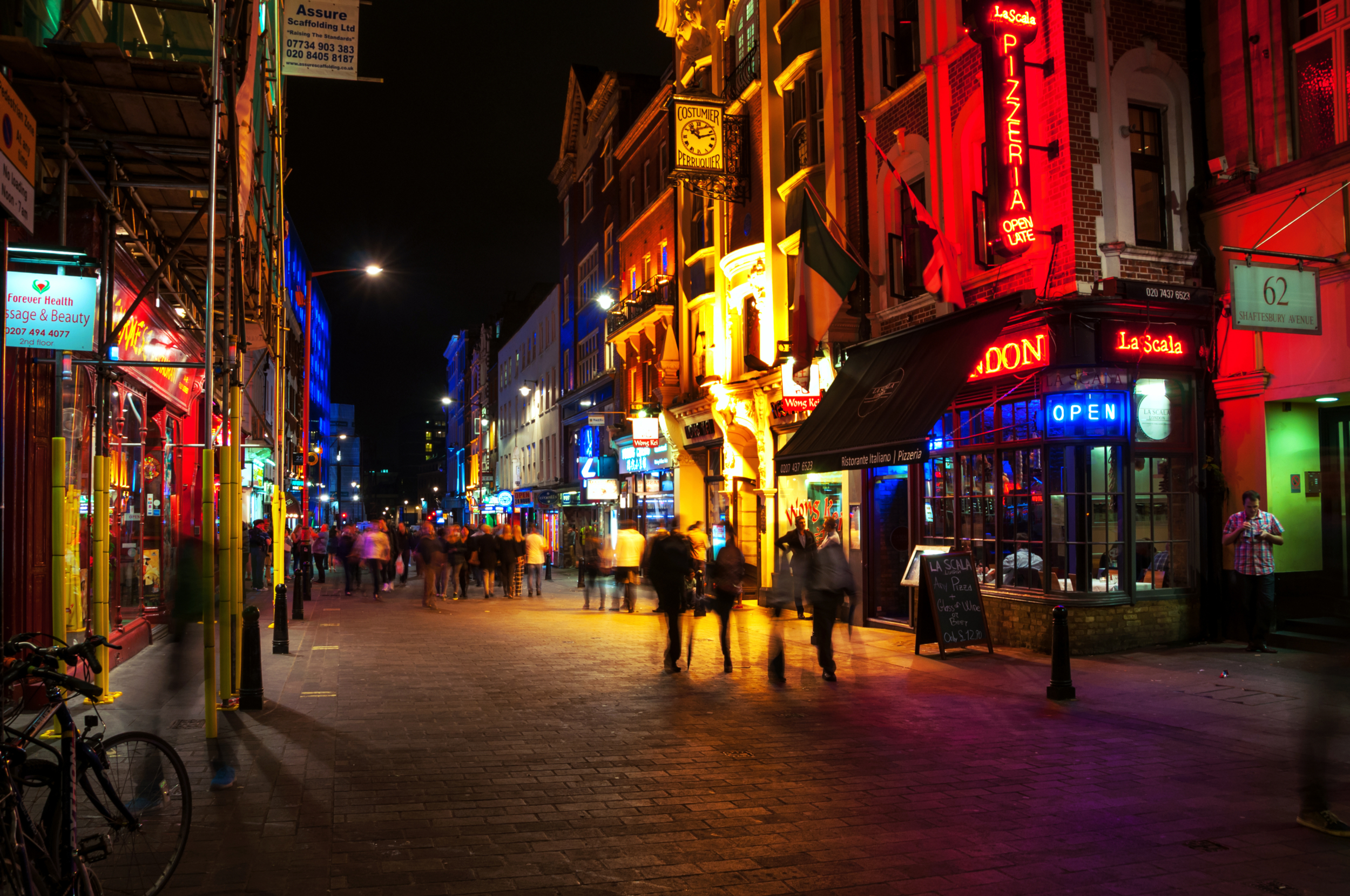 Here, you can find a branch of the iconic Four Seasons Restaurant chain, although its original outlet is located in Bayswater, an area that’s known to also be somewhat of an informal Chinese enclave and the other world-famous roast duck at Gold Mine. There’s also Hung’s, a longstanding Cantonese restaurant that serves up Cantonese classics like wontons and roast meats. 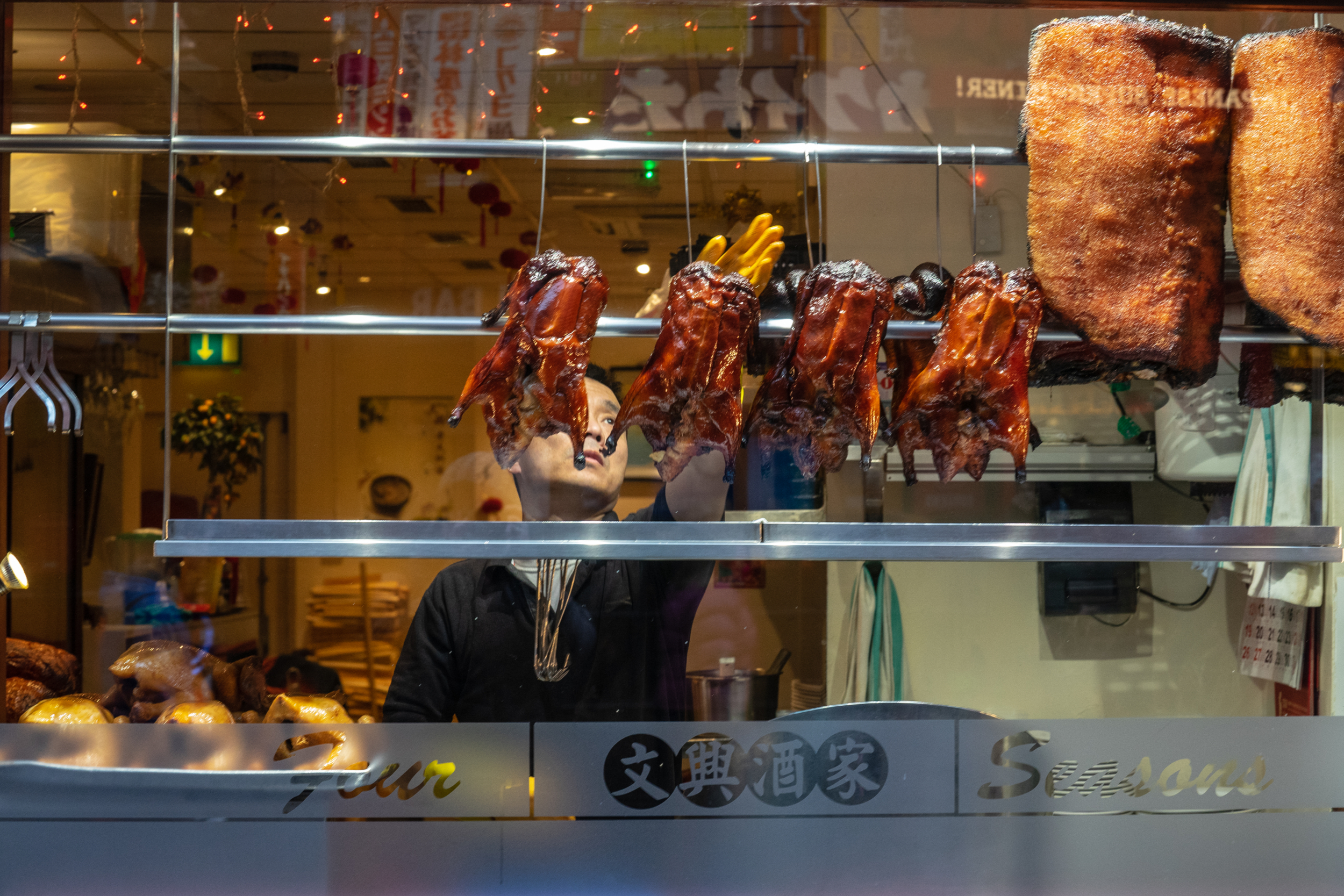 Much like California, the Australian state of Victoria drew in Chinese miners with the allure of its gold rush from 1851. Like most other cities during this period, most of the Chinese immigrants came from Southern China’s Guangdong province. As the Chinese community began to grow, Chinese businesses started to open at Little Bourke Street. 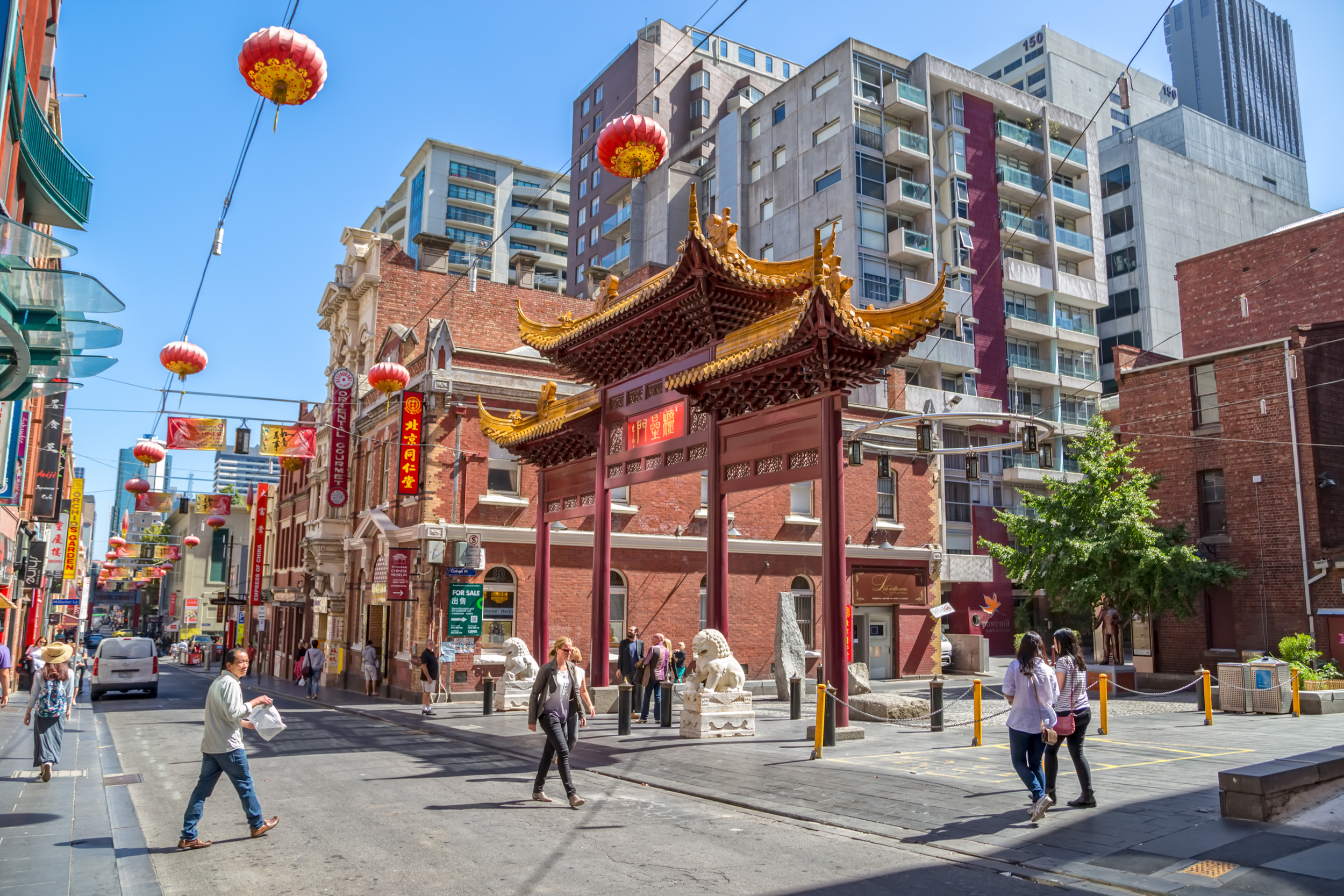 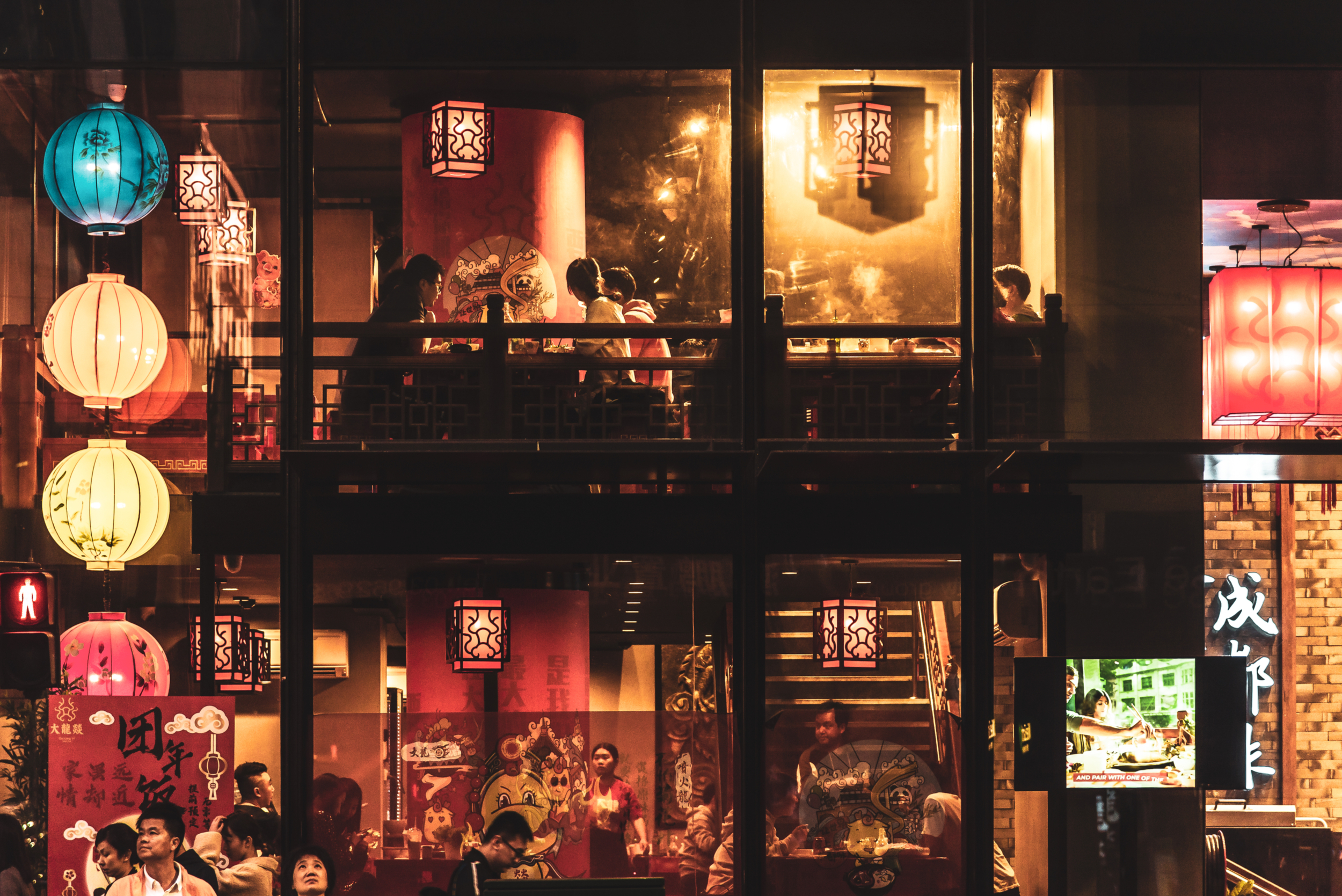 It’s one of the most diverse as well, having a variety of all types of cuisines from Vietnamese to Japanese, bars to cafes, all alongside Chinese restaurants that serve up authentic and delicious Chinese food.

Besides homegrown favorites like the critically acclaimed fine-dining Flower Drum or old-school yum-cha restaurant Shark Fin House, famous chains like Din Tai Fung and Tim Ho Wan have also set up shop here. A visit to the Museum of Chinese Australian History is also a must, which narrates the history of Chinese settlers in Australia through extensive exhibitions. 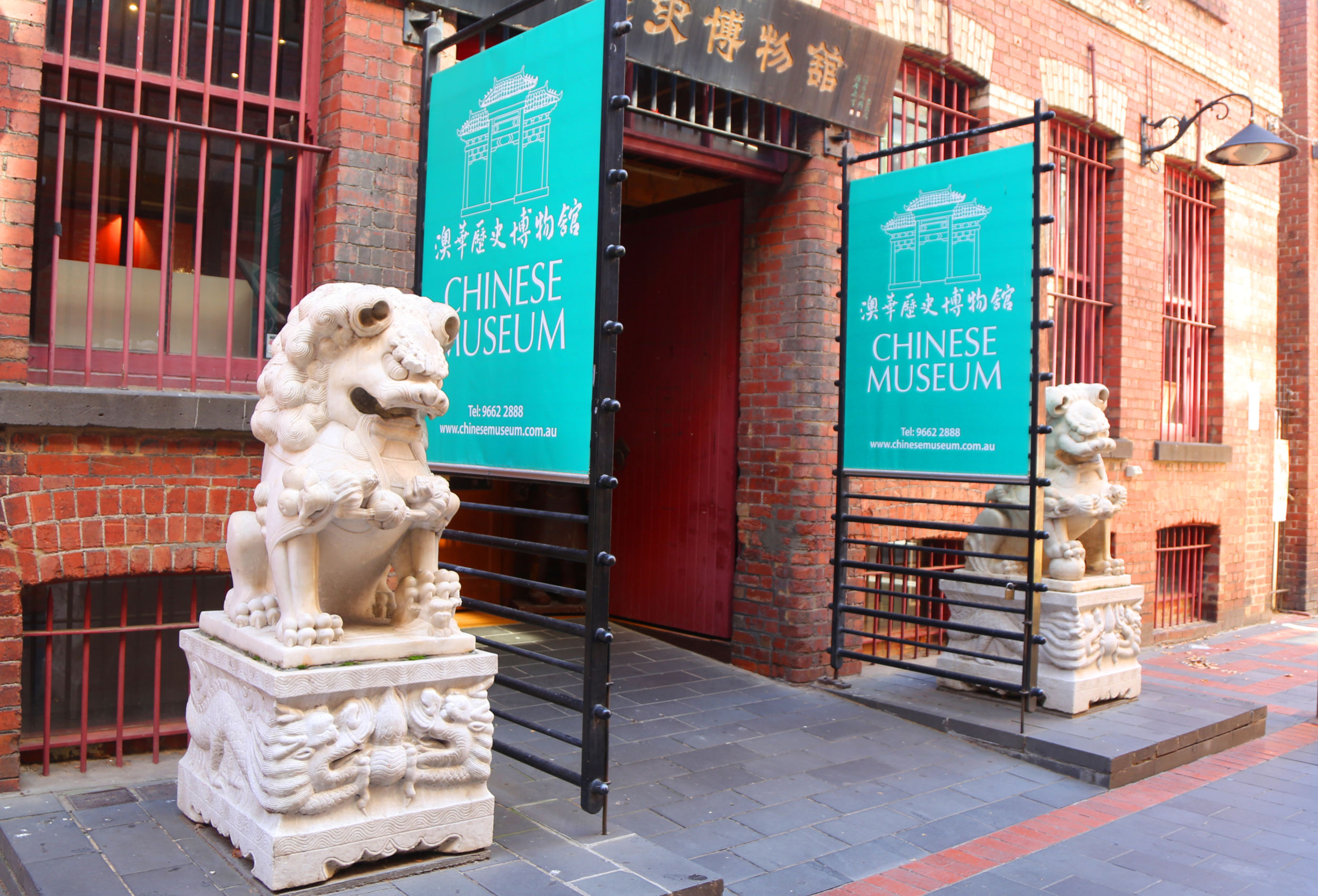 With the same initial narrative as San Francisco and Melbourne, Chinese immigrants flocked to Vancouver following the British Columbia gold rush, but also in part due to the Canadian Pacific Railway. Chinese immigration quelled in the 20th century, with the Canadian government first imposing taxes and later on the more nefarious Chinese Exclusion Act in 1923, and was only repealed over two decades later after WWII. 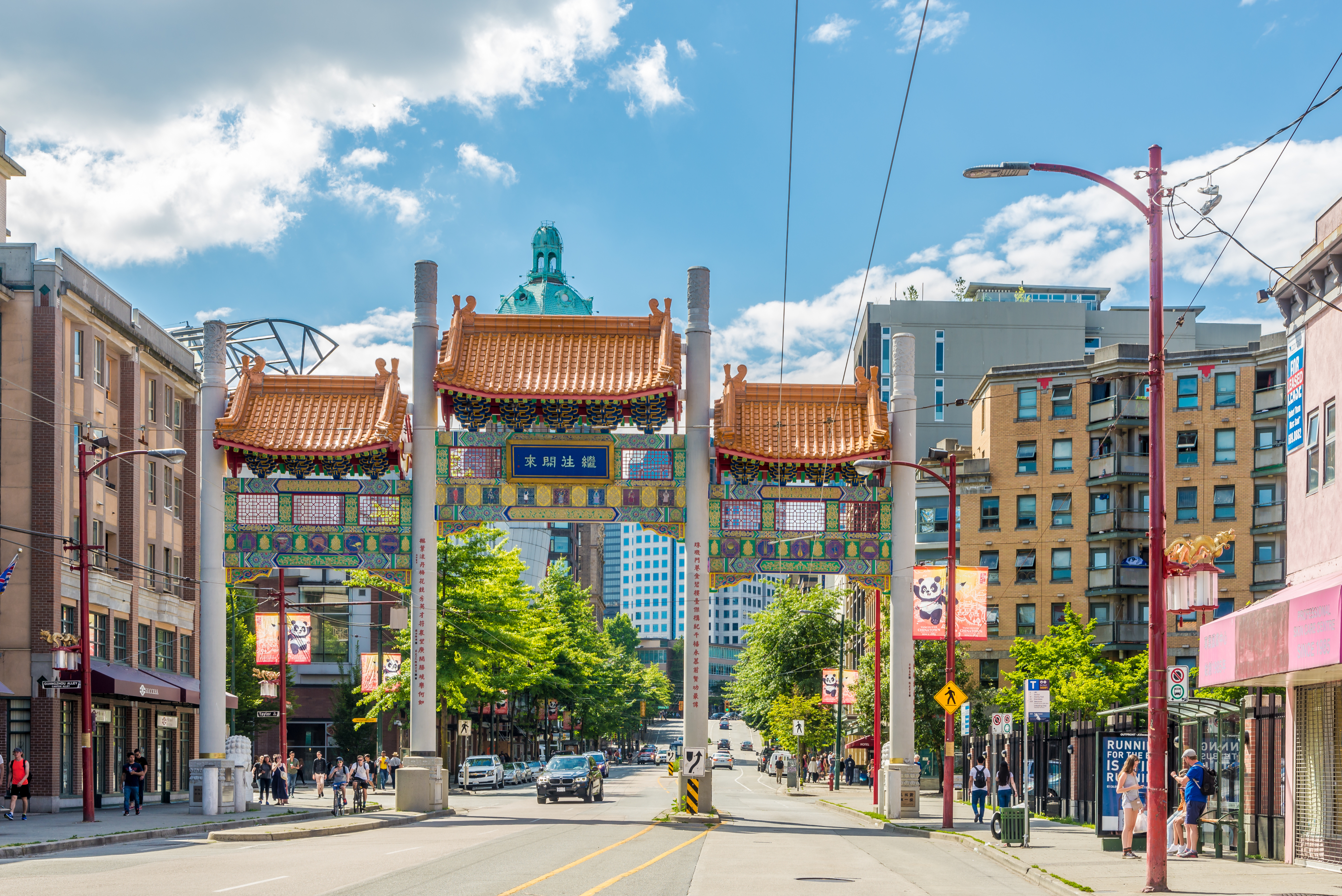 Following the talks over the imminent threat of Hong Kong’s repatriation to China, which rocked the relatively liberal city with uncertainty, many had decided to emigrate. One of the most popular destinations was Vancouver, which accounts for its massive Chinese population. Unsurprisingly, Vancouver’s Chinatown is one of the largest in the world. 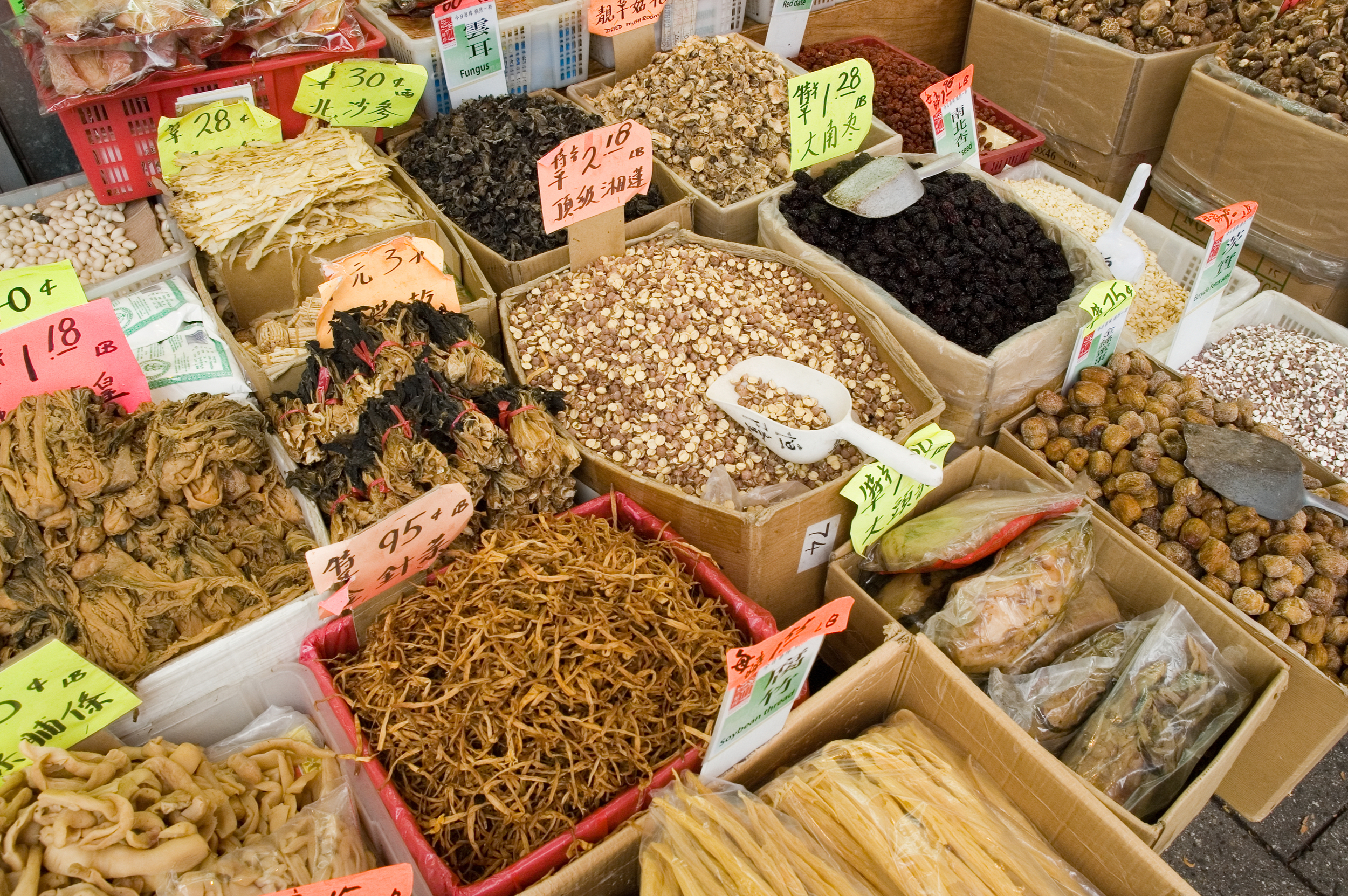 Just like many other Chinatowns the world over, the Chinatowns began booming as Cantonese communities but has since seen an influx of northern Chinese immigrants. This sculpted the urbanscape we see today, with a mix of different regional Chinese cuisines and specialties from dim sum to mala hotpot. One of the must-see sights in Vancouver’s Chinatown has to be the Dr. Sun Yat-Sen Classical Chinese Garden, an idyllic and beautifully constructed Chinese Garden. 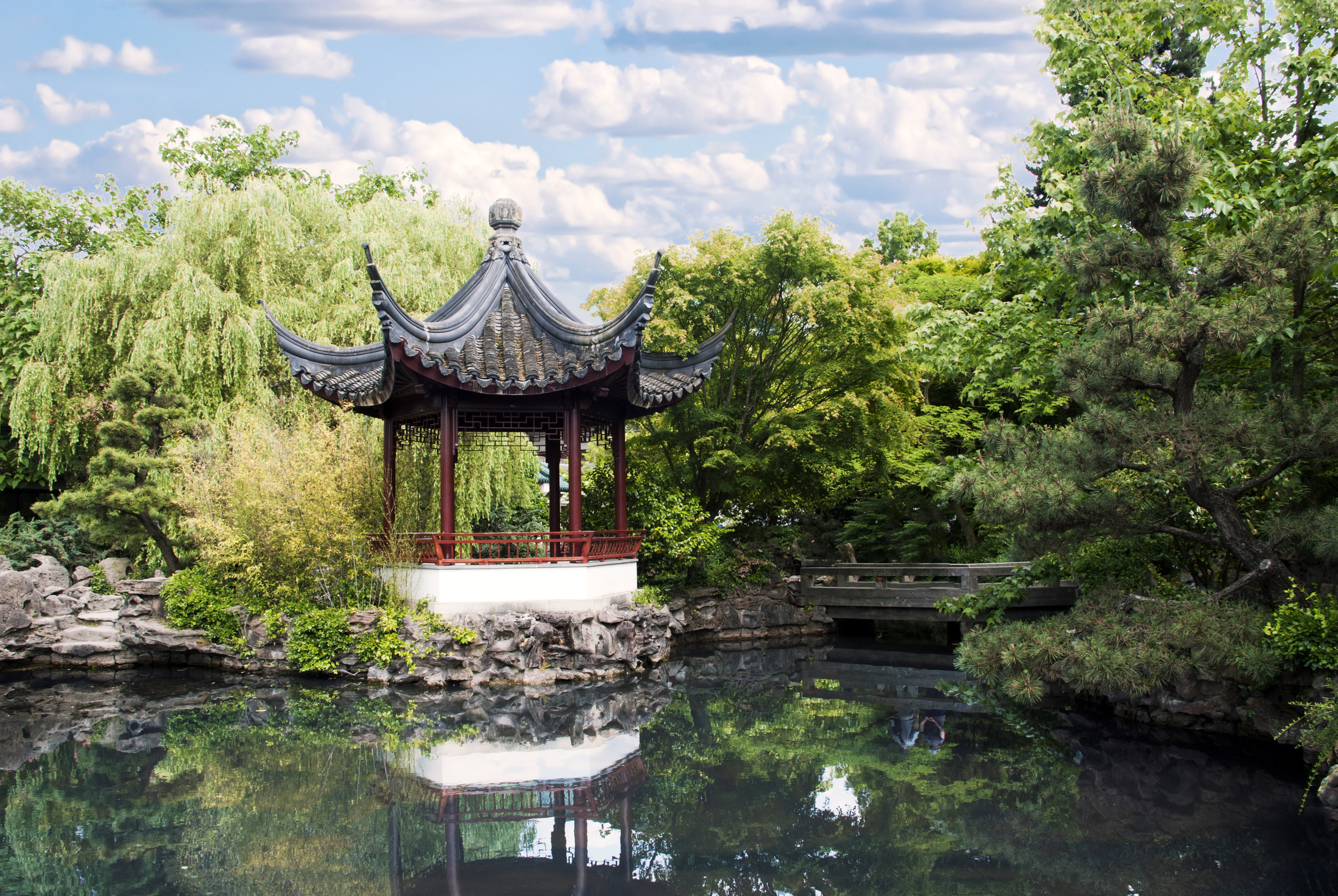 Paris has not one, but two Chinatowns, the first, known as Quartier Asiatique, is located in the 13th arrondissement and holds the title as being the largest Chinatown in Europe. What started as a Vietnamese enclave has since developed into a more diversified one with Chinese and other Indochinese nationals. Unlike most other Chinatowns, the architecture in Quartier Asiatique has a distinct lack of Asian influence. 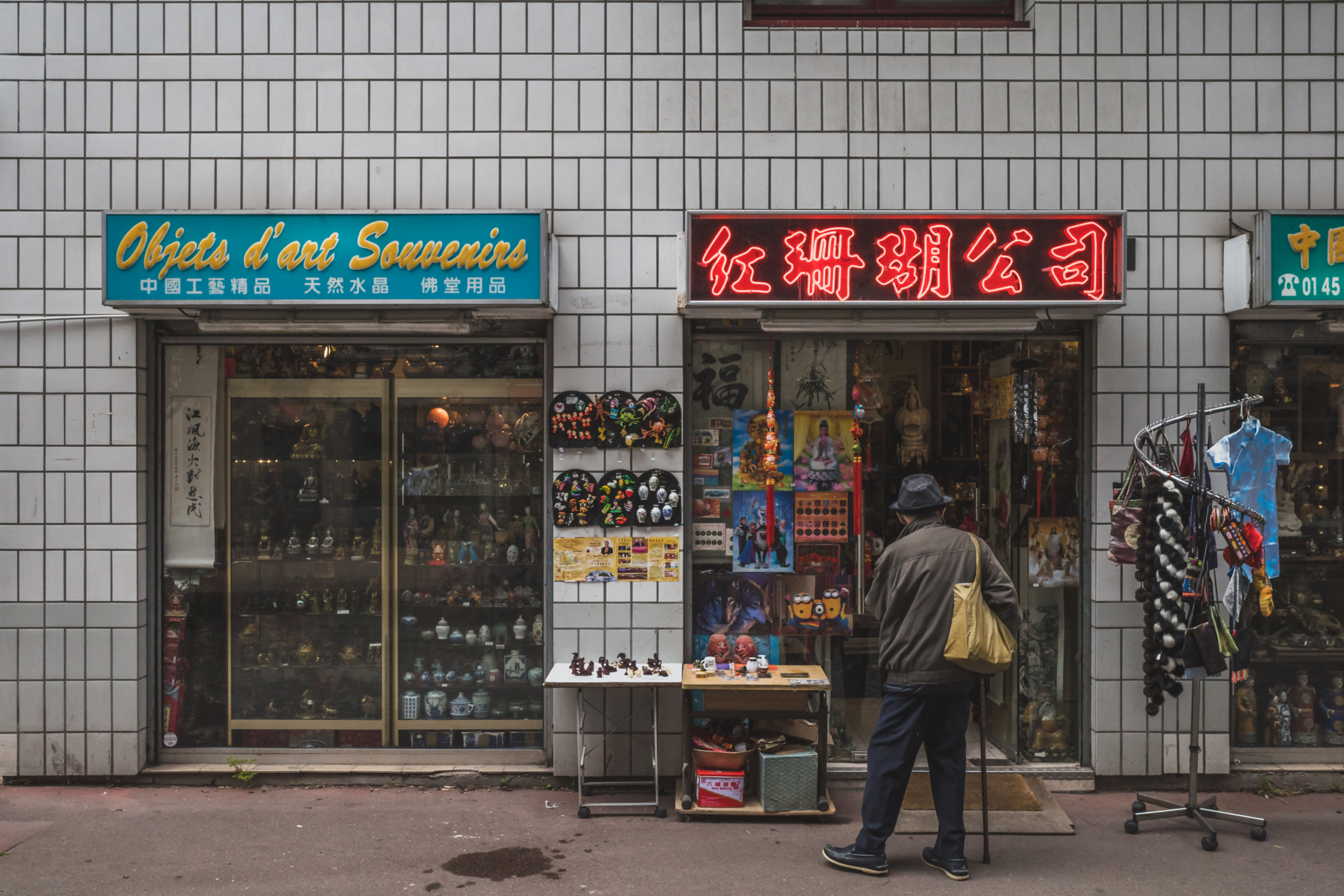 The most famous part of Quartier Asiatique is Les Olympiades, a striking modernist neighborhood clad in concrete and glass, echoing much more of the housing developments in Singapore and Hong Kong than the Chinatowns of New York and Melbourne. It’s also much quieter and spread out than typical, being one of the few Chinatowns not located in the heart of the city. 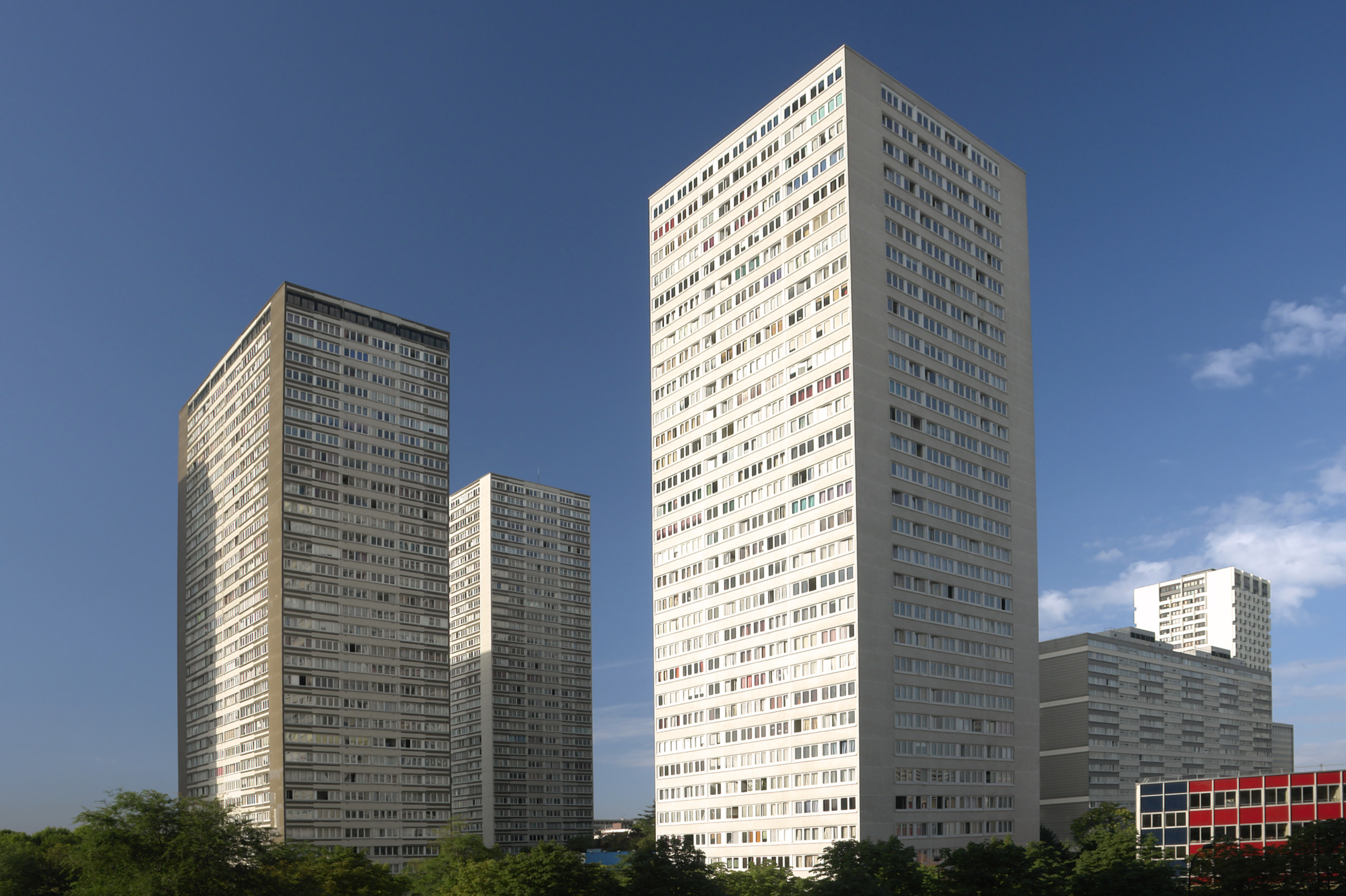 The second Chinatown in Paris is located in Belleville, a sprawling locale than spans 4 different arrondissements, and shares it with unmistakably grungy and hipster neighbors. Nary a Birkin bag or a Gaultier gown in sight, it’s graffiti-covered walls, live musical performances, all alongside Chinese eateries that sell “raviolis” (which is what the French call dumplings) and dim sum.

Not to miss are also the popular Restaurant Wenzhou that serves up delectable stir-fries and dim sum, and the rather clean and idyllic hilltop park that offers panoramic views of Paris. 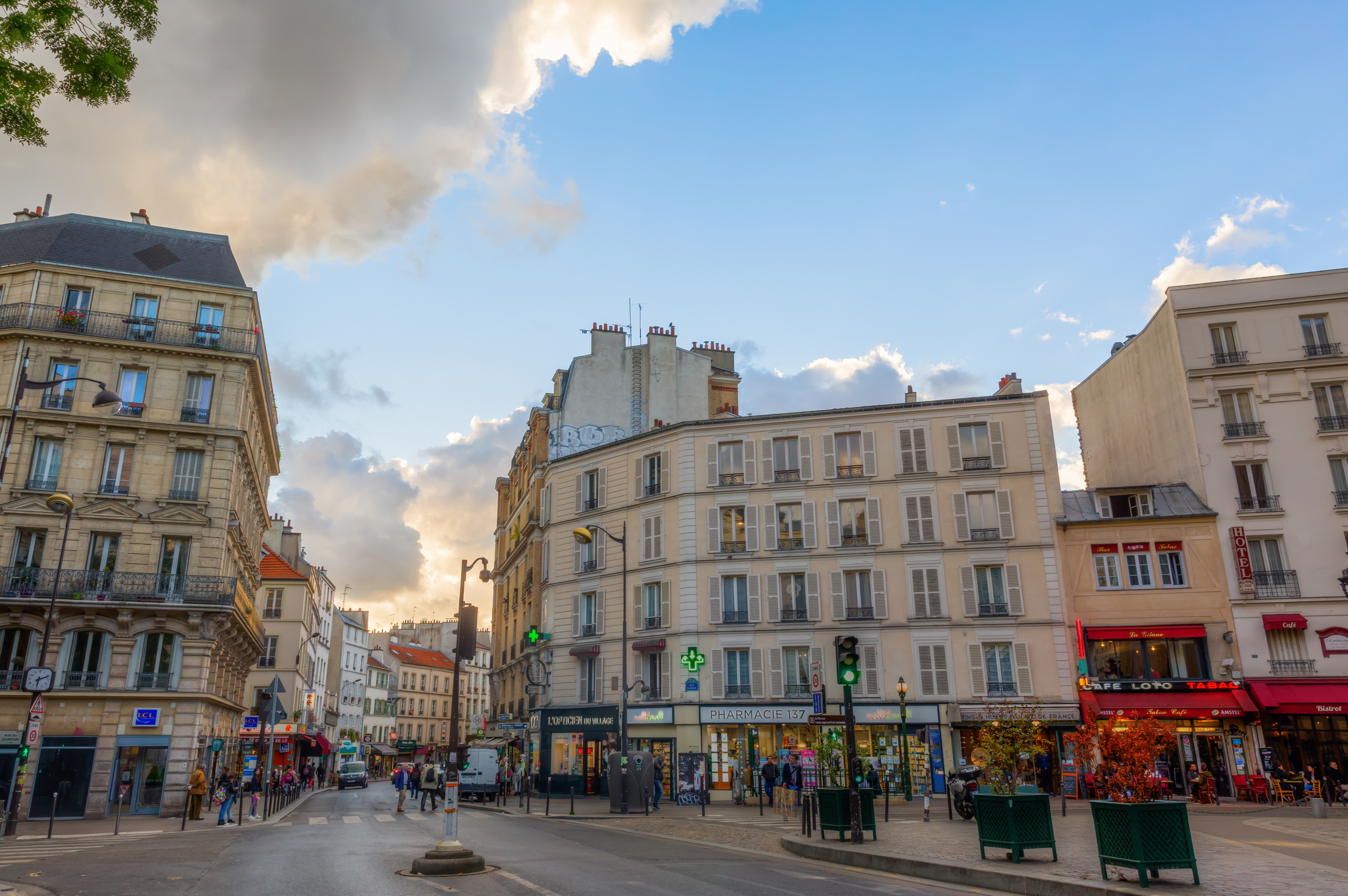 Although the home to the largest percentage of ethnic Chinese outside of China and Taiwan, Singapore’s Chinese culture is a somewhat challenged one. Its proximity to politically aggressive neighbors, diminutive size, and unquenchable pursuit of growth have contributed to the suppression of culture and heritage.

While most Singaporeans are effectively at least bilingual, very few are substantially fluent in both or even either. When it comes to dialects, it’s almost exclusively spoken amongst the elderly. 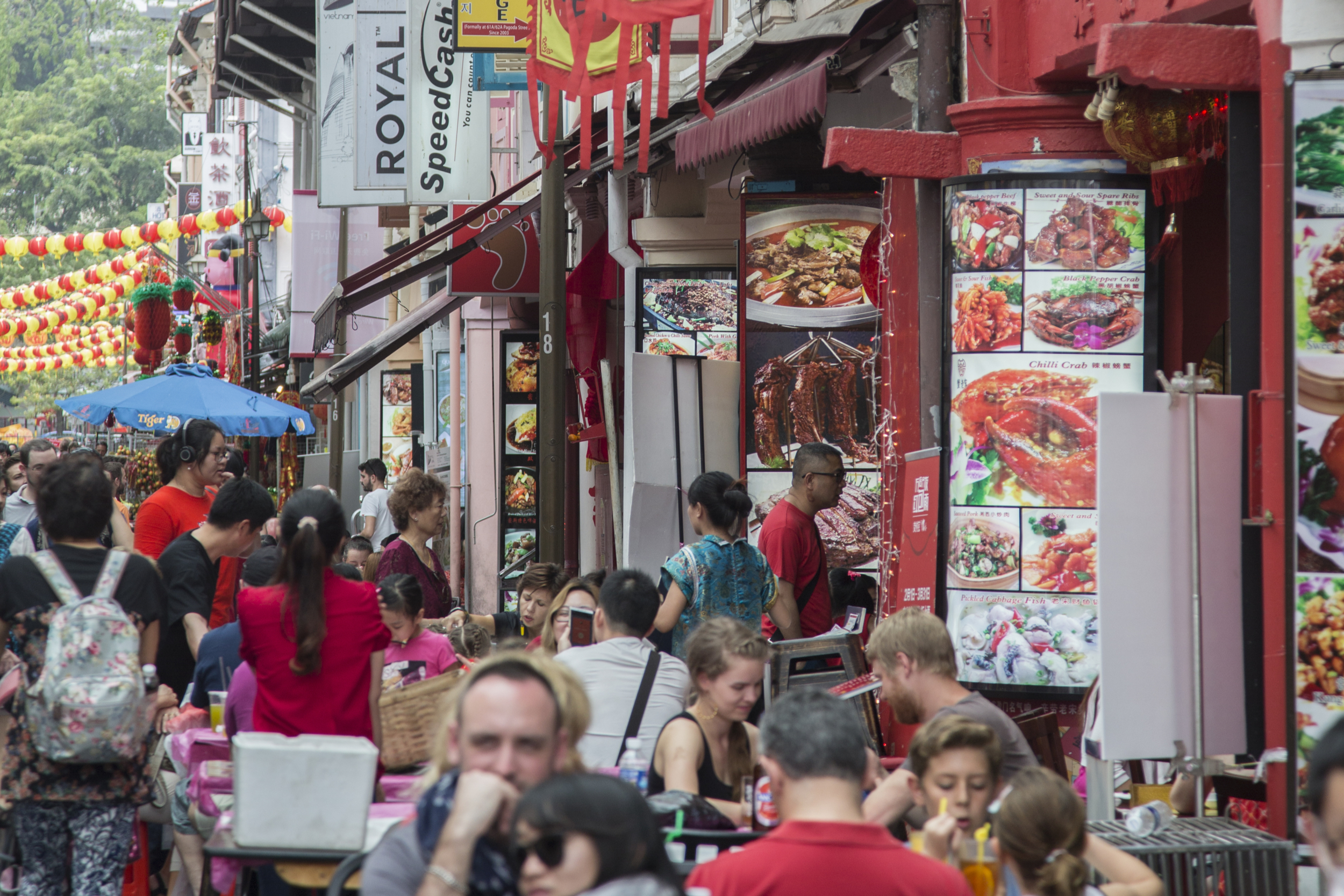 Thankfully, there is still a small part retaining some traditions with Chinese clan associations and historic temples. One can’t help but think that it’s a metaphor for the island nation at large. 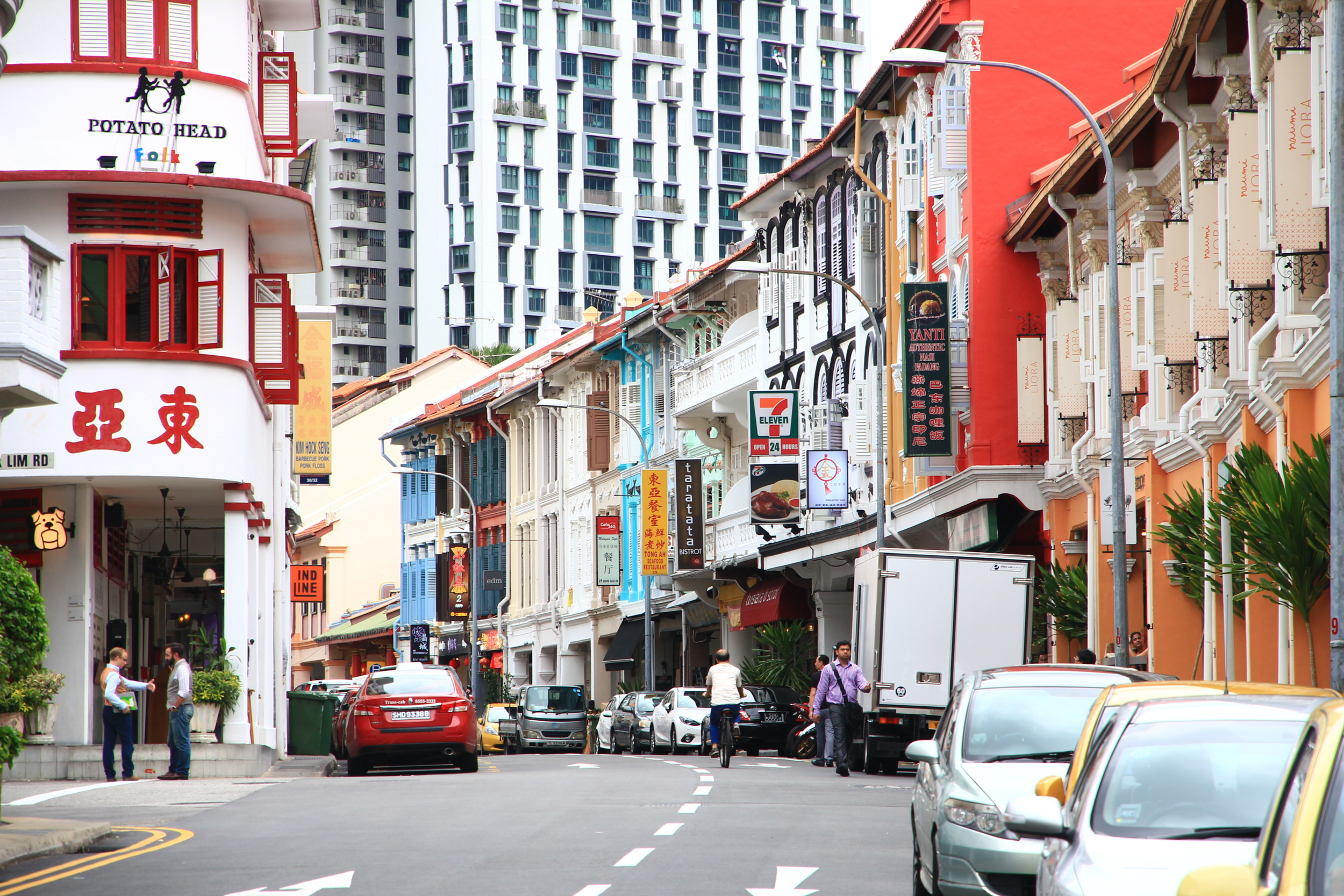 While the main area is mostly a tourist trap, the fringes of Chinatown is one of the coolest and most exciting parts of Singapore. It’s home to some of the hottest F&B spots in town, including the $450 a head Restaurant Zén and the highly celebrated Jigger & Pony, as well as some of the plushest accommodations, including a Sofitel and two Six Senses hotels.

Also in areas are the storied temple of Thian Hock Keng built in 1839 and the elaborately magnificent Buddha Tooth Relic Temple & Museum.