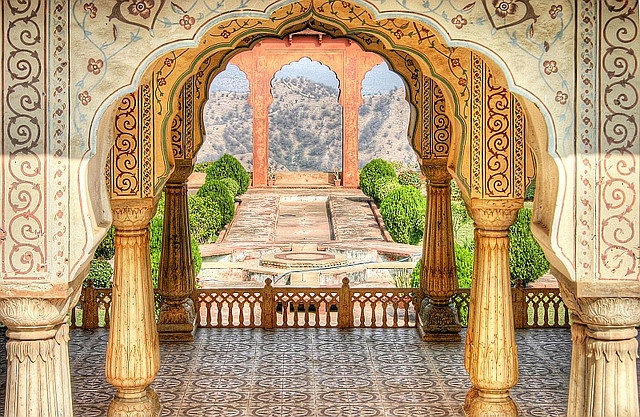 When I was growing up in India, my grandmother would place my head on her lap and regale me with tales of valiant Rajas (Kings) and their heroic battles to save their kingdom from invaders. Each story was set against the backdrop of mighty forts with high walls surrounded by moats, secret corridors and hidden ammunition rooms.

India’s cultural history unveils some fascinating facts about forts, their architecture, heritage and importance. Built for the primary purpose of defence, forts were also a sign of a kingdom’s authority and the strength of its King. Much planning went into their complex design and location to provide the maximum in protection from invading forces. Traps and deceptions were incorporated to capture prisoners and foil attacks. Another extremely important feature, a self-sustaining water source was crucial to survival for long sieges.

Soldiers and prisoners lived for months on end in the forts, and carefully planned storage and reservoir systems were paramount as a lifeline; their actual location within the complex remained a closely guarded secret to prevent nearby lurking enemies from poisoning supply.

India has several long-standing forts that lend a rich historical and cultural dimension to the country’s tourism. We have selected the top five which hold particularly fascinating interest, to help you plan your journey, experiencing much of India at the same time.

As a perfect blend of Hindu-Muslim architecture, the Amber Fort is located in the small town of Amer in Rajasthan. Built in the 16th century it is known for its artistic styling with large ramparts, series of gates and cobbled paths. Inside the Sheesh Mahal (mirror palace) is well worth the trip, as well as the Sukh Niwas where a cool climate is artificially created by winds that blow over the water cascade within the palace. The fort is connected by a subterranean passage in the north to the Jaigarh Fort, which was used as an escape route in times of war. 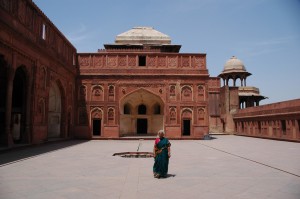 Built by the great Mughal emperor Akbar in 1565, the Agra Fort is known as the ‘walled city’. History tells us that the precious Kohinoor Diamond (105.6 metric carats) was discovered here. Robustly built, it was the stronghold of the Mughals, embellished with a number of richly decorated buildings in Mughal style art and architecture. Within the fort you’ll find Jahangiri Mahal (built by Akbar for his son Jehangir), Khas Mahal (white marble palace) and the Musamman Burj which is a tower with a balcony facing the Taj Mahal, where Shah Jahan spent the last seven years of his life under house arrest by his son Aurangzeb.

Also known as the Golden Fort and one of the largest in the world, Jaisalmer’s yellow sandstone provided camouflage in the vast surrounds of Thar desert. Built in 1156 by the Rajputs, the fort has three interior walls to secure enemies who break through within a maze so an attack could be launched from within. Inspired by the royals, the Havelis (private mansion), have intricately decorated walls and ceilings and are heavily carved on both the exterior and interior. Inside the Raj Mahal (royal palace) with four massive gateways and a group of Jain temples.

Travel tip: Jaisalmer Fort’s nearest airport is in Jaipur. The Fort can be reached by road, approximately 570km away.

Considered one of India’s grandest, Chittorgarh Fort spreads over an area of 700 acres. Located on a hill near the Gambheri river, the ascent to the fort passes through seven gateways making it almost inaccessible to enemies. Inside the fort are 65 historical structures among which are four palaces, including Rana Kumbha Palace (Indian ruler belonging to the Sisodia clan), and Padmini’s Palace (Padmini was the queen of Chittor), 19 temples with intricate carvings, and 20 bodies of water. It was said that Sultan Alauddin fell in love with Rani Padmini upon seeing her reflection in one of the reservoirs which led to the battle of Mewar, and her death.

Located in the arid region of the Thar desert, Junagarh Fort is built with red sandstone and marble. Inside the fort contains palaces, courtyards, pavilions and balconies, each providing insight into the grandiose living style of the past Maharanas of Rajasthan. The confluence of Rajput, Mughal and the Gujarati architectural designs are clearly visible in Junagarh Fort, as a consequence, it is one of Indian architecture’s precious gems.

Travel tip: Fly to Jodhpur,  which is 256km from Bikaner City.

Each of these heritage cities are well connected with private taxis for travel. Outside these sites you will generally find local tour guides who can guide you to the sites as well as accompany to share their extensive history’s.

Travel light, don’t forget your camera and bring a bottle of water to keep you hydrated and prepare for some fantastic walks.