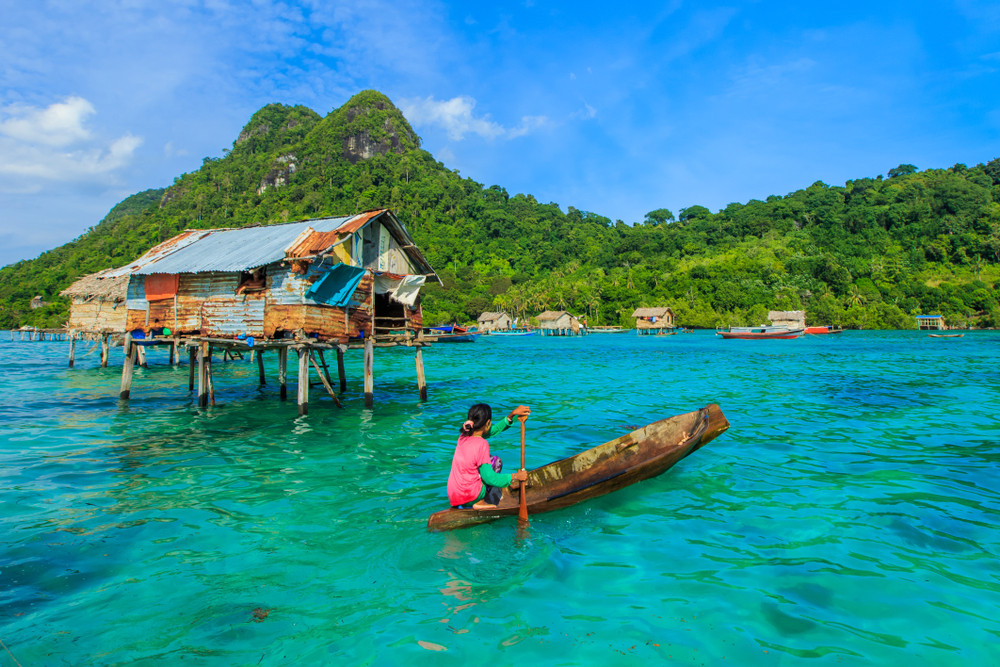 Rebuilding a Paradise in a Diving Haven: My Sun-Drenched Volunteering Experience in Borneo

When you hear the name Borneo, chances are your mind will be filled with its most iconic features. In this verdant jungle paradise, probosci monkeys (Those funny-looking guys with the long noses), pygmy elephants, and orangutans abound.

And if you’re seeing those images playing in your internal theater, they are most likely accompanied by the dulcet tones of Sir David Attenborough. While that is the most popular and well-recognized image of Borneo, there is more than just the surface to enthrall those that make it to this part of the world.

Just beneath the waves, a whole new world exists. In the many miles of beaches, dotted with coral reefs, there is life bursting forth in exuberant color. 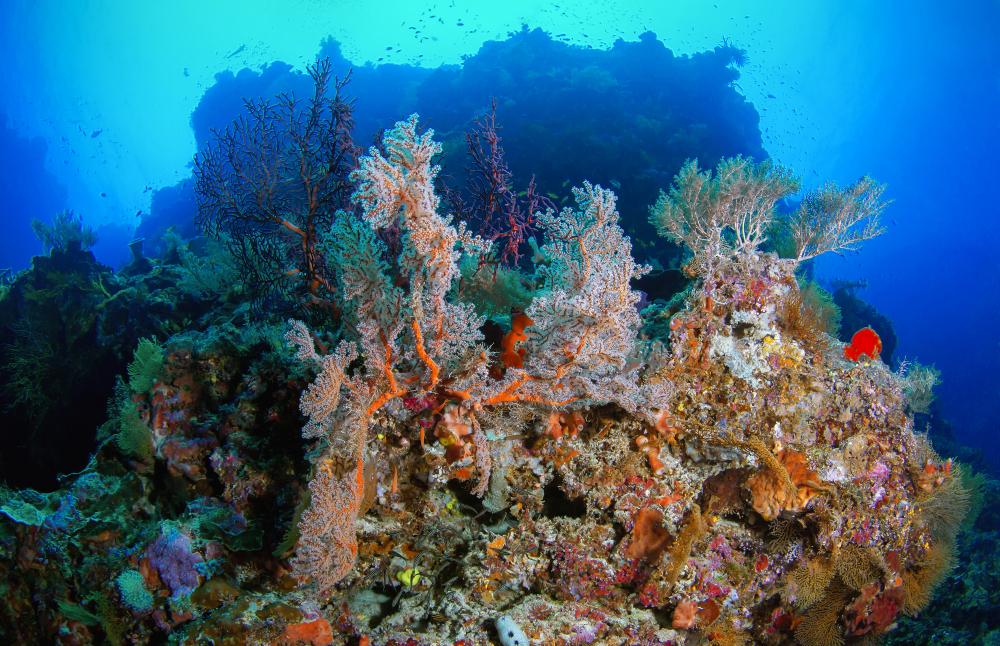 One of the most well known and well-preserved dive sites in the region lies in the Celebes Sea just off the northwestern corner of Borneo. Known as Sipadan, this tiny island is a mecca for divers the world over and is, in fact, in the top ten dives sites in the world.

Here in the clear blue waters, you can see schools of colorful fish, many different types of vivid coral, sharks, and the occasional whale. Submerging beneath the waves brings to mind the fantastical colors of fantasia or paint by numbers book. 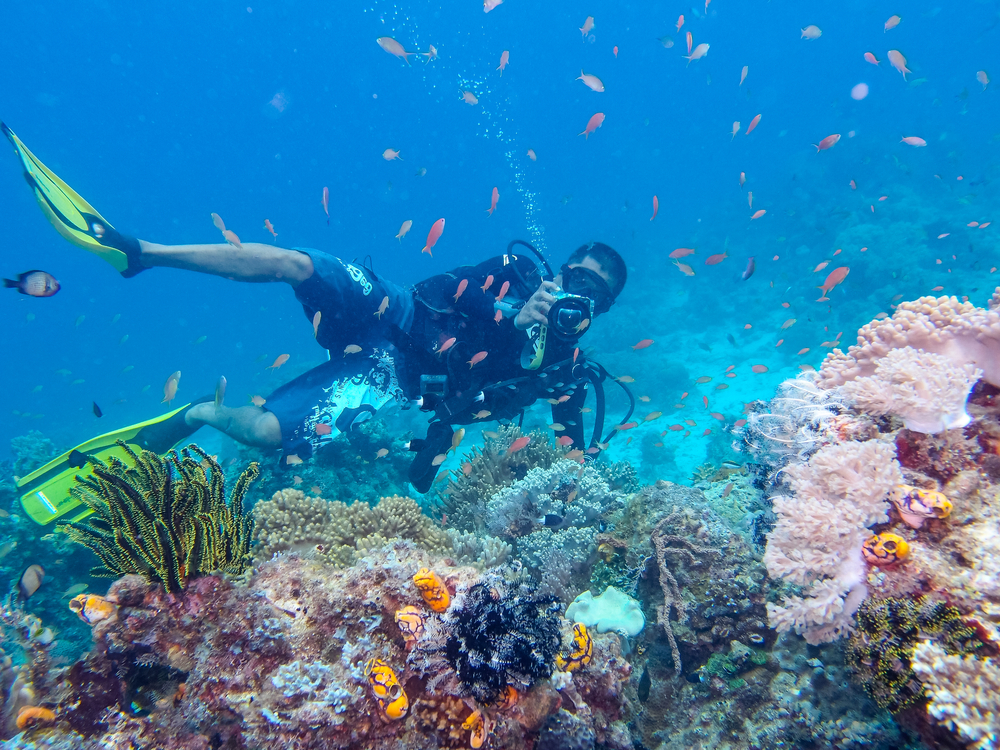 While this particular reef is healthy and full of life, it was not always so. Not too long ago, Sipadan was home to a resort, and like much of the region, it was devastated by overfishing.

Much of this damage can be attributed to the unintentional actions of the local water people, known as Sea Gypsies. As the name suggests, these are a nomadic people who spend most, if not all, of their lives on the water. 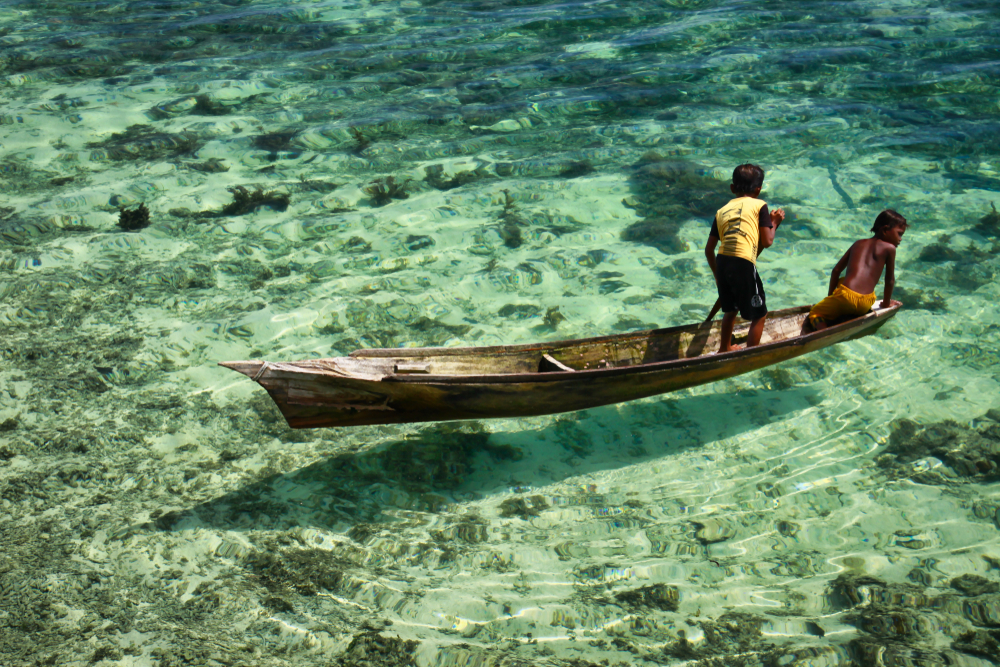 Here they make their lives in small shifting communities that rely primarily on fishing to sustain their livelihood. Indeed, much of the seafood in the are is provided by these water nomads.

While ancient fishing practices are still used (holding their breath to go spearfishing and using nets and hooked lines), more modern techniques are used to quickly increase their catch.

By using homemade bombs manufactured with fertilizer and water tanks, the fishermen can send a concussion wave through the water, killing any fish in the area, which is then easily gathered off the top. 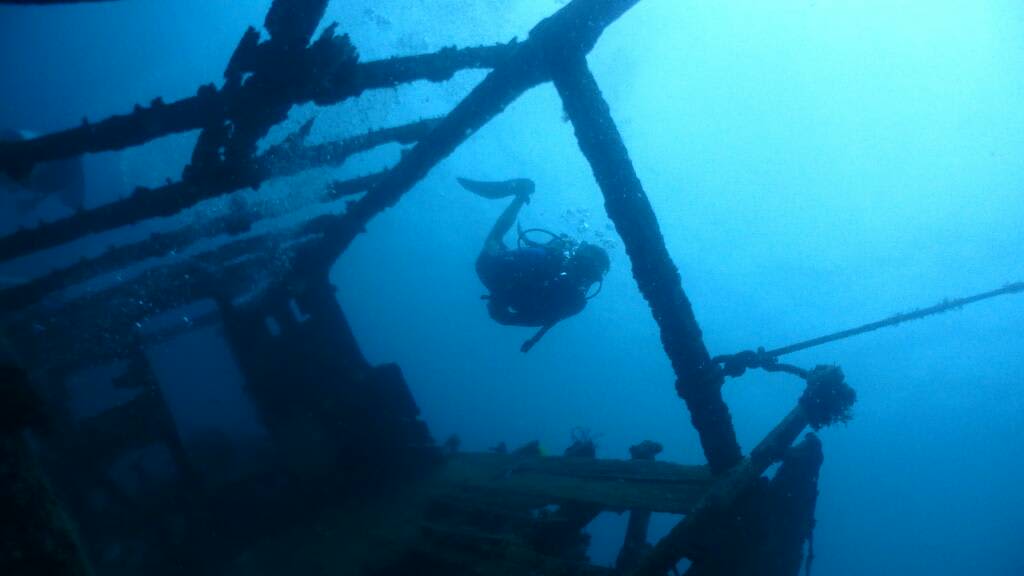 Unfortunately, this results in the unintended death of all other life in the area, including the coral. 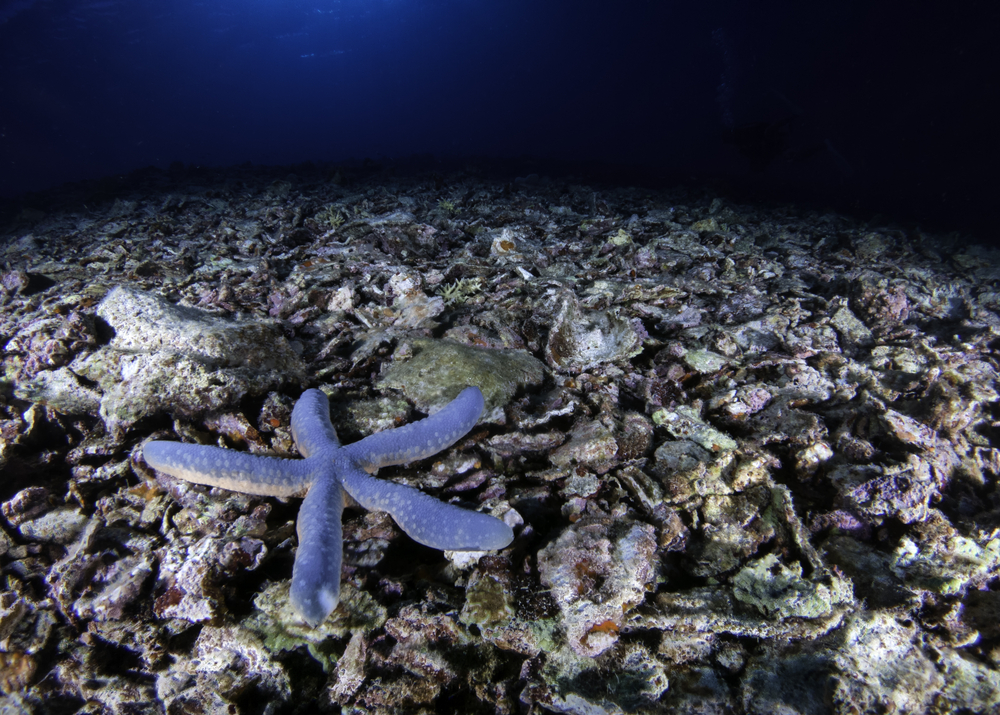 Although the practice is illegal today, policing the many small islands and communities is difficult. These days, through the concerted efforts of the local government, but most especially various NGOs, Sipadan is the beautiful jewel it once was.

Unfortunately, the same cannot be said for the many other coral reefs that dot the region. Due to these damaging fishing practices, overfishing, and a relaxed attitude towards environmental causes. Many of the reefs have been destroyed or bleached.

One of these NGOs is located on a tiny island called Pom Pom. From this base, many of the reefs, including Sipadan, are a short boat ride away. 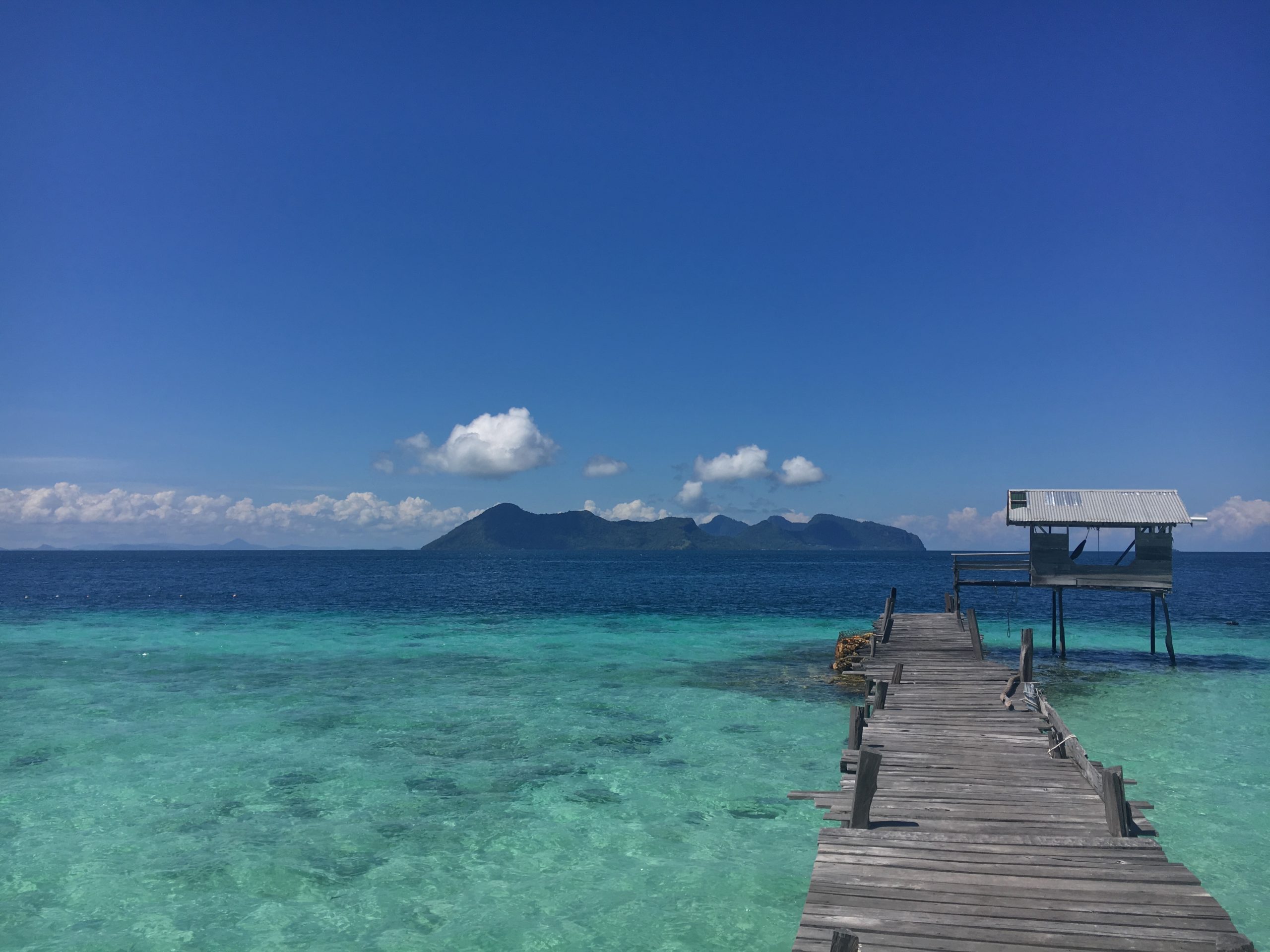 On this island, a small community of volunteers, instructors, and conservationists work together to re-establish the coral in the region. Through a system of education and hands-on work, this community works diligently to restore the underwater paradise to its former glory. 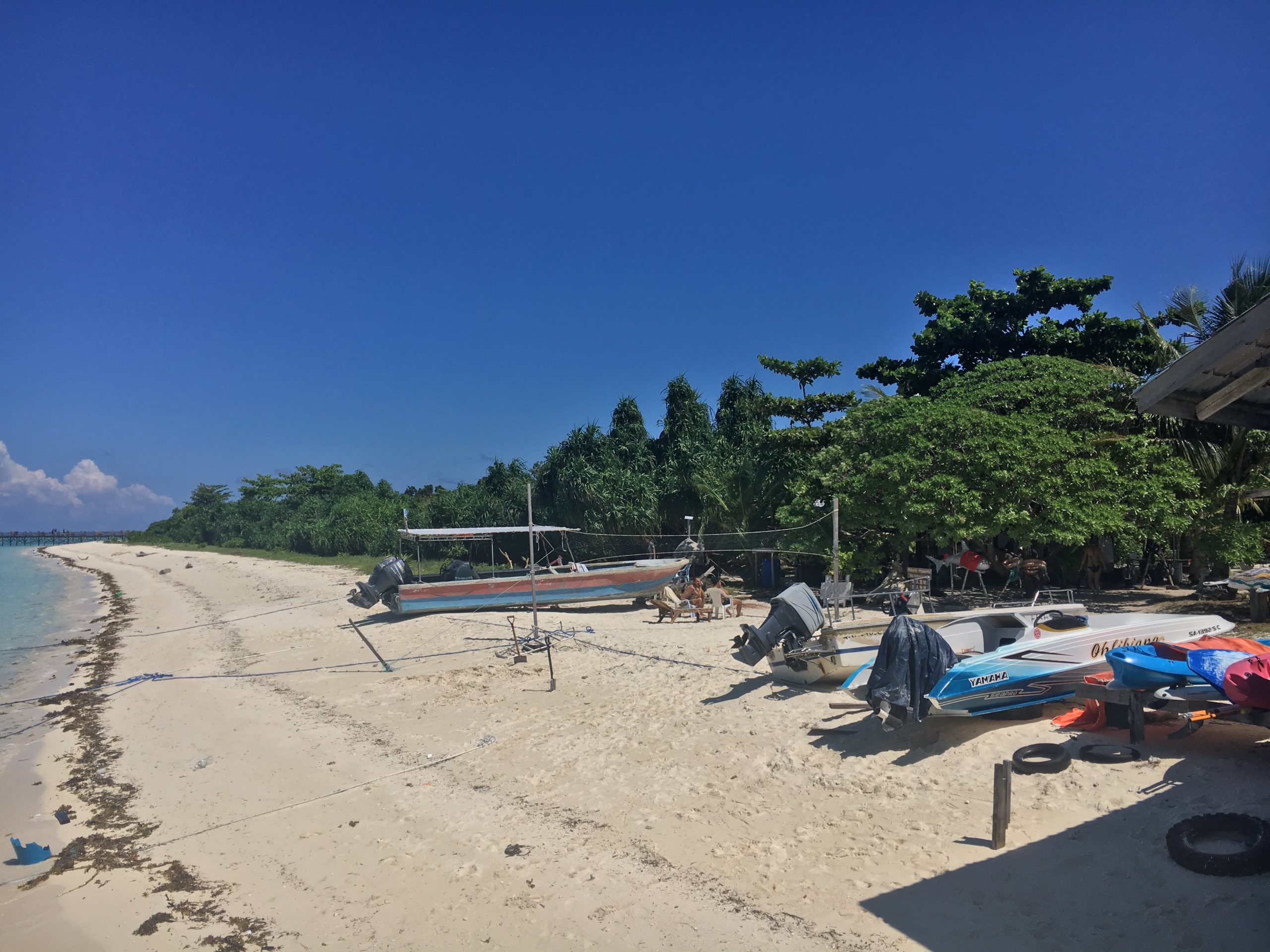 By using the Reef of Pom Pom as a laboratory, scientists and volunteers work together to find ways to stabilize the damaged reef. Once that has been accomplished, efforts to reinvigorate the area with native sea life can begin. To many, the idea of volunteering conjures up images of dull dreary days. In the island paradise of Pom Pom, volunteering takes on a different view.

Here, the days are filled with sun, surf, and many dives into the reef. The nights are equally engaging with camaraderie. 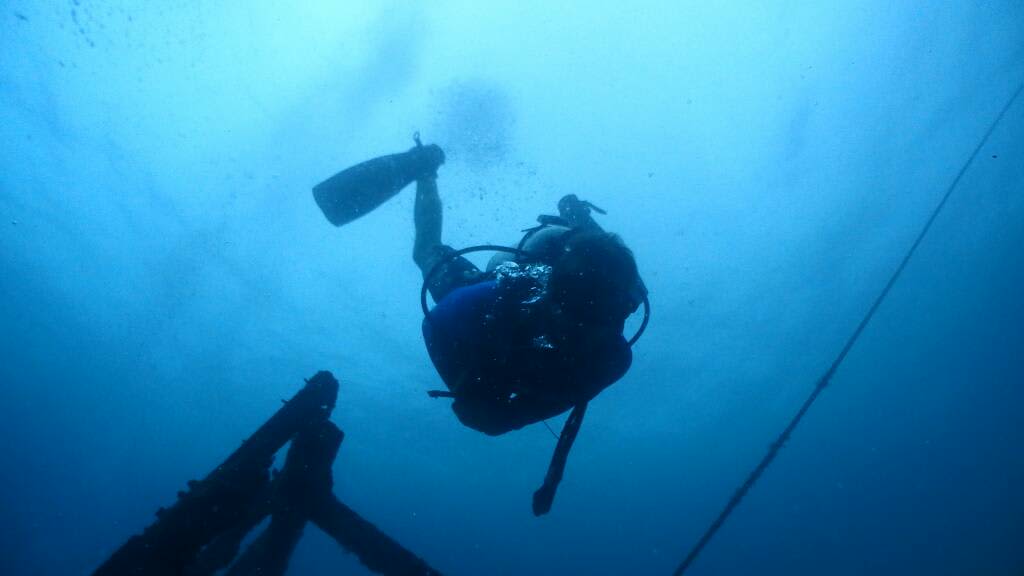 For many, a week or two volunteering in this Eden changes their outlook on life. For those who choose to stay longer, the island finds a permanent place in their soul. Having spent a month here, I will forever remember my time with nostalgia and feel the warm waters of Borneo around me.