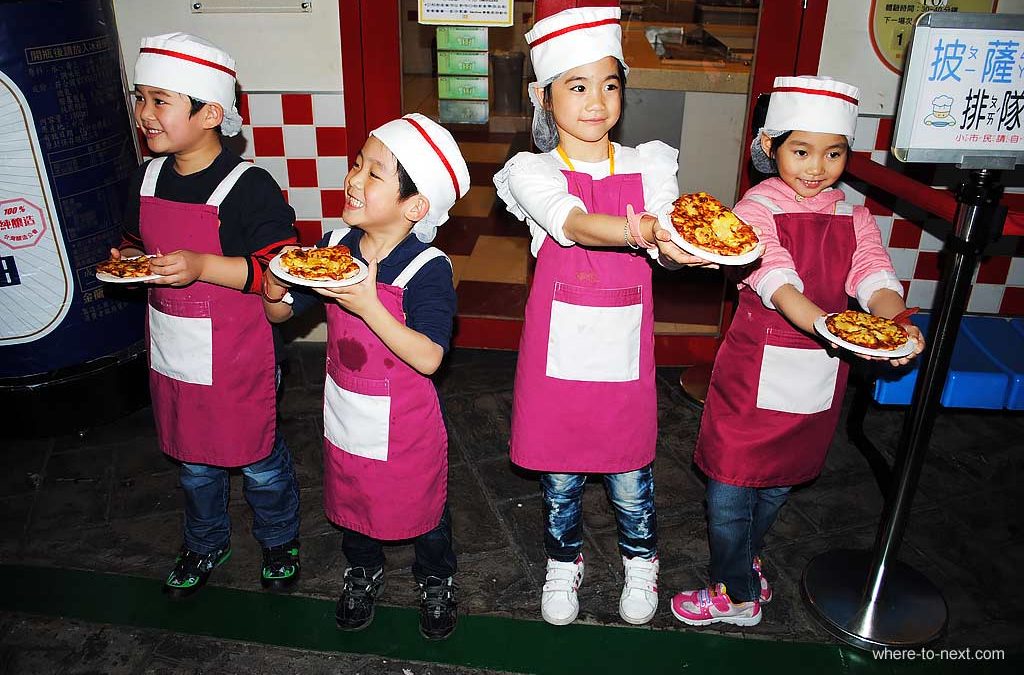 Taiwan has a rich culture and fascinating history as well as some incredibly quirky attractions and delicious (also at times unusual) food. Here are 10 reasons to make it your next family holiday destination.

Only a few years ago (2010) this was the tallest building in the world and at 509m it’s still pretty impressive. It’s also pretty kid-friendly with a great exhibition explaining what keeps this massive structure safe from earthquakes: the 660 tonne damper suspended in its centre.

Taipei Zoo was used as the setting for the opening scenes of the movie; Life of Pi, and some of the movie’s stars still live here, including a rather gorgeous black bear. There are actually less black bears in the wild than pandas so they ought to deserve more attention, however the zoo’s baby panda is the most popular attraction in the zoo.

This 4.3km cable car passes through Taipei Zoo and also takes you up the mountain behind, past the beautiful Nan Temple to tea plantations and the Chang Naimiao Memorial Tea Museum.

You don’t have to travel to Taiwan to taste the delicious dumplings at Din Tai Fung but it’s a pretty special thing to visit their first ever outlet. The branch at Taipei 101 serves up 16,800 pork dumplings each day.

The largest and most famous of Taipei’s night markets, there’s everything here from t-shirts to pythons. The markets have been here since 1913.

Chiang Kai Shek was the founder of Modern China, bringing together the many warlords to become one nation for the first time. The guards here are not allowed to move ”“ not even blink ”“ so it’s good fun trying to make them laugh.

A lot of China’s ancient treasures were secreted away from the mainland during the revolution and have ended up here. Look out for a couple of very valuable pieces in the collection, a cabbage and a meat shaped stone (edible replicas are also available at Silks Restaurant next door). 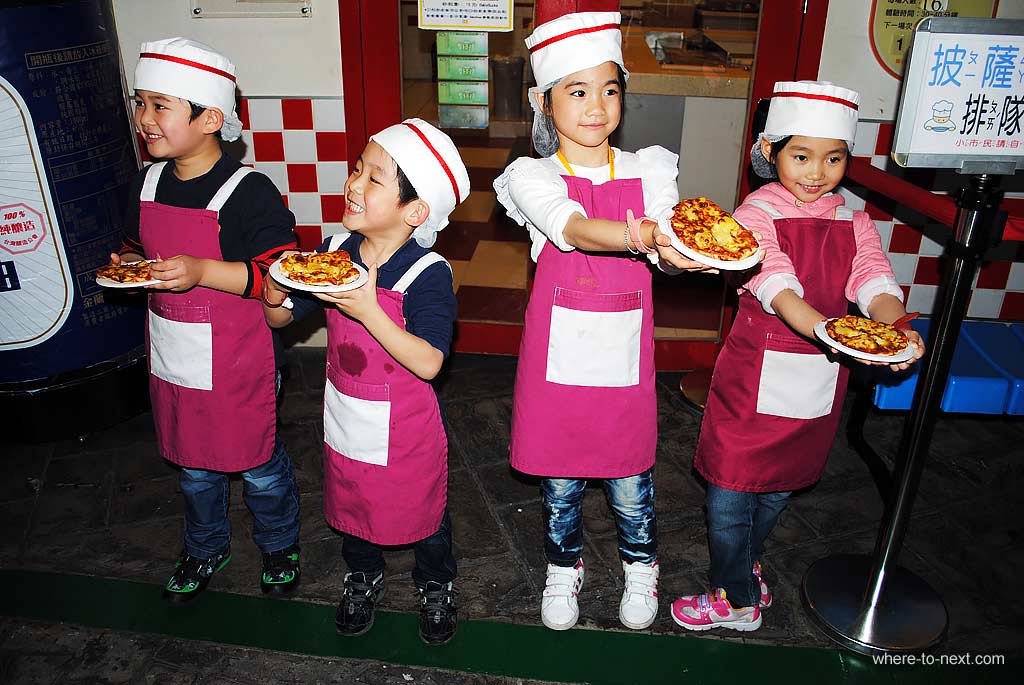 At Baby Boss City kids can choose to be whatever they want to be for the day – a fireman, astronaut or even a magician. You get paid for Baby Boss jobs with Baby Boss money, which you can use to buy treats or maybe ingredients for pizza making classes.

A shopping centre, yes, but one that has a giant 70m tall ferris wheel on the roof, the largest IMAX theatre in Asia and a multi-story restaurant made entirely of drift wood.

An incredibly diverse range of migratory birds call this sanctuary home at various times throughout the year ”“ in fact you can spot more bird species here than almost anywhere else in the world. They have a great hands-on educational program for kids that teaches them about conservation and the important role that wetlands play.