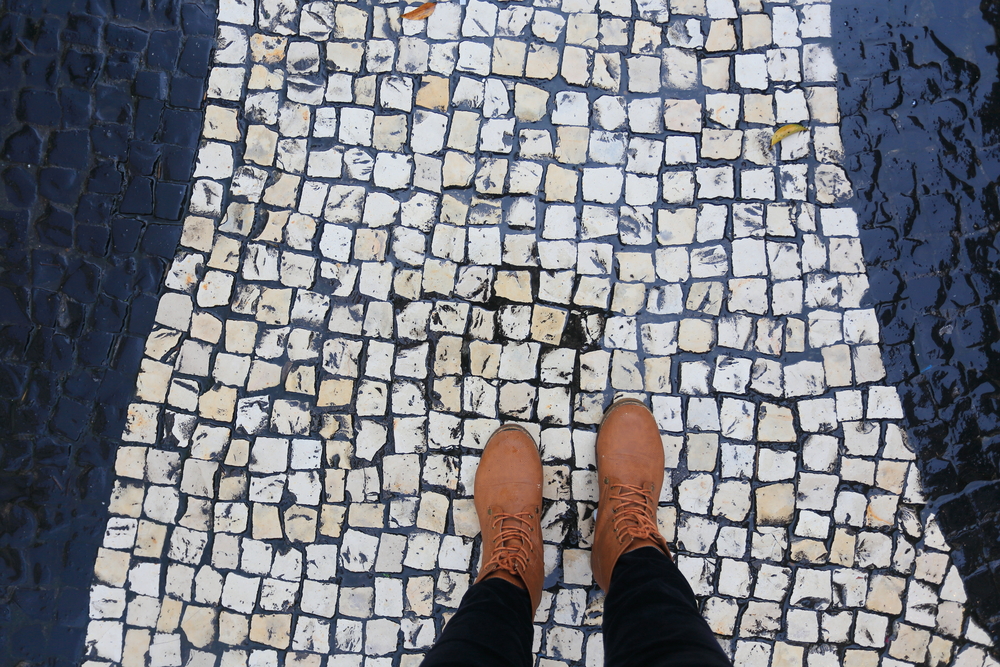 Macau is a city of non stop entertainment, shopping and dining, but what you may not know is that there is a little leafy haven of peace, just a short drive from the city centre.

Coloane remains fairly unchanged over the decades. It’s Macau’s version of a countryside, and the tiny island has retained its old neighbourhood feel. The best way to absorb the peace and nostalgia of Coloane is with your feet, so here’s our relaxed guide to exploring Coloane by walking through it.

Named in honour of Portuguese President Antonio Ramalho Eanes, the President’s Square is a good place to begin. The square is connected with quaint old alleys and roads that run through Coloane Village. A large statue of Cupid sits at the centre, and has also featured many times in television dramas which used the island as a backdrop.

There’s a number of small food stalls where you can buy some seafood nibbles and other delicacies, and of course the famed Portuguese egg tarts, to keep your energy levels up as you stroll.

During the reign of Emperor Jiaqing, around 1800, local sea traders built a temple to worship Goddess of Mercy, Kun Iam. Legend has it that Kun Iam has been protecting Coloane fishermen for centuries to ensure their safe return home. It’s one of the oldest temples in Coloane, along with the Tin Hau Ancient Temple, Tam Kong Temple, and Sam Seng Temple. 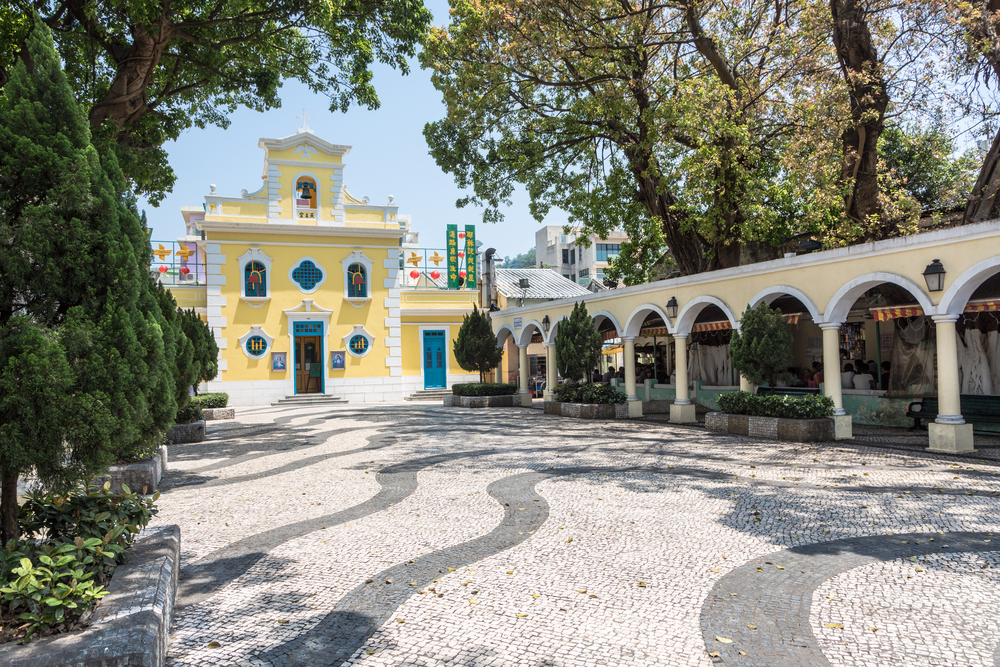 No matter which path you take in Coloane Village, you’ll no doubt end up in front of the Chapel of St Francis Xavier. Built in 1928, the pretty Baroque style, yellow and white chapel similar to other chapels in Macau, although much brighter in hue. Inside you’ll find a captivating portrait of the Virgin Mary in Chinese dress. The bright chapel is dedicated to St Francis Xavier, a missionary who devoted most of his life spreading Catholicism throughout Asia. 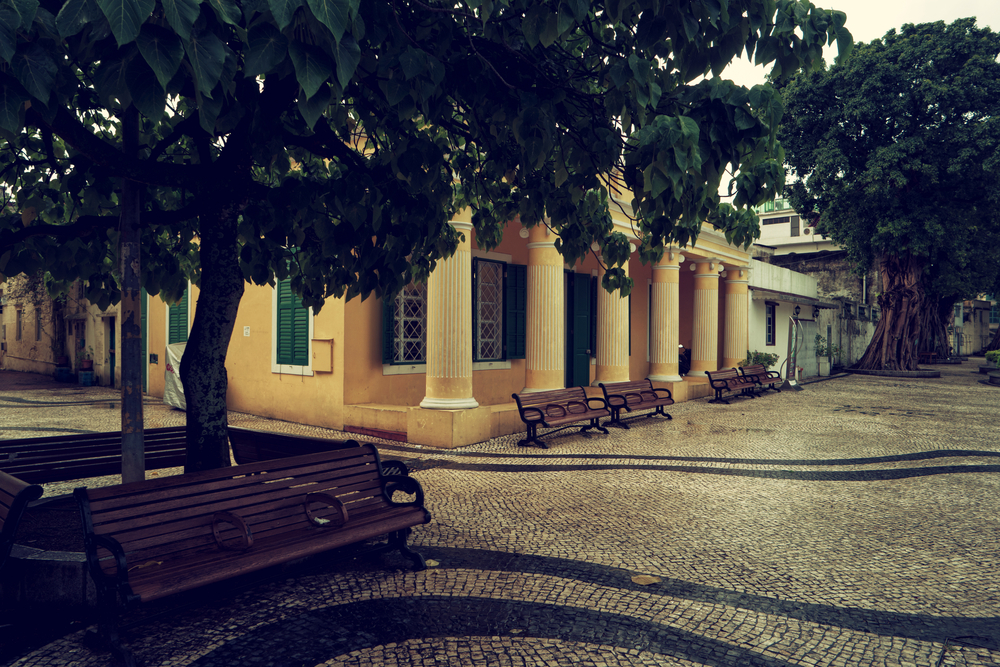 Take a break at the Coloane Library

There’s a contagious urge to relax and feel the quiet in most libraries, and Coloane’s Library is no different. Open from Monday to Saturday the old building has an atmosphere all its own and taking a moment to sit in its courtyard under the shade of the old trees is inspiring. 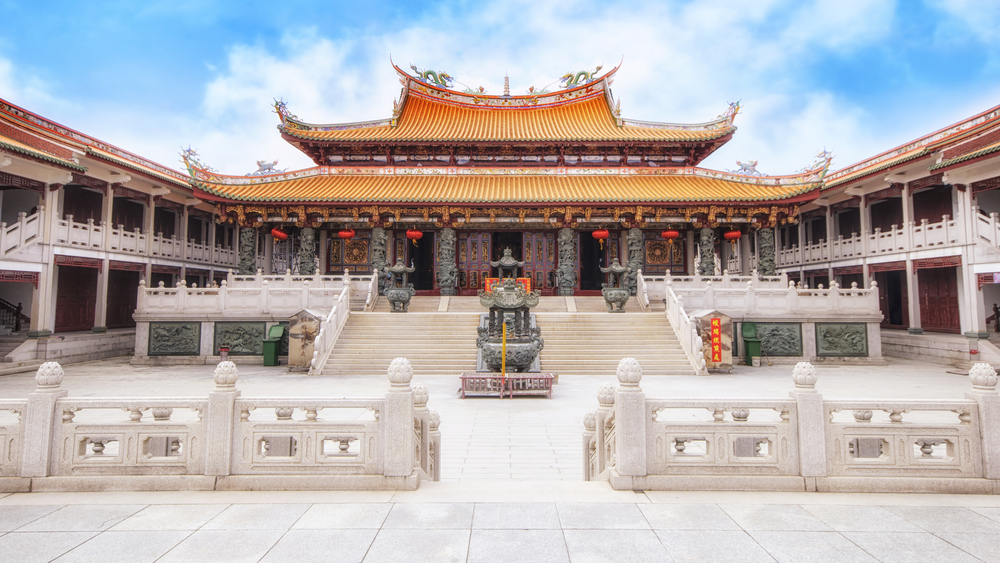 The Tin Hau temple is the ultimate in your Macau temple trail. There’s no absolute certainty as to its age, although it can be confirmed as being built prior to 1763. As with other temples located close to the sea, it’s decorated with a number of dragons depicting the great sea protector. Inside you’ll come across the Tin Hau statue at the center of the building – she’s one of the most respected sea goddesses and also the Empress of Heaven. Locals believe that she lived thousands of years ago to watch over sailors and fishermen. Don’t miss the three artistically painted, antique stone wine boats where worshipers pour wine offerings for safe sailing. 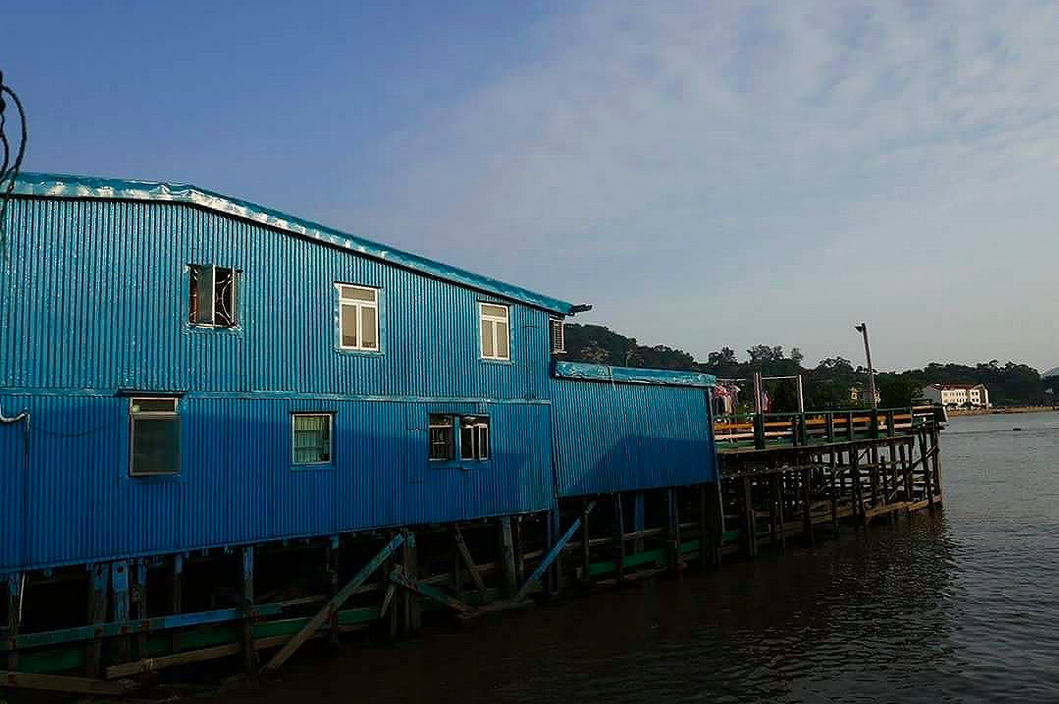 During the Portuguese era, Macau was an important trading harbour, as famous as Malacca. Coloane Pier, originally known as Salt Stove Bay, was a sea salt farm. Today, salted fish on sale around the pier appears to be the only legacy of those glorious days, leaving the pier a sleepy, yet atmospheric place to grab some Instagram snaps.

To find out more about Macau, go to Macau Govt Tourism Office.