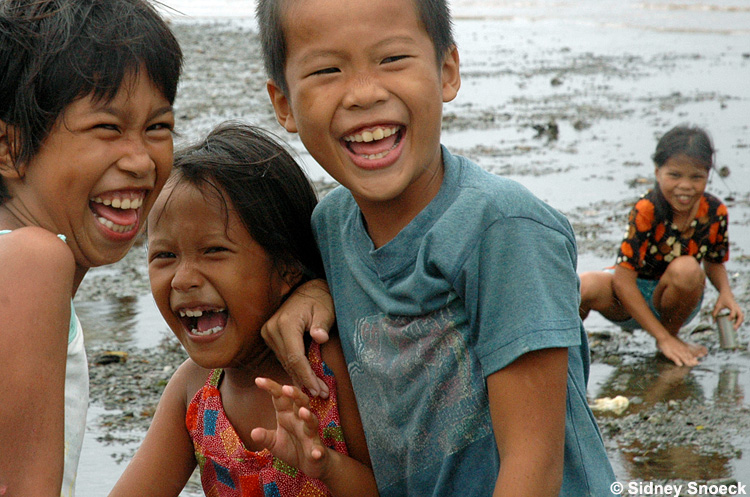 A Belgian photographer’s unique view of the Philippines

Sidney Snoeck grew up with all the ingredients to lead to a life soaked with wanderlust. Growing up in Belgium, his father was an adventurer who travelled the world, taking his young son with him on his journeys. “He is the one who taught me to be street smart,” said Snoeck. “When I was a teenager I started to travel on my own backpacking during my summer vacations.”

During his travels Snoeck was consumed by the photography bug, and also fell completely in love with the Philippines.

“It was at a time when cameras still used film and I eagerly recorded my travels. One summer I travelled to Japan and fell in love with Asia. Year after year I visited another country in Asia. I loved the kindness and the smiles of the people I met along the way and the Philippines was one of the last countries I visited,” he explained of what led him to spend the last fifteen years in the Philippines where he married, had a family and has become one of the country’s most prolific photographers.

After securing a business opportunity that ‘generates enough income to put bread on the table’ but still leaves him enough to pursue his love of travel and photography, Snoeck began his blog titled ‘My Sarisari Store‘ (a small convenience store stocking a little bit of everything) in 2004.

“That was my aim, to show people a bit of everything that the Philippines has to offer,” he said of his blog name. His site has attracted millions of page views and hosts thousands of images depicting an enormous variety of situations which capture the true spirit of the people, their traditions, fascinating festivals and daily life.

He made many friends through his blog as it became a very popular avenue for travellers and photographers to share their experiences. But Snoeck’s images resonate with something more than beautiful scenery, although these too he captures beautifully. His ability to translate local traditions and people through the lens is unique; his pictures alive with personality and stories.

“There is always a fiesta going on somewhere. Most fiestas are religious in origin and are organized in honour of the patron Saint of the city or village. One of the most amazing and potentially hazardous festivals is the ‘Feast of the Black Nazarene‘, which is held in Manila every year on January 9. Millions of people attend this religious event where the Black Nazarene is carried around the street of Quiapo (Manila),” said Snoeck.

“Another, the MassKara festival in Bacolod City, where different dance groups adorned in beautiful masks dance in the streets of the city. In Lucban during the Pahiyas festival the houses are decorated with fruits and vegetables. All these fiestas show that the Philippines is a very religious country, but at the same time that Filipinos love to party and dance.”

His photography has evolved into a kind of ‘documentary photography’, as he puts it. Indeed documenting the real faces and sights of the country and its people, is a far more suitable description of his images

“I noticed that many Filipinos started their own blogs with topics focussed on travel, food, fashion, gossip and fiestas, so I decided to tackle lesser known topics. I did extensive photo essays about gang, religious tattoos and tribal tattoos. I documented several religious groups and sects and their religious practices.”

“I went to the island of Siquior to document sorcerers and healers, to Mindanao to document horse fights and to Masbate to cover rodeos. Lately my photography morphed again into more social documentary work. For the past three years I’ve been a volunteer photographer with Project PEARLS, an NGO helping the poorest of the poor children in the slums of Tondo.”

His photography has led him to meet some amazing people he says, including one man who believed he was God, mystics and exorcists, people who get crucified at Easter, and some who believed they were possessed by Rizal, a national hero of the Philippines.

Hand painting a billboard for the movie ‘Nightmare on Elm Street’

Life along the railway tracks

“Street culture in this country is totally different from others. First people love to be photographed and secondly, social life often happens in the street. It is perfectly normal to see someone who washes himself outside his house or preparing a meal in the street. People literally sleep, eat and live in the streets,” he said of the many natural and expressive people photographs he captures. “Streets here are full of life and arouses all your senses with colour, odour and noise.”

“What I really enjoy is the fact that whenever I walk in the streets I get a lot of smiles. People like to joke and enjoy a conversation with perfect strangers like me. Often I am invited by street kids to play a basketball game or have a drink with people I meet along the way,” he added.

So what’s the best way to experience the Philippines, its people and culture? Snoeck says travel like a local and get amongst it!

“Use the public transport, be open, smile a lot and enjoy the ride. The Philippines is a country full of contrasts, from big city centres to remote villages, from slums to gated villages where the rich and the famous live. From huge malls to small sarisari stores, from hostels to luxurious beach resorts. If you are a diver, the Philippines is a must. We have the best dive sites in the world. What you will probably remember most from your travel in the country is the kindness and the hospitality of its people.”

See more of Sidney Snoeck’s incredible images at My Sarisari Store and find all your domestic flights in the Philippines here.