All passengers, please turn off your electrical devices and be upstanding for the duration of your flight. This week the concept of installing bicycle-like seats on aircraft is flying full speed around the travel trade world. The concept is not a new one having been floated in 2010 by Ryanair and briefly considered at the same time by Tiger Airways, but the bicycle seat design has now been filed for patent by Airbus. When Ryanair put forward the idea of vertical seating, an Italian design firm, Aviointeriors, created the Skyrider seat modelled on a horse saddle. Their reasoning was that a rider can comfortably remain in a saddle for up to eight hours a day, so a flight under three hours in duration would be a breeze. The Skyrider has a little more to it than Airbus’ bicycle seats, with a longer seat-back, fold-down tray, but you may walk a little bow-legged to the luggage carousel. 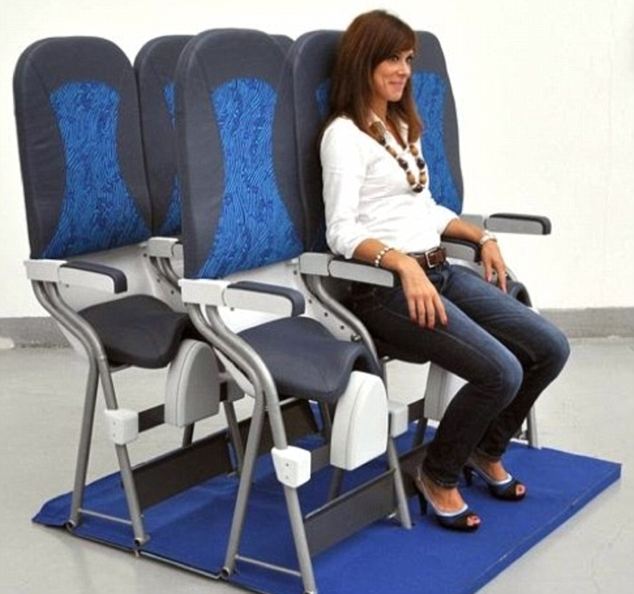 Whether you end up being perched on a vertical seat or not, there’s no doubt that airlines would think this model extremely attractive to their bottom line (pun intended). With 20 per cent more passengers per flight and up to 44 per cent reduction in airfares, it remains to be seen which brave airline might be the first to trial on a short-haul route. There’s still many safety regulations that would require to be met before officials gave the go ahead, and for the moment they appear very sceptical. But don’t be surprised if you’re offered a standing room only ‘seat’ in the near future.

Do you think it will take off?

We can’t help now lament the glory days of aviation and will leave you with this image.