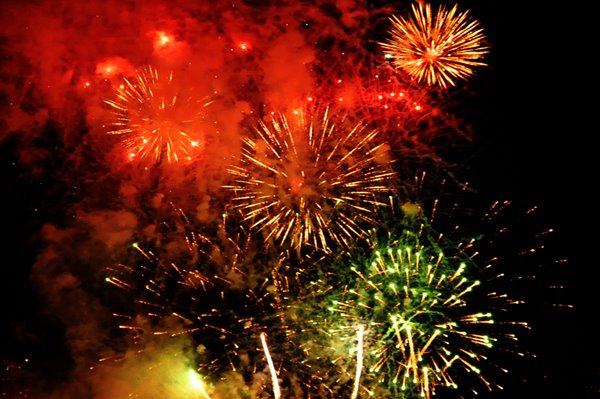 It’s that time of the year when India lights up across all its 29 states. As the sub-continent invites the cool winter breeze, streets and communities everywhere gear up to celebrate the many approaching festivals of the season. In the coming months India sparkles in colour, light and tinsel as the year moves towards it’s end. It’s a great time to visit India and absorb a very special festive spirit. 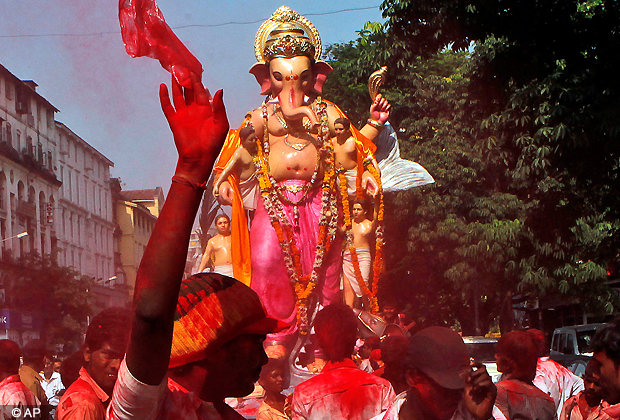 Beginning in September with the spectacular eleven day Ganesh Chaturthi festival, which celebrates the birth of the beloved Hindu elephant-head god, Lord Ganesha. Large, elaborately crafted statutes of Lord Ganesha are brought into homes and installed at local community podiums, which have been specially constructed and beautifully decorated. When the festival concludes the statues are paraded through the streets, accompanied by a great deal of singing and dancing, and then submerged in the ocean, signifying the return of the Lord to his home.

When: Ganesh Chaturthi takes place on September 9, celebrated over 10 days, with the immersion taking place on the final day of the festival. Mumbai is a great city to enjoy celebrations. 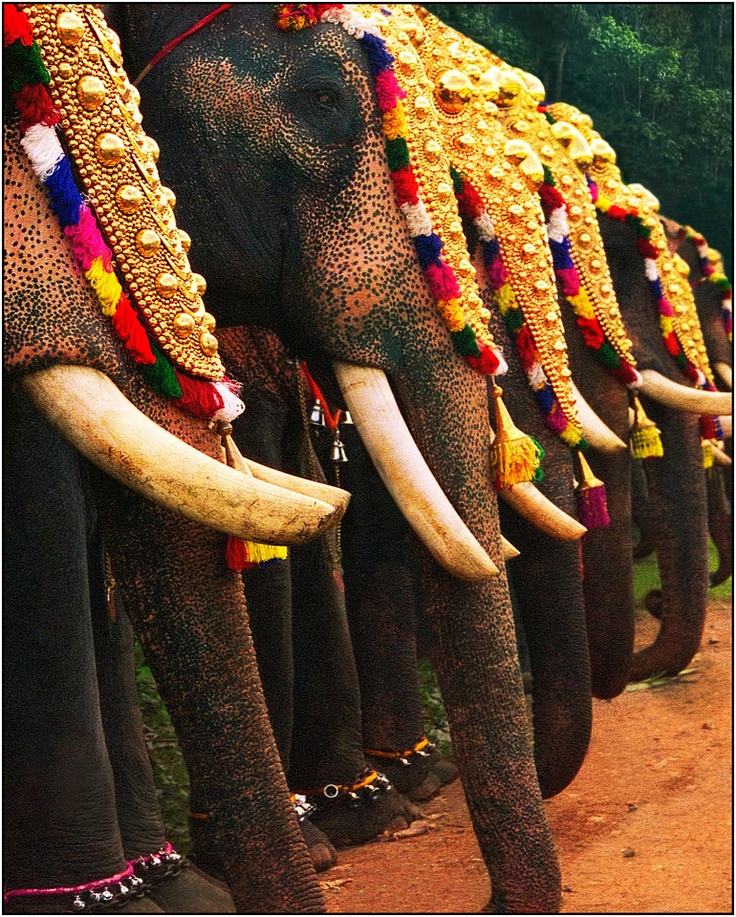 Elephants decorated for the Onam parade

Onam is a traditional ten-day Hindu harvest festival celebrated by the people of Kerala to mark the homecoming of the mythical King Mahabali.  People dress in new clothes and decorate the ground in front of their houses with flowers and seeds arranged in beautiful patterns to welcome the King. Every house cooks a homemade feast of traditional delicacies that are served on plantain leaves. Other cultural festivities include parades of ornately dressed elephants, fireworks, Kathakali dance performances and snake boat races.

When:   Onam is on Monday, September 16 and Kerala celebrates in style. 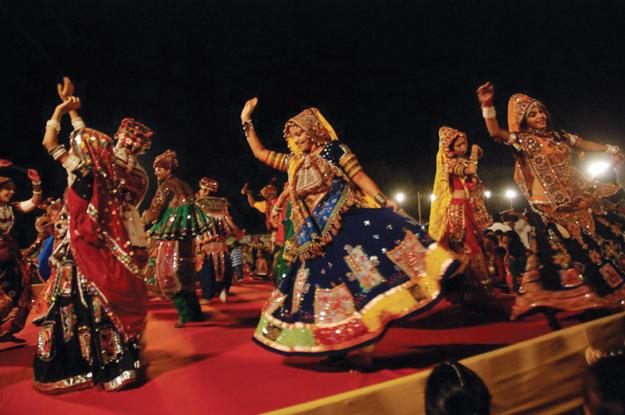 Navratri, in Sanskrit means ‘nine nights’, and is a festival to worship Goddess Durga and her nine manifestations. One of the most auspicious occasions of the Hindu community, the festivities are filled with dance in honour of the Mother Goddess. The tenth day, ‘Dussehra’, is devoted to celebrating the victory of the revered Goddess Durga over the evil demon Mahishasura. It also coincides with the defeat of the demon king Ravana by Lord Rama.

When: Navaratri begins on October 5 and ends on October 13 and is celebrated with great zeal in the western states of Gujarat, Maharashtra and Karnataka, and in the north – Bihar, West Bengal, Madhya Pradesh and the northern state of Punjab. 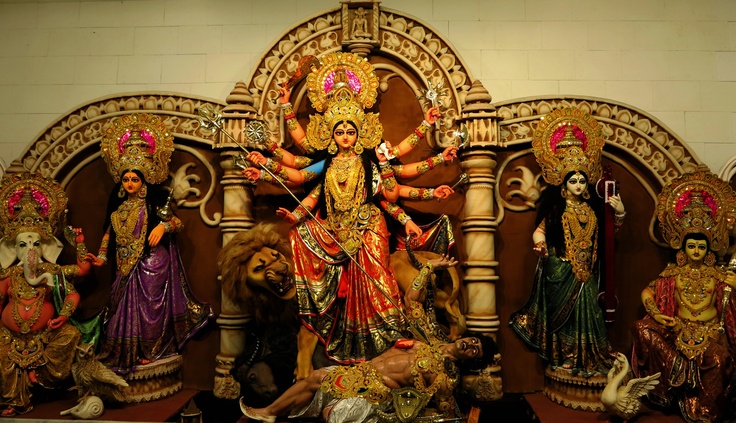 Idols of Mother Durga with her children in Kolkata

In eastern India, the festival of Navaratri is observed as Durga Puja. The nine days signify the homecoming of mother Durga along with her children Ganesh, Lakshmi, Saraswati and Karthikeya. Huge statues of the Goddess are constructed, elaborately decorated and then housed all over the city in ornately created pandaals (a home for the goddess). People dress in new clothes and set out to visit these various pandaal decorations. The streets are filled with food carts serving snacks, sweets and spices. The festival is an extremely social and theatrical event, with local artists hosting dance, drama and music performances. On the final day the Goddess is immersed in the water.

When: Durga Puja takes place from October 9-13. Immersion is on October 14, 2013, experience it in Kolkata 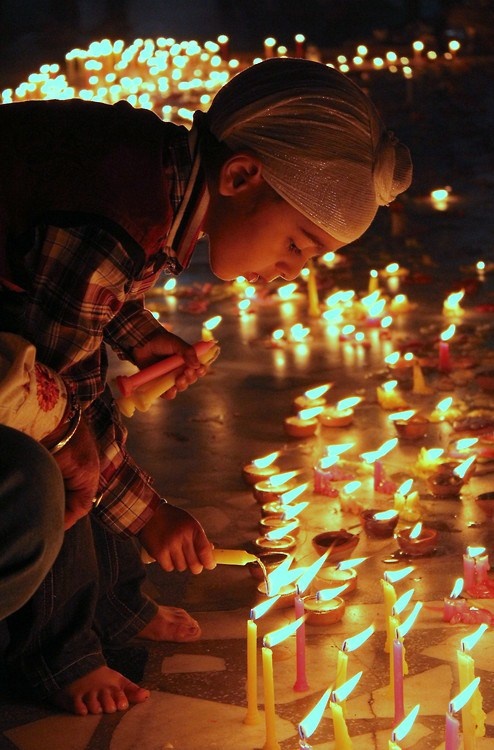 Boy lighting candles in his house

Signifying the start of the Hindu New Year, the five day festival of Diwali is also well-known as the ‘Festival of Lights’, with the light signifying the victory of good over evil. People illuminate their homes with oil lamps to celebrate the victory of Lord Rama (signifying good) over the demon Ravana(signifying evil). This may be India’s most visually appealing festival. The skies are filled with fireworks and there is a general atmosphere of warmth and happiness in the air. People dress in new clothes and visit each other’s homes with boxes of sweets and savouries.

When: Diwali starts with Dhanteras on November 1.  The main festivities take place on the third day (November 3), while the fourth day is celebrated as New Year’s Day.