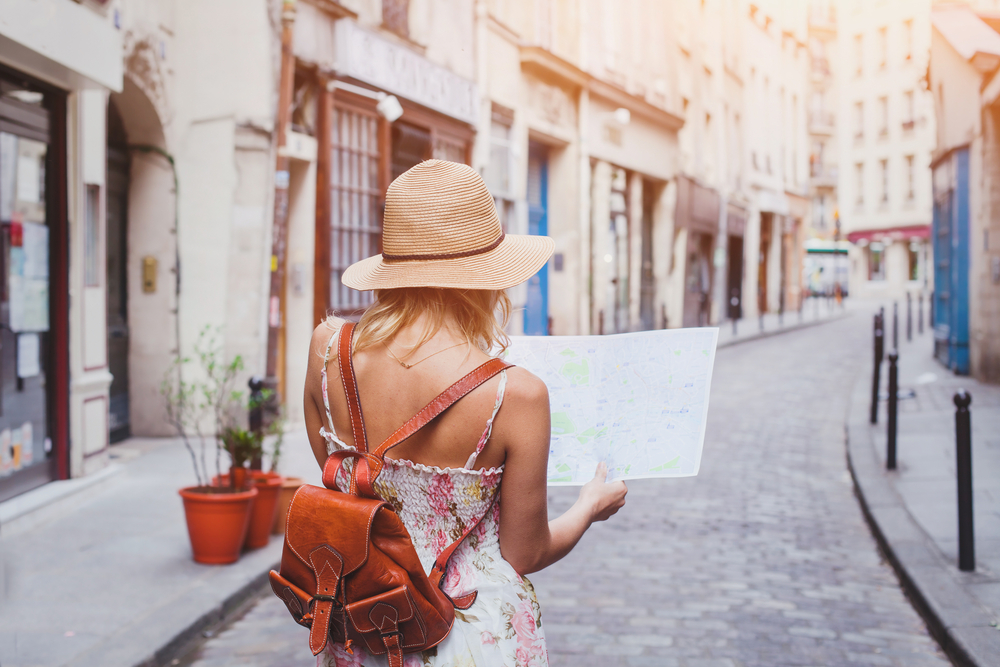 For every tourist, historical attractions are a must-see whenever they travel into a new country. These attractions not only showcase early architectural wonders that withstood the test of time, some of them are living reminders of events that rocked the world.

Every country has several historical locations it is proud of; but, nothing says history than the historical sites located in Europe.

Europe is home to some of the world’s oldest countries, with some tracing back their history at least a thousand years or more. The continent became the hub of many empires, most of whom shaped Europe’s current borders and even nations outside its borders, like the United States and Asia.

While the continent has kept up with the times and now one of the world’s developed nations, the region has not forgotten its history and has preserved a majority of its many historical landmarks.

Considering the continent’s diverse and long history, which historical location in Europe should you definitely visit in your lifetime?

Here is our list of the top 10 must-visit historical locations in Europe you definitely shouldn’t miss in your trip in the continent. 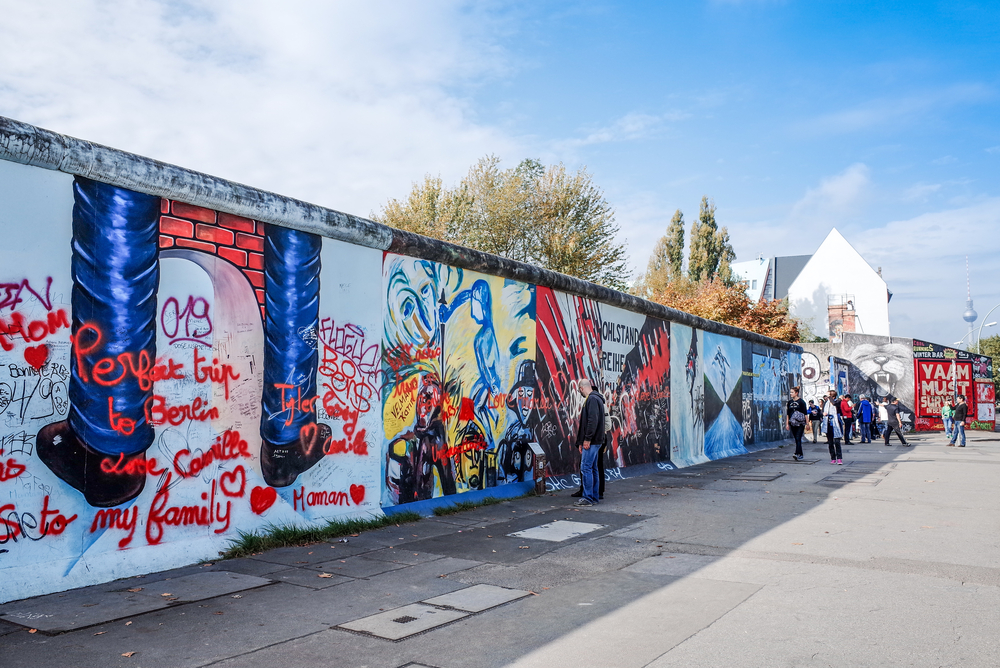 After the Second World War in 1945, Germany was torn apart when the Soviet Union tried to assert its control in the Eastern part of the country in a bid to weaken the control of the Allied powers over the rest of the capital.

The Berlin Wall was its attempt to ensure they had full control over East Germany and prevent travel to the West. Construction of the wall began in 1961 and completed during 1980. Once it was done, the design of the wall disabled people from going over the walls illegally and those who tried to defect were killed upon sight.

Now it is an open-air gallery with artists commissioned to paint the remaining section of the wall. Interesting graffiti combined with fragments of the wall is a must-see for history fans.

For more on Germany, you can go to www.germany.travel. 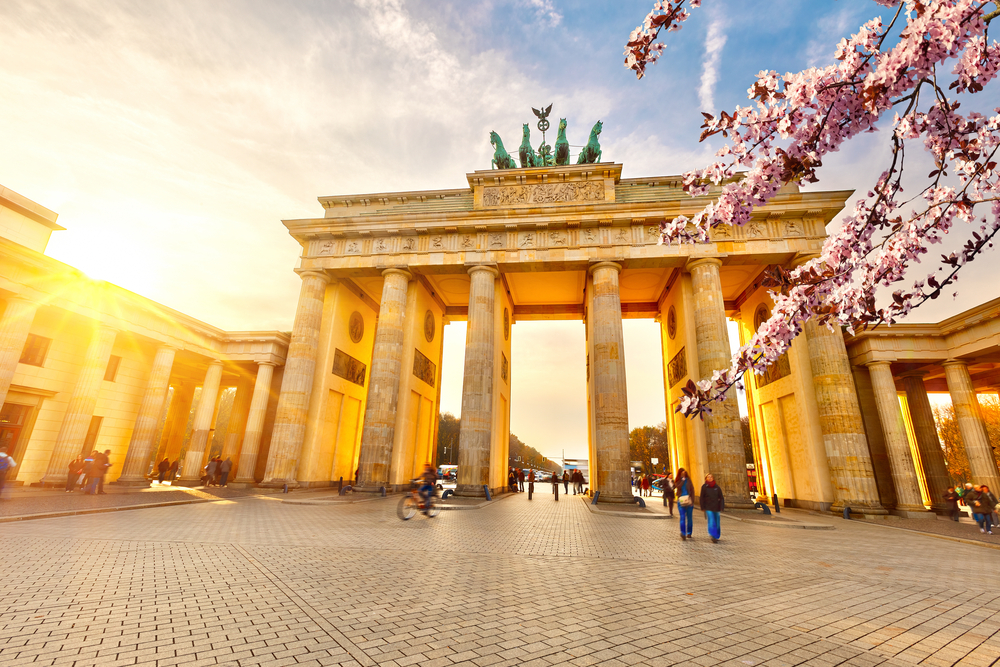 The Brandenburg Gate is one of Germany’s top landmarks and it was created during the 18th century after Berlin experienced peace during the early years of the Batavian Revolution.

The neoclassical gate was based from the Propylaea, Acropolis’ major gateway and was part of architect Carl Gotthard Langhans’ Athens on the River Spree. It had twelve Doric columns which were properly spaced to enable easy passage and on top of it is Johann Gottfried Schadow’s sculpture of a Quadriga. Originally, it wasn’t known as the Brandenburg Gate but as the Peace Gate or Friedenstor.

Because of its peace and unity theme, the gate became a huge part of German history, especially during the reunification of Germany and the destruction of the Berlin Wall in 1990. Even if you are transiting over in Berlin on a flight, this is one venue you must drop by. 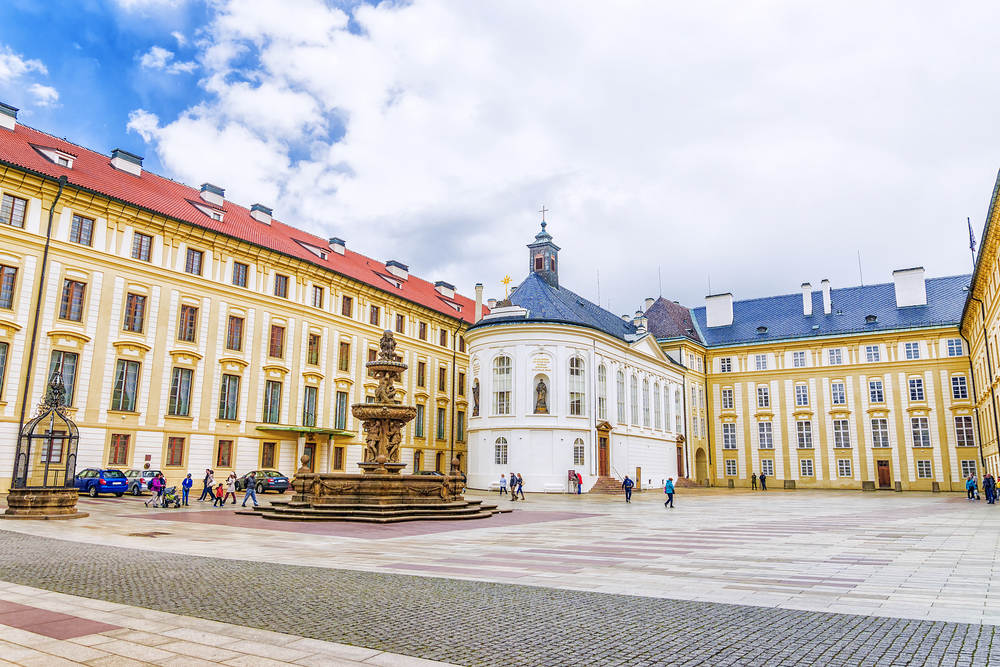 Contrary to popular belief, the residences of kings, queens and their families were not in the main castle or palace building for security reasons. They were living in another part of the palace complex to ensure assassins and other threats do not reach them.

The Old Royal Palace in Prague was the original residence of the Czech royal family during the 9th to 10th century. The original building was made from wood, but during the 12th century, a larger stone Romanesque palace was built on the site and was later enlarged to include new areas – like the All Saints’ Chapel – under the discretion of Charles IV and Wenceslas IV. However, the palace was completely deserted throughout the 15th century and it was only in 1483 did the final construction in the palace took place, adding the Gothic-style Vladislav Hall. Although the palace got struck by fire in 1541, reconstruction of the damaged areas immediately took place. 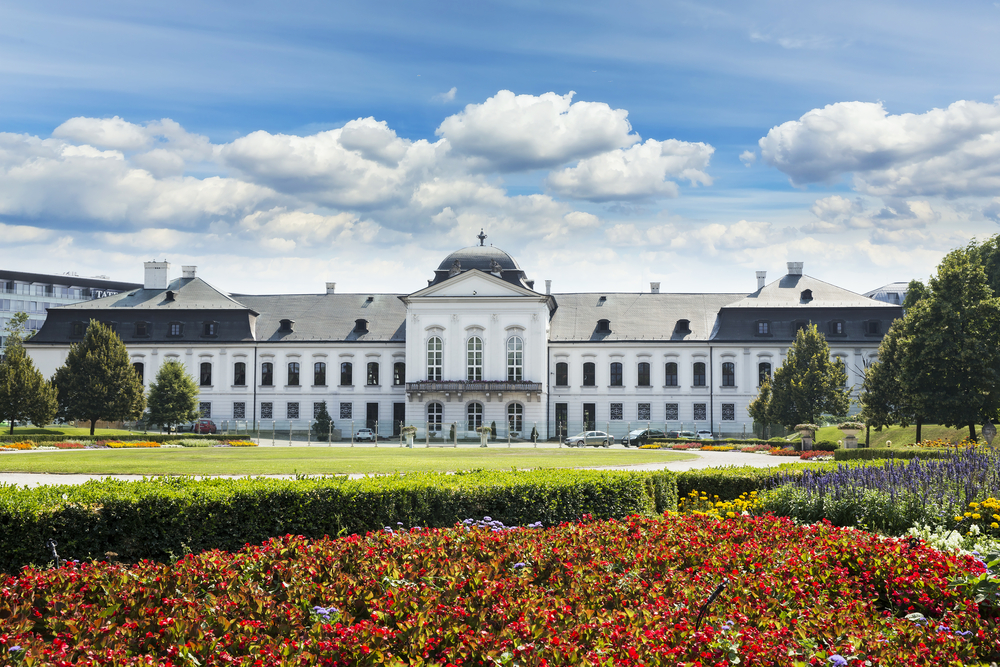 If you head on to Slovakia in your next Europe trip, you should take a photo in front of the Grassalkovich Palace.

Originally made for a Croatian aristocrat, the summer palace played a key role in the growth of Baroque music in Bratislava during the 1800s. One of the most notable musicians who played in this palace include Joseph Haydn, who introduced some of his masterpieces before the Habsburg court. However, the ownership of the palace soon transferred to the Slovak government during 1939-1945 and then to the Council of Commissioners after 1945, who turned it into an activity center for children.

When Communism declined in the 1990s, restoration efforts began to remove the damages caused by its previous occupants. Once it was finished in 1996, the palace became the official residence of the Slovak president and its gardens are now a public park for all to enjoy. 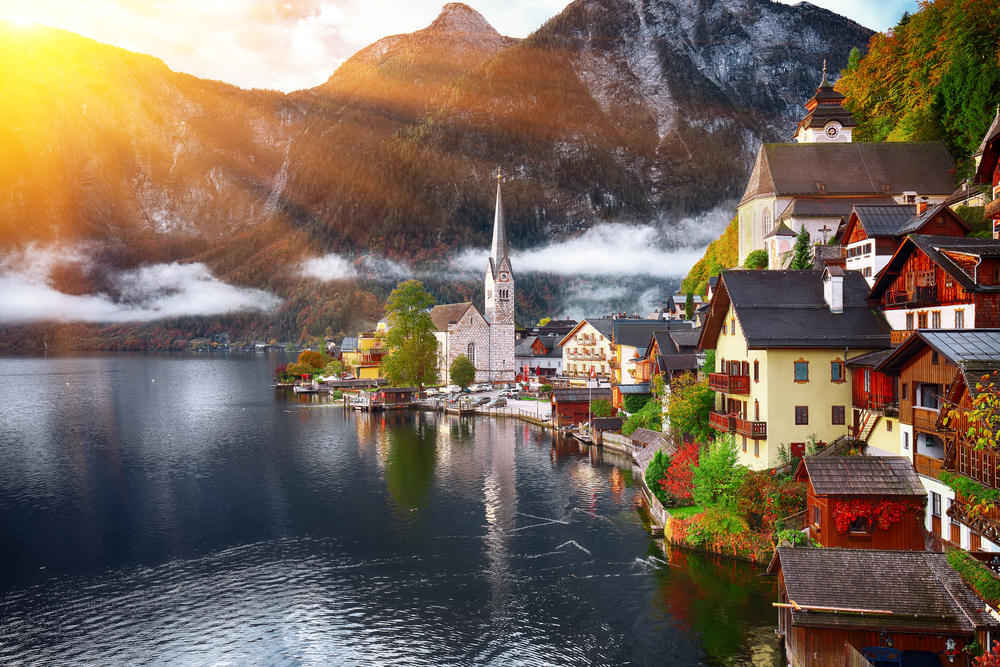 If you wish to see what it was like during the Early Iron Age – or during 800 to 450 BC – you should visit the village of Hallstatt in Austria.

According to historians, a small community used to live in the area to work in its massive salt mines during the Neolithic Period. It is also said that the village is the home to the “world’s oldest pipeline”, which was used to assist in exhuming bones for easier burial.

Today, the preserved village is included in the Dachstein/Salzkammergut Cultural Landscape, one of Austria’s World Heritage Sites, and is the home to the Hallstatt Museum, a special museum which features the recovered pieces from the Iron Age and the Hallstatt culture. 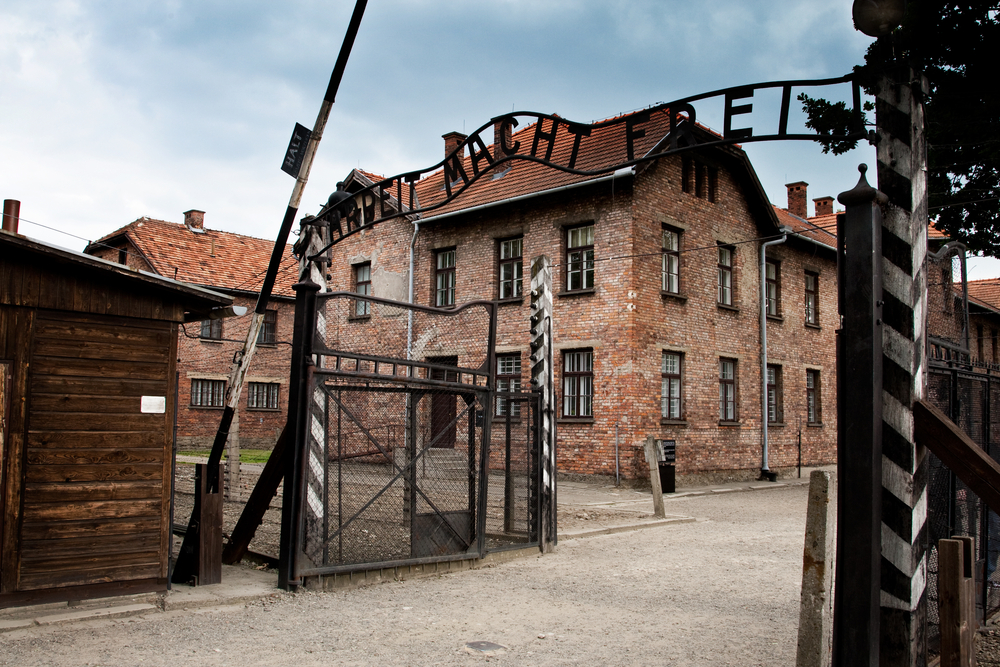 The concentration camp is considered as the largest site in its existence to be used for mass murder during the Nazi period, killing more than 1.3 million Jews alone during its operations. The camp was created in 1940 and was the base of the Nazis until November 1944 before Germany was defeated. Aside from the mass murder of Jews and prisoners of war, the camp also became a horrific laboratory where prisoners were illegally experimented on by Nazi doctors.

Since it was liberated, the camp now hosts the Auschwitz museum, where the items of these victims are displayed, and some parts of the camp can be visited. 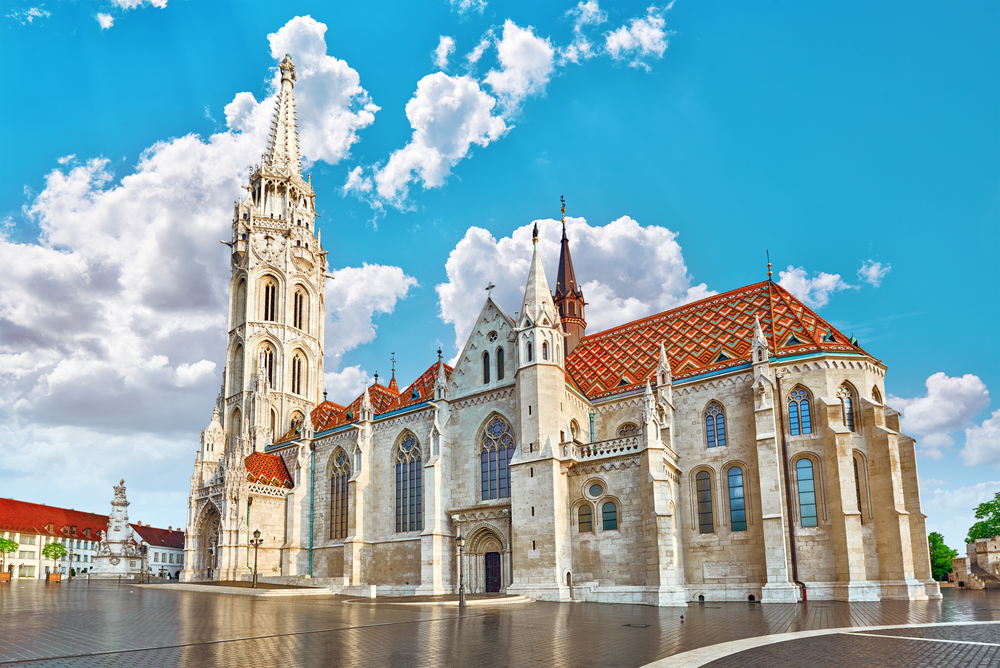 While visiting Buda Castle in Budapest, it is important to visit the Matthias Church.

This Neo-Gothic church built in the Middle Ages was used in the past as the coronation church for many Hungarian kings for several centuries before the Ottoman Turks used it as a mosque for 150 years. The current church structure was constructed between 1873 to 1896 under the eye of Frigyes Schulek.

Today, the church is not just used for religious events, but also for cultural events like the monthly concerts by the Hungarian Virtuosi Chamber Orchestra. 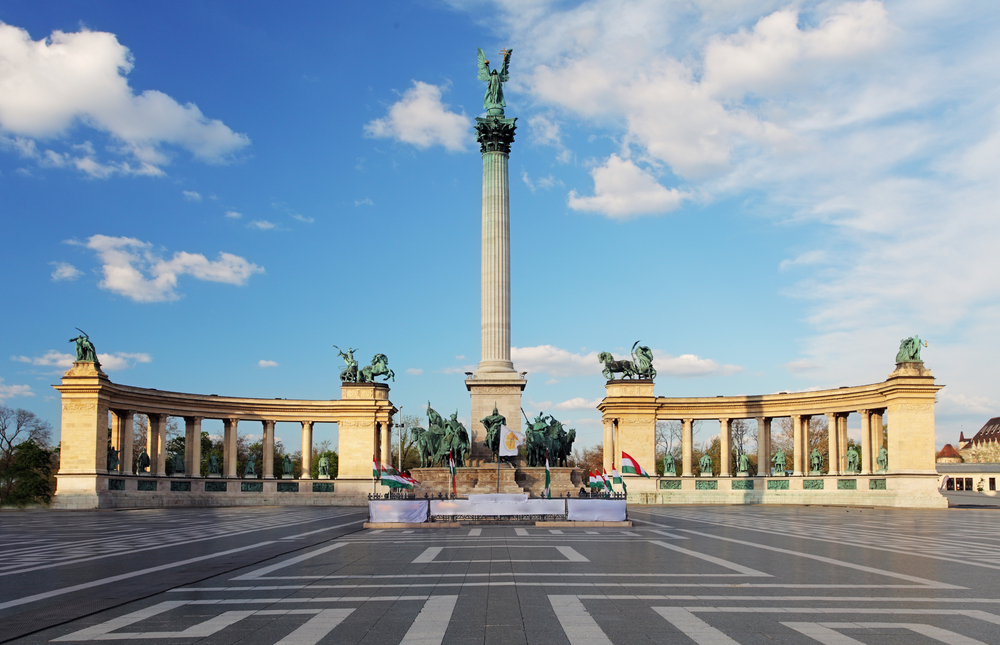 Birthdays need to be commemorated in a special way, and for Hungary’s 1000th anniversary, they created Heroes’ Square.

The square was built in 1896 and is one of the largest squares in the country. It features the Millennium Monument, a monument which reflects the history of the Magyars for the past 1000 years. Archangel Gabriel and the seven chieftains of the country’s Magyar tribes also have statues included in the monument, as well as the statues of Hungary’s most important historical figures and monarchs. 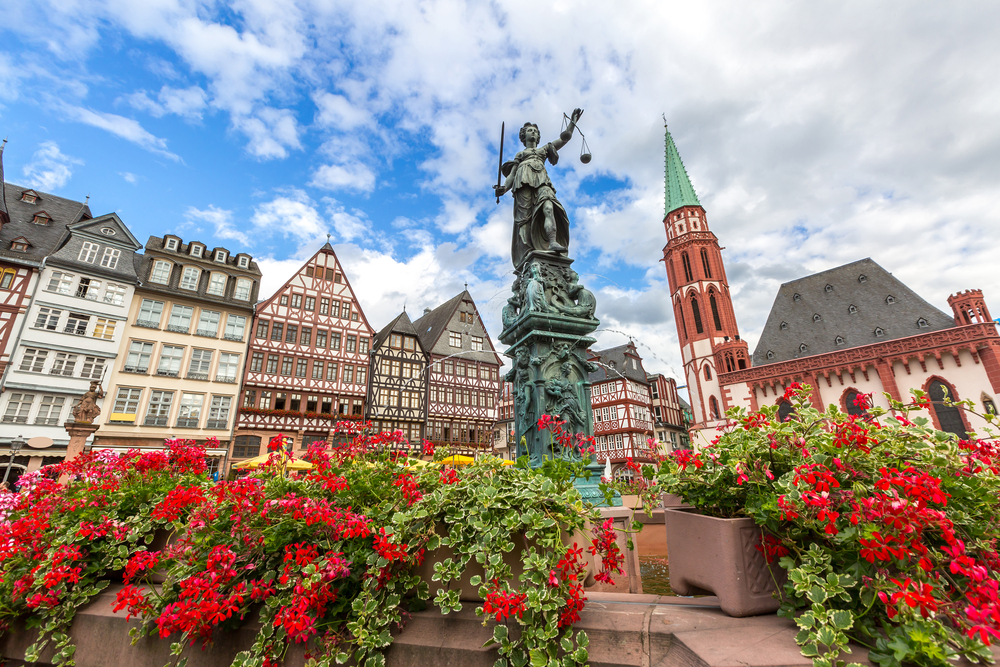 While you are in Frankfurt, you may have noticed a uniquely shaped building close to the Old St. Nicholas Church. The building in question is the Romer or Haus Romer.

The Romer was originally owned by a rich merchant family living in the city before it was sold on March 11, 1405 to become the city’s city hall. The building reflects several elements from the city’s history, including the four Kaisers who recognized Frankfurt in several ways. Several elements were added to the building throughout the years, but a majority of the rooms retained its original design even at the present time.

There are plenty of beautiful hotels that is walking distance to Romer that you can choose from. This will allow you to explore Romer in detail and in your own time. 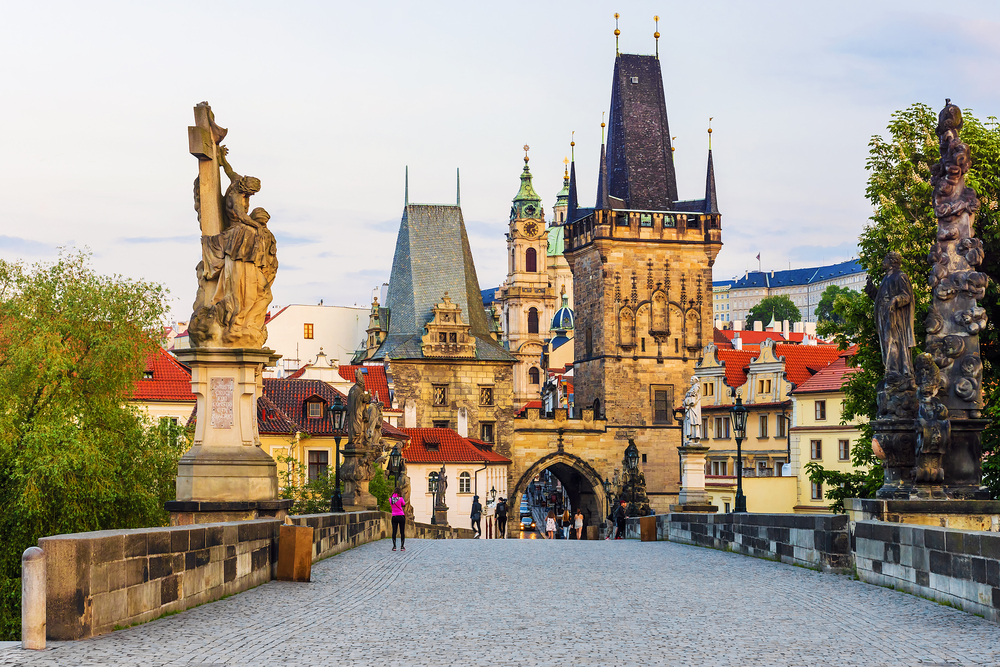 To complete the list of the top 10 historical locations you should visit in your lifetime, you should take a gander into Prague Castle.

Prague Castle is the Czech Republic’s most iconic monument and currently noted as the world’s largest castle complex. The buildings reflect various styles – from Romanesque to Gothic – and has constantly been renovated and repaired in the past few decades. The Castle is open to the public and each part showcases a different part of Czech history, which many visitors would enjoy.

Whenever you go to new countries to explore, do not skip the historical attractions even if you are not a history fan, you will find these locations amazing given the meaningful stories behind them. These attractions are an important part of the country’s history and respecting these locations would show locals that you respect their heritage as well.

So, when you come to Europe, make it a point to come and learn for yourself how these locations shook the country in its own way.

Have we perked your interest in Europe exploration? Come down to the NATAS Travel Fair from 17 August to 19 August to find out more on our Europe packages.