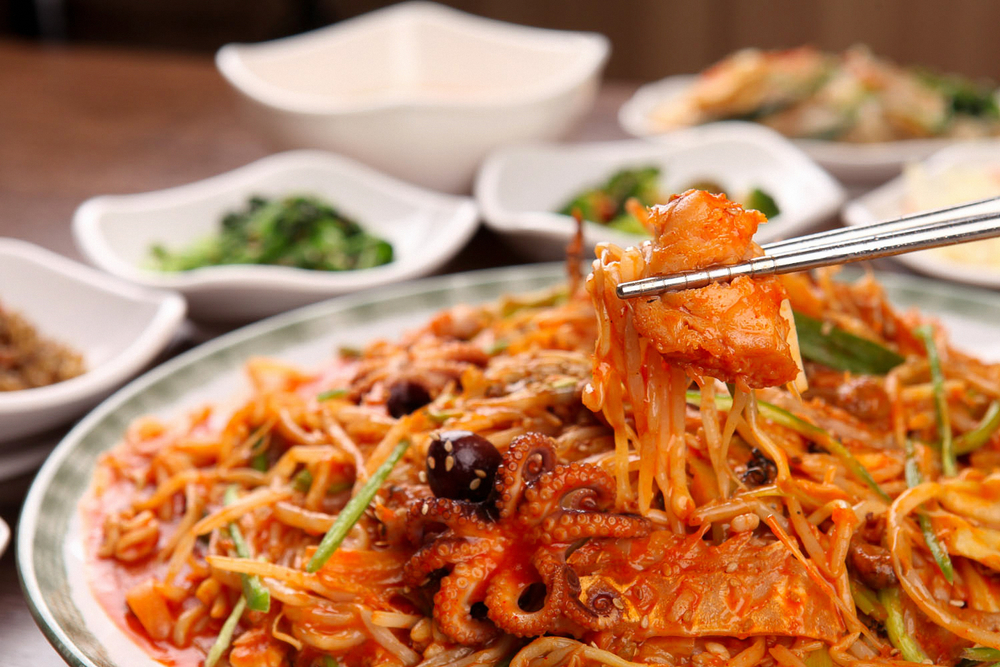 From mouthwatering Samgyeopsal to squirmish Sannakji, if you’re a fan of the Korean food, you’re likely already well-acquainted with a whole spectrum of Korean dishes. Most popular Korean restaurants and franchises all around the world offer authentic dishes to satisfy K-food cravings.

Some dishes, however, have not left Korea’s shores. Some of these culinary eccentricities look and taste so good, you’ll wonder why they haven’t found any fans overseas; others are an assault on the senses, best left to the locals who’ve an acquired taste. Here are some Korean food you’ll only find when you’re in Korea! 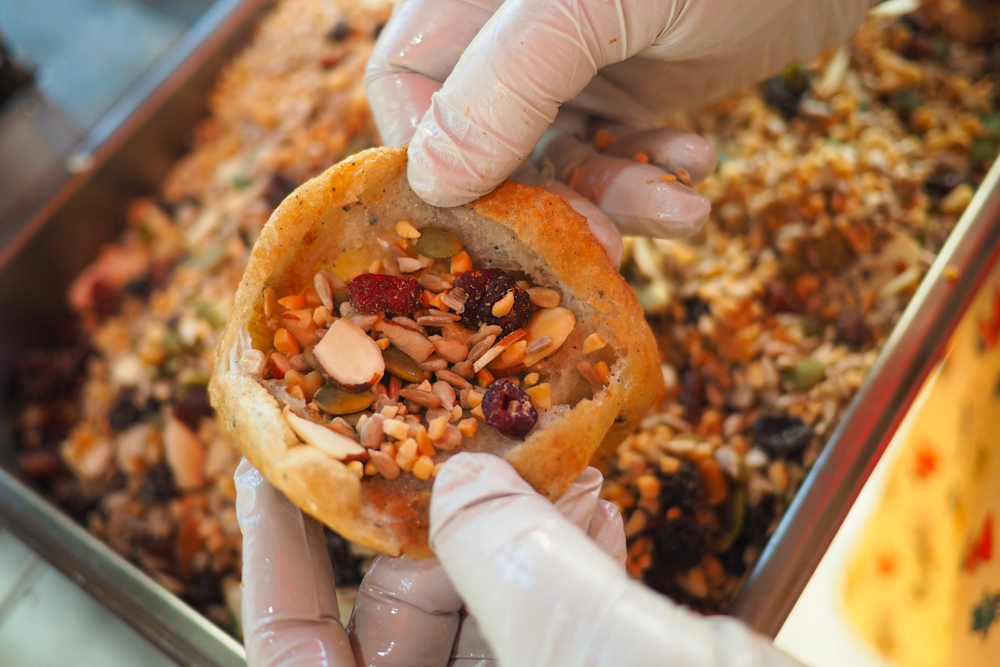 Often mispronounced as “hotdog” by unassuming foreigners, these deep-fried treats are filled with sugary goodness and served crisp and hot. Certain versions of hotteok use glutinous rice or honey; others throw in a crunchy mix of sunflower seeds, crushed peanuts, pine nuts and pumpkin seeds. 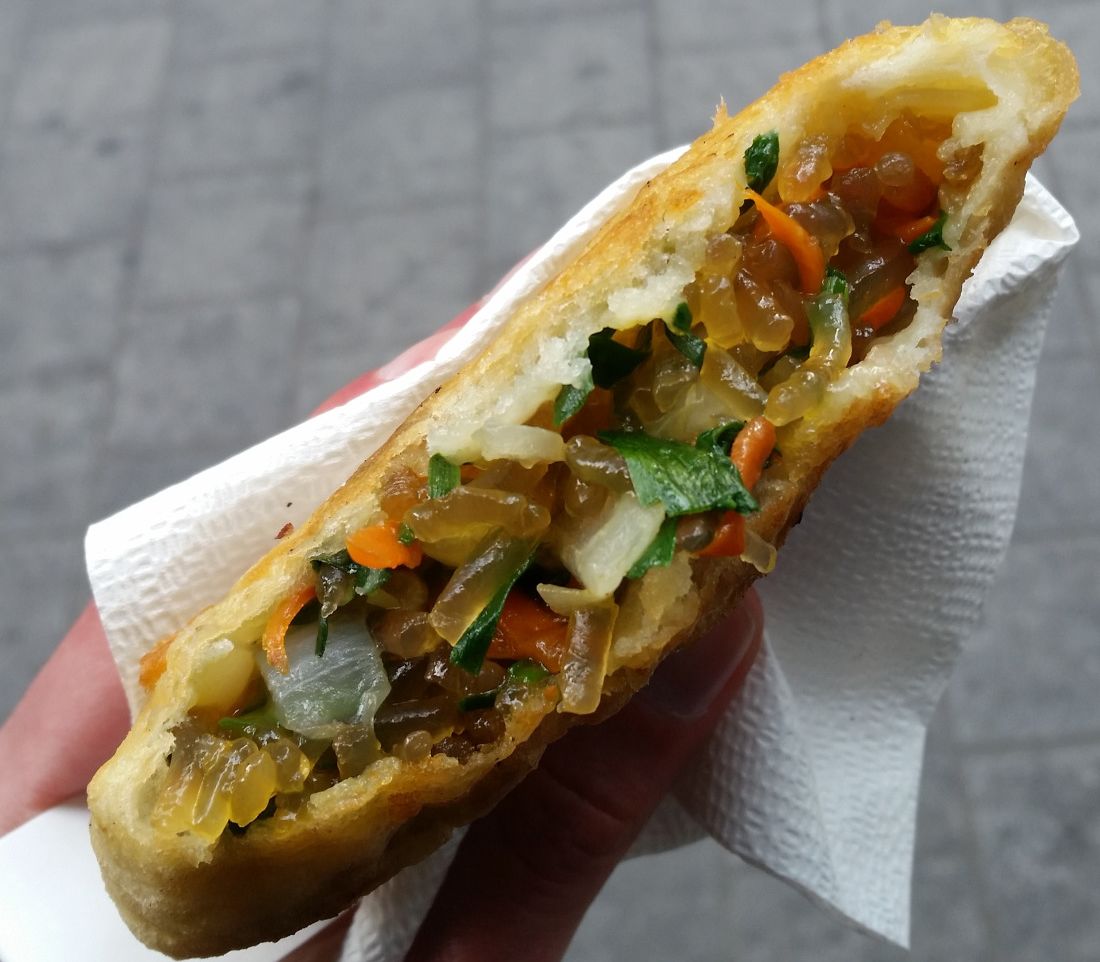 Most hotteok you’ll come across are the sweet, sugary type, although a savoury version packed with vegetables and sweet potato noodles can sometimes be found in traditional markets. While the modern hotteok is deep-fried, the “yet-nal” or “old” version of the hotteok is prepared without oil (which gives it a sort of water-thin texture instead). 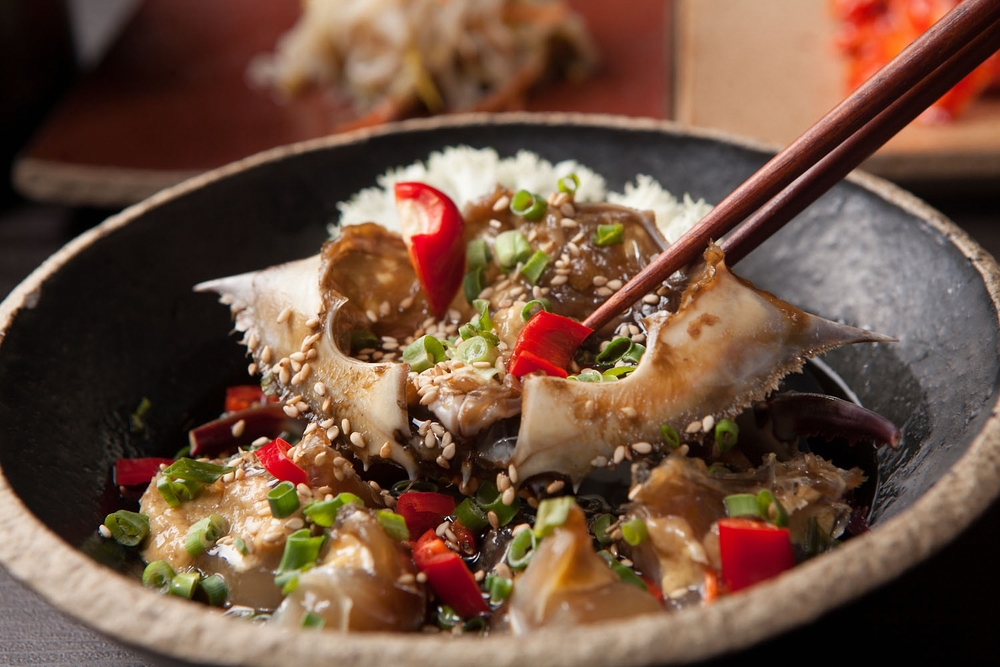 Korean cuisine can get really intense with flavours, and Ganjang gejang is a no-holds-barred umami-tsunami on the tastebuds. Made with crabs fermented with a mixture of Kanjang (Korean soya sauce), sesame oil, sugar, scallions, minced garlic, ginger and gochu (korean peppers), this dish is so rich in taste that some versions have even been nicknamed “rice thief” because of how much the taste whets your appetite. 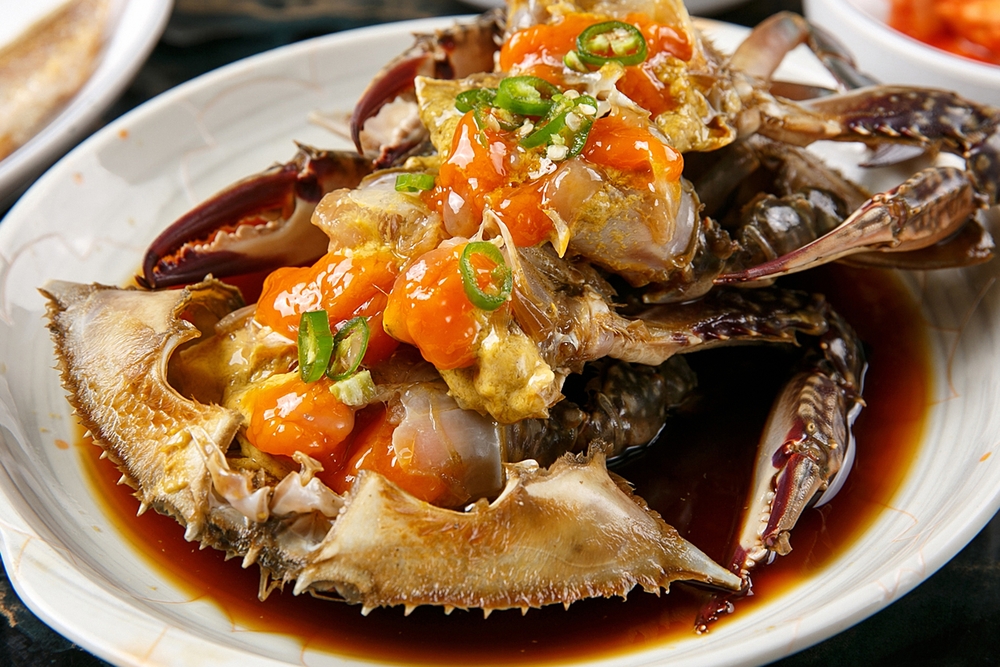 Different provinces across South Korea serve their own versions of the dish. While the general taste is about the same, one can expect different crabs to be used. Koreans young and old all swear by it, but foreigners reportedly shy away due to its tendency to be overtly salty. 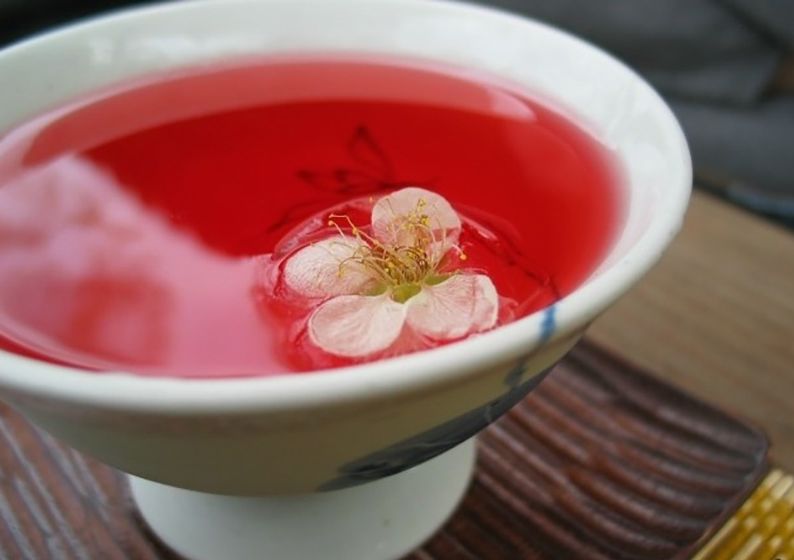 Made from the magnolia or schizandra berry, omija-cha is renowned for its five distinct flavours – sweet, sour, bitter, salty and pungent. This reddish-pink tea is a fun exercise for the tastebuds, and is often used as a medicinal herb in traditional Korean remedies to not only boost bodily immunity, but also beautify skin. 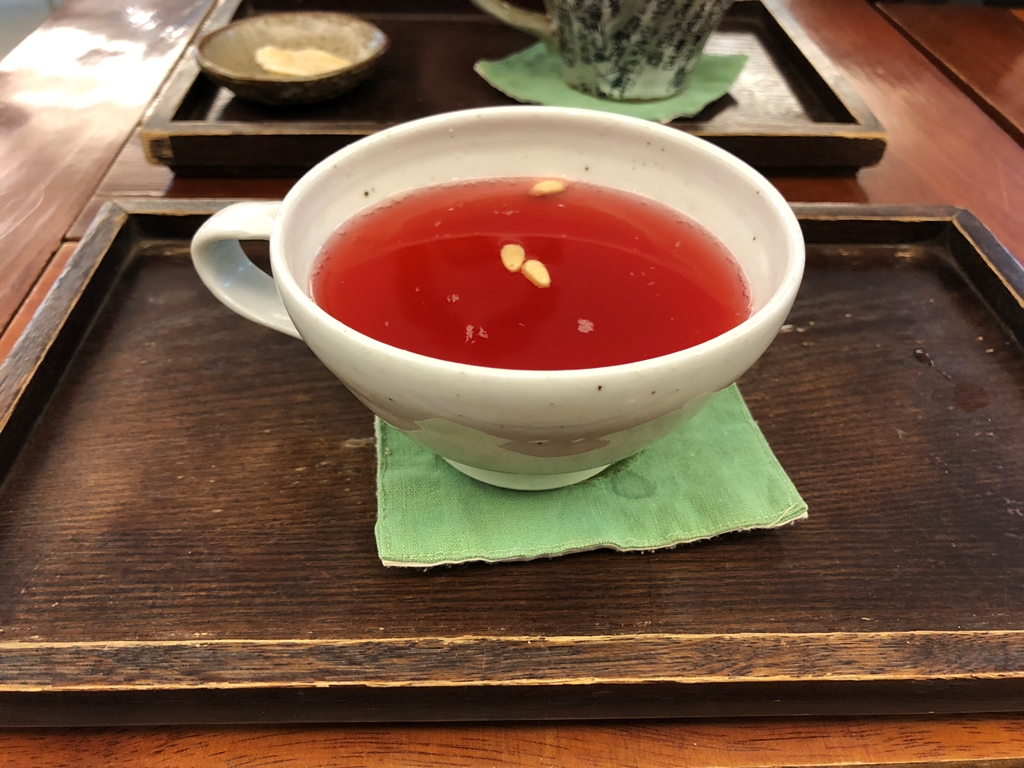 Want to fully appreciate the five flavours of omija-cha? Hold the tea in your mouth momentarily before gulping the drink down to experience a gradual transition of flavours. Just don’t make it look like you’re gargling in public. 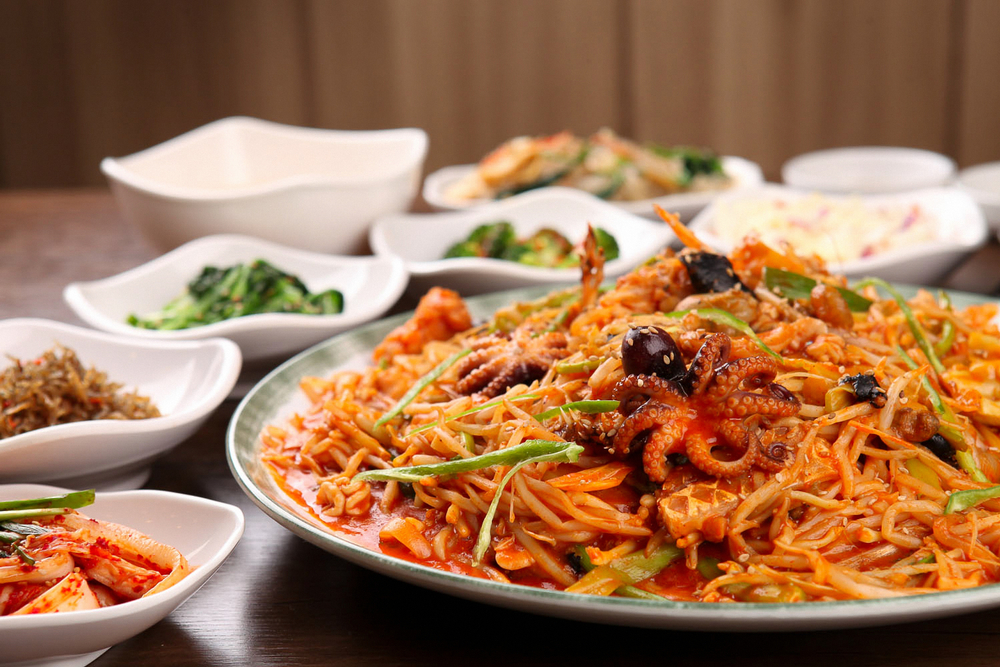 Do not be fooled by this dish’s otherwise cutesy name. Made from the blackmouth angler, Agu-jjim is a dish that sprang from the good virtues of early fishermen. Usually discarded in the past due to their ugly appearance, blackmouth anglers have since found immense popularity as a stew across Korea. Typically served with korean beansprouts (kongnamul) and watercress (minari), this dish packs a spicy kick, and the fish tends to be chewy with a lobster-esque texture. Looking for a dish to go with your nightly beer or soju binge? Agu-jjim apparently makes for perfect beer food. Who knows? Maybe all that spice will knock the hangover out of you before you even know it. 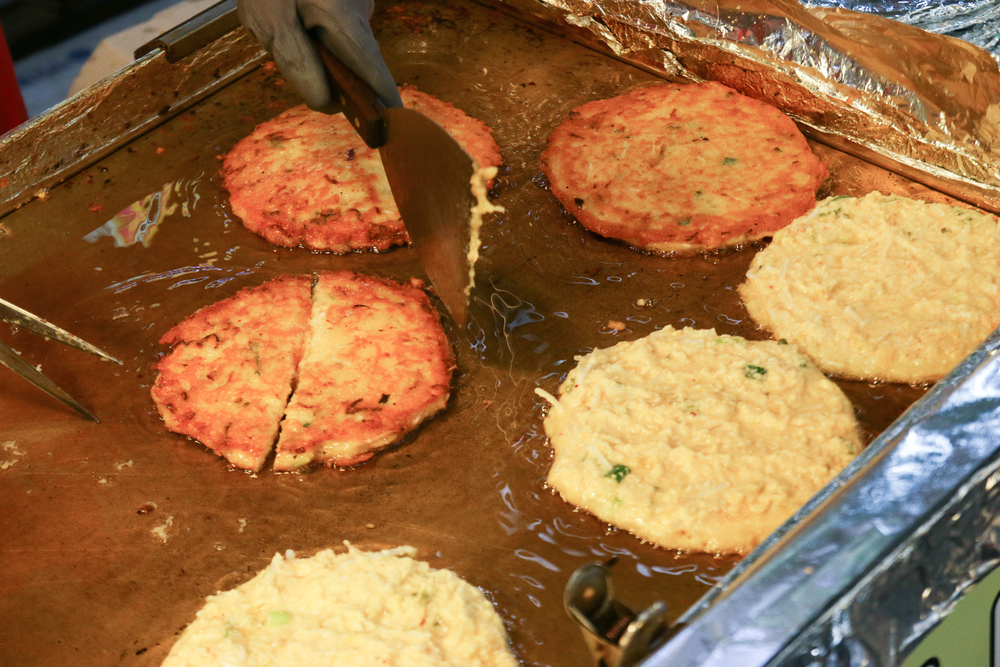 Another dish that is highly compatible with alcohol, Bindaeddeok, or mung bean pancake, is Korea’s answer to the American hash brown and Swiss rosti. Same old oily, crispy goodness, with twice the pungency and thrice the flavour! 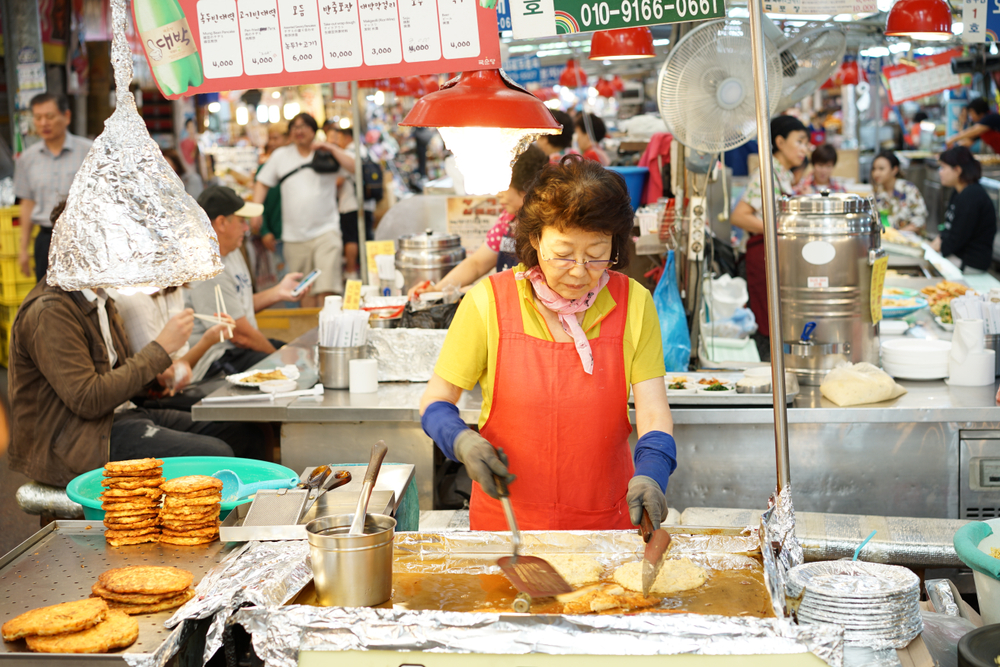 Bindaeddeok can be found in the traditional markets of Korea – Gwangjang market in Seoul has tons of stalls selling it, and a couple are so famous there’s a perpetual queue of folks waiting their turn for a bite. Once a staple of the masses in the years after the Korean War, this ubiquitous street snack is well-loved by Koreans — and just about anyone who has the good fortune of stumbling by.

Many of us already have a good inkling of what Korean dishes look and taste like, but nothing comes close to coming over and trying things across this country’s many provinces. From the seafood of Mokpo and Pusan to the traditional delicacies of Gyeongju and Jeonju, there’s a lot more for the gastronome in all of us to discover in Korea’s culinary backyard.