Experience Hobart’s Culinary Delights in Summer, with the Kids!

Hobart, the capital city of the island state of Tasmania, is Australia’s second oldest city. Founded by the British in 1804 as Penal Colony, Van Diemen’s Land (as Tasmania used to be known) became a by word for hardship and deprivation: thousands of convicts were transported from England and Ireland where they endured the most miserable existence at the end of the earth. A trip to Tasmania in the 1800’s was a dreaded one-way affair.

Over 200 years later and Hobart once again finds itself hosting an increasing number of foreign visitors. But this time they are drawn by some of the world’s most beautiful natural surroundings coupled with a flourishing arts and culinary scene.

Tasman Bridge, a five-lane bridge crossing the Derwent River, near CBD of Hobart.

Hobart is situated between the Derwent River and the impressive Mount Wellington, which often has a light frosting of snow on its summit – even in summer! Like many cities with a maritime heritage the waterfront precinct is where its beating heart lies. Sandstone colonial era buildings have been carefully preserved and host trendy boutiques, bars selling fine Tasmanian wines and an increasing number of innovative restaurants serving some of the best produce you will find anywhere. Tasmanian meat and seafood is often featured on the menu in London and New York’s finest eateries, so best to taste it at source!

My husband is a Tasmanian who moved away from Hobart many years ago. We often return in summer for the Christmas holidays to visit family and each time are amazed by the number of venues that have opened riding the wave of Hobart’s revival. According to Husband, Hobart has always been a beautiful place but in the last decade or so has also become “cool”. Artisans, entrepreneurs and and hipsters from mainland Australia and further afield are being drawn to Tasmania by the so-called “Mona effect” (Museum of Old and New ART). The museum opened in 2011 and has been a magnet for creatives seeking an authentic and more affordable lifestyle that the expensive mainland cities can offer.

During the summer months Hobart enjoys a (mostly) warm climate with bright blue days and cool crisp nights. When the sun is out it is hot and burns the skin, so sunscreen and a hat are de-rigour – “slip, slop, slap” as the locals say.  For a mother raising three young Australians in Singapore, the night time temperature drop is a dream when it comes to getting a good sleep sans air-conditioning.

There are countless options for families to enjoy delicious Tassie food and wine in Hobart, particularly during the summer months. Hobart lies at 42 degrees of latitude (way down south) which basically means the days are long in summer. Lots of daylight means plenty of time for long family lunches and dinners. Tassie cuisine can therefore be enjoyed before kid’s bedtime meltdowns and without having to navigate a long car journey. Here are some of our favourite places to eat: Only 25-minute drive from Hobart, you’ll find the home of Willie Smith’s cider.

Willie Smith’s is located 30 minutes from Hobart CBD by car, in the beautiful Huon Valley. The Apple Shed is a large rustic barn where the family can enjoy food made on site from regional, seasonal and sustainable produce. The Apple shed is surrounded by green pastures and old wooden outbuildings and is the home of Willie Smith’s Apple Cider which is regularly voted one of the best drops in Australia. 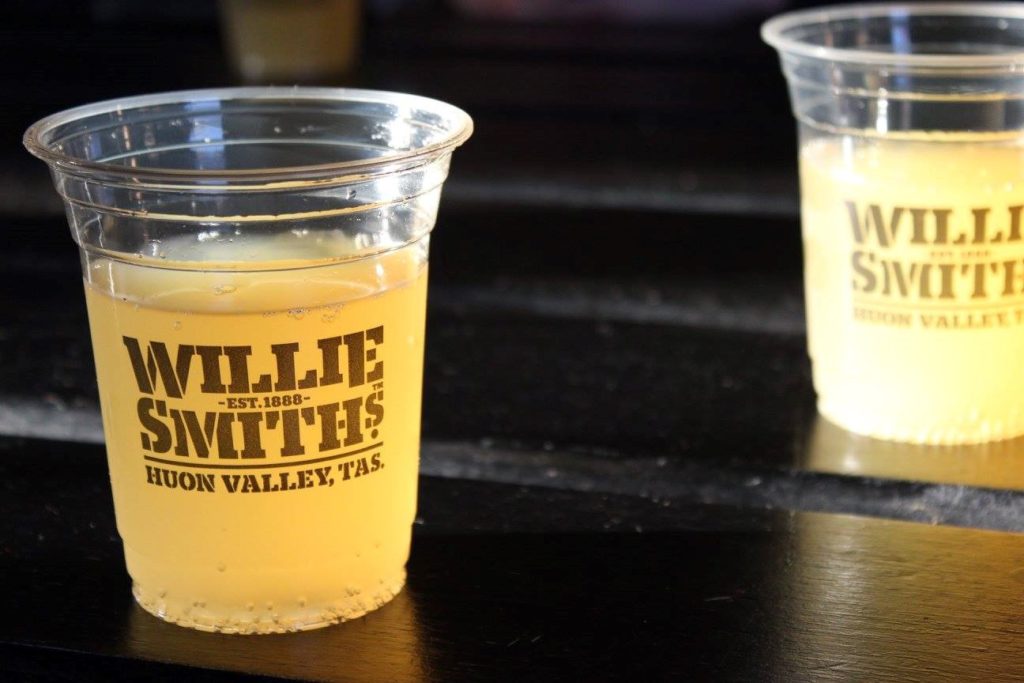 During our last visit we enjoyed a cider tasting paddle and learnt about the history of the Huon Valley and its apple industry. Indoor and outdoor seating and a casual environment with a lot of space to be enjoyed by families and groups large or small. The organic apple pie is to die for! 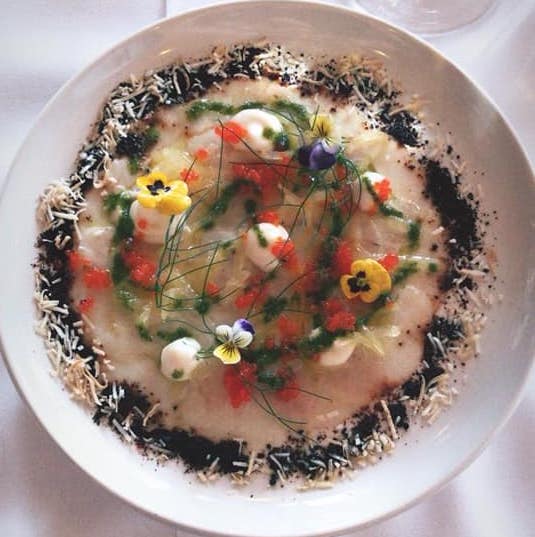 Located 20 minutes from Hobart CBD in the heart of the Coal River Valley, Frogmore Creek is in the perfect setting for a family lunch. the restaurant opens onto an enormous lawn with an exquisite backdrop of rolling hills, the vineyard and waterways. 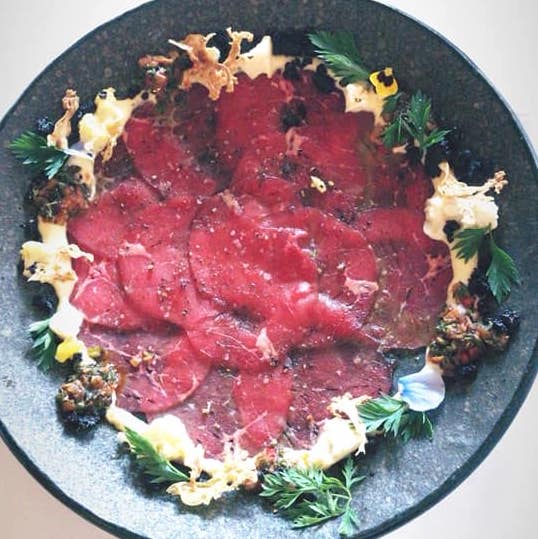 The incredible menu based on ingredients selected from the land, sea and garden is a tribute to the beautiful produce of Tasmania (most dishes can be made gluten free). Frogmore Creek is one of Australia’s most awarded wineries so make sure you bring home a bottle or two of Pinot Noir for the collection.

3. The Taste of Tasmania 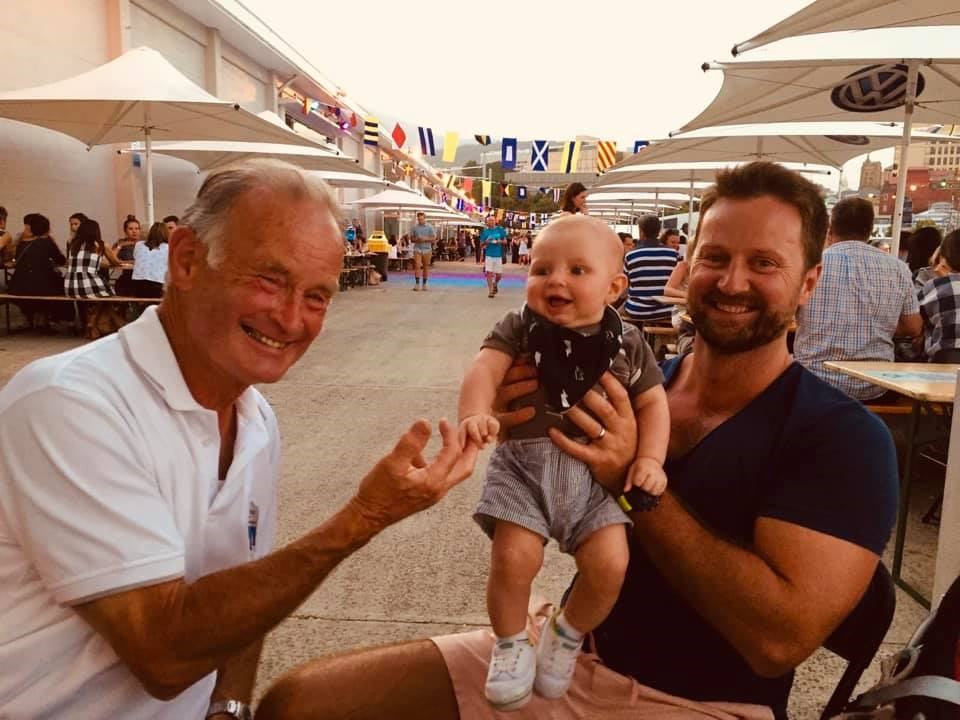 The taste of Tassie family.

The Taste of Tasmania is the largest food and wine festival in Australia. The next Taste festival will run from (estimated) December 27, 2019 until January 2, 2020. Set-up temporarily between the Derwent River waterfront and Salamanca Place, in Hobart, the Taste of Tasmania is a vibrant celebration of Tasmania’s culinary excellence. More than 100 food and beverages stalls are featured. If I was limited to one meal at The Taste, I would choose the Fish Frenzy stall every time which was conveniently located close to the Willie Smith’s cider stall in 2018! There are many family friendly entertainment options, including twilight outdoor cinema screenings, a skate ramp and staged performances. From The Taste you can watch the Sydney to Hobart Yacht’s finish the race. I was impressed by the Zero Waste strategy and the recycling and composting bins across The Taste site. Entry is free except for on New Year’s Eve. The Taste is an excellent spot to enjoy the kids New Year’s Eve fireworks that start at 9:30pm and are equally impressive to those at midnight.

For those that love to eat well, Hobart has plenty to offer families travelling with young children. In summer Hobart is becoming increasingly popular so it’s best to plan and book your flight ahead.

– The island of romance – Tasmania’s most charming stays

– Halal restaurants for your next trip to Australia