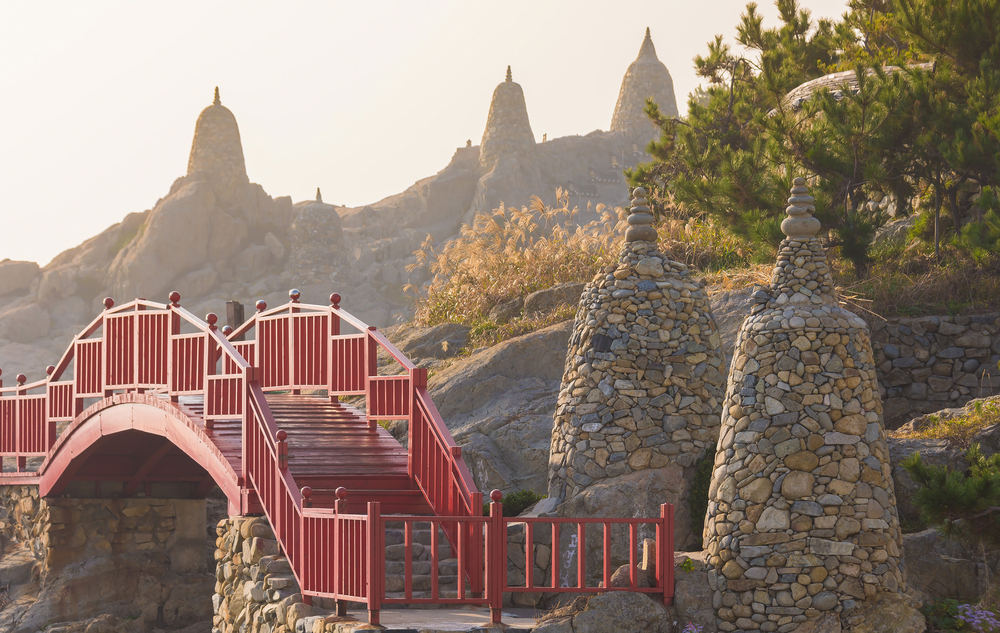 South Korea is Full of Weird and Wonderful Sights: The Quirky Sides of the Country, As Seen by a Singaporean

It’s no surprise that every country has its fair share of quirks—after all, we Singaporeans love sipping our Kopi-C (or Kopi-O for you mature folk) out of plastic bags and reach out to just about any middle-aged lady with an intimate “Auntie”.

But South Korea’s a different story. In a place where people care more about meeting next month’s rent than whether Rocket-Man up North will rain nuclear apocalypse upon them, South Korea’s peculiar bits can be found in all shapes and sizes. Some will leave you squirming with unease, yet others will leave you wondering, why do Koreans get so much of the good stuff?

So put your drama-perfect impressions aside — here’s what the unpolished, quirky side of South Korea really looks like. 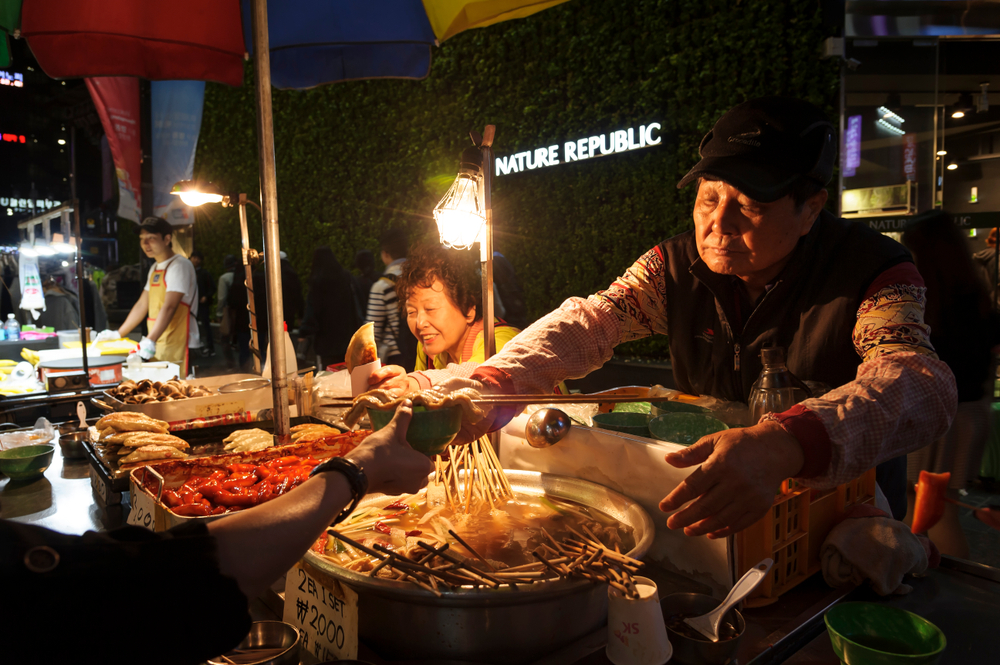 A transliteration of the Korean words for “covered wagon”, Pojangmachas are essentially the South Korean counterpart to Singapore’s Pasar Malam food stalls. These tented joints usually appear only after sunset, enticing hungry customers in with bright lights and the tantalising aroma of ubiquitous Korean dishes. 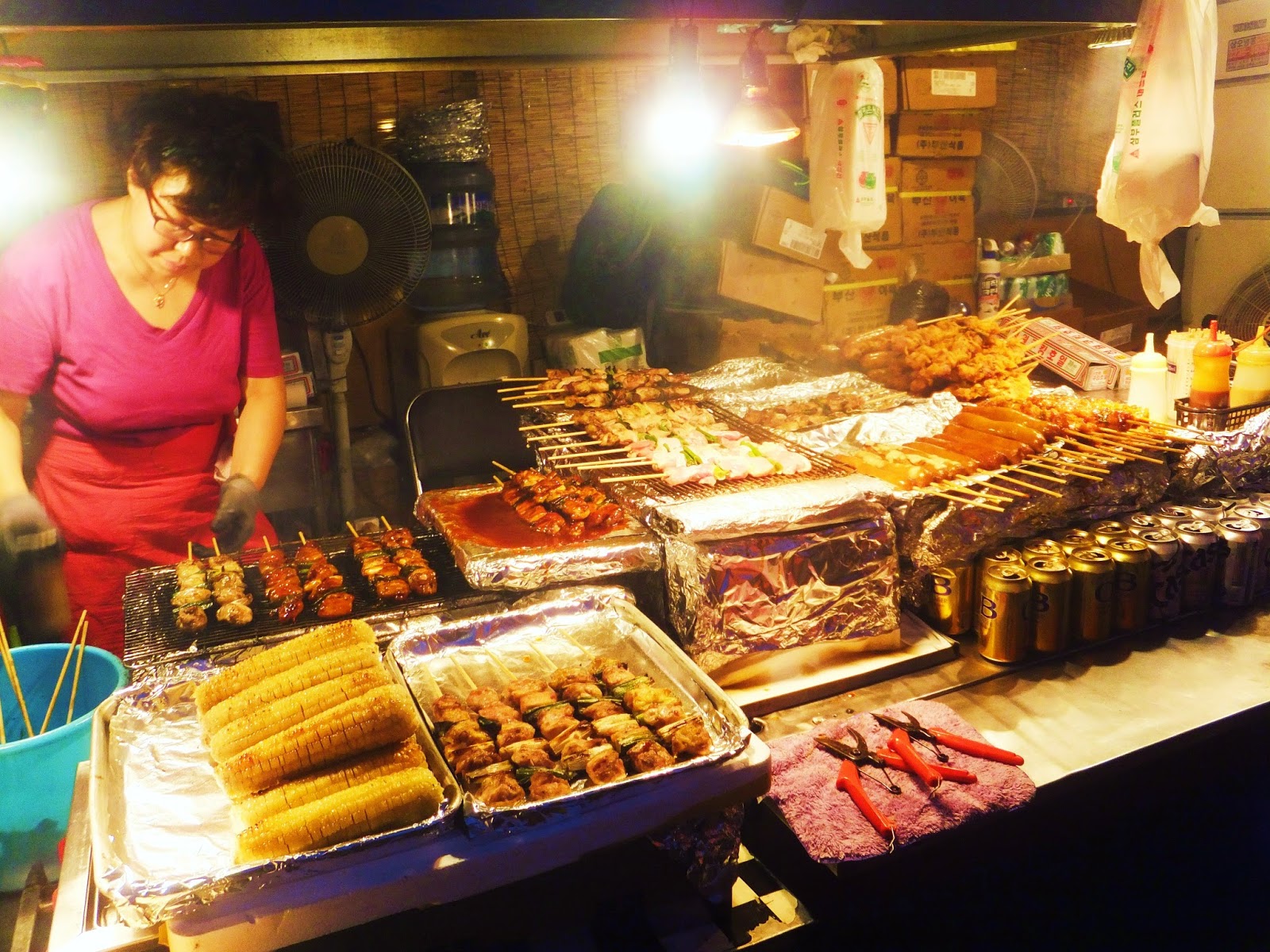 Pojangmachas typically serve up an array of fried or grilled dishes and bunsik (convenience foods like Korean fishcakes (eo-muk) or stir-fried rice cakes tteokbokki). A vestige of bygone times, they are known for their cheap eats, free-flowing liquor and lots of late-night banter. Highly affordable and visually loud,  Pojangmachas are quite literally a pauper’s banquet. 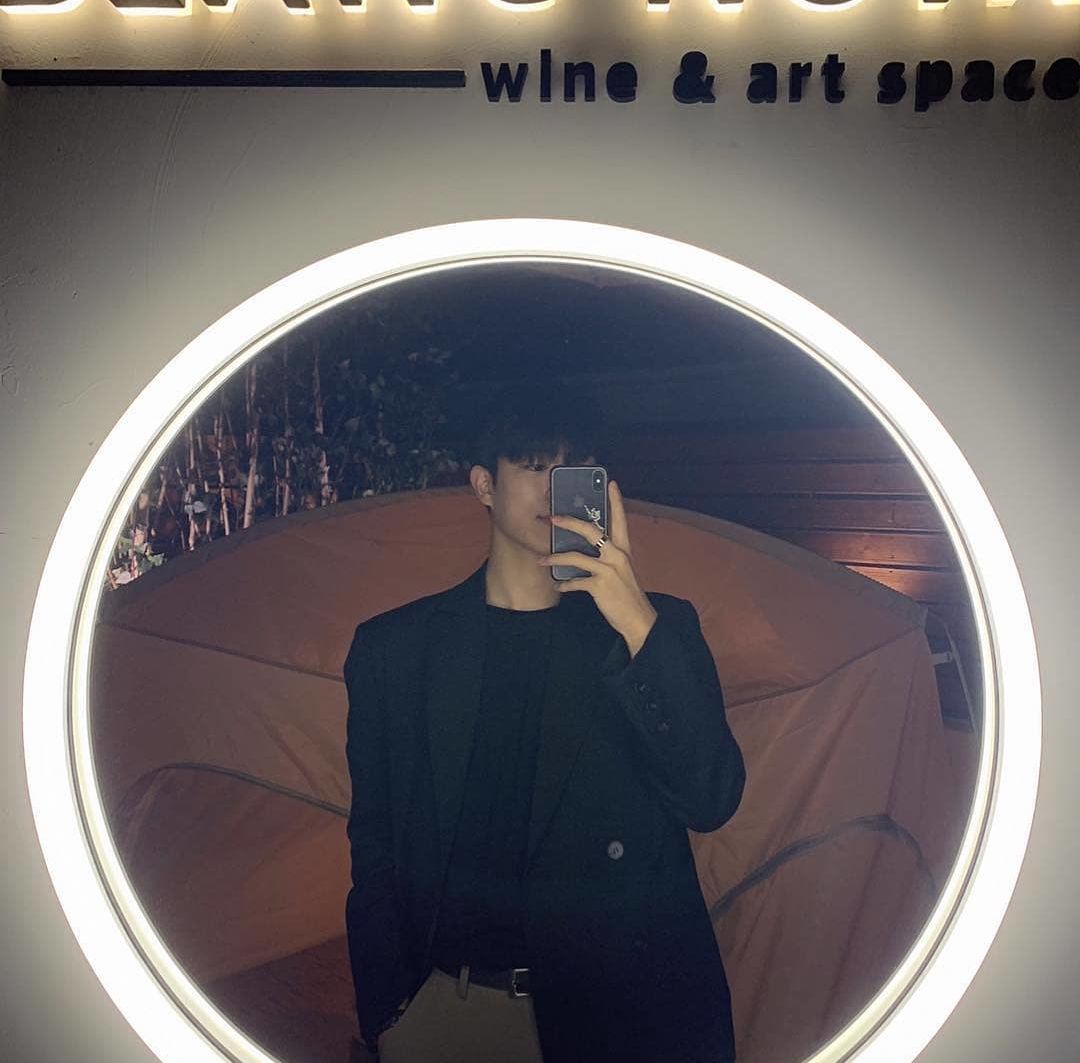 In a country addicted to vanity and obsessed with ever-higher beauty standards, I’d say this one was more of a culture-shock rather than something that’s downright peculiar. Mirrors are literally found everywhere in this country – in elevators, at staircase landings in schools, in subway stations, heck, even beside the exit at restaurants!

People doing their makeup in public in front of these mirrors is nothing out of the ordinary — guys would fix their hair or check their shaves, and the ladies would touch up their blush or add a dash of lipstick. Scrutinising and commenting on one’s appearance is a constant ritual in South Korea, and these mirrors are just part and parcel of life in a country that’s all about looking perfect. 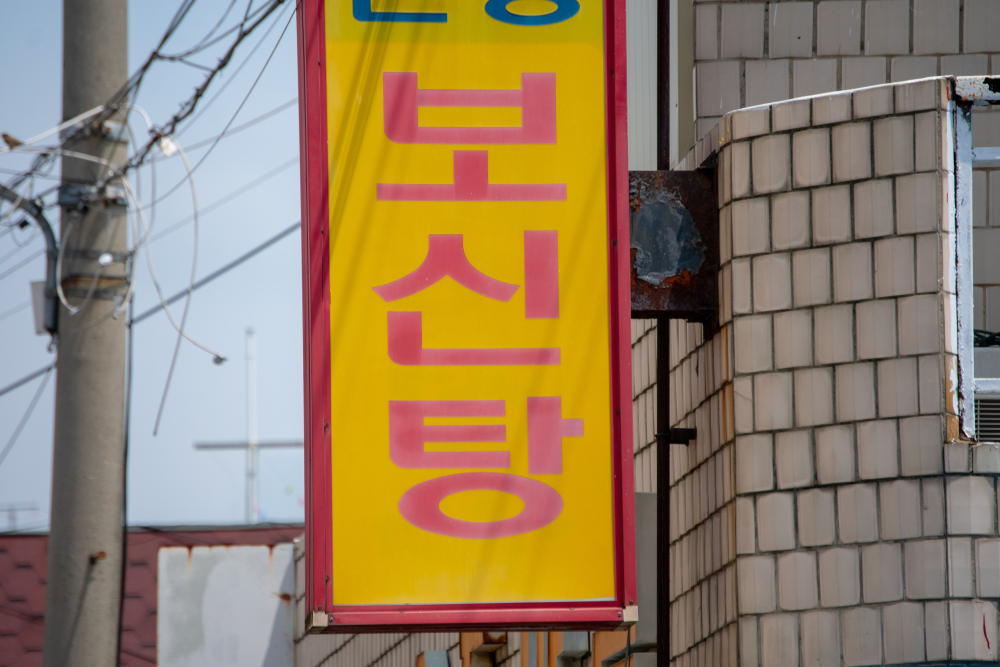 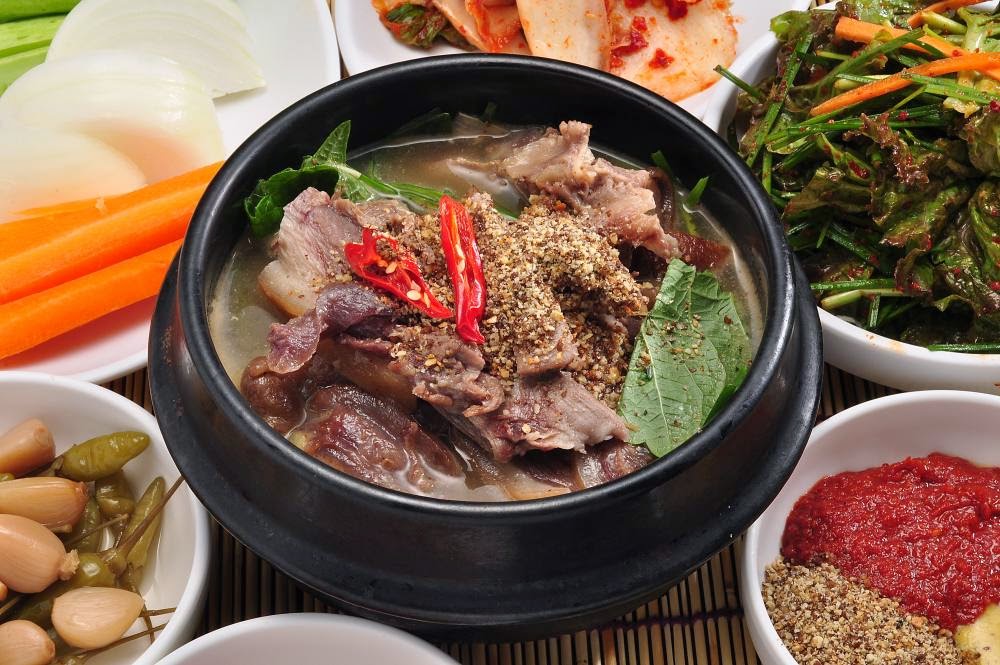 Even though South Korea treats a certain breed of dog as a national treasure, the dog meat trade here is certainly alive and well. While not as thriving as it used to be due to changing social norms and increasing pressure from local and international animal welfare groups, dog meat stew, or Bosintang as it’s locally known, can not only be found in the cookhouses out in the rural countryside, but also in cities like Seoul and Pusan. What’s even more unsettling about this dish is the belief that the greater the torture inflicted on the dog, the more delicious the dish will be. 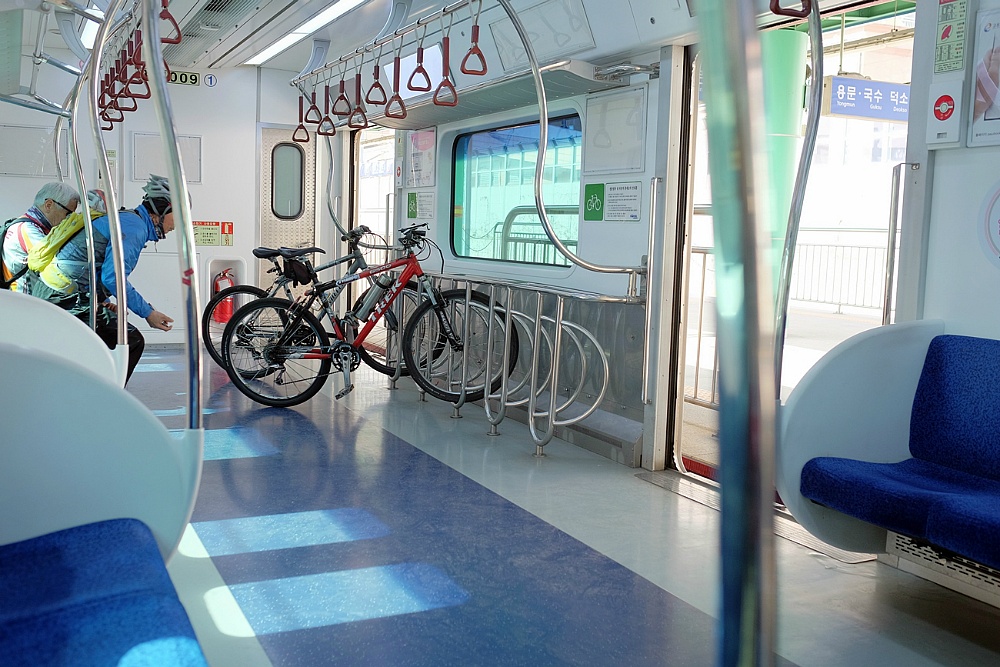 You’ve probably heard of priority seats, female-only carriages and Pokemon-themed trains. But have you ever seen a train with whole carriages of bicycle racks? 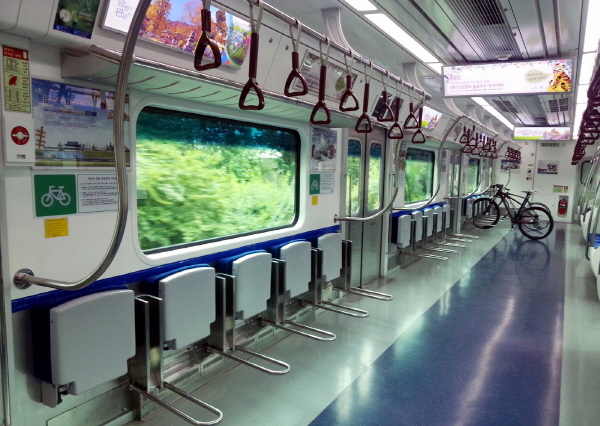 South Korea boasts a wide network of efficiently-run trains and buses, and many of these will take you from the heart of bustling cities to the tranquil fields of the countryside in just a couple of hours. Intra-city lines like Seoul’s Gyeongui-Jungang Line and intercity train services such as the KTX typically have at least one carriage equipped with bicycle racks — a welcome convenience for casual and cross-country cyclists alike.

5. Delivery services for just about ANYTHING, ANYWHERE, ANYTIME 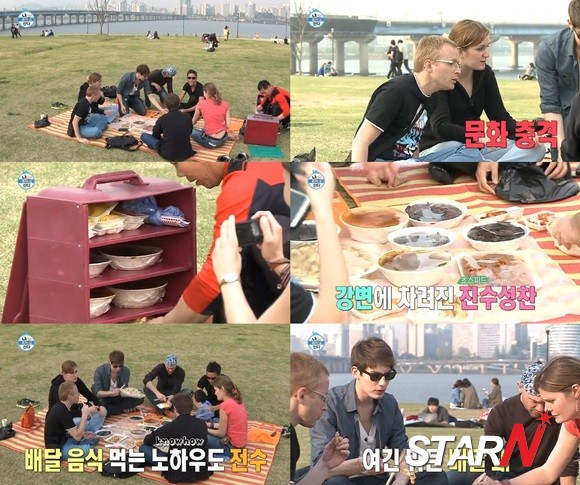 No specific address? Korean Bae-Dal delivers even if you’re standing on a random patch of grass in the local park.

Don’t have cash with you? Move over hard currency, they’ve got portable card readers that’ll settle your payment in just one quick swipe.

Want to eat fresh and healthy? With nearly everything known to our palate on the collective menu, fast food more often than not becomes the last-ditch option.

Feeling the midnight hunger-pangs? Korean Bae-Dal is your all-weather friend, so don’t hesitate to ring up a delivery service anytime.

Flawless idols or godlike pro-gaming talents are just the tip of the iceberg when it comes to what South Korea’s all about, and It’s really the little things that make Korea uniquely Korean. So drop by a pojangmacha the next time you visit, or give the ridiculously efficient Bae-Dal service a go — you may want to think twice before digging into a bowl of bosintang though!