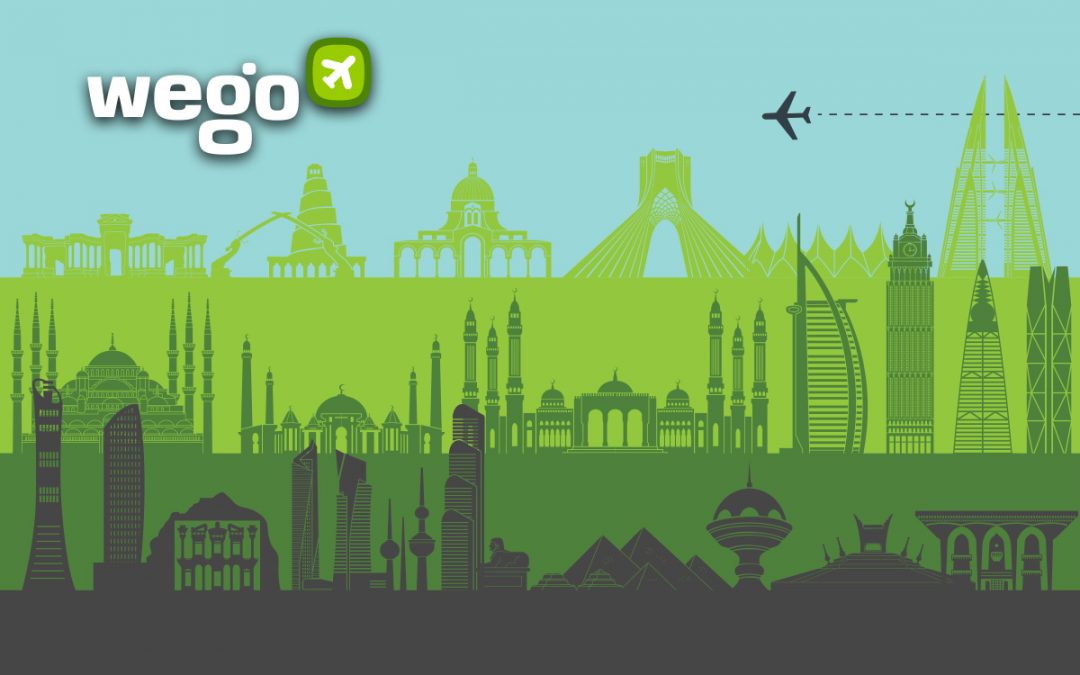 Middle East Tourism 2022: 15 Best Places in the Region Worthy of Your Bucket List

The Middle East, a vast region stretching across part of Asia to portions of North Africa to the Sinai Peninsula, conjures up visions of some of the most glorious natural landscapes, riveting architecture, and ancient structures dating back thousands of years.

Through Dubai and other emirates, the UAE is of course well known as the region’s most popular destination where visitors indulge in luxury hotels and great shopping deals. Elsewhere, Lebanon is full of surprises with its ski resorts located in the mountains or the parties held in Beirut. For its part, the mountainous region of Oman and the fjords of the Musandam Peninsula present a beautiful rugged landscape and provide hiking options that can be quite challenging. 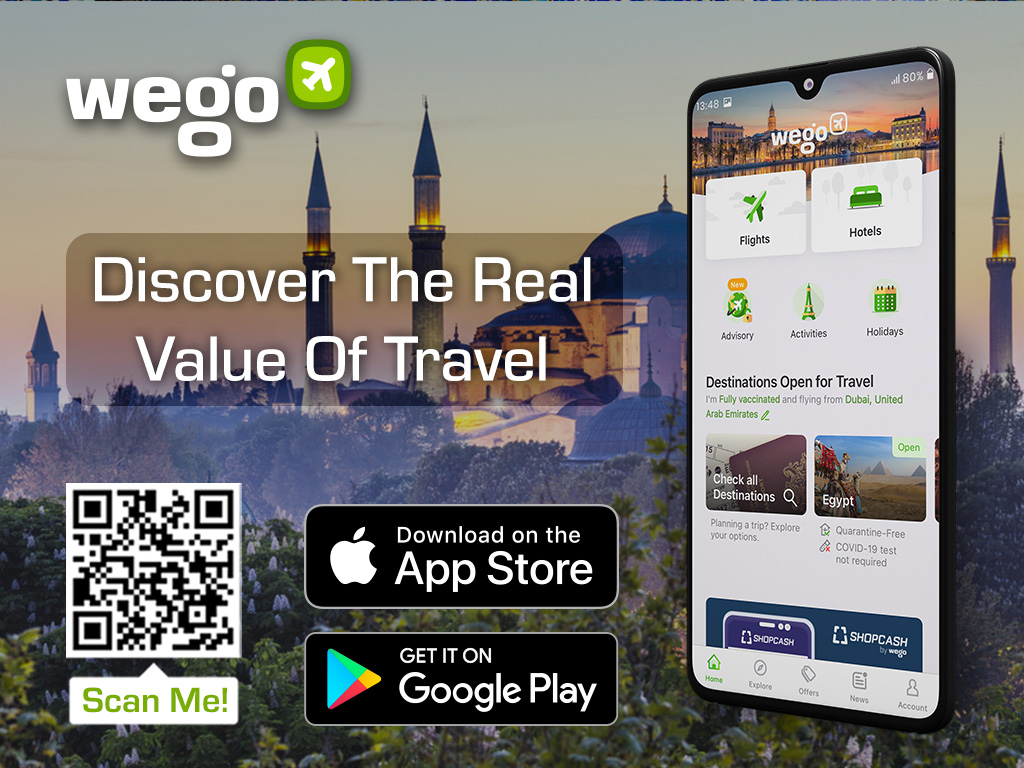 Without a doubt, the Middle East promises visitors discoveries of all kinds of different atmospheres and attractions. What’s more, the region is also well connected in terms of air travel, which means finding flights and hotel deals through a reliable travel website like Wego is nothing short of a breeze. Here, we’ve compiled some of the best places to visit in the region that may provide you with a general idea of what tourism in the Middle East has to offer. 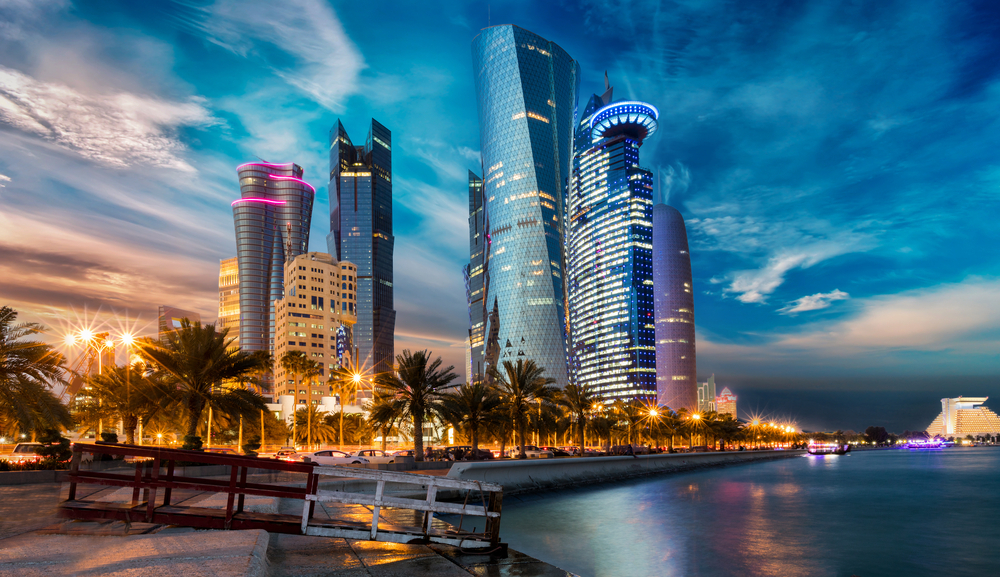 Apart from serving as the host of the World Cup 2022 proceedings set to be held later this year, Qatar is a country that has witnessed integrated changes for the past two decades. Today, Qatar is a destination offering prime facilities, elegance, and luxury blending harmoniously with its Bedouin legacy.

Apart from the sights and modern marvels of its sublime architecture, popular attractions, local tours, food options, and other unique experiences are easily discoverable through platforms such as Klook. In short, beyond the World Cup, a trip to Qatar represents an excellent introduction to the Middle East tourism scene.

A resilient enclave where connoisseurs of art, culture, and gastronomy congregate. Here, visitors may indulge themselves in authentic Bedouin cuisines, visit the Greek-style Amphitheater, and feast their eyes on two beautiful mosques; the Katara Masjid and the Golden Masjid.

With its labyrinthine alley and shops full of fabrics, spices, sweets, utensils and souvenirs, the Souq Waqif lives up to its 250-year reputation as an authentic hub of activities for the locals. Needless to say, the key to forging fond memories of your trip to the Souq is haggling your way to the best possible bargain.

For those less inclined to haggle, you may instead opt to visit The Pearl; a modern shopping center designed in harmony with the warm atmosphere offered by the Mediterranean. Often referred to as the ‘little Venice of Doha,’ The Pearl patiently awaits lovers of the sybarite life to arrive and experience its shopping, entertainment and high-end gastronomic proposals. 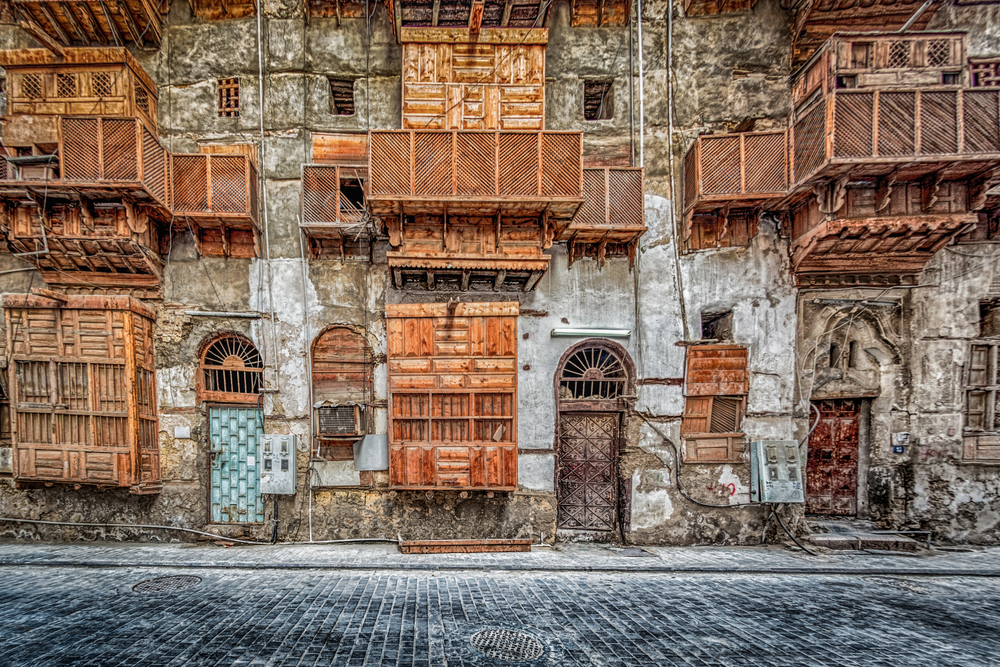 The Kingdom of Saudi Arabia is of course well known for its religious tourism, namely the Hajj and its minor counterpart the Umrah. However, with the winds of change sweeping through the kingdom, things may soon change. In a bid to diversify its economy, the Saudi authorities are now focusing on expanding and developing the country’s massive tourism potential by way of the Saudi Vision 2030.

This initiative aims to open up Saudi Arabia to the world by promoting its existing tourist attractions such as the charming Red Sea beaches, and the relatively undiscovered region of Al Ula. Saudi Arabia is also well underway with the construction of huge tourism projects such as the Red Sea Project, the Line at Neom, as well as other ambitious undertakings.

In times of old, Jeddah served as a meeting place for pilgrims and merchants for centuries. We particularly recommend visiting the historic Al Balad area which is the heart of old Jeddah. Here, a nostalgic sentiment permeates the air complemented by age-old coral structures casting a pleasant shadow over the bustling souks where merchants trumpet their wares.

As with old Jeddah, Tabuk at some point played a crucial role for Hajj pilgrims coming from Damascus looking to reach the cities of Makkah and Madinah. Due to its pedigree, Tabuk is now a reputable tourist destination with a culture heavily influenced by the Egyptians who came from the west as well as the Ottomans from the north. Apart from its historical link to the past, the Tabuk region allows visitors to access pristine beaches and witness snow-capped mountains in winter.

The city of Taif is perhaps a place with the most benevolent climate in Saudi Arabia. With an elevation of 1,700 meters above sea level, Taif is inevitably the country’s premier destination when it comes to escaping the relentless desert heat in summer. The mountainous region surrounding it also means wildlife absolutely thrives there. When travelling via its mountain road, travellers often report baboons and other wildlife sightings on their way to or from Taif. 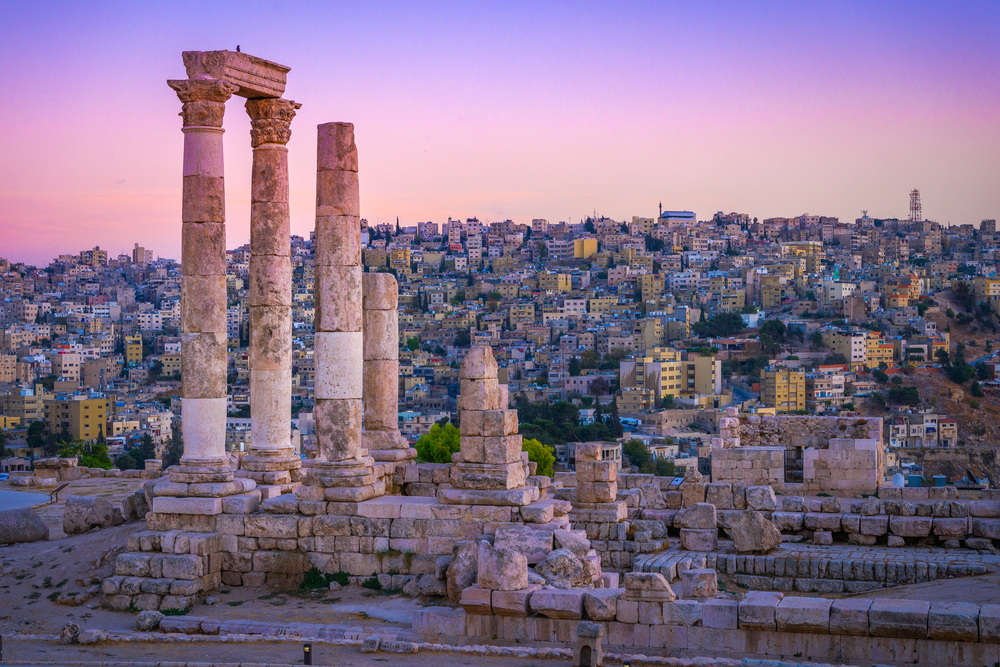 The land of Jordan is no stranger to visitors—from camel caravans transporting incense on the legendary King’s Highway to the Roman legionnaires, Nabatean merchants, and Muslim armies on their quest for the Levant. In their wake, they left behind spectacular monuments including Roman theatres, Crusader castles and Christian mosaics among many others.

Carved by hand into the red sandstone cliffs around 300 BC by the ancient Nabataeans, the ancient city of Petra exerts a mystical appeal and enjoys worldwide fame and reverence. The crown jewel of countless travellers’ Jordan itinerary, none can claim to have visited Jordan without dedicating at least one full day to explore the mythical Petra.

On the coastal waters of the Dead Sea, visitors float with zero effort like a buoy in a swimsuit. You’ll find what a pleasure it is to effortlessly float with a book in hand pampered by the gentle waves. In any case, floating is the only thing you can do when testing the waters of the Dead Sea since its high salt content makes it practically impossible to swim in the viscous waters. After your floating session, avail yourself of some pampering at one of the luxurious spas flanking the shore of the Dead Sea.

Amman, Jordan’s capital, offers some interesting places you can check out such as the Roman Amphitheater, the Jabal al-Qal’a Citadel, and King Abdullah Mosque among numerous others. Amman is also renowned for its local gastronomy, lively downtown, and souqs where you can brush shoulders with the locals. 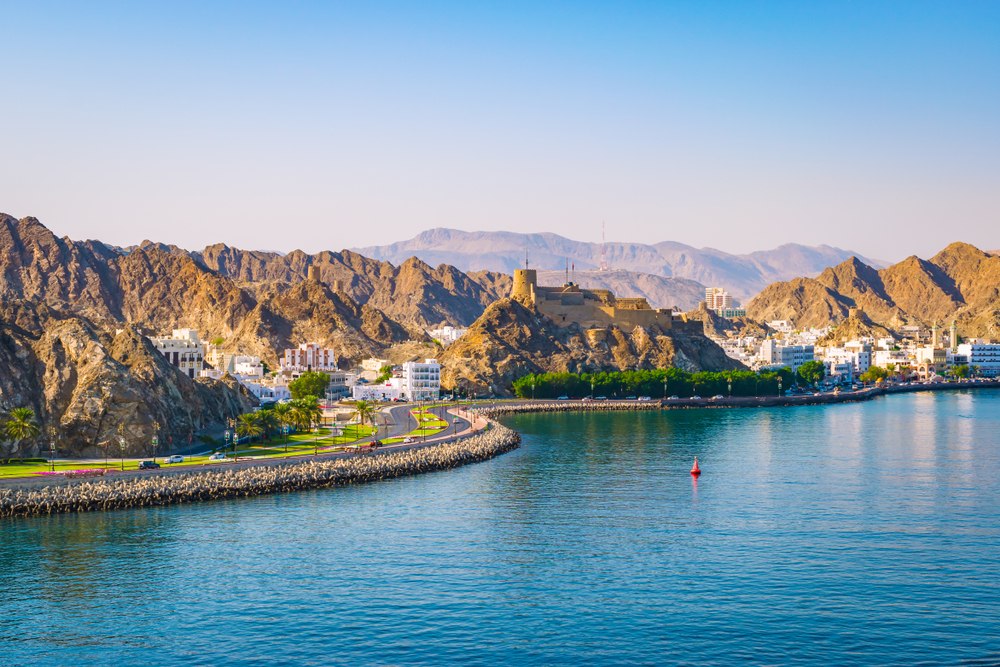 Oman is unique in the sense that the country allows visitors to experience Arabian hospitality without having to view it through the lens of towering skyscrapers or luxurious hotels.

Generally speaking, cities in Oman feature more ‘down-to-earth’ structures thus retaining a traditional charm in which the warm Bedouin values take center stage. With its fjords, mountains, and deserts, Oman is the place to be for travellers looking to experience authentic Middle Eastern tourism.

The Musandam Peninsula is affectionately referred to as ‘the Norway of the Middle East’ due to its uncanny resemblance to the fjords of Norway (albeit without the snow and freezing temperature). Apart from taking in the breathtaking views, visitors to the Musandam Peninsula may also partake in various activities such as riding on a traditional Omani boat, kayaking, swimming and even observing dolphins.

As with other centuries-old souqs in the region, haggling over copper pots and gold bracelets in the maze that is Souq Mutrah is the name of the game. People frequent this traditional souq to get the best bargain for the exquisite fabric, gold and metal work, as well as antique items of Indian and Omani origins.

Stunning beaches complete with watersport activities have prompted some foreigners settling in Oman to dub the island of Masirah ‘fantasy island.’ While beachgoers are sure to feel right at home at Masirah Island, the presence of indigenous fauna such as flamingos, herons and large turtle spawns among many others has long attracted the attention of naturalists and environmentalists as well.

You guessed it, the last entry on our list is none other than the UAE. 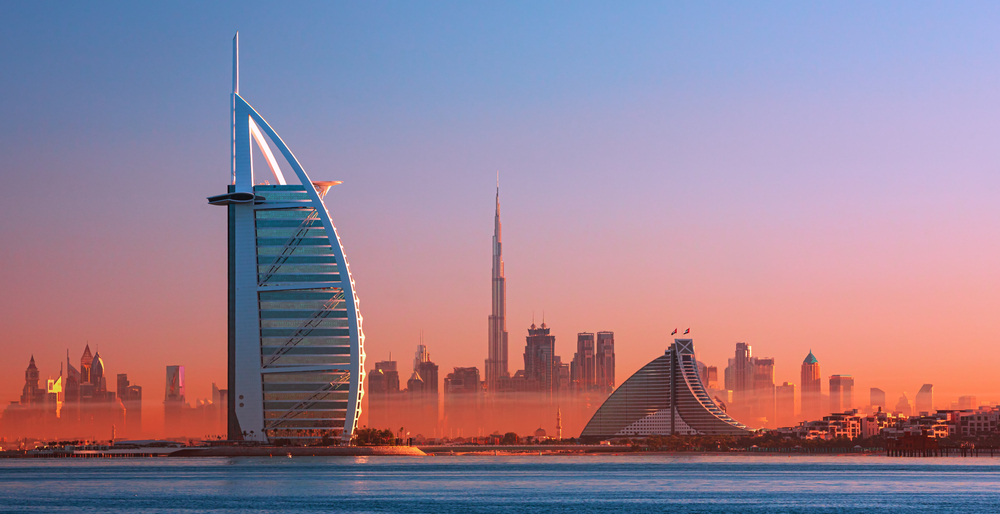 For many, the UAE is synonymous with Dubai with its towering skyscrapers, man-made islands, and over-the-top attractions. But while Dubai does revel in the limelight, other emirates are keen to show that they are also tourism powerhouses in their own right. Let’s take a closer look at the three most popular emirates in the UAE.

With more world records held than any other city, Dubai is essentially the capital of possibilities where everything is bigger, taller, and glitzier. But beyond the near-mythical Burj Khalifa, impressive palm-shaped island, and opulent hotels, Dubai may perhaps be best defined as a microcosm in motion; one that’s highly diverse and peacefully shared by cultures from around the world. With more than 200 nationalities making the city their home, a visit to Dubai means immersing yourself in a myriad of experiences extending to the culinary, history, culture, entertainment, shopping, and so much more.

Abu Dhabi is known for the diversity of its islands that make up the emirate, but one place in particular usually sticks in the minds of visitors, especially if they are looking for fun. Whether by day or by night, Yas Island more than lives up to its reputation as the UAE’s entertainment capital.

However, if you have an affinity for art and culture, then a visit to the iconic Louvre will more than justify your Abu Dhabi trip. As it stands, the Louvre Abu Dhabi is the first universal museum in the Arab world and is simply a dream for art lovers since the museum showcases works of historical, cultural and sociological significance from antiquity to modern time. 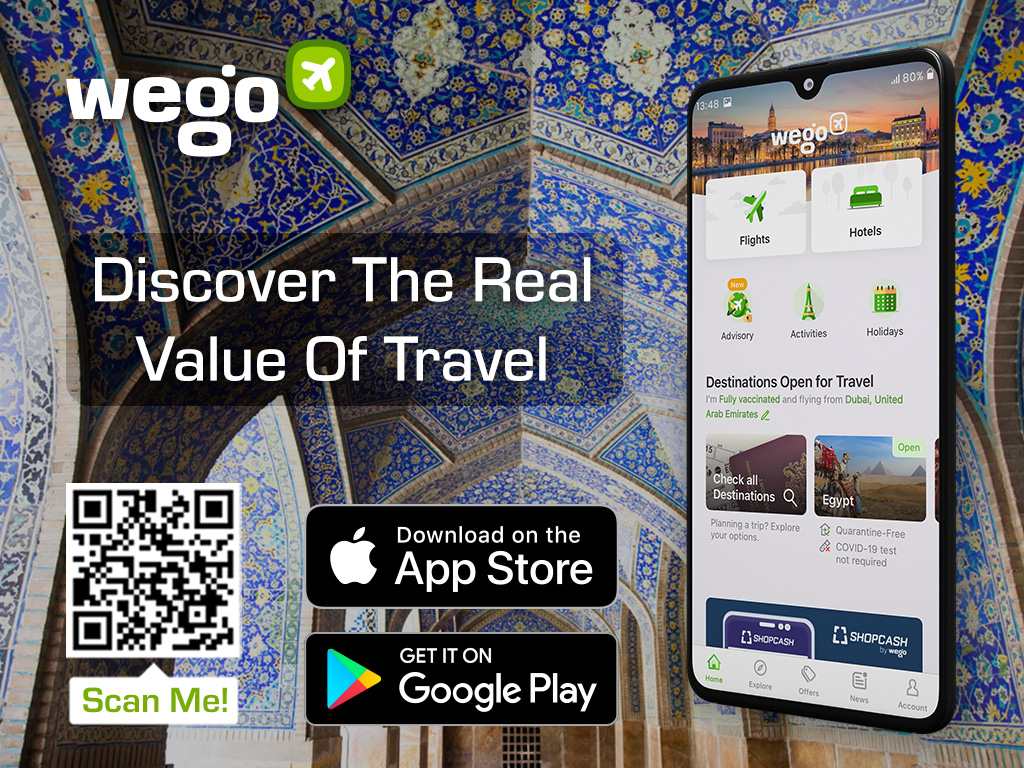